Difference between revisions of "Skagit River" 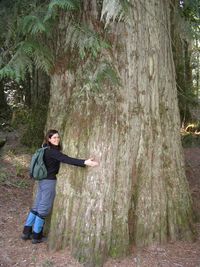 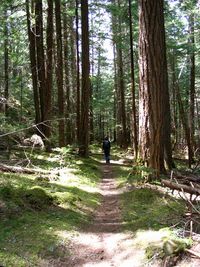 Part of the trail.

The Skagit River Trail runs between Highway 3 and the Silver-Skagit road. It technically starts in Manning Park, but almost the entire trail is actually within Skagit Valley Provincial Park. The trail is about 15 km (one-way) and is essentially flat.

The northern trailhead may be slightly harder to find than expected since (as of May 2007) there is no signage whatsoever on the highway. The pullout is just before a sharp left hand turn (if you are travelling east). This jog in the highway is clearly visable on the NTS map. The turnoff is at GR 399 528 (slightly different than indicated on the map). Also as of May 2007 the road was gated for an unknown reason. There is an enormous tree that looks like it might be ready to fall over and crush anything in the lot, so that could be the concern.

Once you get to the parking lot, head south-ish to find the obvious trail. Soon a bridge crosses the Skagit River with a view of the confluence with the Sumallo river. Now the trail just follows the river at an elevation of 2000 ft along its eastern bank. The trail is well graded and very easy to follow. There are only a few (slightly) overgrown parts, and some blowdown from the past winter. None of this poses a major obstacle and will probably be cleared soon. At the south end the trail ends at the Silver Skagit Road or you can continue on the Centennial Trail.

There is a campground called "Delacy" next to the river at about 4km from the northern end. Probably the biggest attraction of this trail are the enormous old trees everywhere and the Rhododendron that bloom in early June. There is also an old mine and waterfall just off the trail where it crosses Silverdaisy creek.