We went to A.O. Wheeler Hut in Glacier National Park to meet friends and to go skiing. We left on Friday afternoon and arrived at the trailhead at about 11:00. The hut was close to the highway, so it didn’t take that long to get to the hut. It was late, so almost everyone was asleep when we got there.

When we were skiing down, we met a spruce grouse that got extremely close to us but didn’t attack us. This other group of skiers passed us and told about how it attacked them on the way up, and when they skied by, we saw the spruce grouse attack them. The grouse bit and was hanging off of the pants of one of the skiers.

Some of the adults in our group were bothered by mice in the night. We also saw a marten circling the hut.

We made tunnels in the snow. They started with 3 holes, but we made 1 hole an igloo, so then the tunnels only had 2 holes. We also made a snow fort, and the walls were tall enough for us to stand in without being seen. 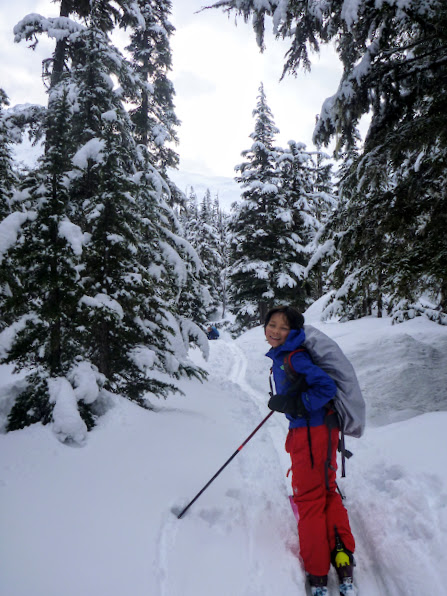 Heading up the valley 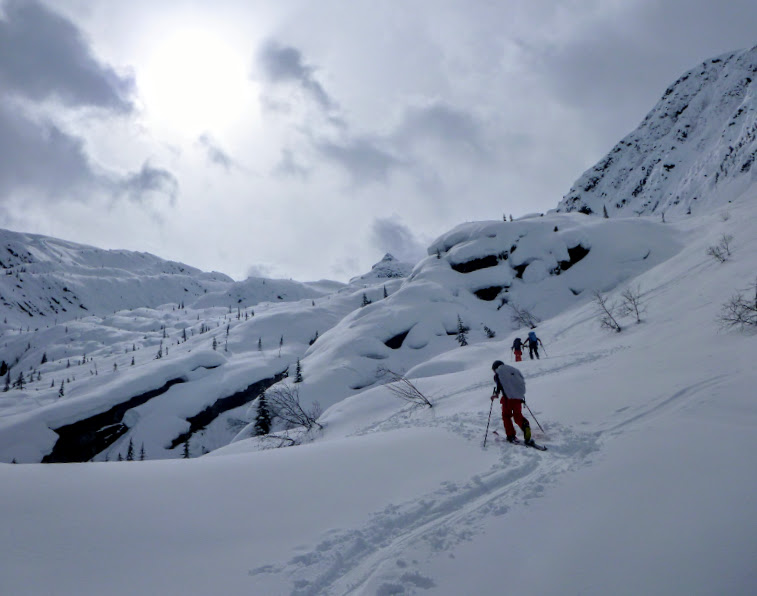 Heading up to the treeline 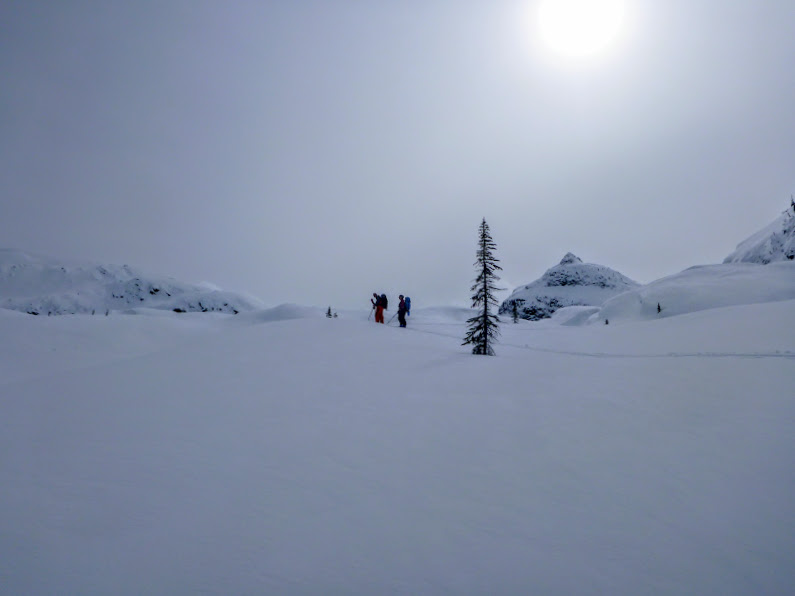 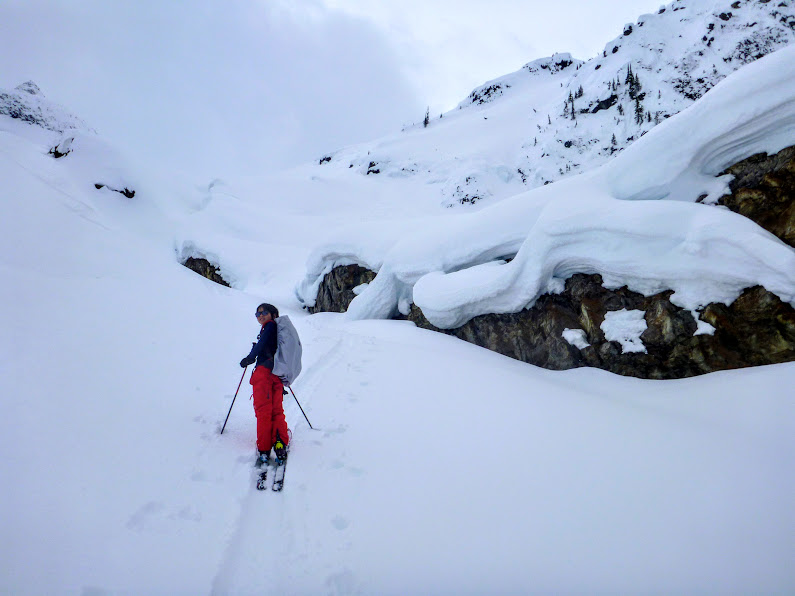 The layers in the snow that remind me of whale baleen 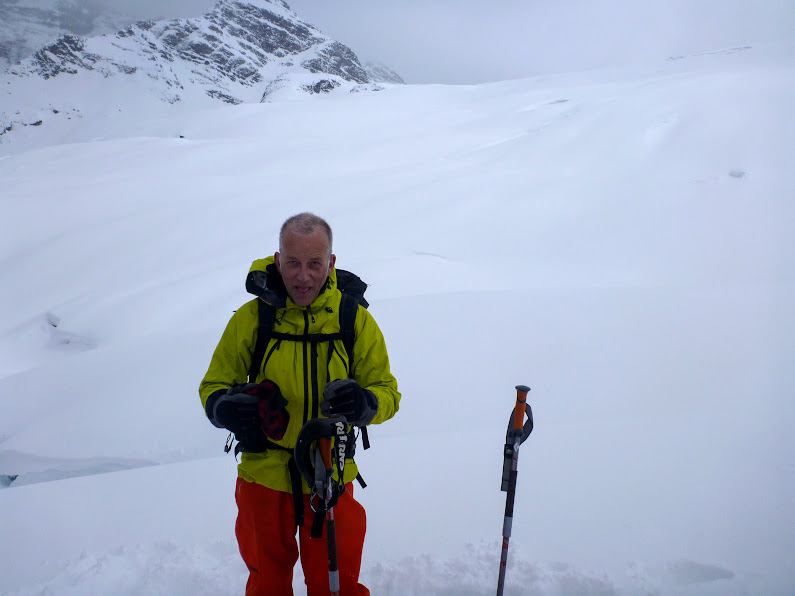 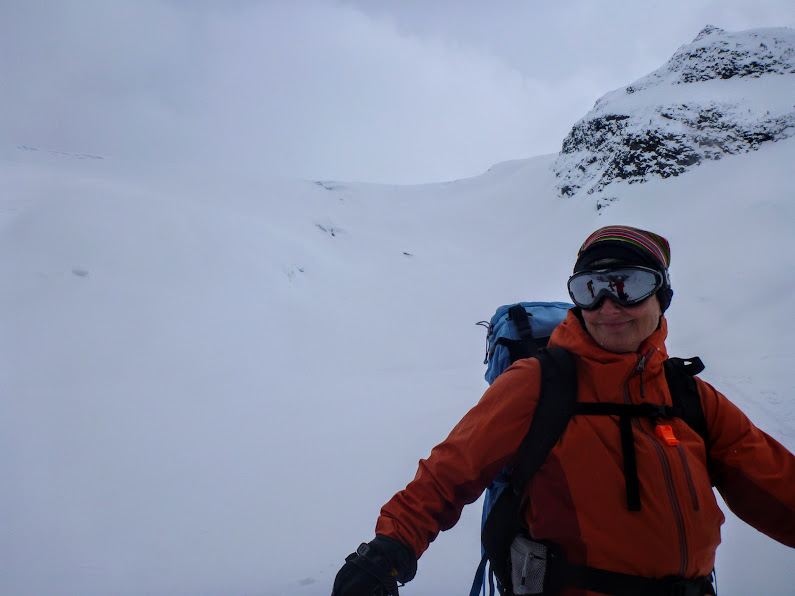 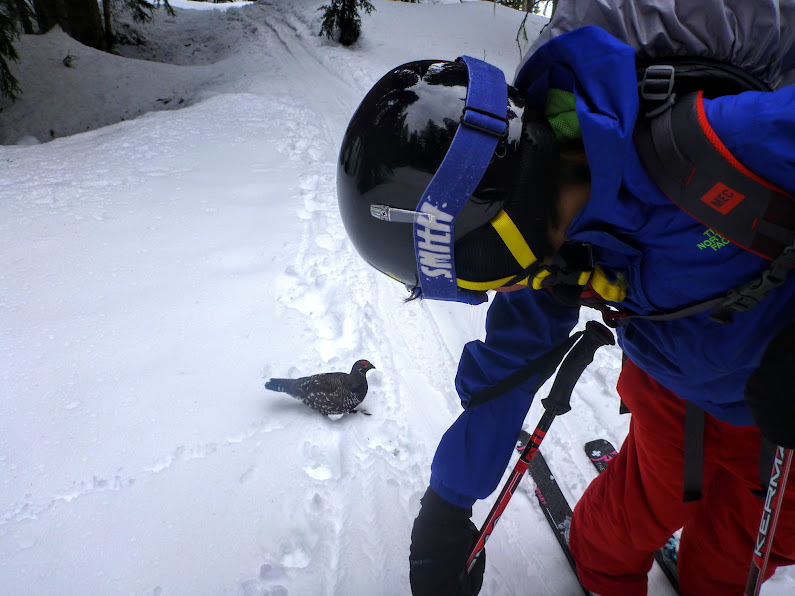 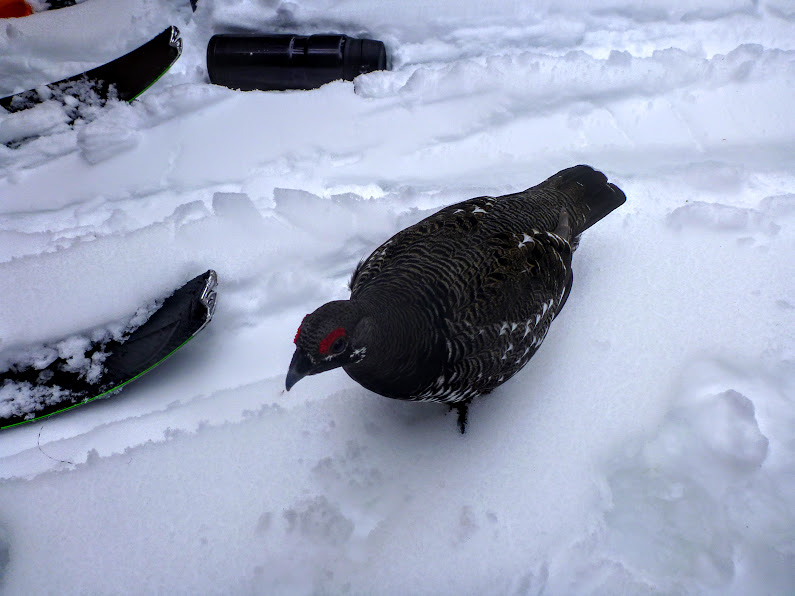 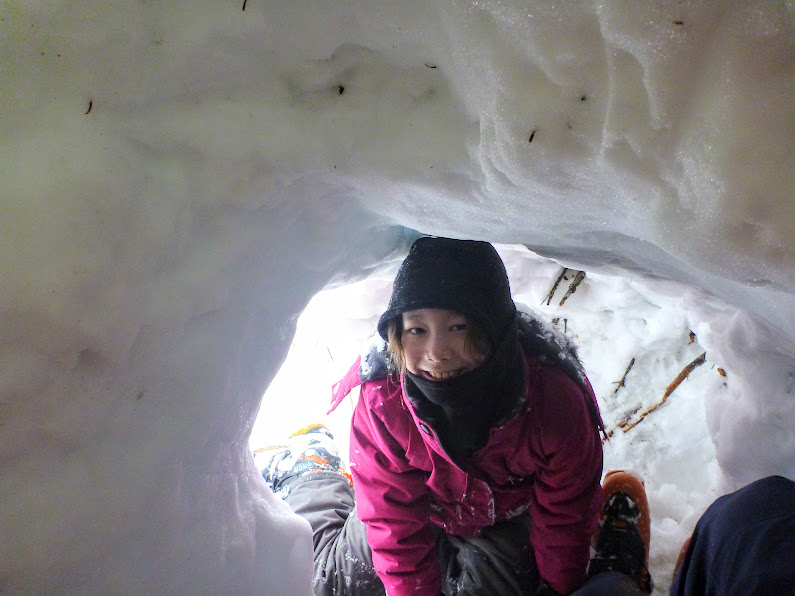 Jasmine going into the igloo 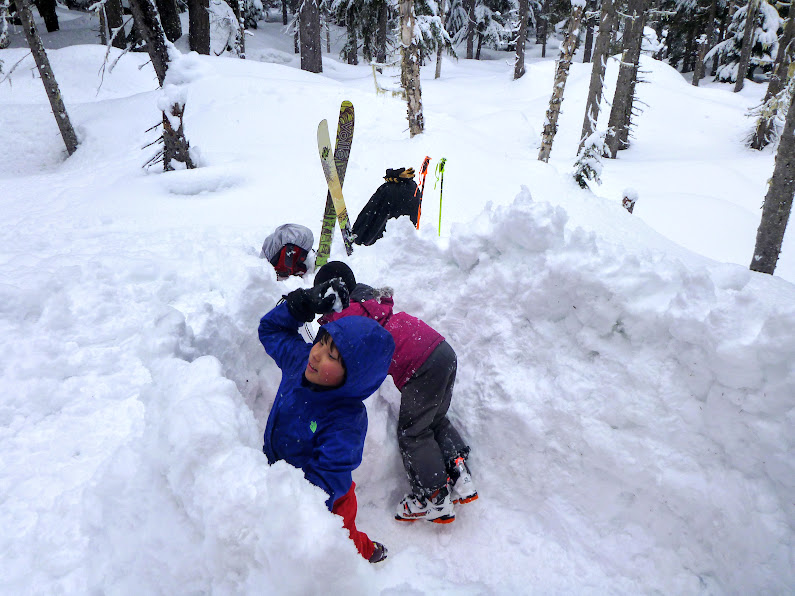 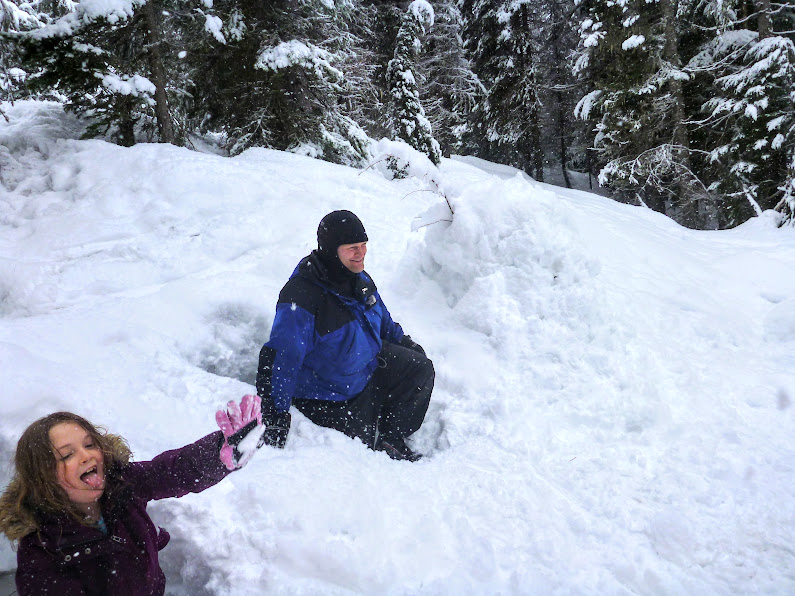 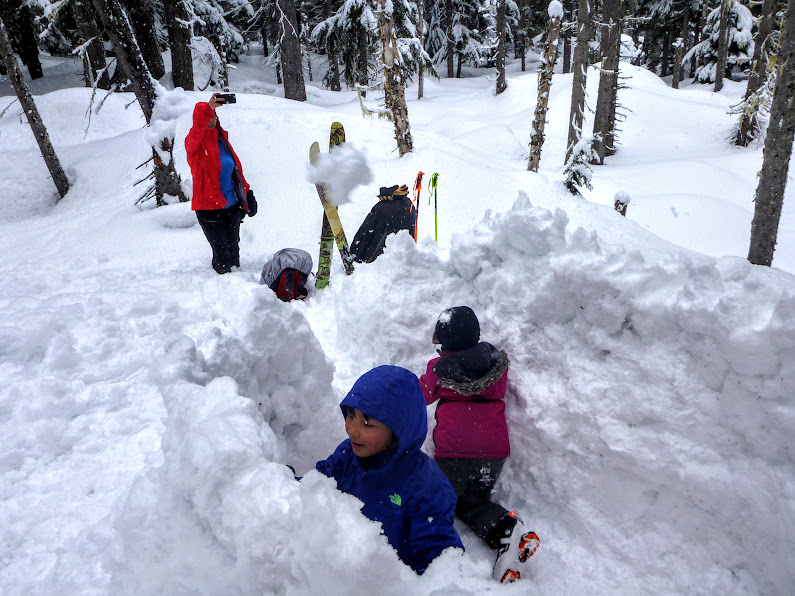 One Response to A.O.Wheeler Hut