After fleeing poor weather in Central BC, we came up with a backup plan to spend our week in familiar territory around the Phelix Creek area, putting up some new routes close to Brian Waddington hut. 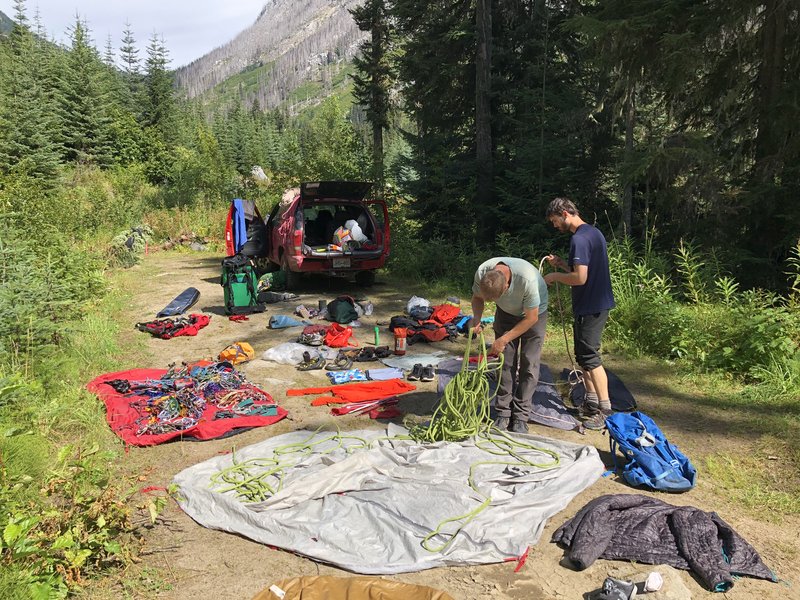 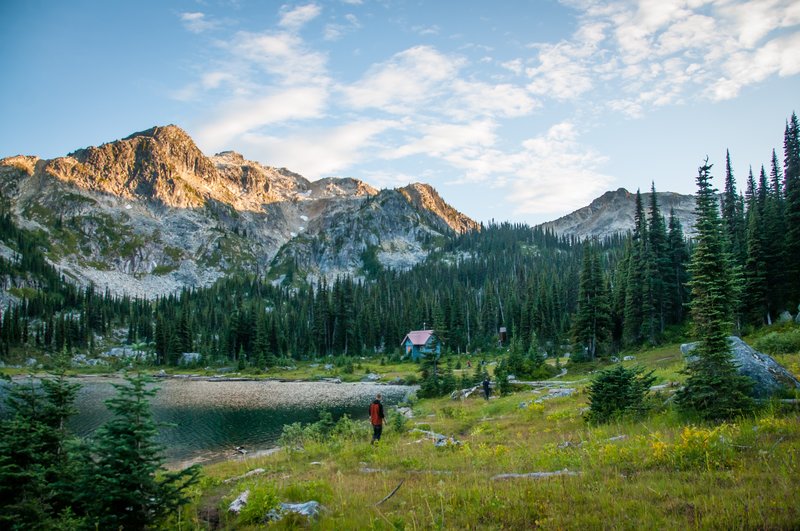 After a long drive back from Terrace, we spent a leisurely day drying out gear and napping in the sun at the Phelix Creek trailhead. We hiked up to the hut in the afternoon and enjoyed a much needed swim in Long Lake, then hiked up to a good viewpoint of Mt. Aragorn’s north face for reconnaissance purposes. 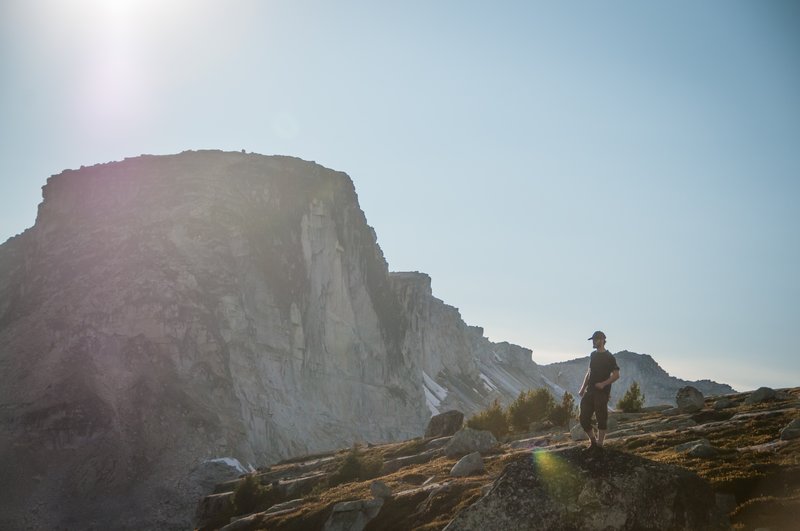 Unfortunately the weather was very poor today so we spent a forced rest data the hut playing poker and many card games. We quickly exhausted our whiskey supply.

Fortunately we awoke to improved weather! Abandoning our Mt. Aragorn plans We set out for the nearby face of Shadowfax – the northeast sub-summit, which can be seen clearly from the hut. We scrambled up the gulley and traversed a grassy ledge until we found a viable line. I set off up the first pitch and battled for a while before subbing Duncan in to finish it off. Duncan excavated an absurd amount of fine dirt from the crack and pushed upwards through the 10c fingercrack. Beginning to get gripped, he pulled on a .5 cam to get through the final move, but in his infinite wisdom grabbed above the triggers – this led to his hand slipping down the stem, disengaging the triggers and ripping the piece from in front of his eyes. He took a good surprise whipper and landed in a bush. After some laughter and heckling, he finished the pitch at a large ledge. 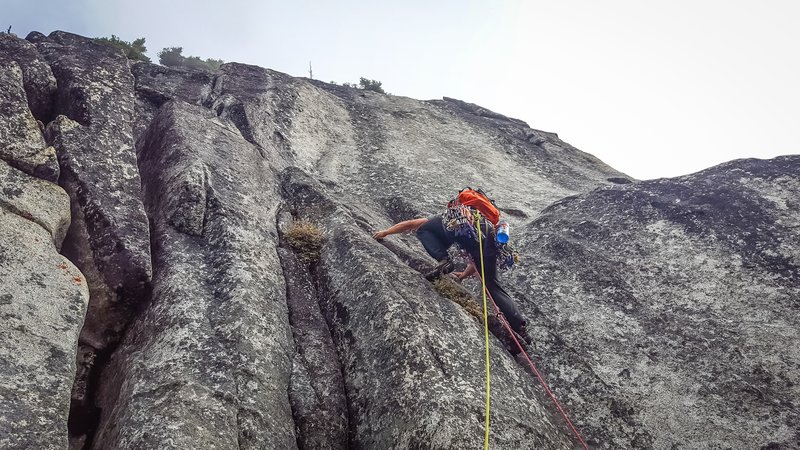 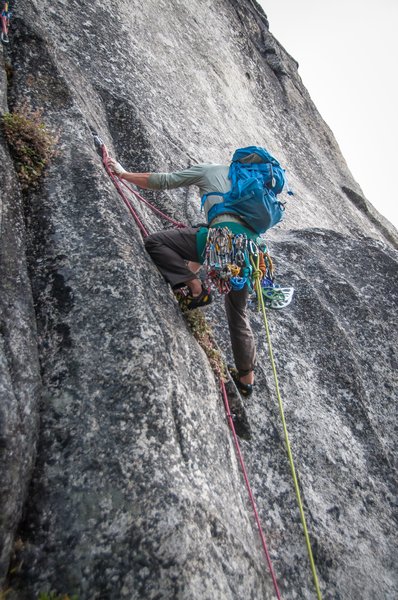 Harlin started up the next pitch and led through some spicy exposed 10b moves on sparse, thin gear. He eventually followed Nick’s suit, lowered off and handed the reigns to Duncan. Duncan climbed a bit higher and slammed in two bolts at the 11a crux move – after a valiant effort and some battling of his own, he also lowered off to pass the reigns back to Nick. I was able to struggle through the move, and climb higher up the slab. High above my last bolt crimping on a nubbin, smearing my right foot, and jamming my left; bolting 10c slab on lead was the worst ten minutes of my life. Didn’t whip with a hammer and power drill hanging off my harness though. Kneecaps remain intact, so that’s a plus.

Harlin jumped back on the sharp end for the final pitch – an excellent, exposed 5.8 that traversed around the corner and topped out on the northeast sub-summit. A new route now exists less than 40 minutes from the hut! Riders of Rohan – 3p, 5.11a

On yesterday’s descent, we had admired a gorgeous, steep, thin splitter on the wall rising from the gulley. Being the gumbies that we are, this was far too steep for us – so we spent the afternoon aiding the clean line, then later flailing around on top rope. We guesstimate it would go free in the upper 12’s if you’re radder than us, but for now, it’s a cruisey single pitch C1 – if you’re into that kind of thing. Crack of Doom – C1 (5.12…?) 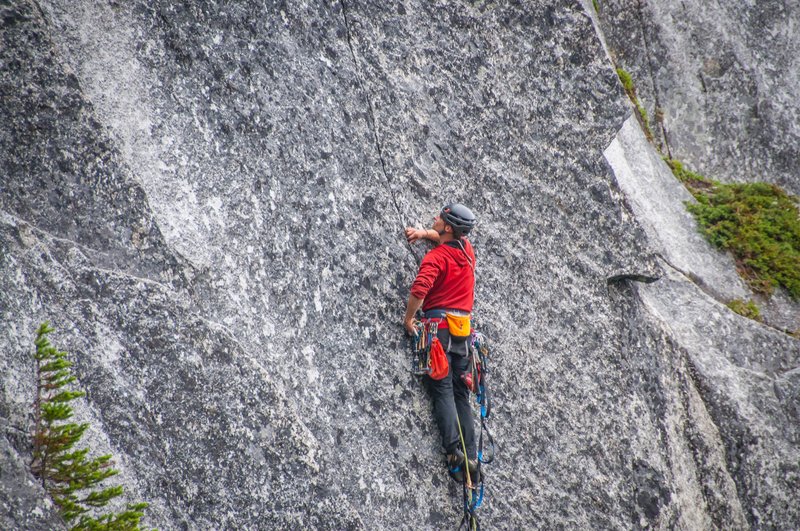 We hiked out from the cabin in the sub-optimal weather that we had become all to familiar with over the last couple weeks. It was great to put up some new lines close to home – hoping to see them repeated some time soon!

2 Responses to New Routin’ at Phelix