It didn’t take much thinking to figure out what to do on the weekend when the province re-opened some of the parks around metro Vancouver. Joe, Else, Roseanna, and I hopped on our bikes and pedaled towards the woods to once again happily fall asleep away from the city. The ride was nice, the weather too, and we even found a good place to accommodate our diverse sleeping setups – a tent, a tarp, and two hammocks. Still scarred by the COVID-19 new world order, we each awkwardly ate our own dinner and started discussing how to move forward with all the restrictions, regulations, etc.

The day after, my friends were headed back to Vancouver. Having defended my PhD the week before, I didn’t feel like going home. Instead, I decided to split ways with the crew and go do a short overnight hike. As I have done many times before (see the slideshow recording), I stashed my bike in a forest away from the people, packed my stuff into a backpack, and started shuffling up the hill. Life felt pretty good again. I was whistling, singing, and watching the birds to soar and dive in the strong wind. I picked a tent spot and called it a day.

Next morning was lazy and exciting at the same time. After 7 years of owning questionable tents, I now have a waterproof one! The joy of listening to the raindrops while staying dry was extremely satisfying. At 9am I finally got up, ate the remaining breakfast balls, and started hiking back down through the wet foggy forest. 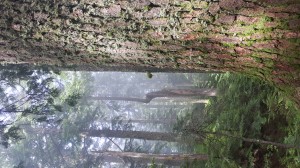 I’m always slightly nervous when I’m approaching the place where I have stashed my bike. Especially so after my bike got stolen in Vancouver. When I have bushwhacked to the stash, I felt a relief – “good, the bike is here!” But then I froze. The bike was there, but my two panniers and the framebag were missing. “What the F*#k!!!” I started cursing humanity and imagining how someone chopped off the gear from the cable lock and disappeared. But then I saw a piece of something sticking out of the dirt. It was my frame bag, buried next to the bike. It was ripped form the velcros that attach it to the frame, and there was a gaping hole in it. As I dug in the dirt, I found my spare tube, tool pouch, and front light all chewed into pieces. Then I noticed that one of my handlebar grips was missing, and that something obviously took a few bites off the other one. Yes, that’s right, an animal – most likely a bear – paid a visit to my stash and all the soft gear was demolished.

The problem was that I didn’t see any of my panniers and that my helmet was in one of them. I walked around in random directions and eventually found one. Not surprisingly, all in pieces. Ortlieb does make damn good panniers, but let me tell you, they’re not bear proof. As I was bushwhacking through less and less accessible places, I realized that the animal could still be around. Inspired by the lady on Vancouver Island that scared away a cougar by playing Metallica, I rediscovered my death metal teenage years and blasted Soilwork on my phone. After an hour, I gave up. I put my backpack on and biked back to the city. Biking with a heavy pack sucks, but at least the tires and the seat were fine. Stay positive, Martin, stay positive!

And the lesson learned? Well, I’m not sure. There was no food in the bags. Before I set off on the hike, I even packed my garbage with me so that nothing attracts animals. Maybe I should have hung the bags on a tree, maybe I should have left them open, maybe it was just bad luck. The price tag of the trip is high, but somehow this feels much better than if someone stole my gear. I just hope that the bear didn’t actually eat my gear – that wouldn’t do good to its stomach. Maybe it was just angry at people coming back to places which were kept quiet during the pandemic shut down. If that’s the case, the sound of ripping fabric must have been quite satisfying. 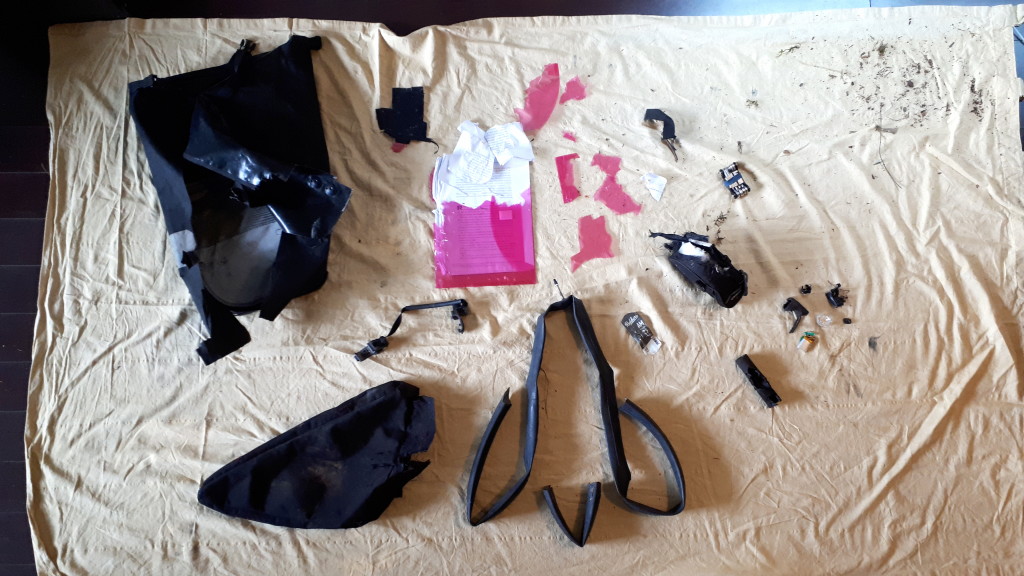 8 Responses to Bear vs Bike