Everyone arrived at the trailhead parking lot, northwest of Pemberton, around 9:30am and after quickly redistributing tents and food the groups headed out. Unlike the entrainment group, our pace was a lot slower. The weather could not have been better; there wasn’t a cloud in the sky. The hike to camp at Sephamore Lake was over an elevation gain of 300m from the parking lot at 1380 to 1655m. 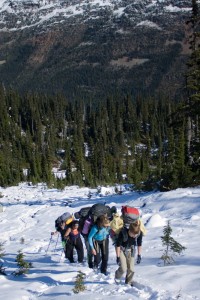 It took us considerably longer than the entrainment group to reach camp, and by the time we arrived at the campsite they had already pitched their tents and were about to leave. Without the same time constraints we took our time, enjoying the view as this was the first hike in Canada for many in the team. When we reached camp I suddenly realised how much snow was actually present and how cold the night would inevitably be. The lake had already frozen over considerably and it was at this point that I realised I was drastically ill-equipped. Tents were pitched in the snow and we quickly gathered what we needed for the accent of locomotive. As we were just going up and coming back down, we were able to travel light.

We began climbing under the leadership of Phil, initially climbing over many snow covered rocks. We then continued to climb around the mountain and out of sight of the camp. As we were climbing we were taught how to use our ice axe and employ various safety techniques. The snow cover was deeper than expected, with pot holes past the knee in some areas. Many group members lamented having not brought skis. We reached the summit just in time for some members to moon the entertainment group. We then took time to appreciate some incredible views and scenery and got some great summit shots, before heading back down. 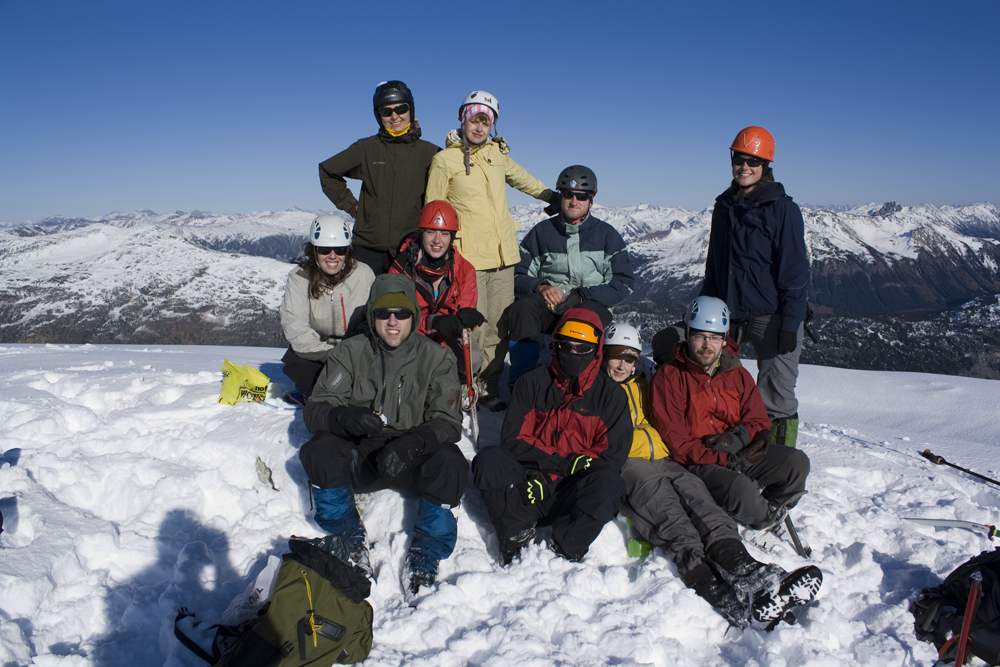 The hike to the peak took approximately 2 hours. The decent took a leisurely 45 minutes and was extremely easy going. The snow cover allowed for safe running down the mountainside, with some members opting to slide on their butts or bellies.

Once we arrived back at camp the temperature started to drop drastically. After looking over what I had packed, I again realised how long and cold this night would be. I failed to keep myself warm, even after borrowing jumpers and hot tea, and eventually succumbing to the weather leaving for bed early at 8pm. The rest of the group stayed up and drank wine and enjoyed the night. That night was the coldest and most sleepless I have ever experienced. By the time dawn began to break, I had resigned myself to the fact that I would probably never feel warmth again. 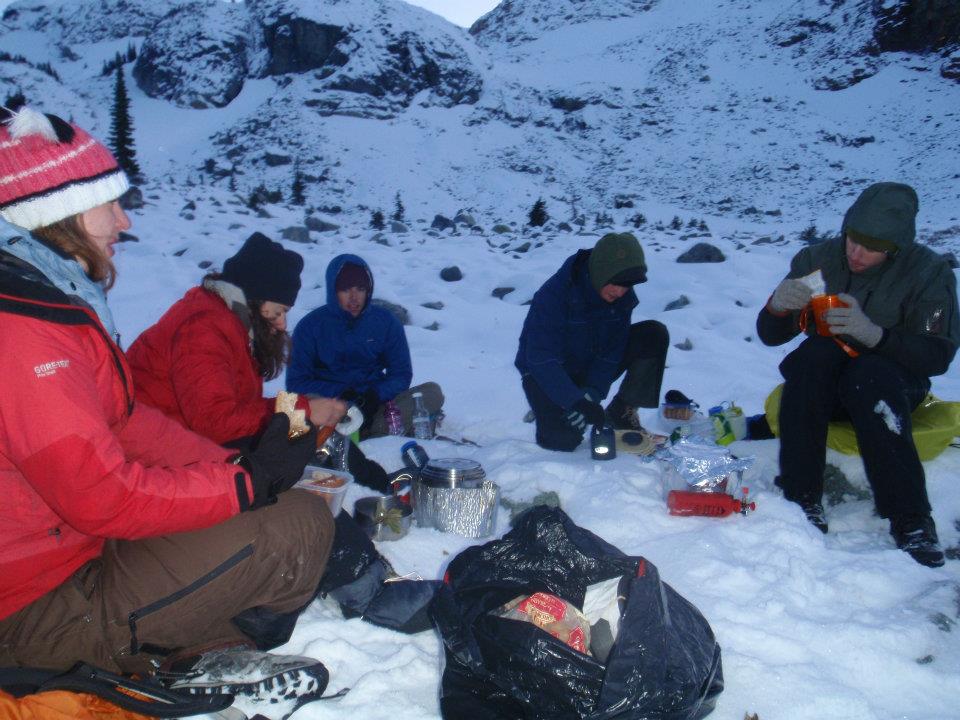 The next morning I hiked back up to the summit to get some rays to warm up. After receiving as much sympathy for my terrible night sleep as possible, we ate breakfast together, packed up and headed back down the mountain.

When we reached the car park it became apparent that there was a shortage of petrol between the cars with some people forgetting to fill up before leaving Pemberton. This became a non-issue after finding a full jerry can. Everyone then headed to the hot springs. The hike up to the hot springs only took 30 minutes and definitely worth it. It was nice and relaxing after the previous days hike and after two hours of soaking we headed back and drove to Squamish for dinner before heading home. This was my first VOC hike and definitely the best experience I have had in Canada so far. 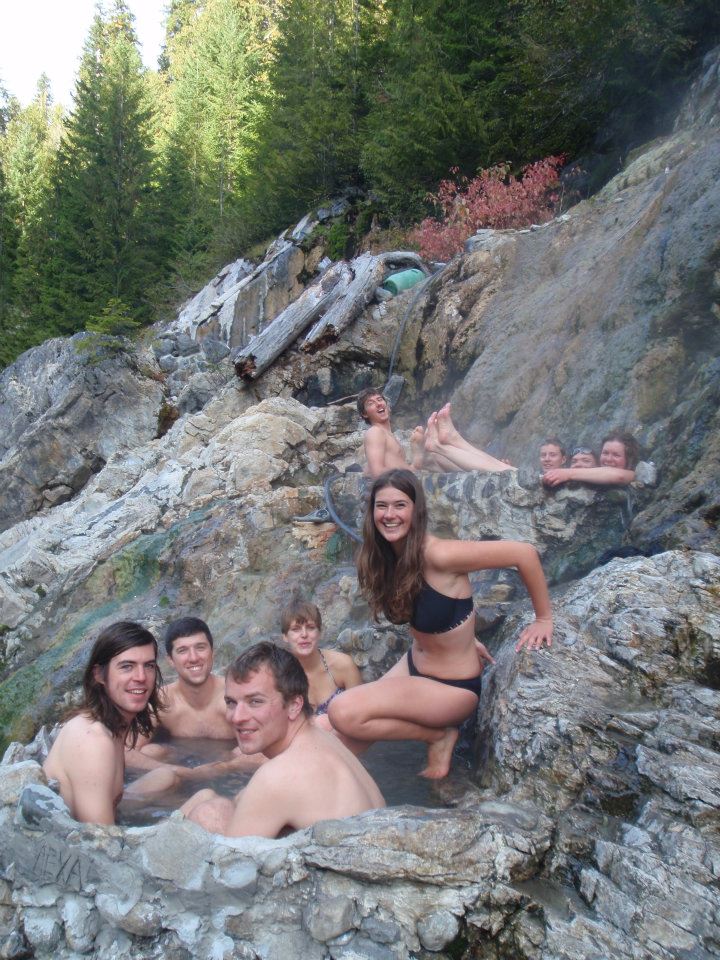