We piled up into our vehicles and got on the road mid-afternoon. Most of the gang got dropped off at the trailhead around 17:30, while Noah and I shuttled a car to the Garibaldi Lake parking lot. After realizing we would be starting in the dark, we opted to swing by the BCL to get some extra motivational fuel (also to numb the pain of hiking our skis half way up to Elfin). Tastes like heaven, burns like hell.

It was a beautiful moon-lit skin into Elfin lakes, and we all arrived at the hut at about 21:30. I lightened my pack immensely after a quick dinner with lots of fresh veg. We got our gear together for an early start, and hit the hay.

05:30 wake up, quick breakfast and out! Stunning morning light as the sun was rising behind the glorious Mamquam. Noah and I were on skis while Matt and Dakota were snow shoeing. Roland, Carla, and Cora were leaving later for a direct mission to Sphinx hut via the normal Neve route. Shortly after leaving Elfin, Adam caught up to us on skis after leaving his camp in Squampton in the wee hours of the morn.

The day got hot quick, and the southern snow ripened nice n’ early. It would have been a perfect day for some corn shredding. After a few hours of travel through the top notch scenery, the group decided to part ways. Boot-packing just isn’t as efficient way of travel as skis. Matt and Dakotah decided to B-line it to Sphinx hut, while Noah, Adam and I went for the summit of Garibaldi.

The climb was uneventful. Very hard snow on the north face. Ski crampons only got us so far until the slope made us strap-on boot crampons. A nice boot pack was set up the steepest part, and we arrived on top around 14:30. Beautiful view of Atwell, and everything else in the coast. 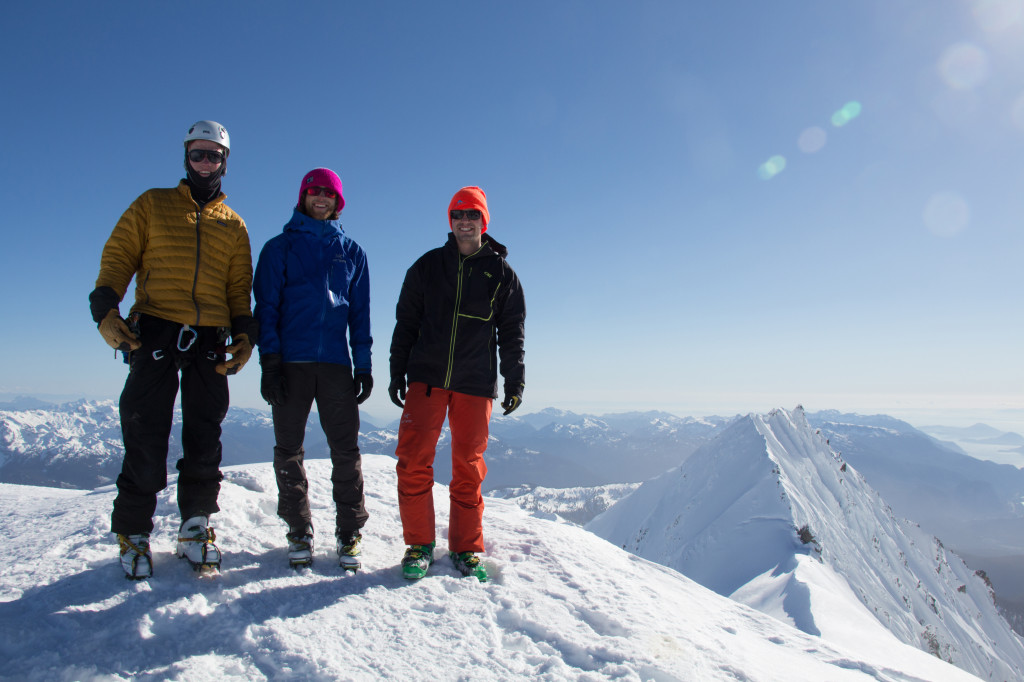 It was simply horrible skiing down the face, a bit intimidating with the open bergshrund bellow. We picked our way down the glacier onto the flats before the last climb of the day. After melting some more drinking water, Adam shot off to complete the Neve in one day. 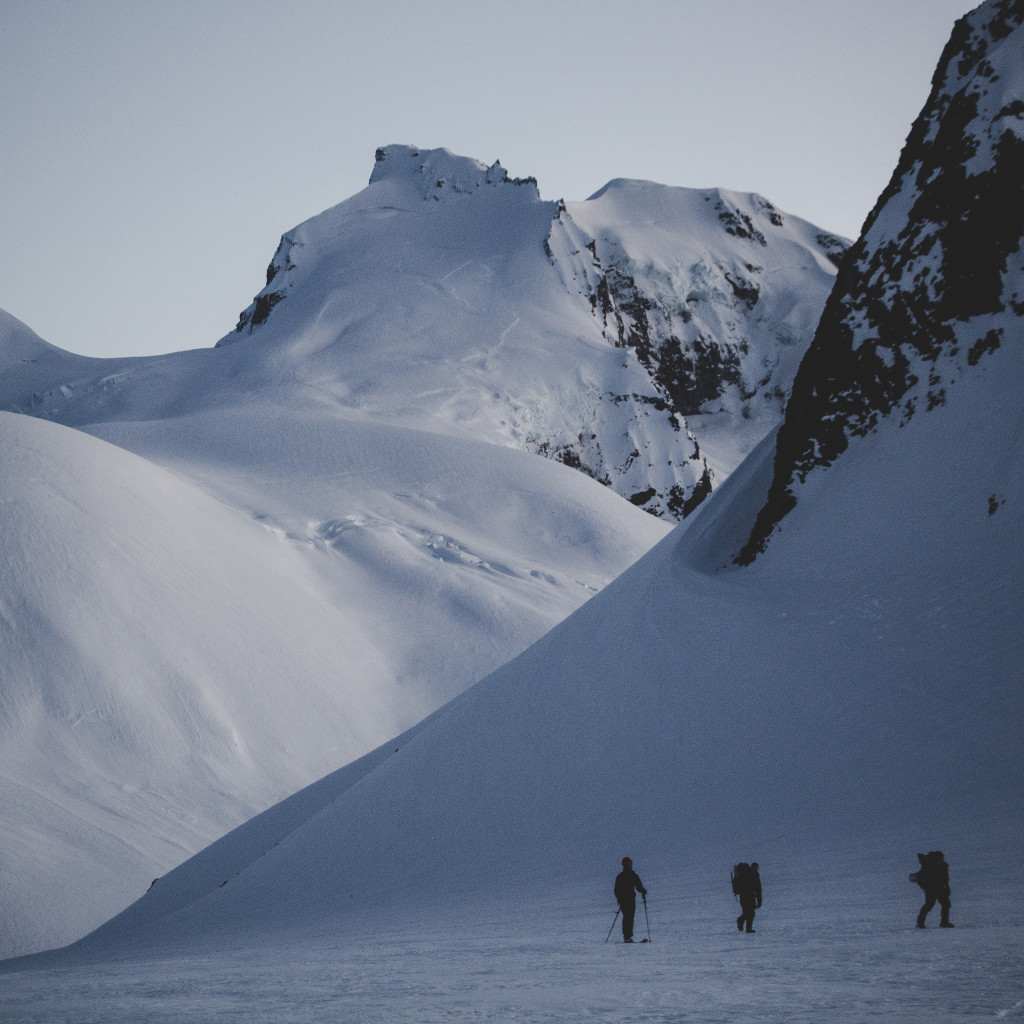 Noah and I met Matt and Dakota at the last col before dropping into the lake (Roland, Carla, and Cora were ahead). Was an amazing sunset, with a headlamp skin across Garibaldi Lake to Sphinx Hut.

We woke up later than planned, and only left the hut at 0900 to start a day with a planned climb of Phyllis Engine on Castle Towers. Noah and I were the only ones to mission up, while the others went for a relaxed exit to the parking lot. Legs a-burning, we got to the base of the climb at around 12:00. We listened to some Marley while we boiled some tea and had lunch, then went to try and get a multisport day under our belt. 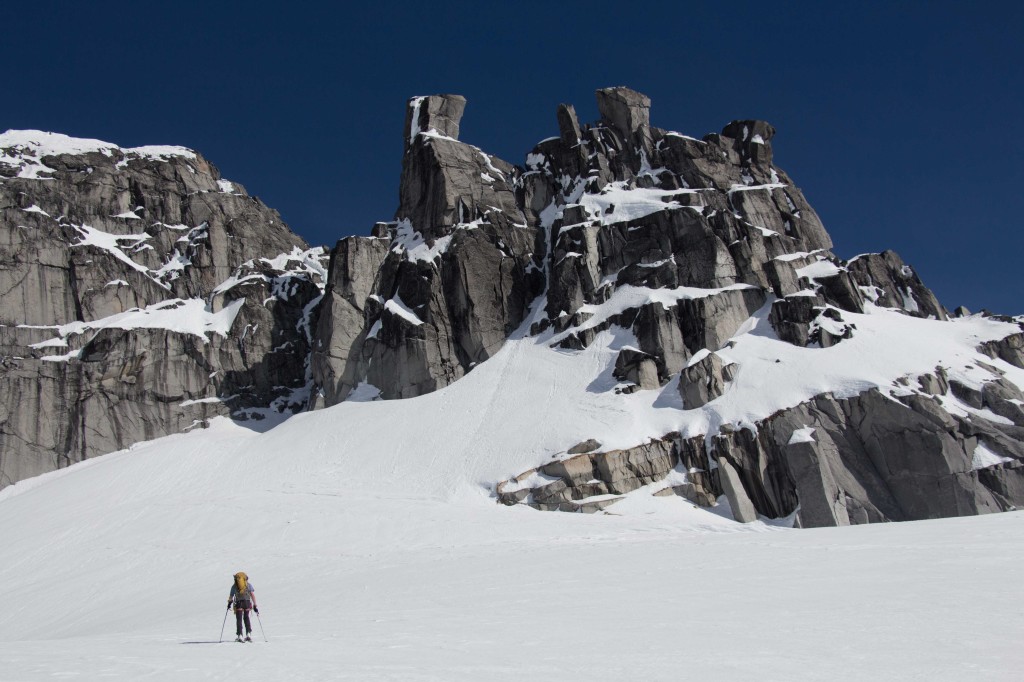 Turns out there was too much snow on our route, and the alternative was a bit ambitious for how late in the day it was. We had an awesome corn descent to the hut, and then boogied our way out of there to the car. 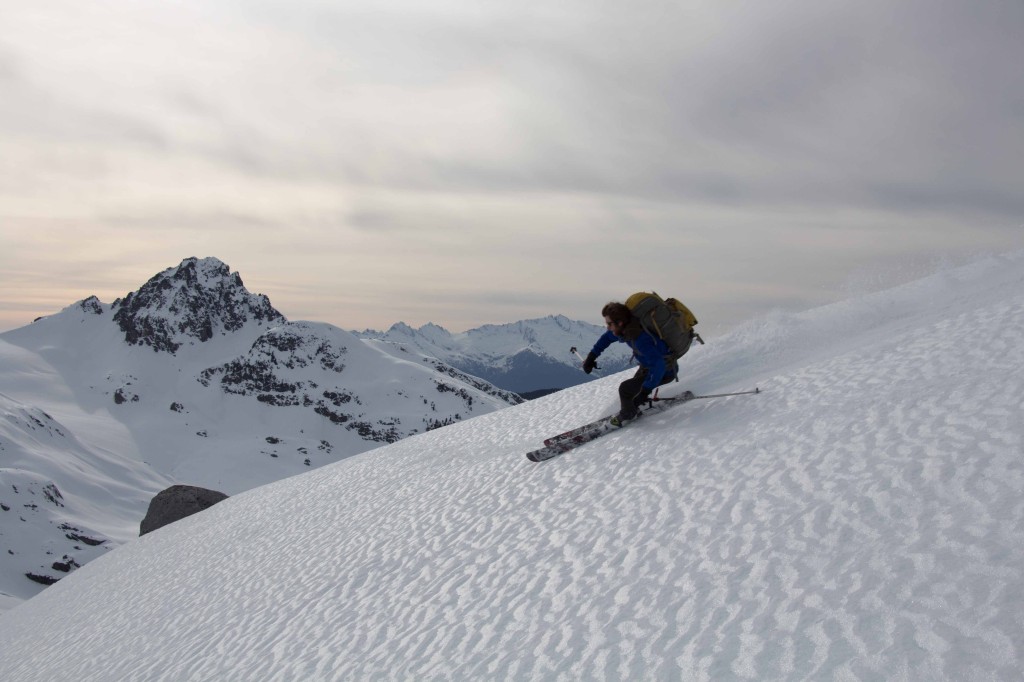 Noah shralpin’ the corn down to Sphinx. Photo: Dan Rohn

We were able to fly across the lake by skating, and skied about 1-2km down the trail before having to hike the rest out in our boots. Got to the car around 19:00 feeling real sore and met up with the others for some noms in Squamish. Felt like a late spring trip, and its early March???