A few days after the Hagen debacle, Rose and I went to Southern Washington’s Copper creek, which Patrick from Portland was nice enough to show us down. This is a short and mellow class IV with a couple of easier class V drops. It’s worth noting that the Portland paddling community is the most hospitable I’ve ever experienced, having been involved with the Southeast US and the Vancouver/Whistler communities now. Portland folks are awesome. We’re super happy to have paddled with Patrick and everyone else we met from this wonderful community.

We set shuttle and put on, then after a dozen class IV drops or so we found ourselves at the first of two class V’s. Triple drop is a beautiful series of waterfalls. The first is maybe four feet, the second eight, and the third maybe 12-15 feet or so. It’s very shallow here, so getting upside down between the drops is a bad idea. Landing flat is a good idea. 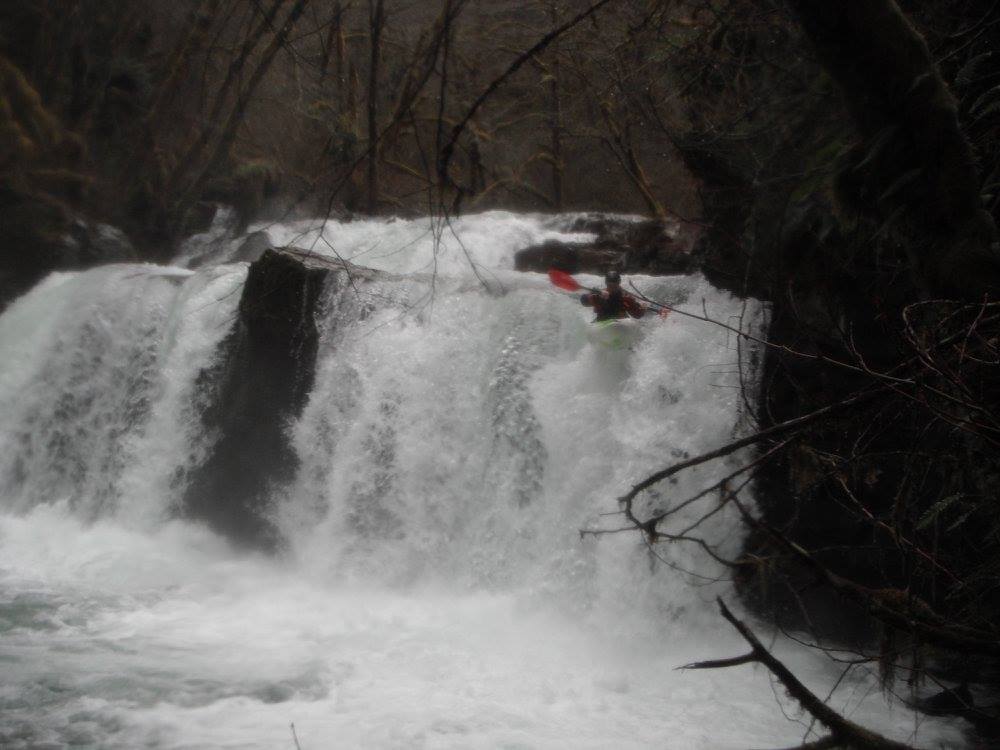 We then made our way down through class IV to the next big series of drops called the Final Five. We had to portage these because of a badly placed log, but we can’t wait to get back there for the annual creeking competition in April. Hopefully Copper Creek will be in again while we race the East Fork Lewis. 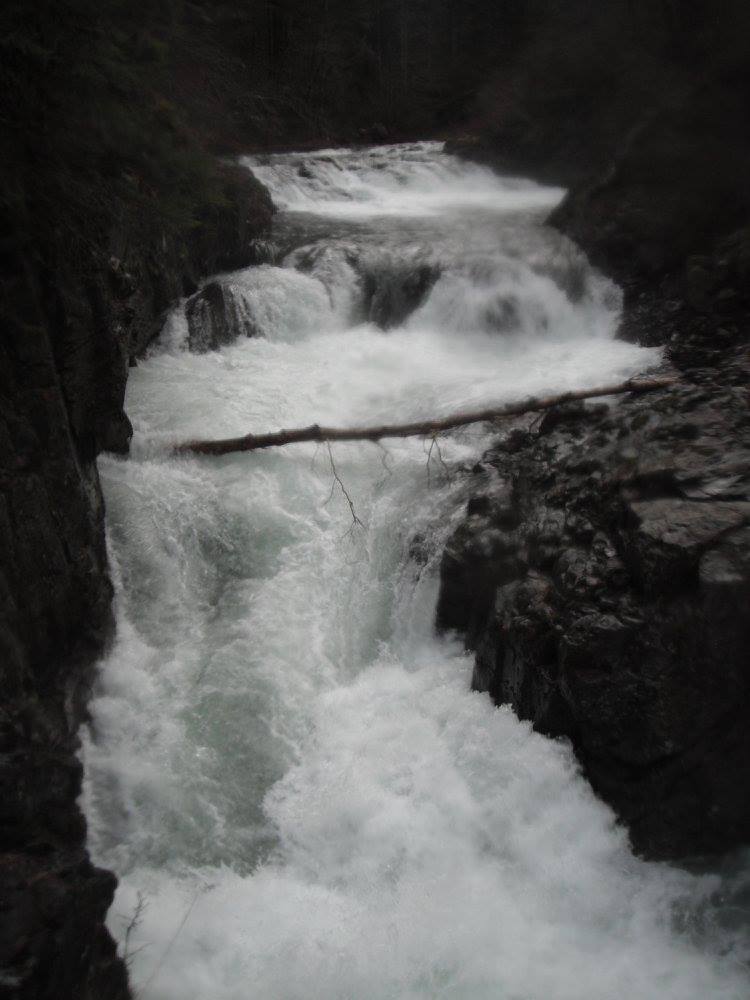 After Copper Creek we ran into the East Fork Lewis, which has a few lovely waterfalls. I had never done EFL before and ran the clean ledge drop blind (as per tradition). I of course landed wrong, rolled, then when I rolled up was behind the boulders on the left of the following photo. Then I was involuntarily shoved through the crack barely visible between the boulders– a crack just wide enough for a boat. 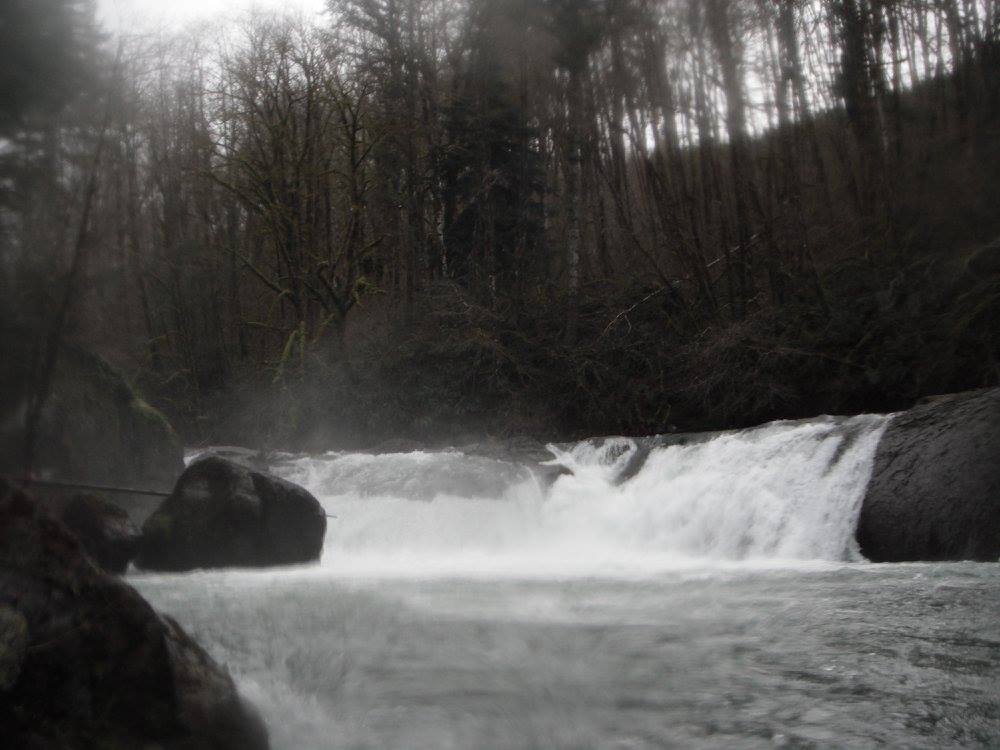 A clean ledge on East Fork Lewis, which I managed to mess up

Rose on another EFL drop

After this, we had some beer at the takeout (Local IPA’s in the Portland tradition), then we had some more beer at a bar with a few locals, annnd then we went to Oly’s house alongside the East Fork Lewis to drink more beer in his hot tub. Cascadians like beer.

After this, Oly invited us to stay in his houseboats. Along with Alex from Portland, he is easily among the most hospitable people I’ve ever met. He is an excellent artist, a kayaking legend, and a great guy who loves to share. 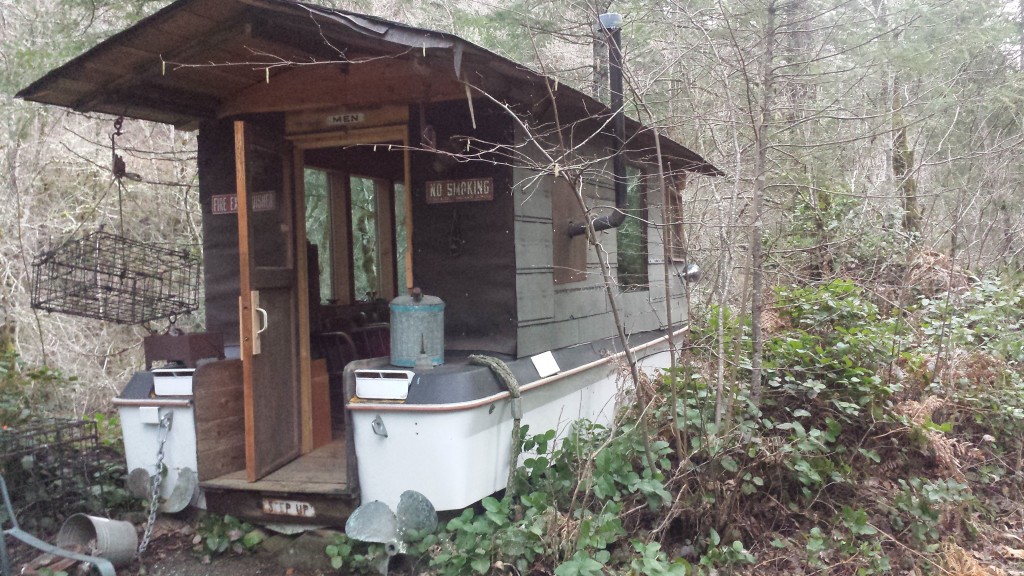 The next day, it was back to Vancouver to try to work. I didn’t really get any work done. I daydreamed about kayaking a lot, though.