Posted on January 7, 2018 by Devlin Mottershead

We were trying to summit Albert Edward. The trip was at Strathcona Park in Vancouver Island. The area was the Forbidden Plateau. We were snow caving because my dad forgot the tent.

We started at Mt. Washington next to Raven Lodge. The first part of the trip was on snowshoe trails. The snowshoes trails go all over the place so my dad started breaking trail straight ahead. It started getting really bad. There were creeks and trees everywhere and the snow was very soft. When we found a bridge we went back onto the real trail. The real trail was very easy to follow and get to Helen Mackenzie Lake. I liked how you could see all the summits at Helen Mackenzie Lake. We skied across the frozen lake. We went between Mt Elma and another mountain. Some maps say it’s Mt. Alan Brooks, others say Mt. Mo Brooks. We skied along a trail until Hairtrigger Lake and we decided to stop there because we wouldn’t have time for Albert Edward. When we got to Hairtrigger Lake my dad prepared supper and then made a snow cave under the light of the moon. The moon was two days from full so it was pretty easy to see in the dark.

The next day we went up Mo or Alan Brooks for a little bit just to get a good run. The skiing was good in soft snow until my dad broke his binding from tripping on a hole. We had to dig the sunglasses out with a shovel because they got buried when my dad fell. The skis were buried but we got the skis with our poles. Half of the heel block broke off one ski when my dad tripped. The rest of the way he had to ski with one heel not locked down.

When we got back to Helen Mackenzie we ate bagels for lunch. The rest of the way was fairly flat so put the skins on and toured more. We got back to the car with touring. At the parking lot Mt. Albert Edward is 11 km away and Mt. Washington is not even a km. 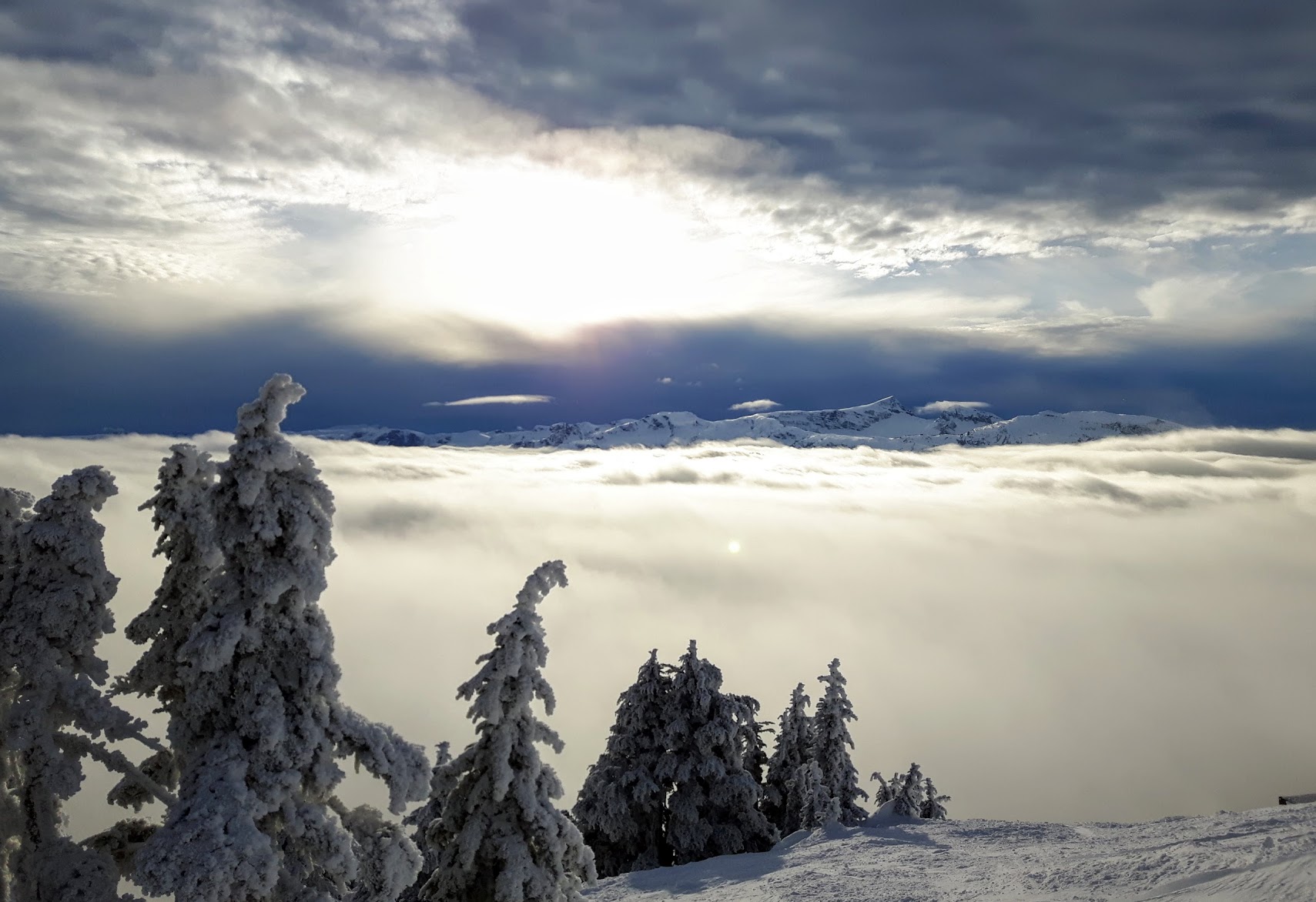 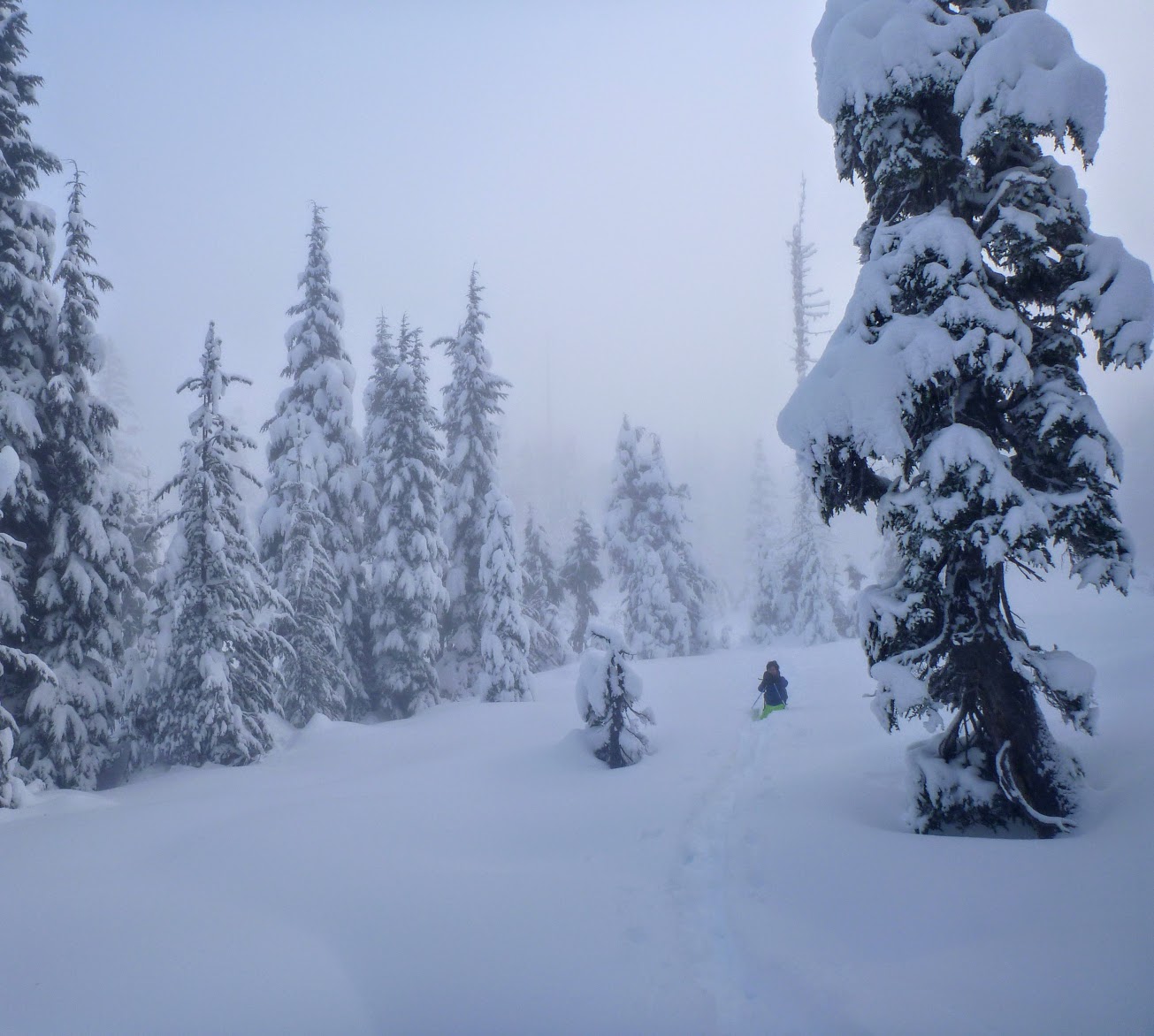 Starting to get foggy 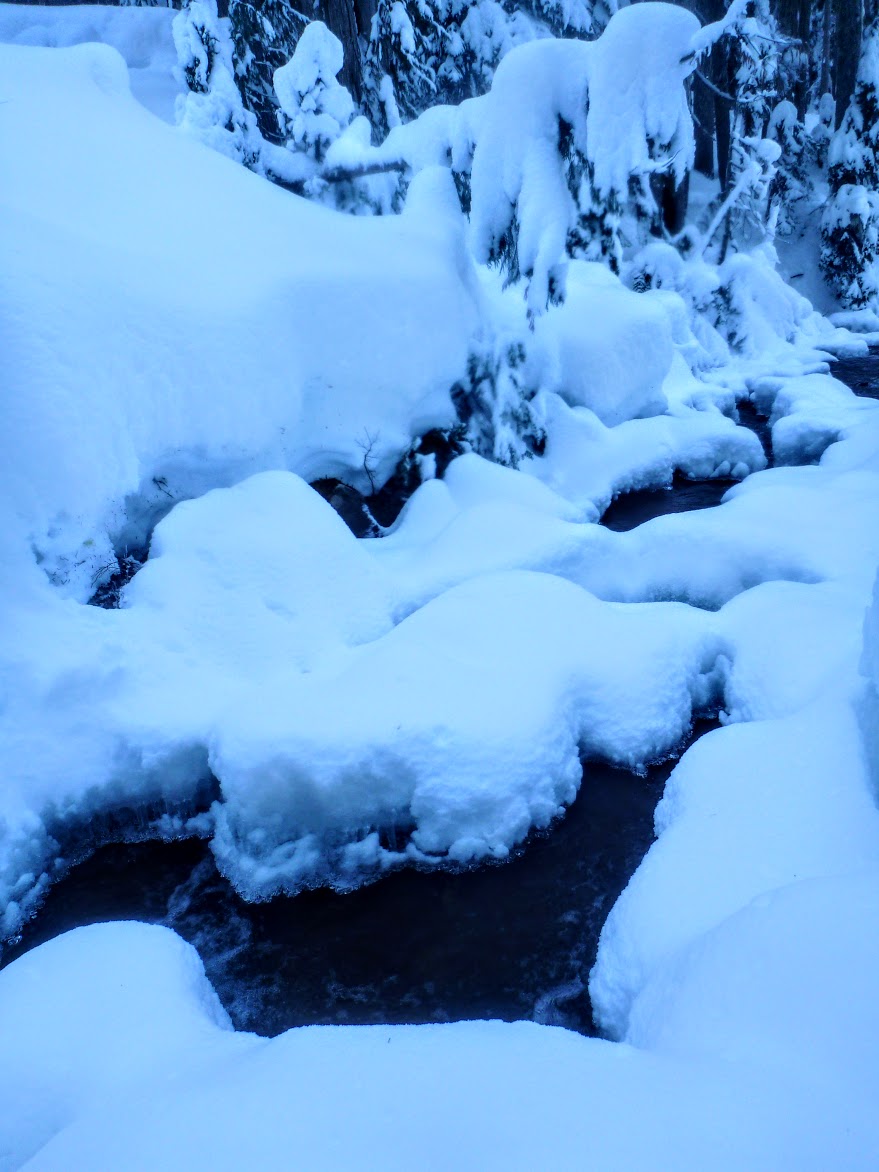 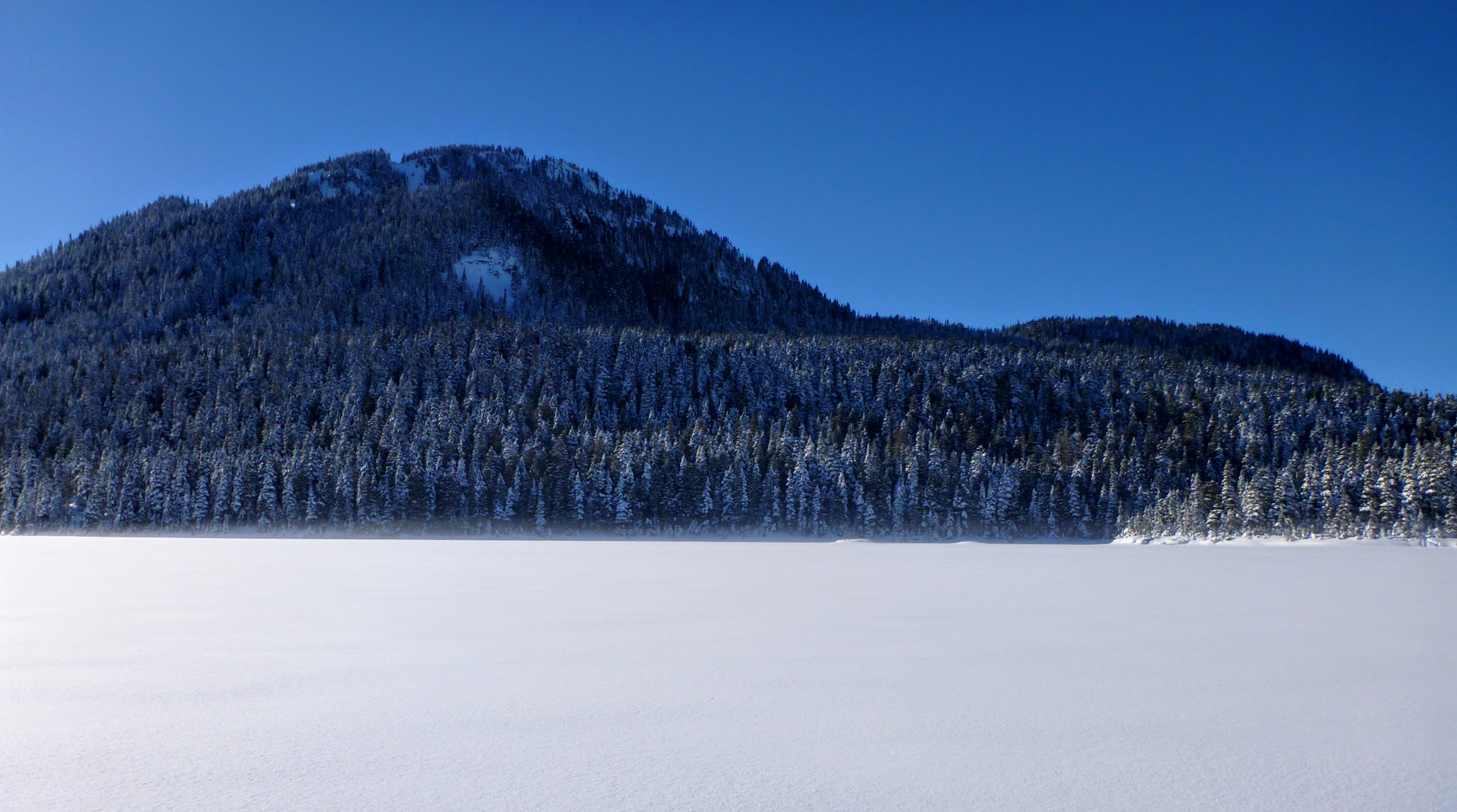 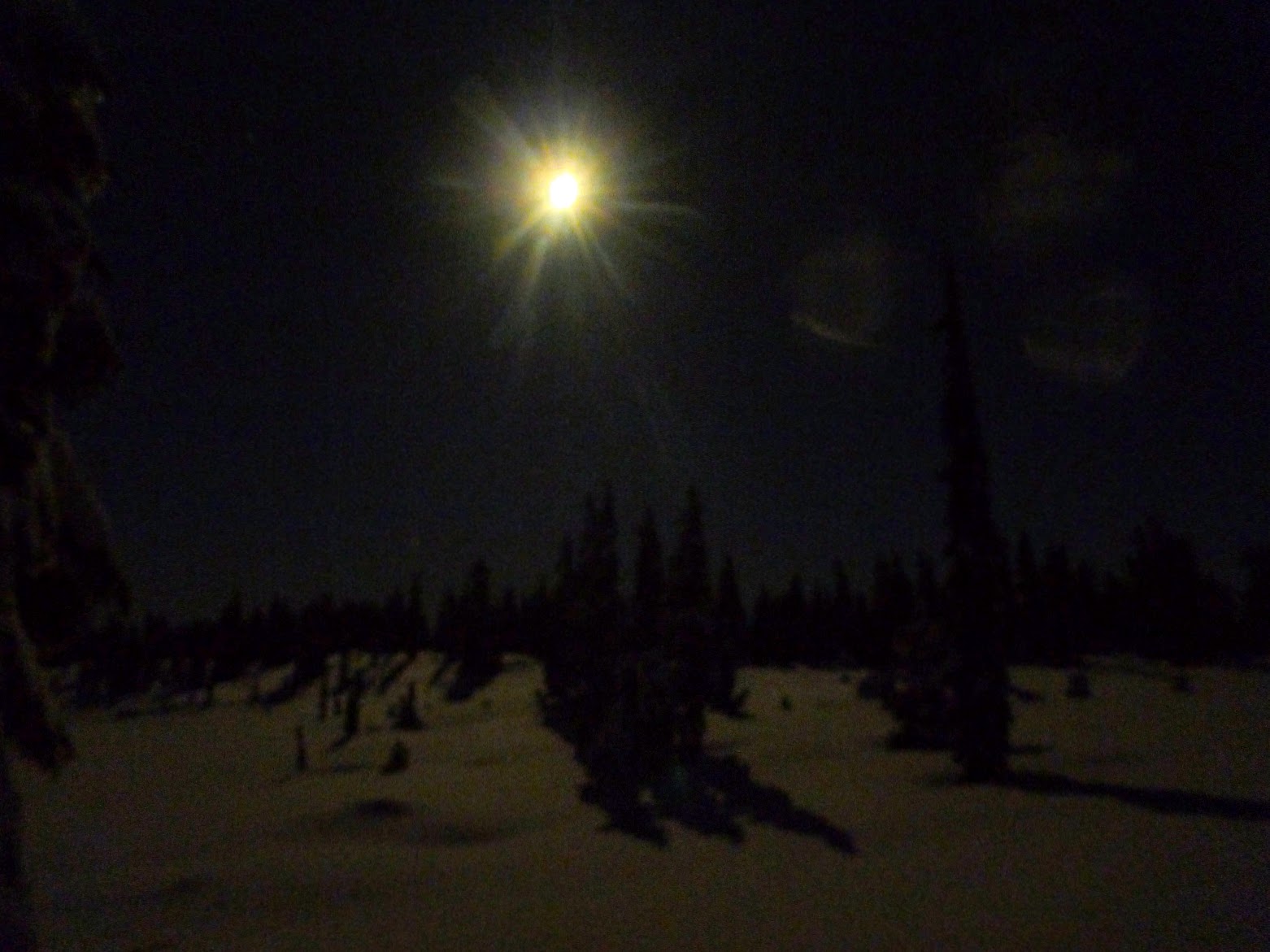 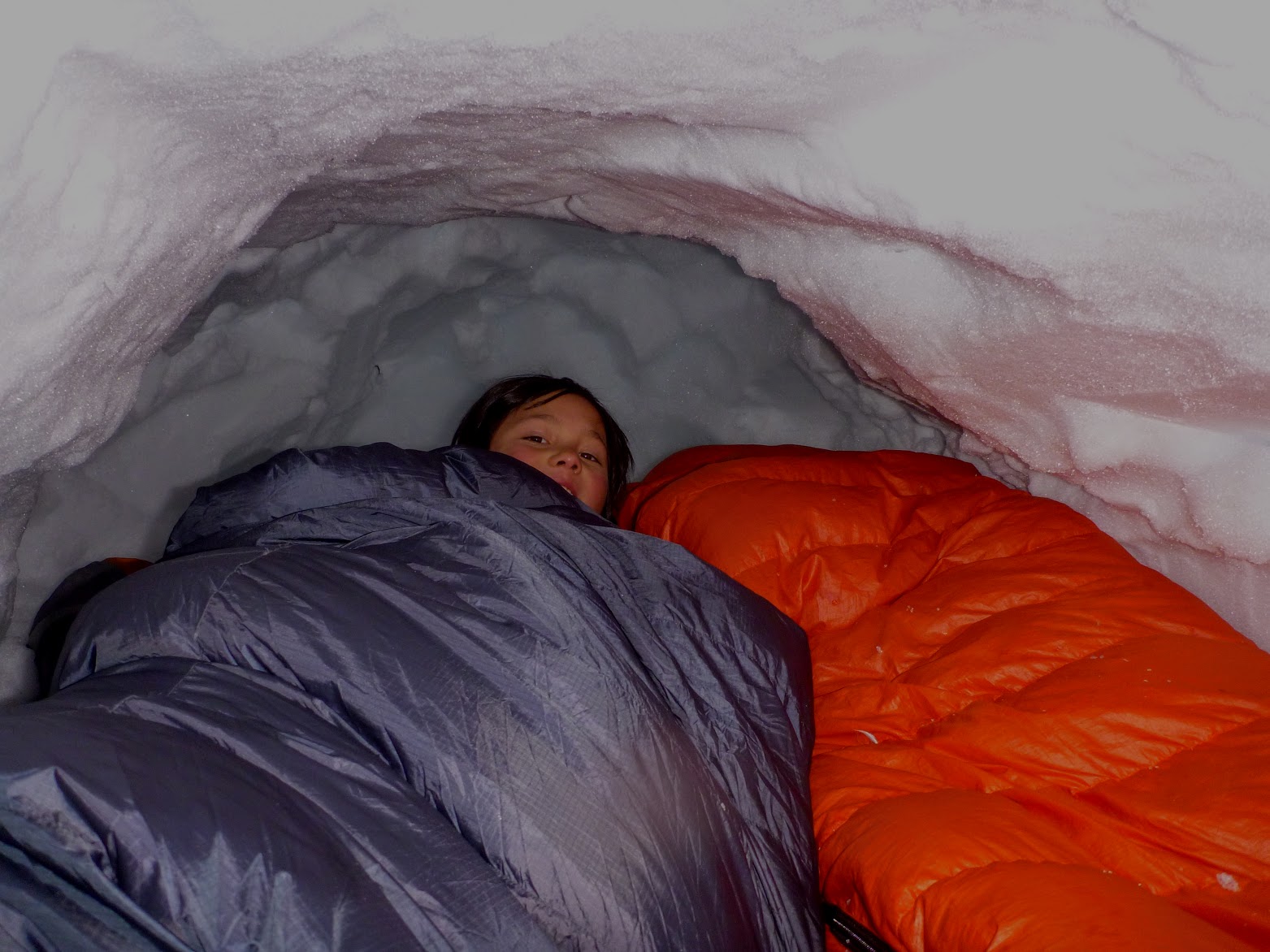 In the snow cave 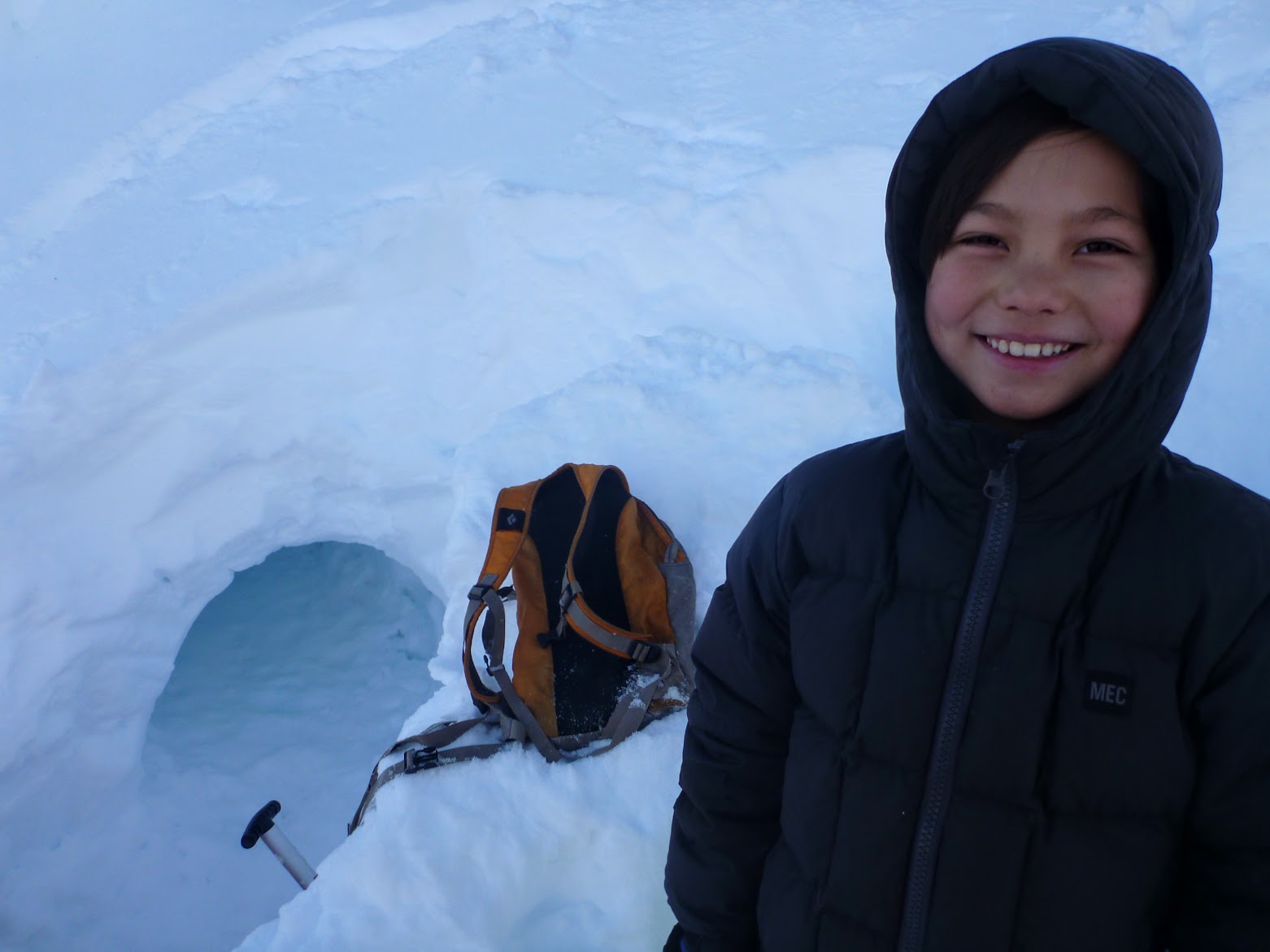 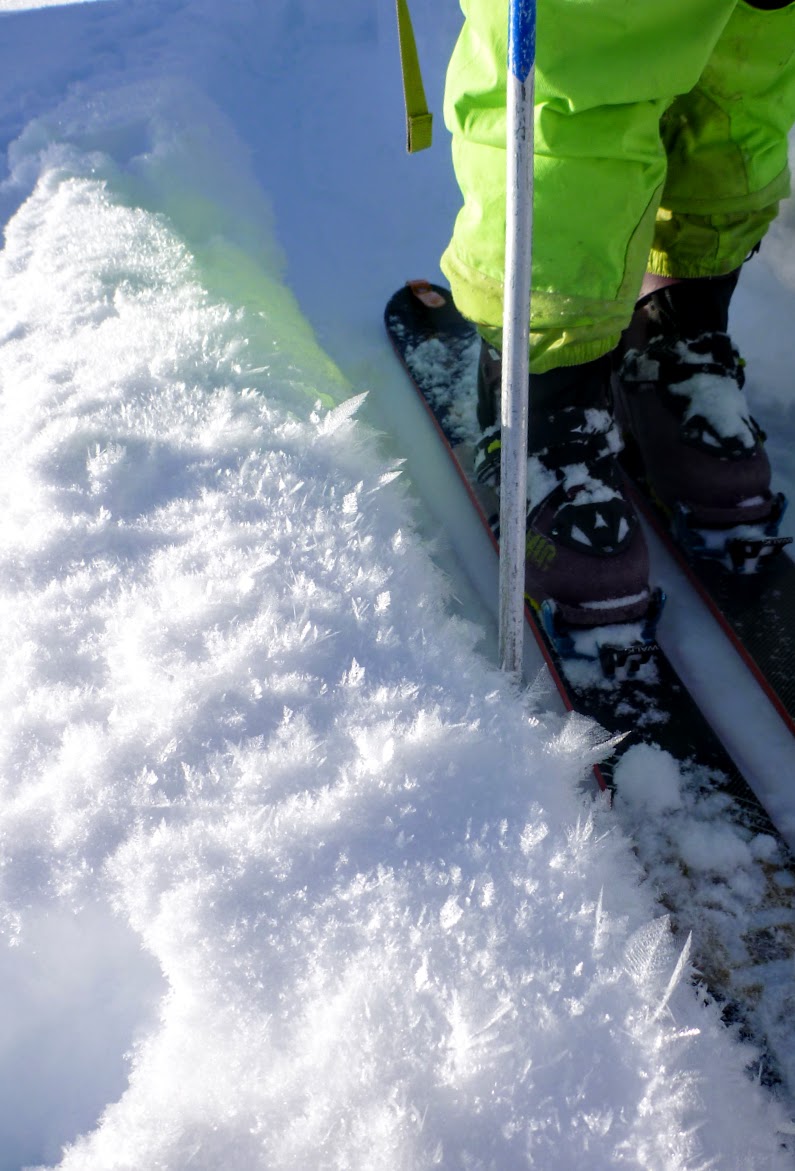 Surface hoar next to yesterday’s trail 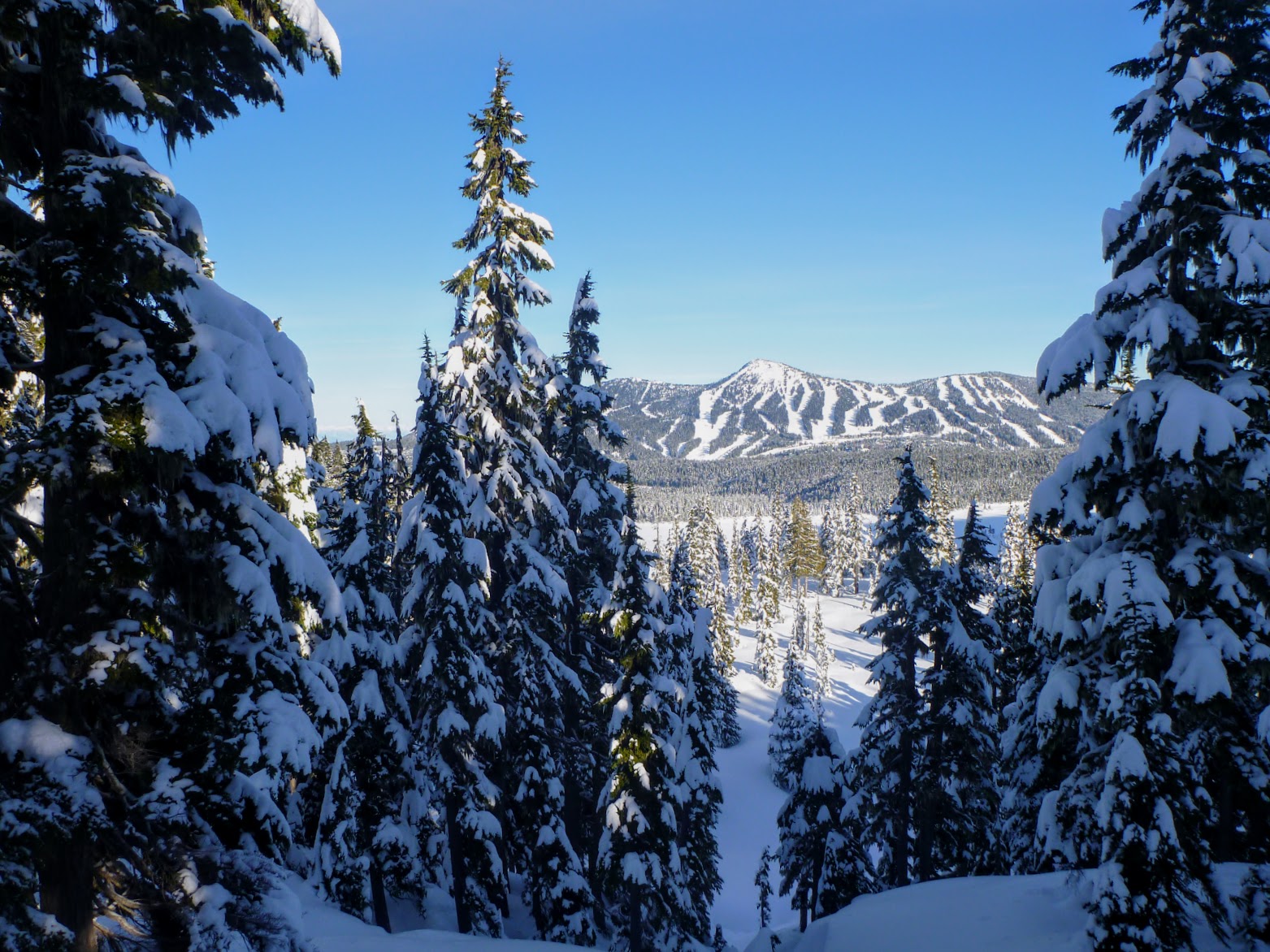 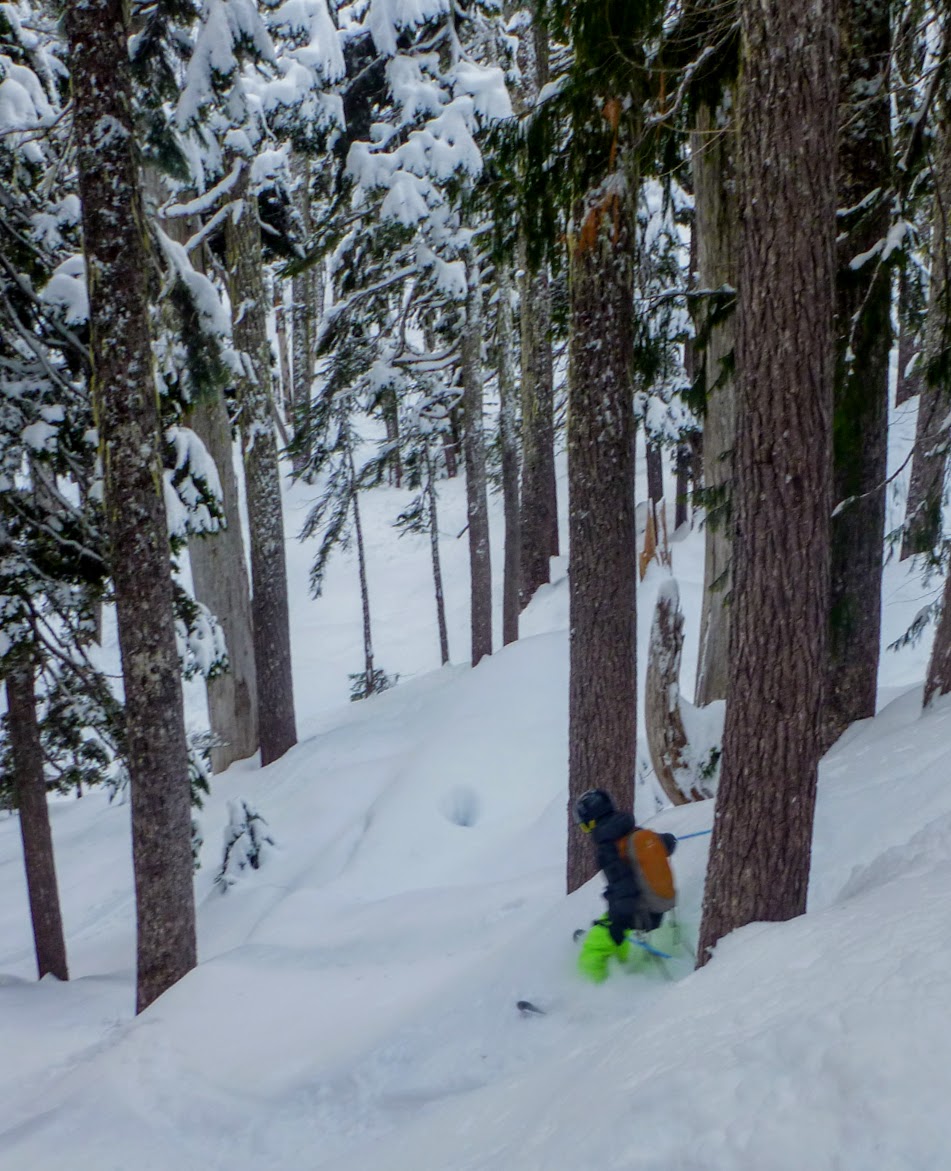 Skiing down from Mt. Brooks 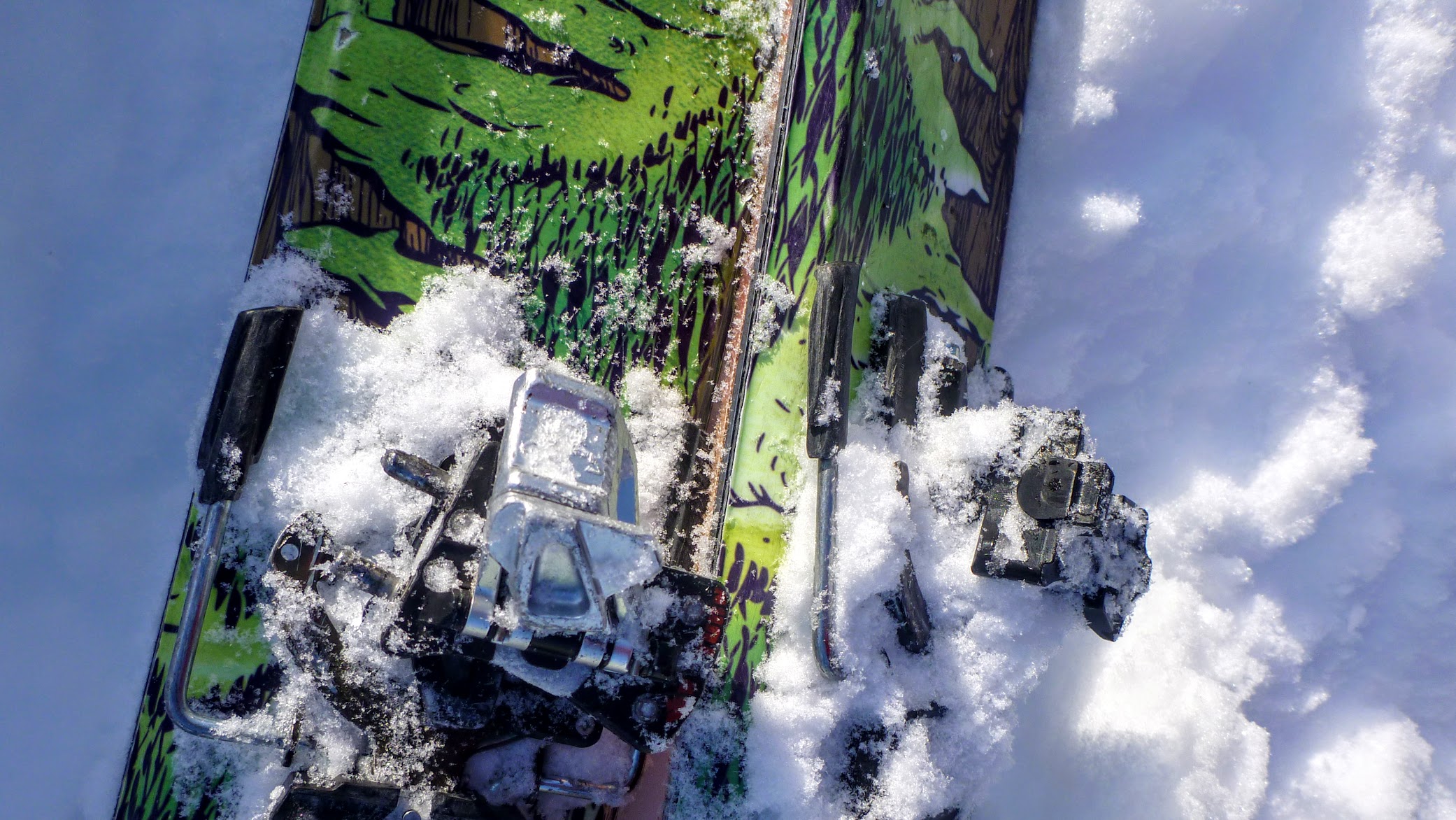 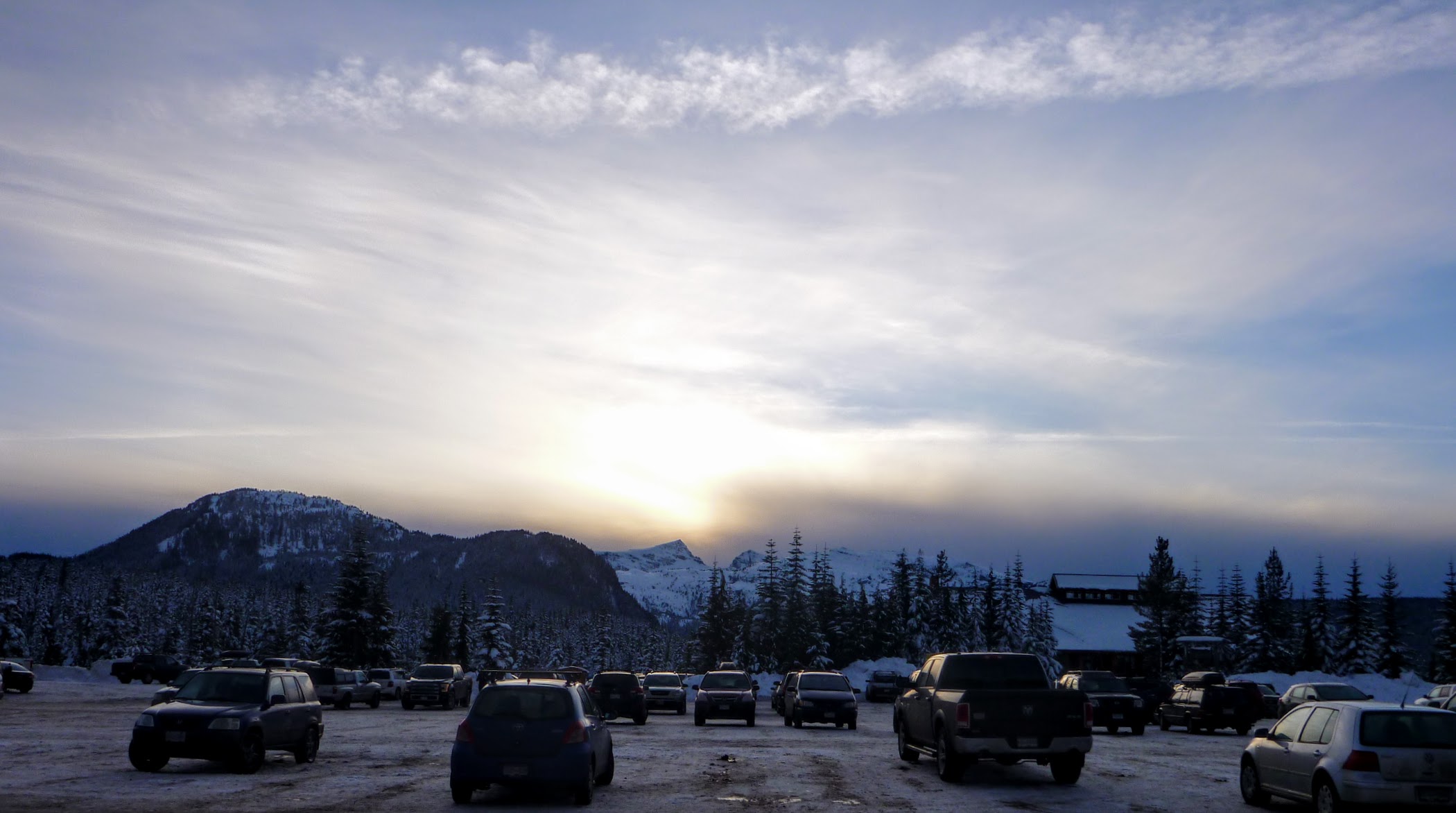