In celebration of finishing my first year of UBC (and getting through 6 exams in 9 days), I joined Alex Wharton’s sunshine coast kayaking trip over Easter Weekend 2019. Also joining us were Taiga Andersson and Chantal Gautschi. 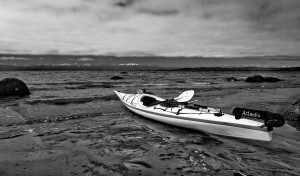 What was originally planned to be a 4-day loop around the peninsula north of Sechelt turned into a lovely 2 day trip up to North Thormanby Island to the campsite at Buccaneer Bay Provincial Park (because of Alex’s earlier shoulder injury). Side note: shout out to Alex for powering through the paddling with a brace on his shoulder for the trip’s duration!

Our first day (April 19) started with sunny skies and wind, and then continued with wind. And then more wind. And then more wind (a headwind to be exact; gusting upwards of 50kph). We fought our way the 18km up the coast, pausing once on a rocky beach for lunch (and dashing down to the boats just before the tide took them). Comparing the route to the distance we would’ve had to have done if we were doing the whole loop, it was clear we were really at the mercy of the weather.

Hours later, many bald eagles and (massive) turkey vultures seen, and many massive beachside cabins gawked at, we finally rounded South Thormanby – heading south-west for the campsite. Surfing the waves we’d been battling all day can only be described as glorious. 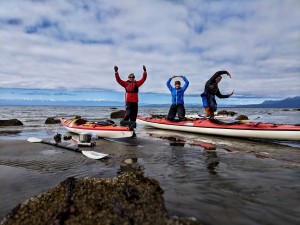 Deciding that this weather and the day’s exertion called for a swim, I dove into the ocean while Alex, Chantal, and Taiga got tents and stoves a-happenin’. Dinner had never felt more earned. Sunset watched, and bellies full, sleep came quick. 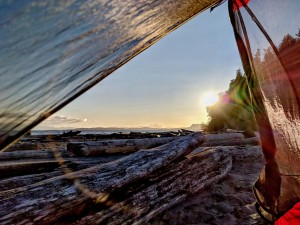 Sunset from the tent

The next morning, we woke to more of the same spectacular weather. Deciding to have a more relaxed day, we ate breakfast, watching the tide creep further and further away from our kayaks. We decided to portage them across Buccaneer beach so we could head down the West coast of South Thorenby on our way to Halfmoon bay where Alex’s parents were picking us up. 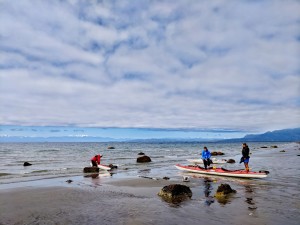 The paddling was some of the best of my life, surfing down the coast on tailwind-made wind waves. 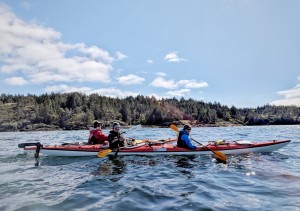 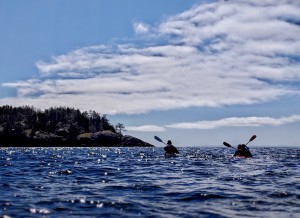 The wind, finally at our backs.

Also featured on that morning’s paddle were approximately 40 (very loud) sea lions. Our guess, based on their size, was that it was a bachelor herd (pride? curse? I’m not sure what the collective noun for sea lions is).

Making it to Halfmoon Bay was a breeze, but I have one more rather amazing story to close this trip report off: Alex’s parents came and picked us up, and after unsuccessfully finding ice cream, drove us down to Gibson’s Landing so we could catch the ferry home. In the car, Cheryl (mother) was chatting to us, asking what we were studying, and so on. The whole time we were talking to her, I was getting the strangest deja vu. So I was sitting there, trying to figure out in what past life I had met Alex’s mother. For the record she’s a Vancouverite, and I am from Toronto; and had never met Alex prior to this trip. But I’d met Cheryl before – in 2018 in the town of Maun, in central Botswana. We stayed in the same hostel for a couple of nights while I was enroute to Johannesburg. Less likely than winning the lottery, I’d say! 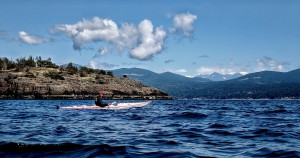 We parted with Alex who was staying up on the sunshine coast, and hopped on a ferry for a beautiful ride home. 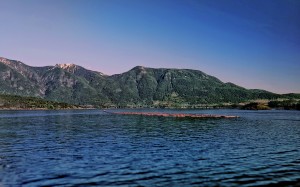 Thanks for organizing the trip, Alex!

This entry was posted in Paddle, Trip Reports. Bookmark the permalink.