As someone who has spent a lot of time in the saddle but never carried panniers or even a rack on my bike, a bikebacking trip was long overdue for me. From the invitation of my co-worker and friend, Anna Vu, I signed up as a member of the VOC, bought a rear bike rack, borrowed a couple panniers, snuck in as the last member of the Intro to Bike Touring trip to Salt Spring Island, and was super stoked for my first bikepacking trip.

The trip fell on the first weekend after COVID travel restrictions eased enough that recreational travel was allowed in BC (shout-out to Bonnie Henry). After some ferry re-organizing due to booked up ferry reservations, our Saturday morning began split with one group starting near UBC and the other in Surrey. 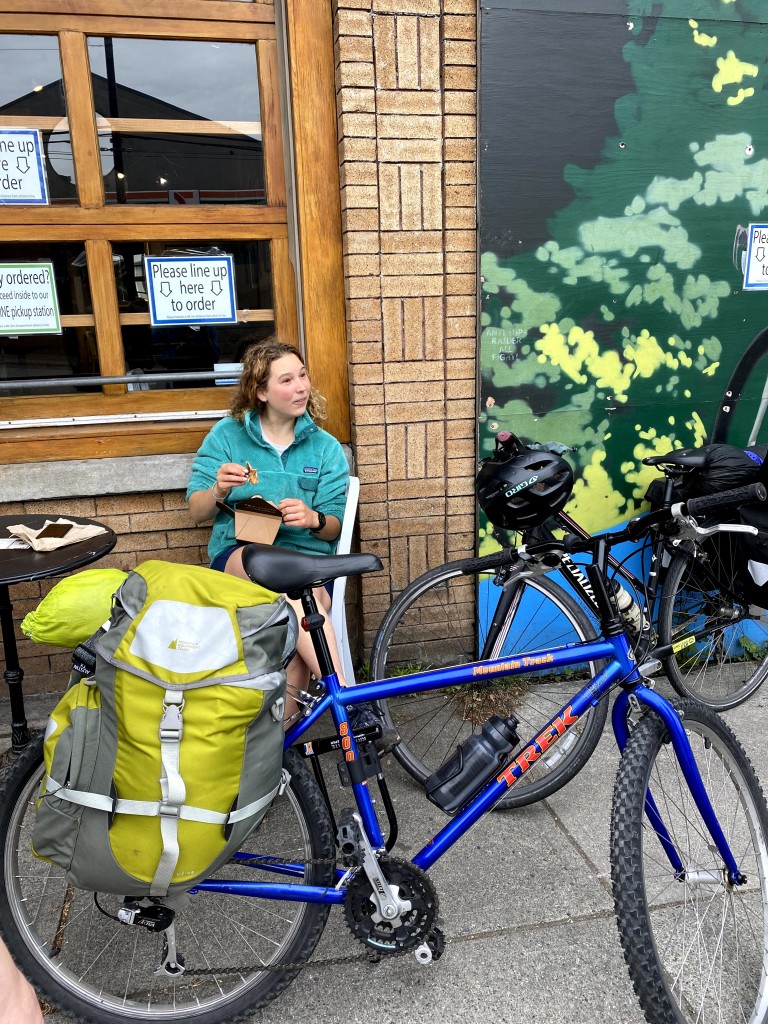 Treated with Vietnamese coffee to start us off, the Surrey group had an enjoyable 45 km morning ride to the Tsawwassen ferry. We encountered mild headwinds on the Burnaby Bay Dyke Trail and arrived just five minutes before our counterparts. 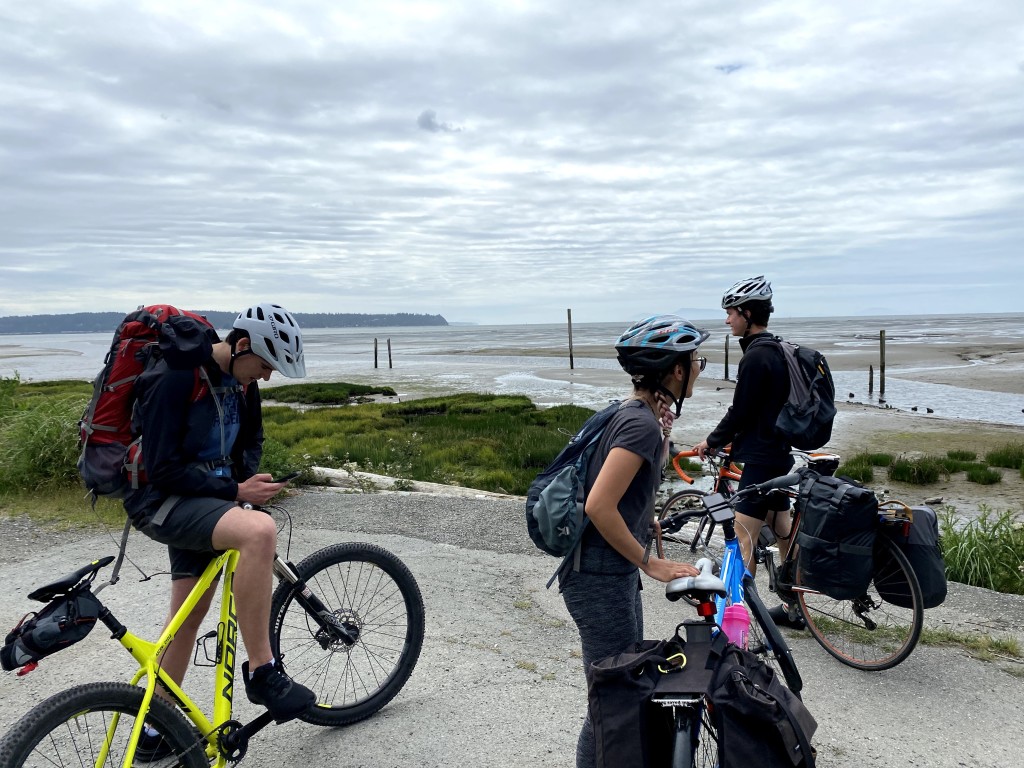 The group with the longer ride also had a more exciting one – facing a flat tire early into their ride. Fortunately, the puncture was no match for its victim, as Thanh had his bike ready to go in no time. 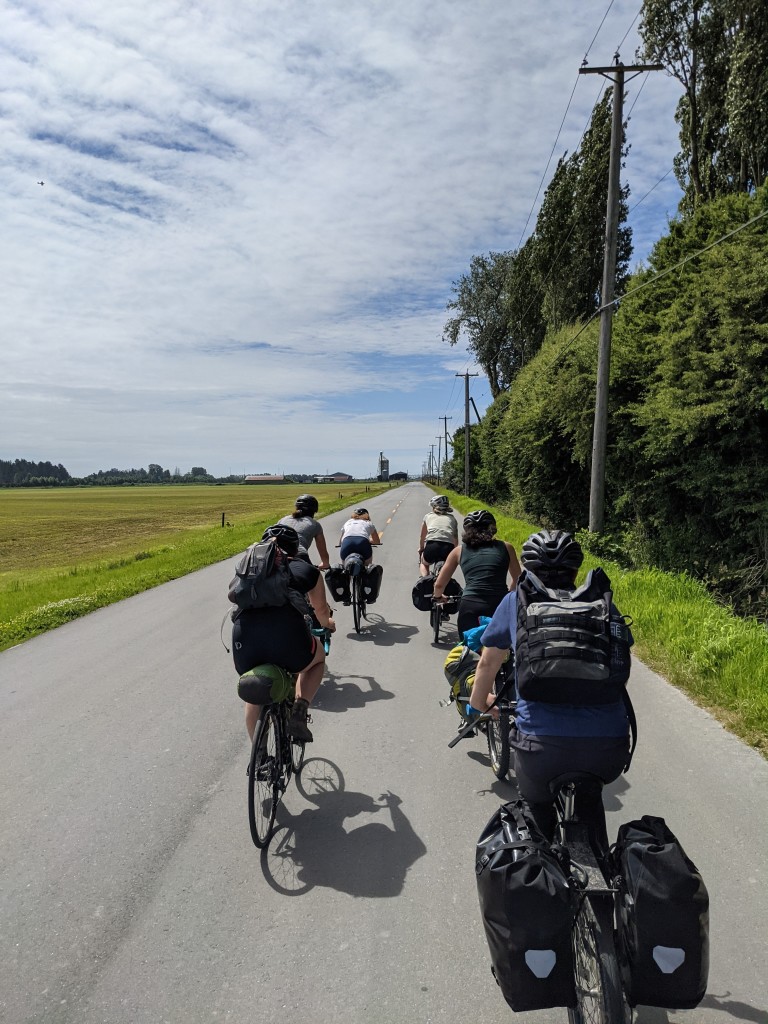 On the way to the ferry. Credit – Thanh To

Amazingly, both groups met at Tsawwassen with time to spare before hopping on a lovely ferry ride to Salt Spring. On deck we had lunch while getting to know each other, and enjoyed ferry yoga lead by Quinn. 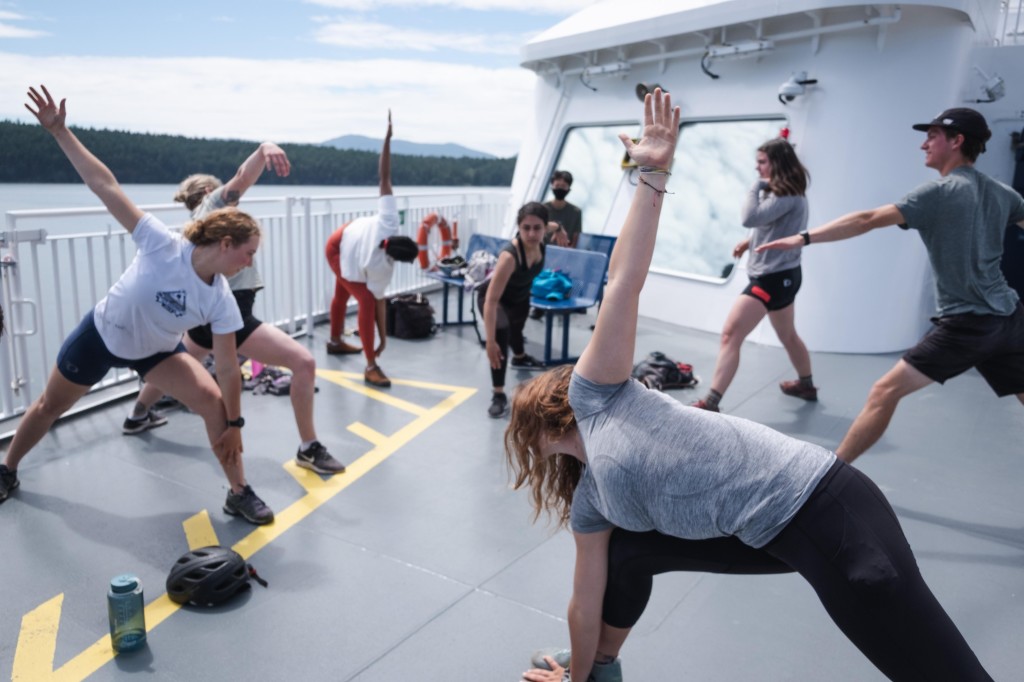 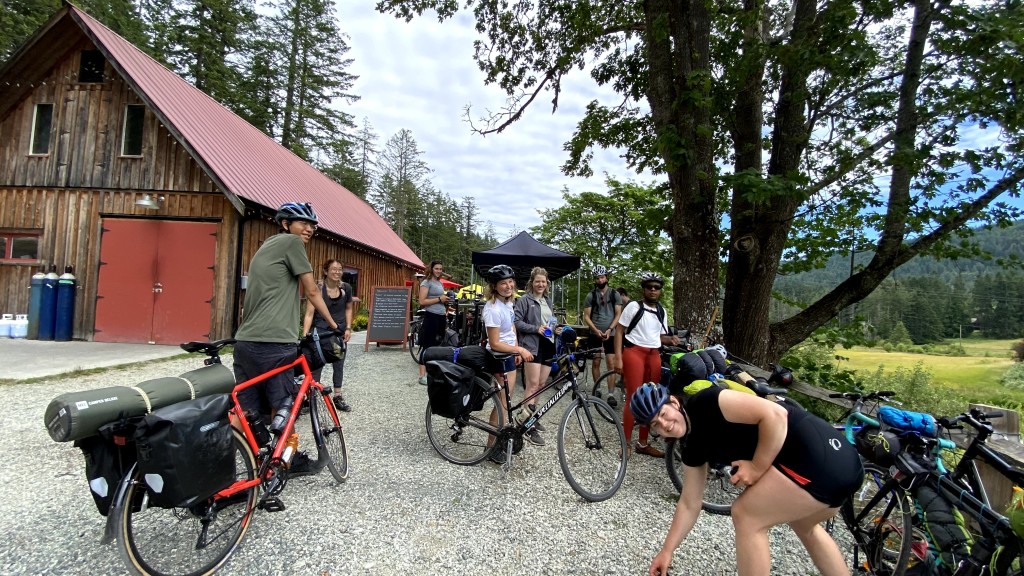 After some fermented apple juice goodness, we took to the hilly roads of Salt Spring, enjoying the afternoon sun. The 20 km jaunt from the cidery had the whole group sweating and tired, but in good spirits. I was doing my best to take in as much of the beauty of the island as I could: cute oceanside shops, impressive Douglas-firs, friendly passers by, and rolling hills (least enjoyed at the time). With some of the group endeavouring on the longest ride of their life, the overflow camping at Ruckle Park was Oh so welcoming. 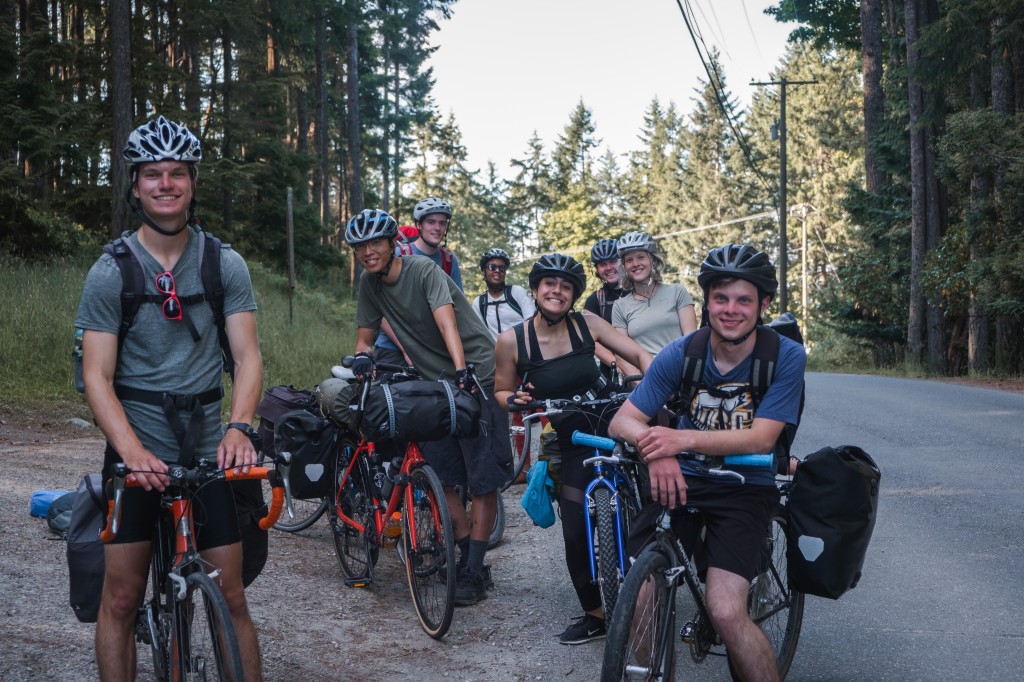 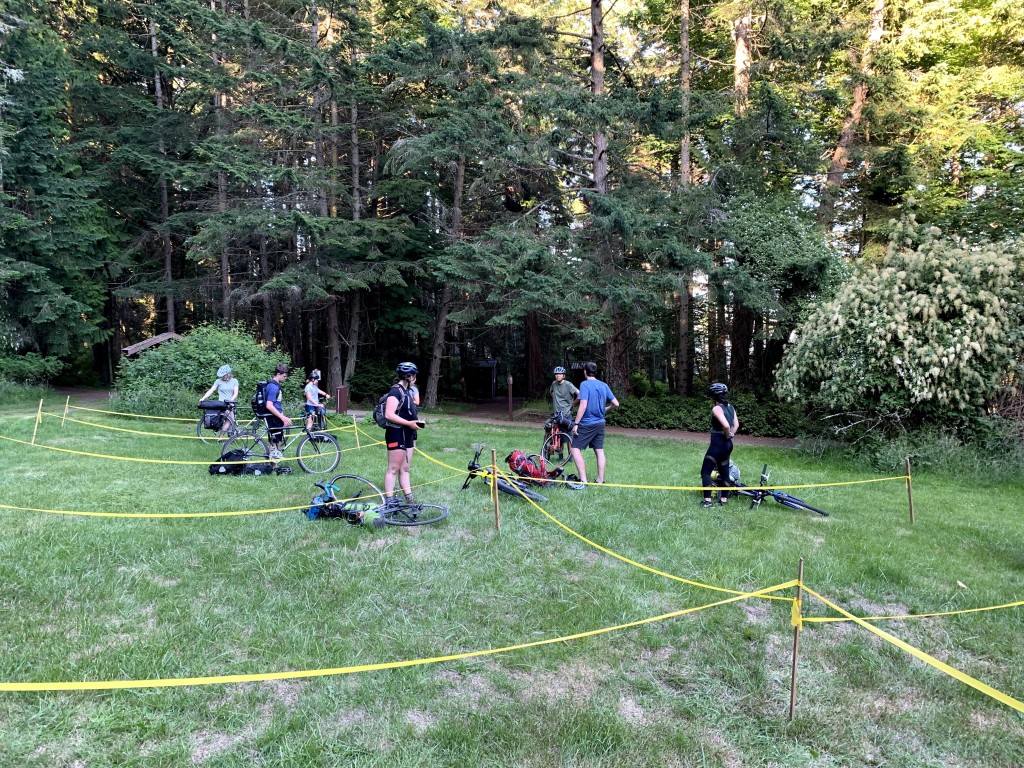 After dropping our gear, we headed down to the water to enjoy the last of the day’s sun with a swim. The water temperature was slightly cooler than that of the Hawaiian shores Izzy was used to. Nevertheless, the cold water was the perfect way to relax after a long ride in the sun. We all enjoyed the peacefulness of our swimming cove before heading back to camp to set up and make dinner. We had a chilled out night relaxing and chatting by lamp-light and made our plans for the next day. 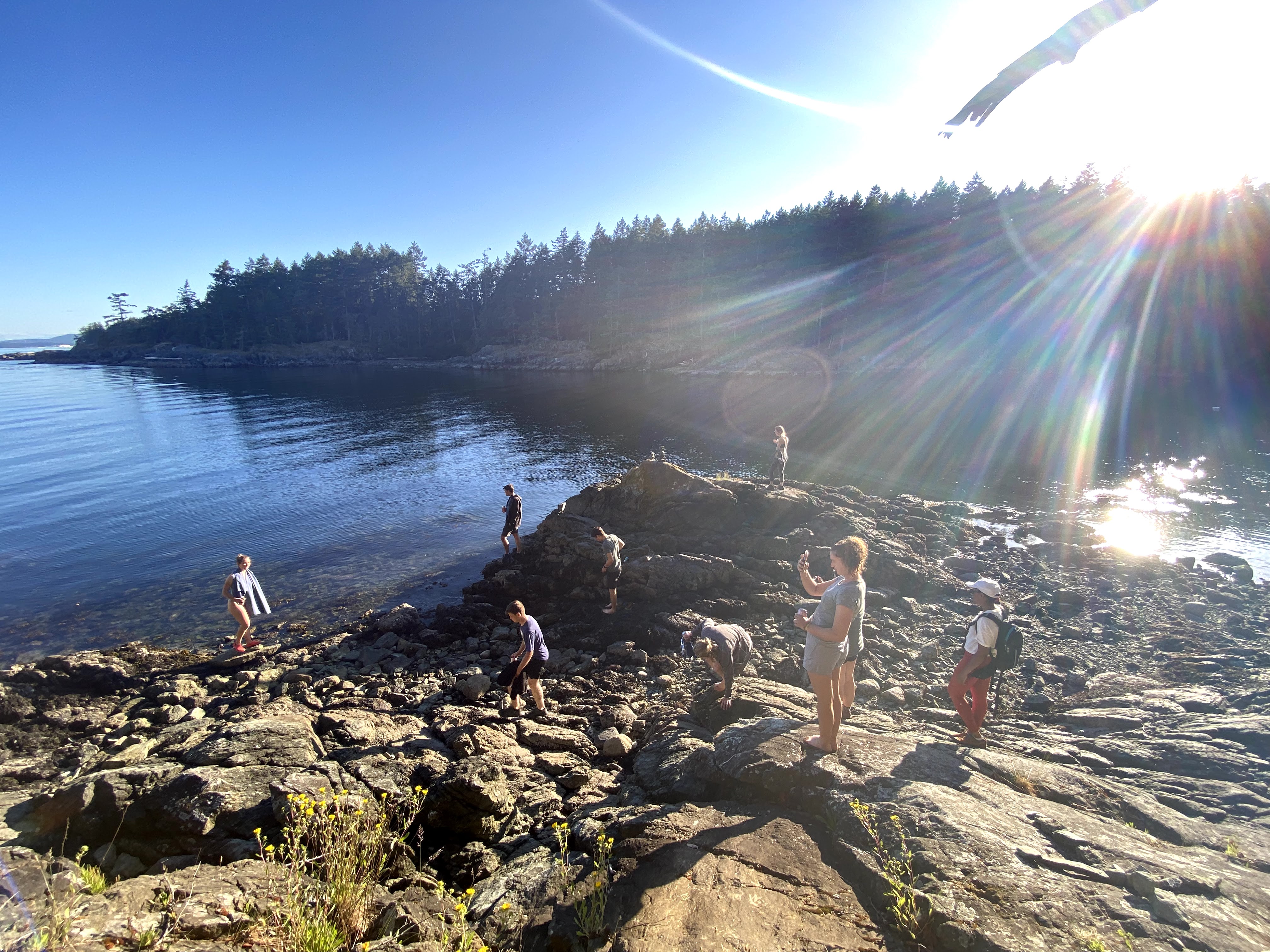 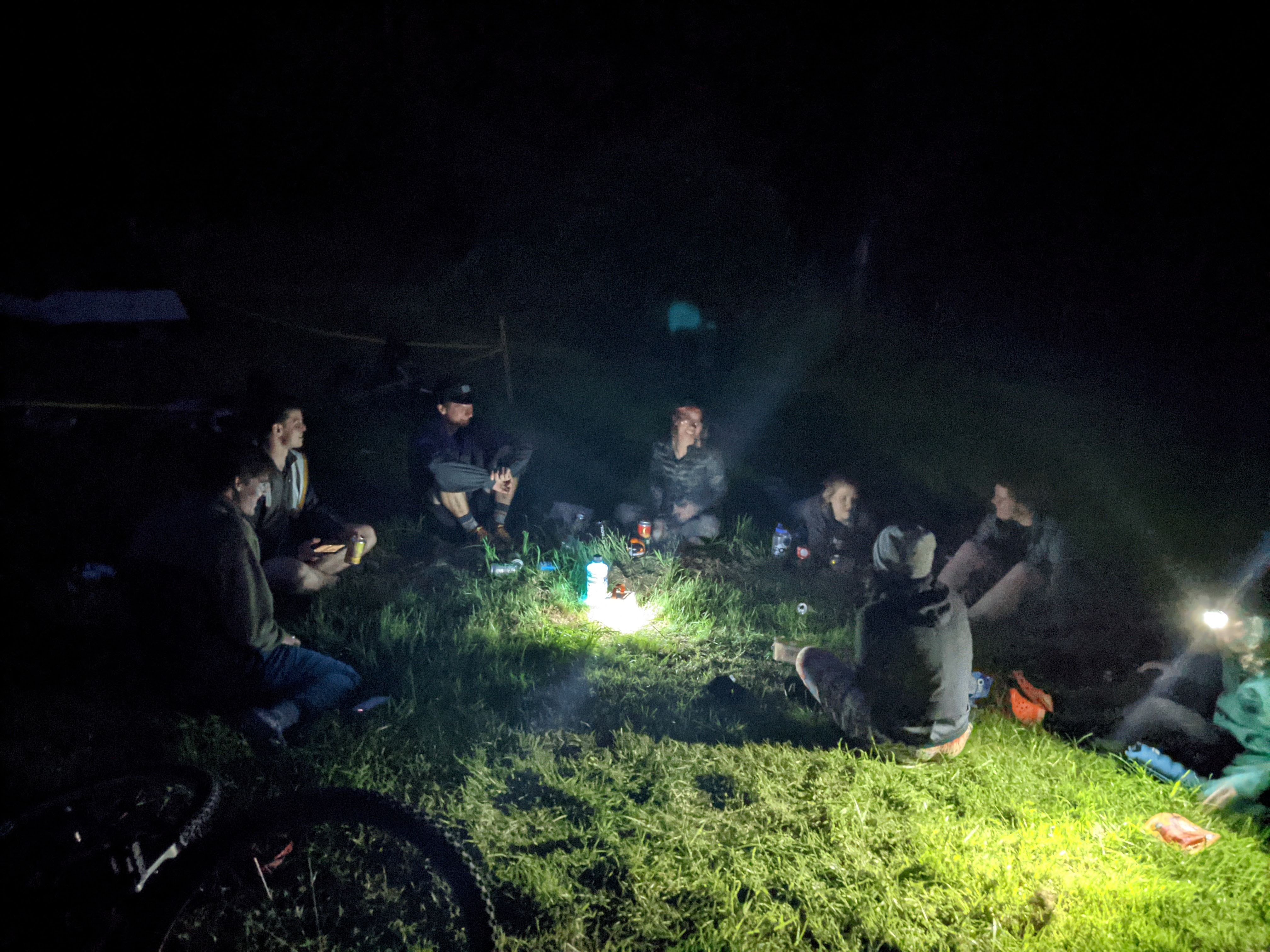 In the morning we were treated to a hot sunny day and another round of Quinn’s yoga before setting off. We stopped at a baked goods stand for some outrageous brownies and made it to our ferry to Schwartz Bay over an easy 10 km morning ride. 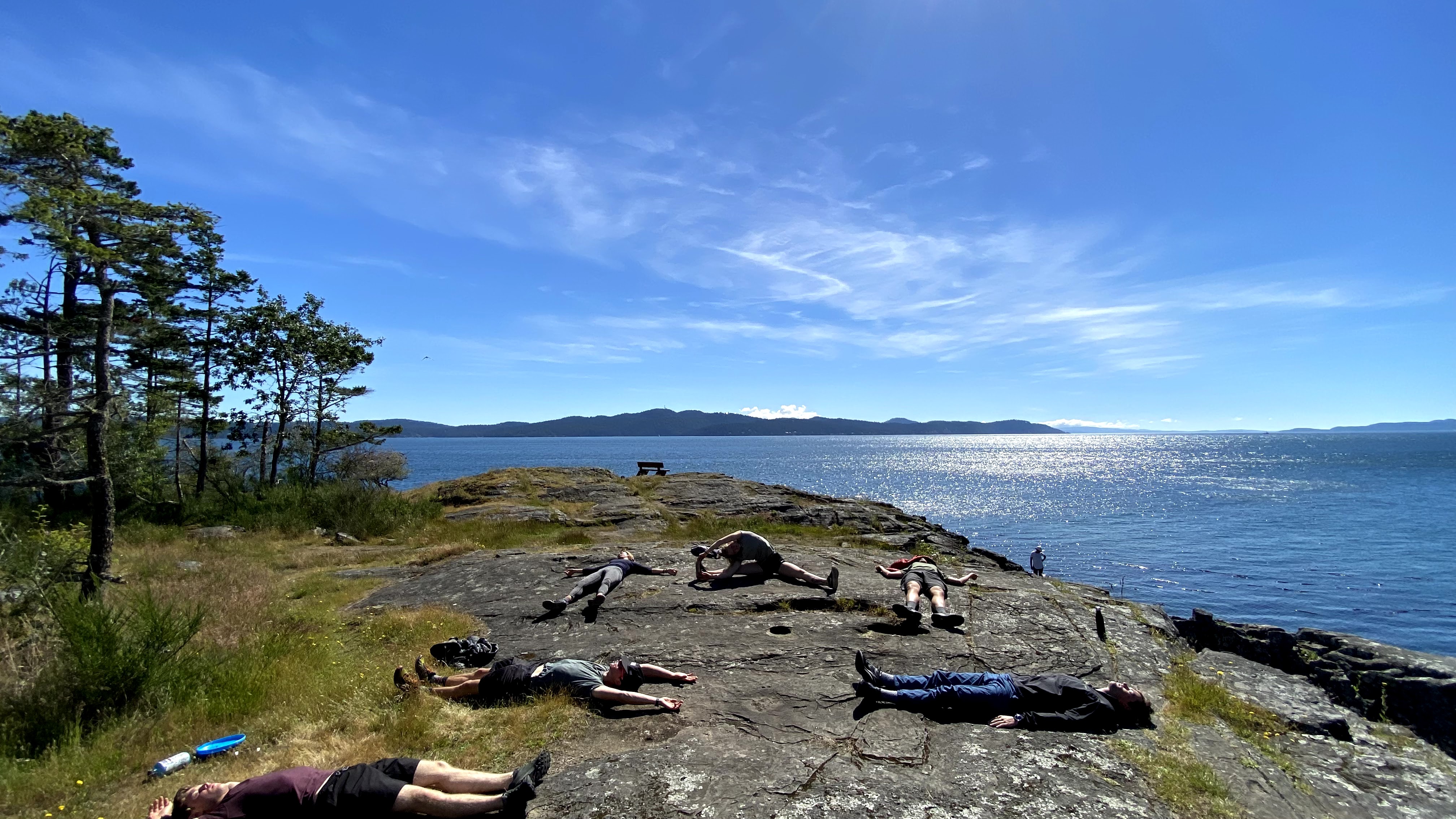 I had a timely flat getting onto the ferry, and was lucky enough to be gifted a tube and proper pump by another passenger after my patching skills were tested and failed. Onto the Schwartz Bay- Tsawwassen ferry, we enjoyed a crystal clear Mount Baker and were fortunate to catch a few glimpses of an Orca on the windy sailing back to the mainland. 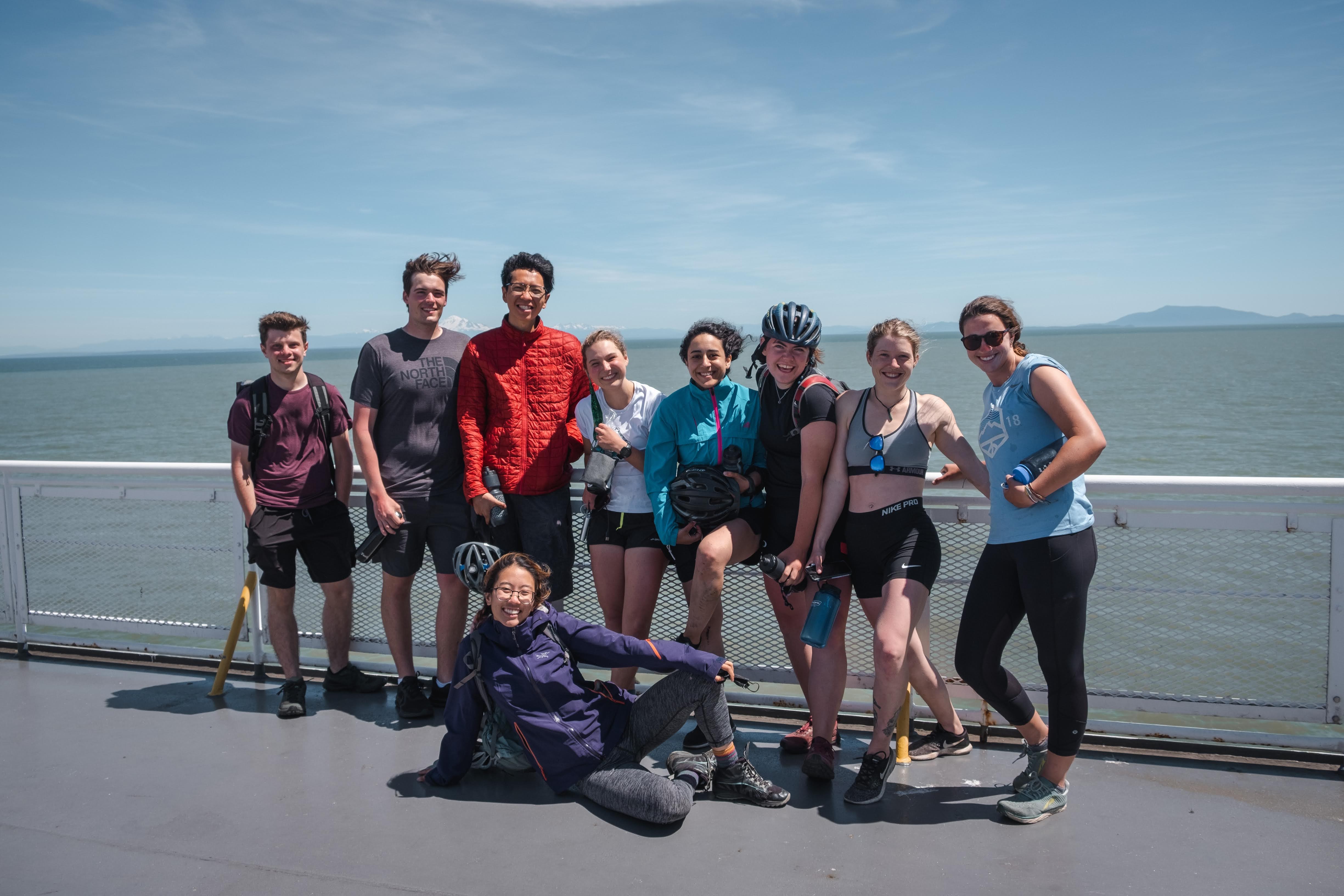 Once we arrived at Tsawwassen we enjoyed a sunny ride back, stopping only briefly for refreshments, said goodbye as we parted to head home along the ride.