Two carloads drove east from Vancouver early on Friday the 13th. The destination: the Canadian Rockies for some sweet, sweet ice climbing. We got to Ian’s mum’s house in Calgary in the evening, a chilly evening at -15C.

The first order of business for Ian’s extremely generous mum was to decorate the Christmas tree with the family. Emily and Leandra quickly became adopted into the family and helped put up many of the ornaments while we planned out the next days. As Emily (an English exchange student) said, this was “the best Canadian Christmas ever!” 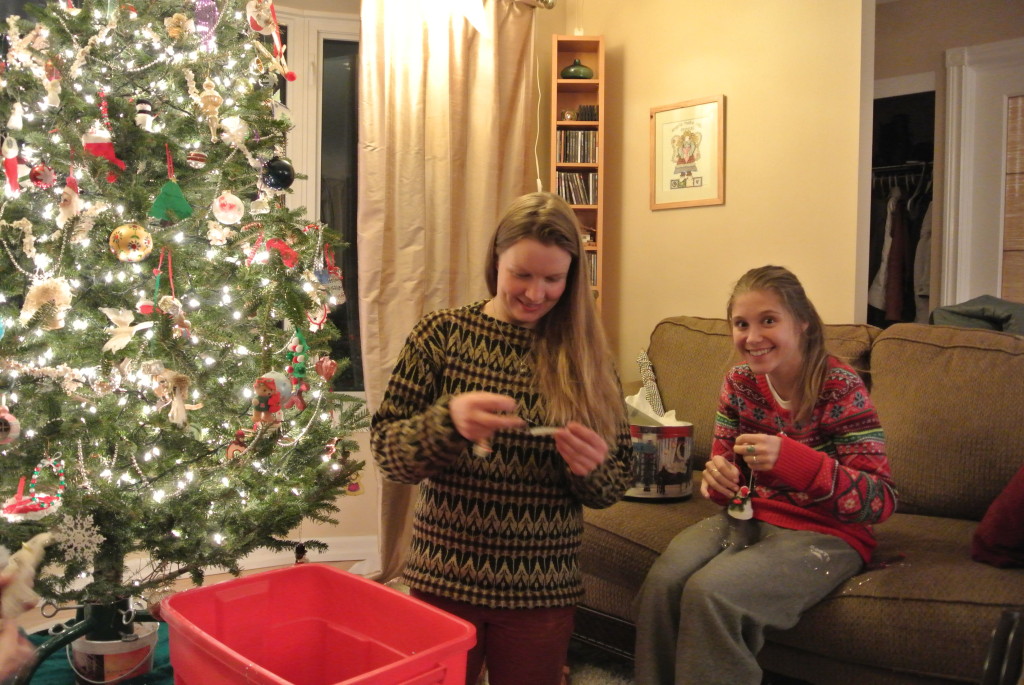 Emily and Leandra decorating the tree (TR to follow)

We got a “gentleman’s start” (as opposed to alpine) the next morning, with Ian and the crew stopping to pick up the new select ice climbing guidebook , Ice Lines. An overnight Chinook drove the temperatures in Calgary up from -15C to +8C! What a warm-up just in time for our climbing warm-up! We drove to Heart Creek near Canmore and hiked half an hour to a small flow in the canyon. Ian led up and set some topropes up and we got to climbing! This was Emily’s first day climbing ice and Leandra’s first day of climbing ever. We had a great day and rappelled and walked out in the dark (this became a common theme, especially in the shortest days of the year). 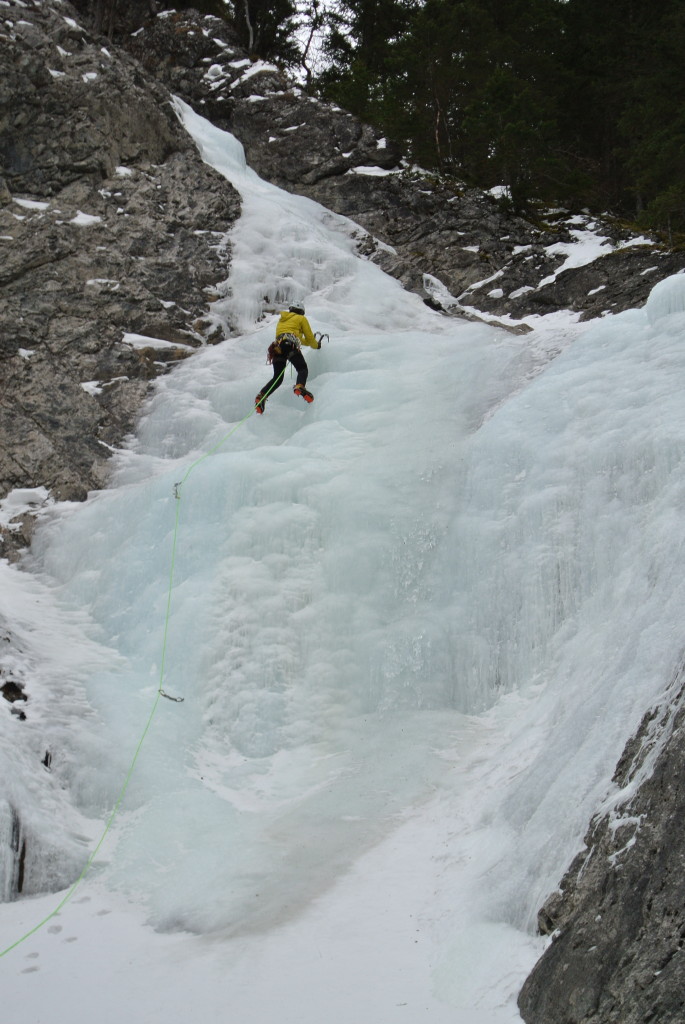 After stocking up with food in Canmore, we drove down to Kananaskis Country and set up camp at the closed gates of a campground. We ate a lot of food and went to bed early. Asleep in my tent, I was constantly woken by the fear that the high winds would send my tent airborne.

The next morning we ate and hiked up to the Wedge Smear, another wide and short curtain a little less than an hour away from the highway. We had a great day toproping here, a step harder than the day before up to WI3+ and some mixed lines to the side. We hiked out (in the dark) and went back to Calgary and relaxed in a hot-tub.

The next morning, Emily and Leandra went to Banff to explore and do more “touristy” things and less “ice climby” things. Tom, Ian and I had a very gentlemanly start to the day, arriving at Grotto Canyon near Canmore in the early afternoon. We quickly ran up Grotto Falls (WI3, 55m but 2 pitch), the ice Diedre of Canmore. This served as a warm up for His and Hers, two single pitch WI4s nearby. These provided a pumpy and fun afternoon, after which we hiked out in the dark and planned the next adventure… 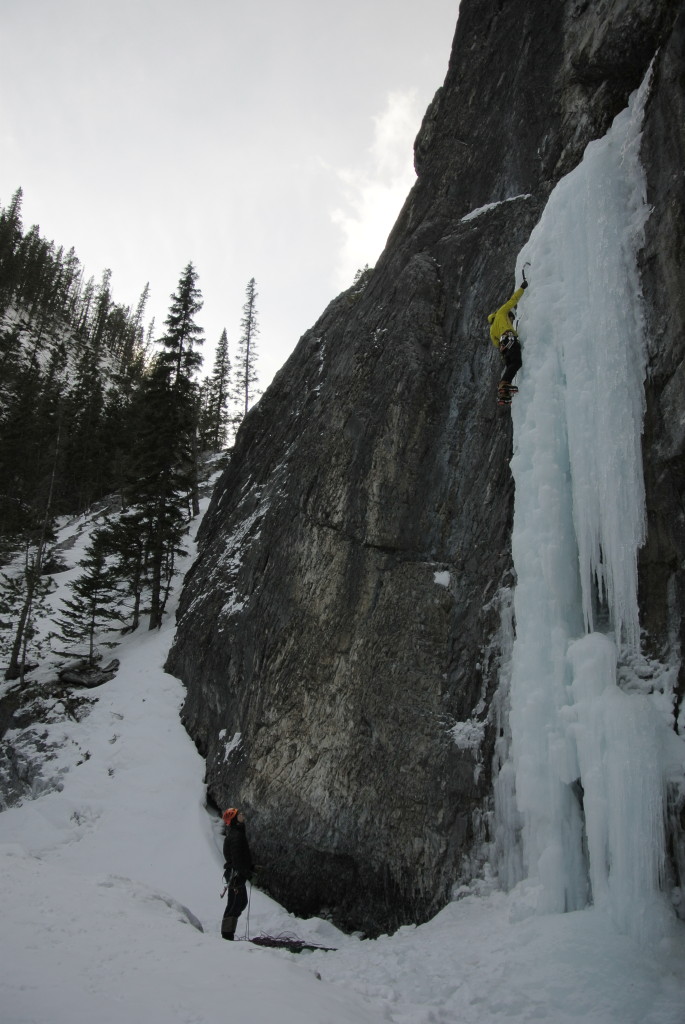 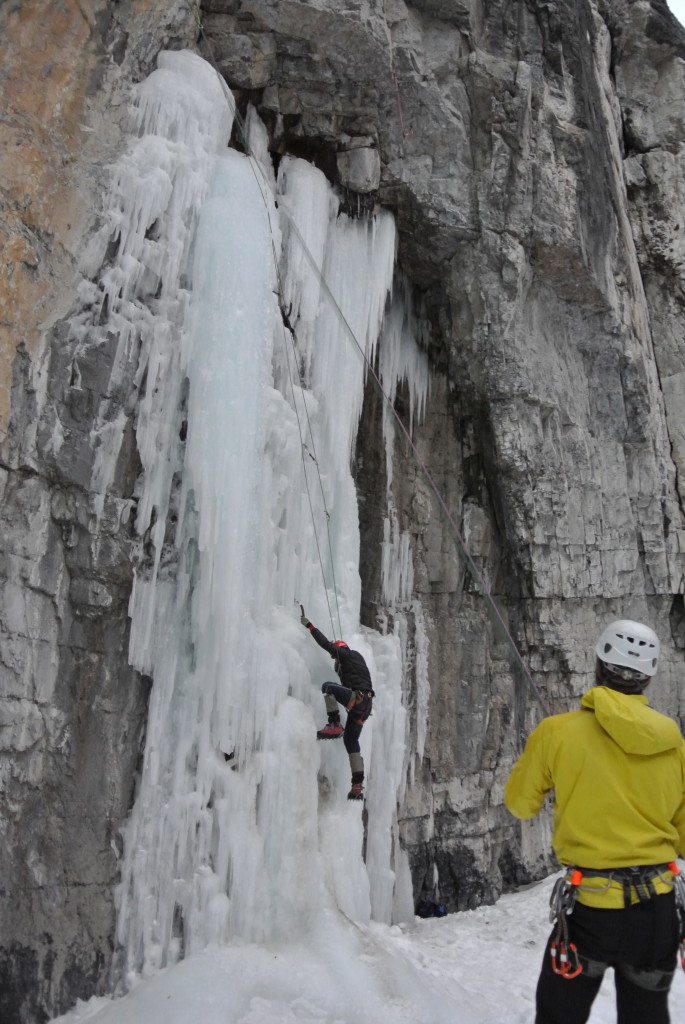