Mountaineering in the Bugaboos 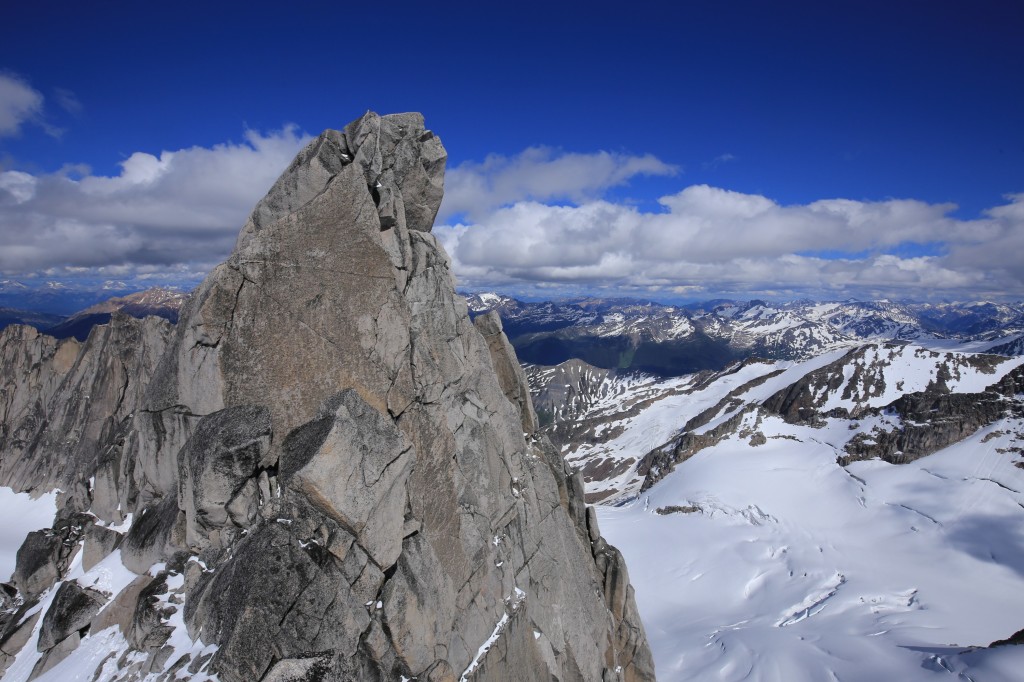 Owen and me (Tobi) were finishing a road trip through some National Parks in the Northwestern USA, and we chose do drive back via Canada due to the prospects of a much more scenic route. Since I remembered Matt was working for Parks Canada in the Kootenays, I hit him up and asked whether he’d have time for a trip, and it was pleasant to hear that he was as stoked as I was for a mountaineering objective. 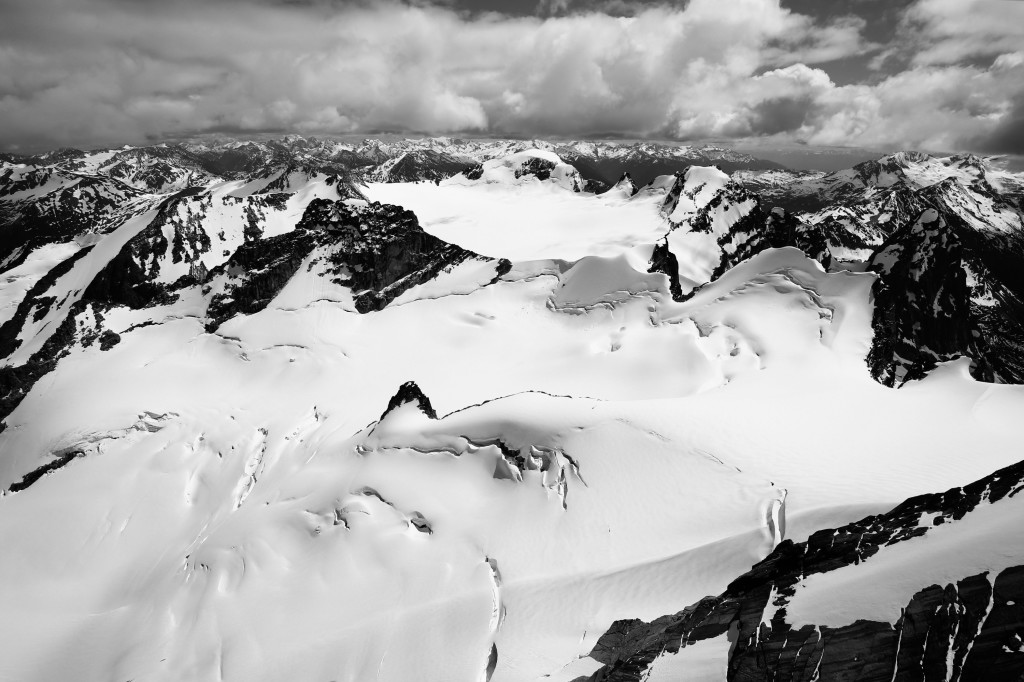 Glaciers and Peaks from the top of Pigeon Spire.

The route we chose was the West Ridge of Pigeon Spire, an easy but awesome 5.4 alpine climb in the Bugaboos. Often described as “the best 5.4 climb in the world”, it was a good pick, since I had only a week before done my first multi pitch climb — a stiff 5.9 on which we bailed after four exhausting pitches. I was therefore glad to hear that the climbing on this trip should be relatively straightforward. 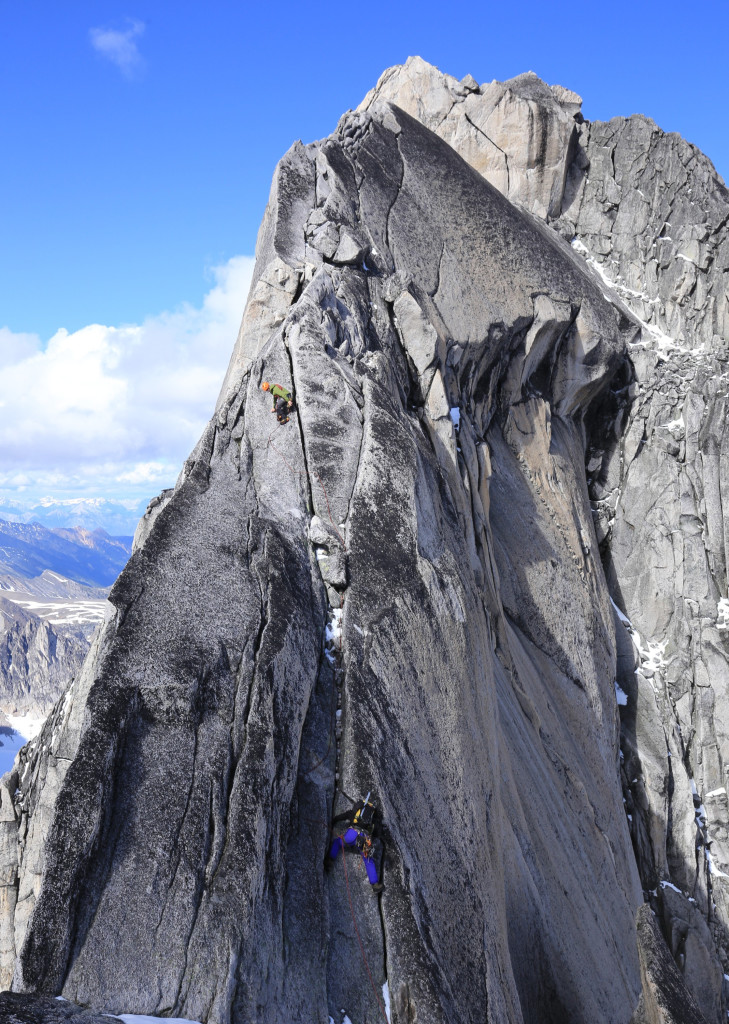 Climbing up the West Ridge

There was a lot of faff packing everything on Saturday, and the 50km logging road to the trailhead took its time as well, such that after arriving at the luxurious (by VOC hut standards) Conrad Kain Hut, we only had time to play in the nearby glacier ice for a short bit. We went recapitulated essential glacier skills such as self arrest, travel with ice axe and crampons, and how to organize a crevasse rescue.

After a short night, we got up at 5 AM to witness the beautiful Bugaboos scenery in the morning light, and after some more faff made our way quickly up the glacier. The infamous Bugaboo-Snowpatch col, a 45 degree climb on snow, was in great condition, but nearby sluff avalanches from the night before’s snow kept us on our feet. 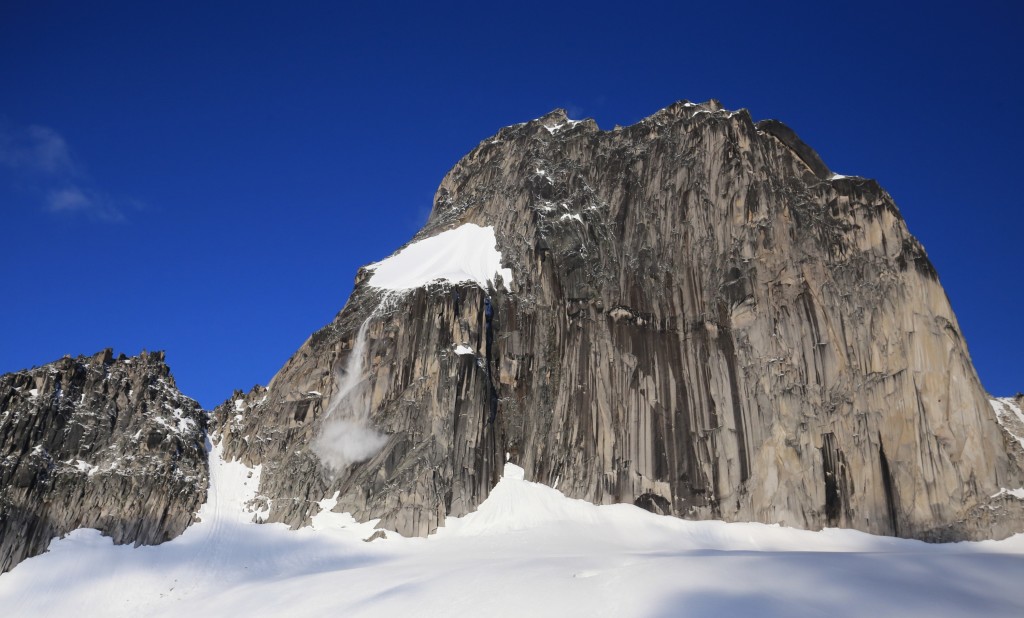 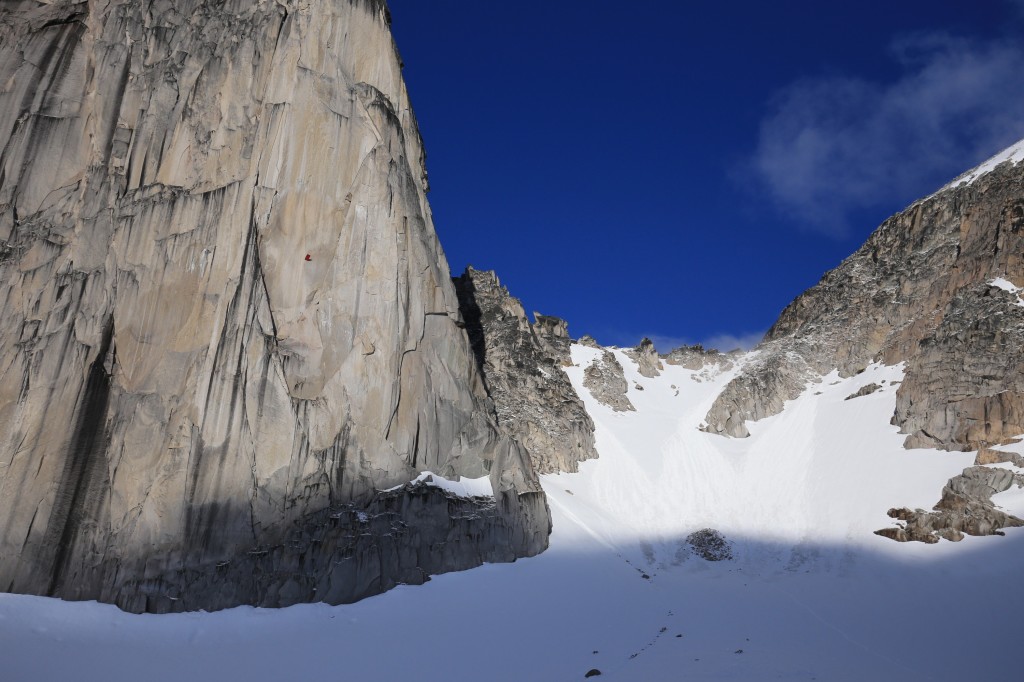 We continued on towards the West side of Pigeon Spire. As we were walking across what was presumably the bergschrund, I noticed that my ice axe had very little resistance once pushed in half way. Not wanting to spend too much time at a dangerous spot, I moved on. 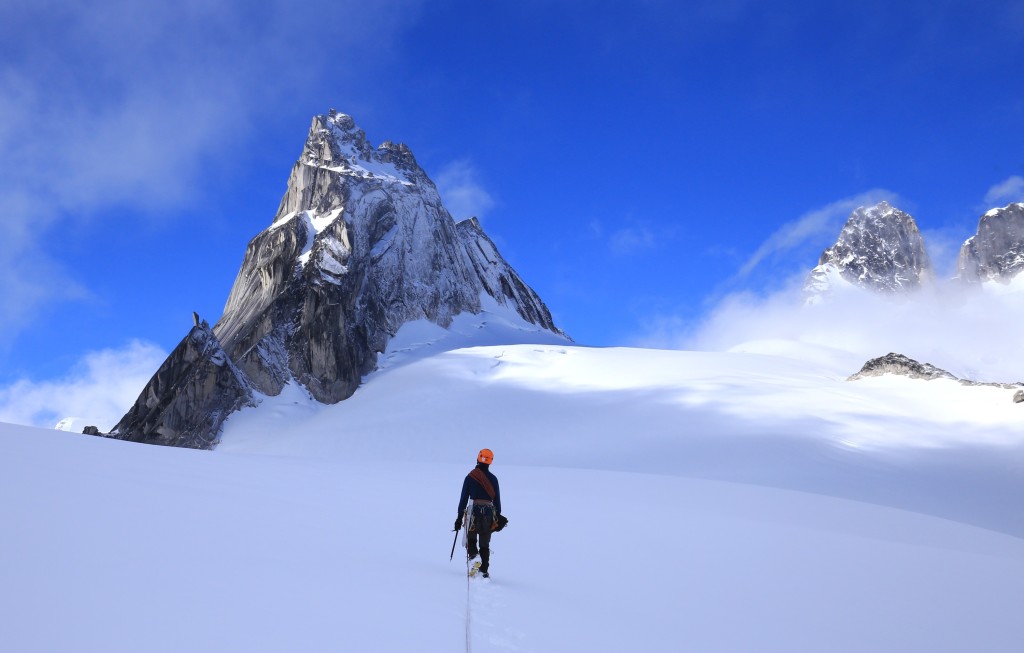 En route to Pigeon Spire (the left one) 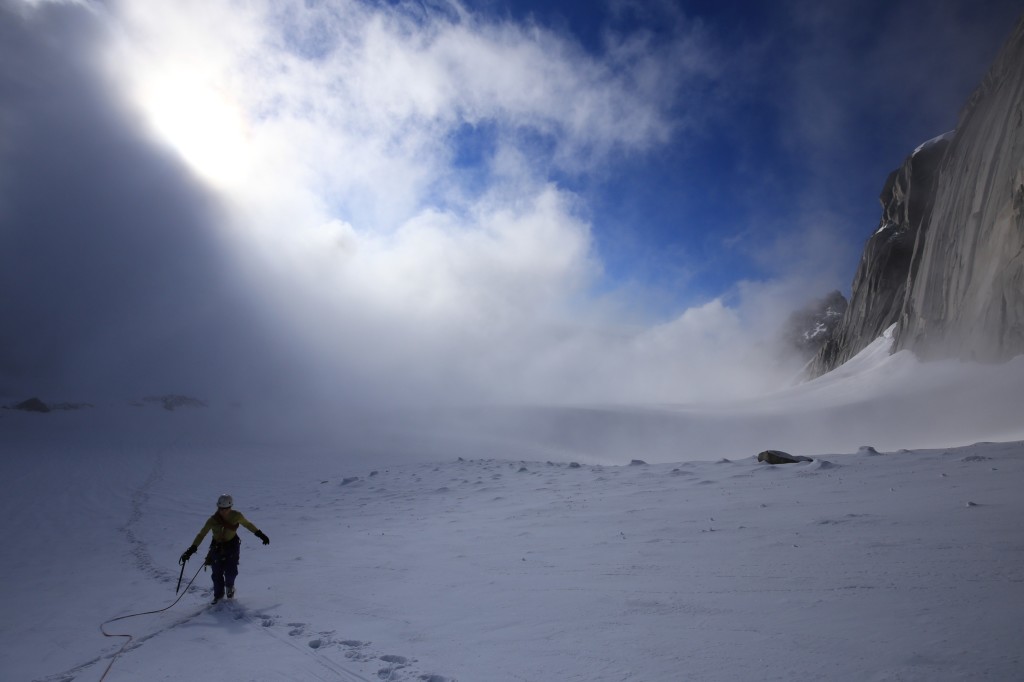 Weather was misty and snowy at times

As we were already roped up, we decided to simul climb the ridge. Progress was steady though somewhat slow and snowy weather moving in made us use extra caution, since much of the rock was slippery. I jokingly asserted that once we’d be on the summit, the weather would get better, and was pleasantly surprised that exactly that happened after we reached the summit at around 2.30pm. Posing for couple of victory photos, we decided to go down the mountain a bit quicker, since we knew we had to do the descent to the hut and then down to the car all in the same day. We rappelled and then downclimbed the rest of the ridge, which was easy enough on the now sun dried rock. 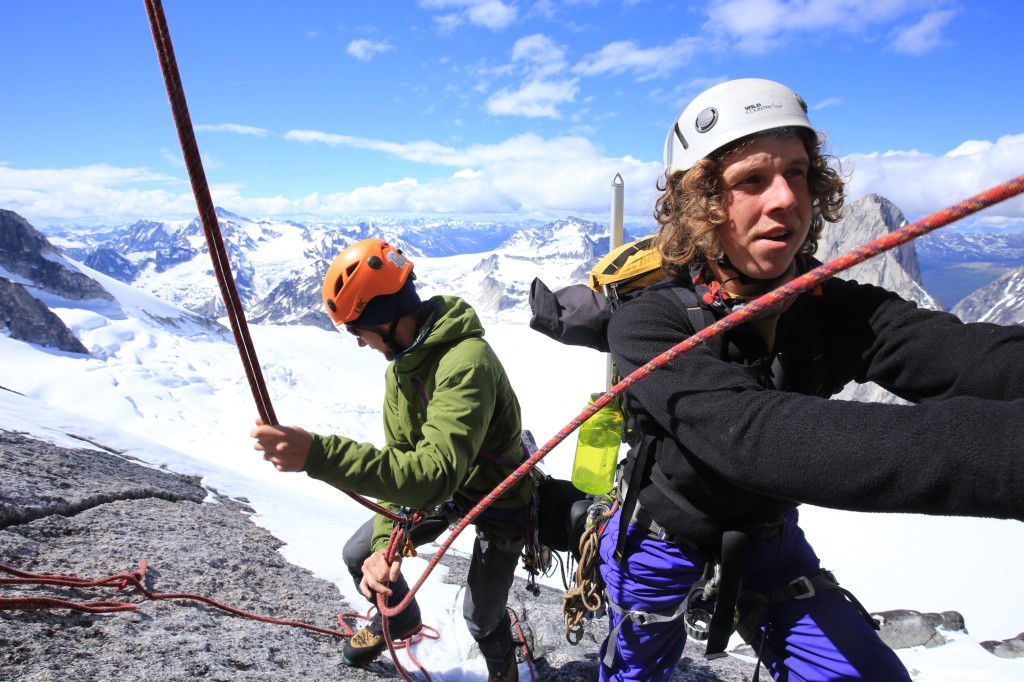 As we crossed the bergschrund a second time, indeed one of us broke partially through the snow bridge, but was easily able to get himself back on stable ground in an instant. 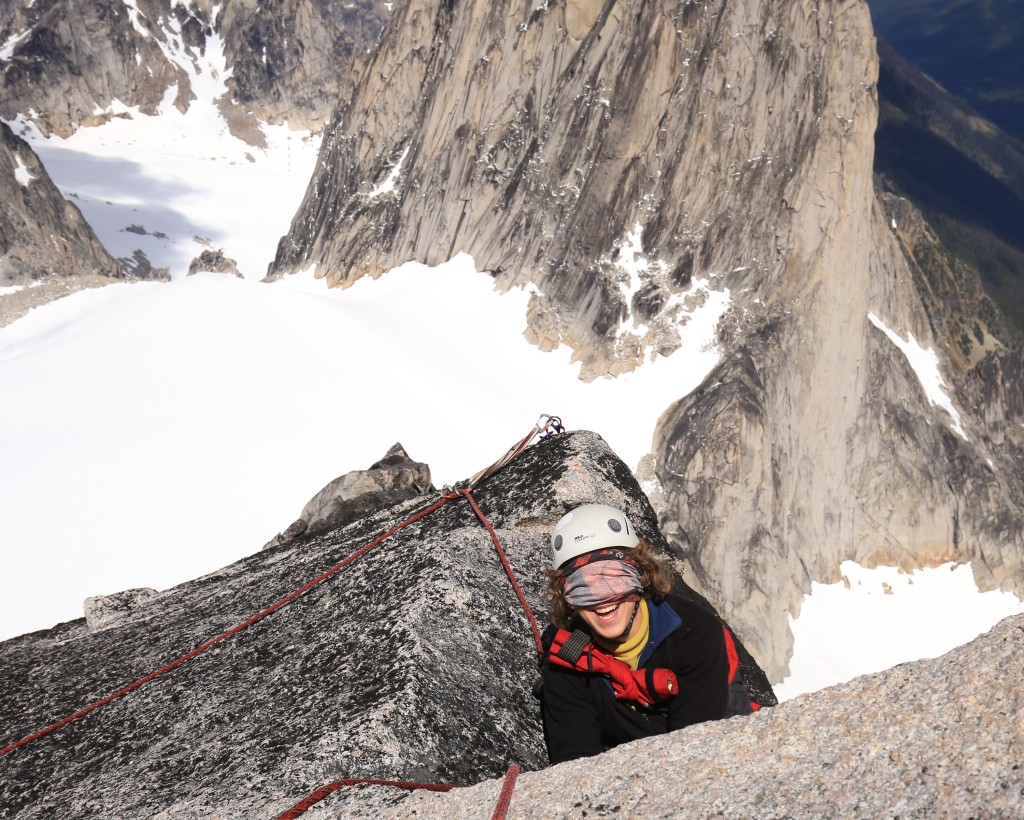 Descending on the glacier was a lot of fun: we basically ran down, our potential energy being gently absorbed by the increasingly softer snow. The col was partially downclimbed and bum sled, to much of our own enjoyment. We were back at the hut at around 8.30pm, packed everything up and got back to the cars at 10.30pm. During the two hour drive back I had to battle with myself to stay awake, while my front-seat passenger was dead asleep and would not even be woken up by the bumpy logging road. Happy I was nonetheless, since this was my first and best summer mountaineering trip, and will inspire me to many more adventures. 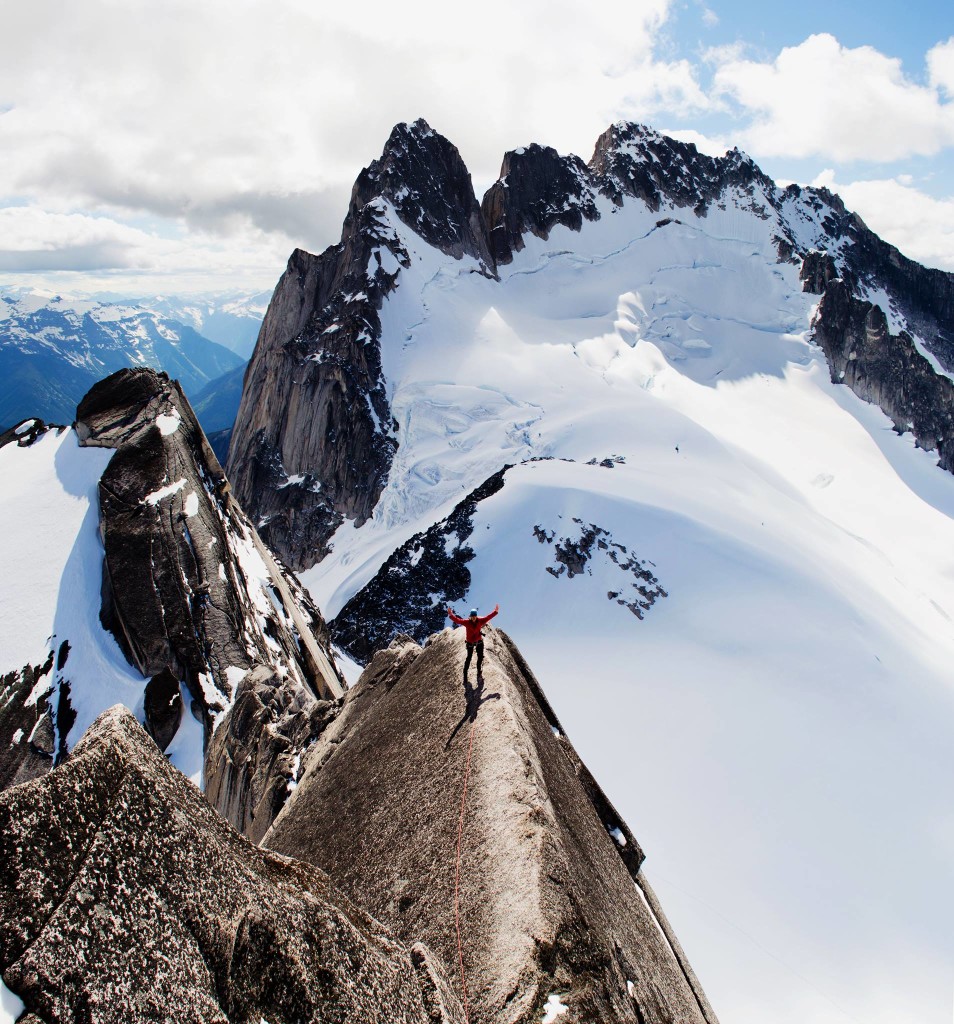 Yours truly on the exposed ridge. Photo: Matt

One Response to Mountaineering in the Bugaboos