Advanced Hotspringing in the Pitt River: An Elaho Epic

For Labour Day long weekend, I planned an overland trip to the Pitt River Hot Springs, starting at Watersprite Lake. The evening before we were going to leave, I got an email from Ryan MacDonald saying that he didn’t really want to spend his weekend slogging 20 km of logging roads, so he was going to go up Outrigger instead. This seemed like a cool trip, so I decided to join. I left work early so that I could meet Ryan and we could get out of the city before rush hour. We made great time up G Main FSR. About 10 km before the road to Outrigger, Ryan noticed some smoke coming out from his engine. We discovered that his radiator hose had a sizeable hole in it, and we had nothing to patch it. 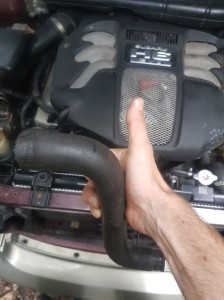 We headed a kilometre down the road to a First Nations fishing camp we had passed on the way up to see if anyone there could give us a ride into town in the morning, but it was empty. We got back to the car, set up camp and went to bed.

The next morning, we woke up at 5:30 and hiked down the beautiful FSR towards Squamish. 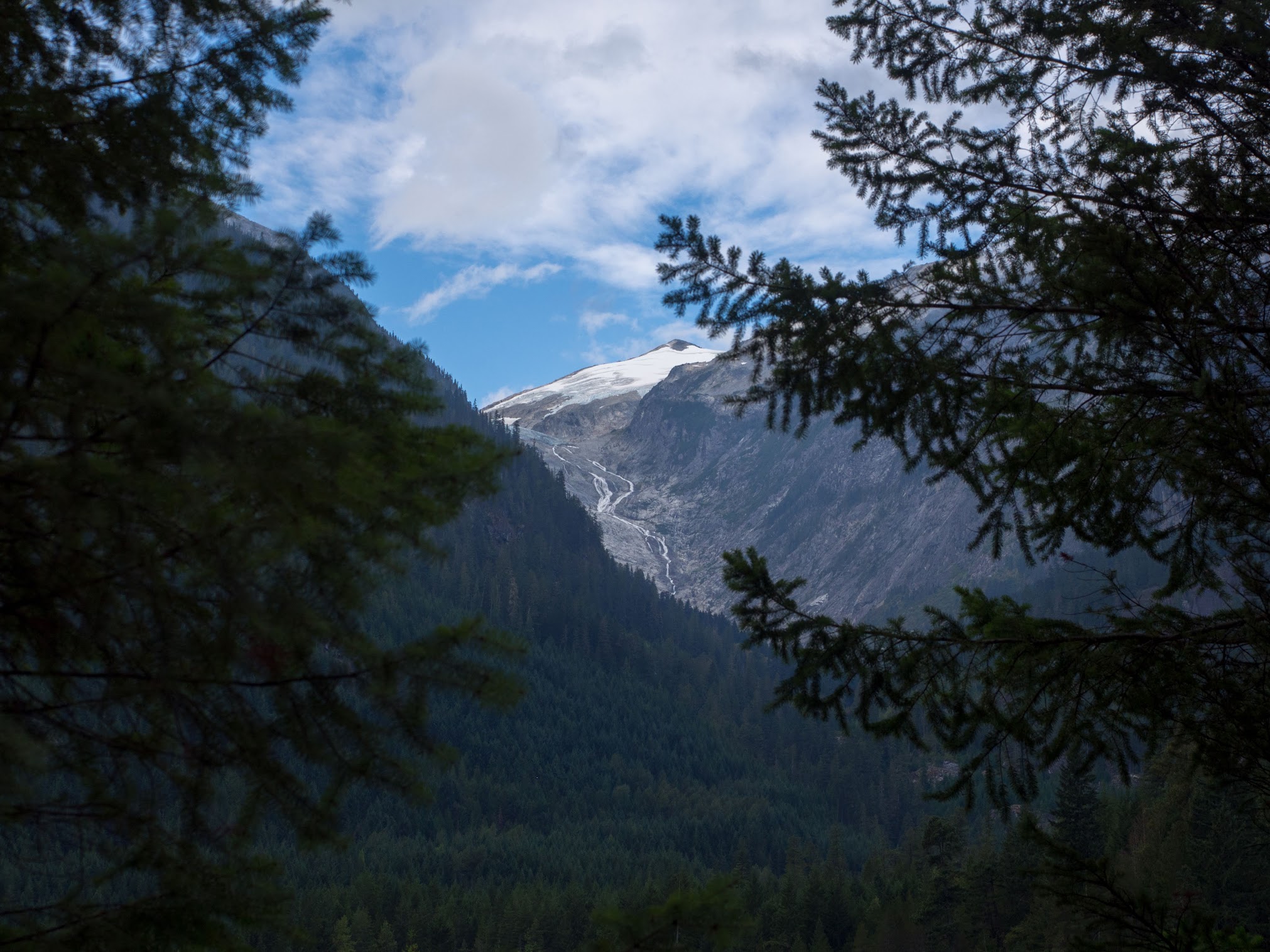 About 20 km down the road, after getting passed by several cars, a couple stopped for us. They were camping a few kilometres up the road and needed to get some beer and cigarettes. After visiting all of the auto parts stores in Squamish, we finally found a radiator hose for the car. Our new friends drove us back up to our car and then went to explore the Elaho. When we got to the turnoff for Outrigger, the road was washed out at 0 km so we started hiking up more logging road. It was 2 pm, a good 8 hours after we wanted to start hiking. We hiked along the road for a kilometre or two and then decided to try cutting a switchback through the burnt-out forest. 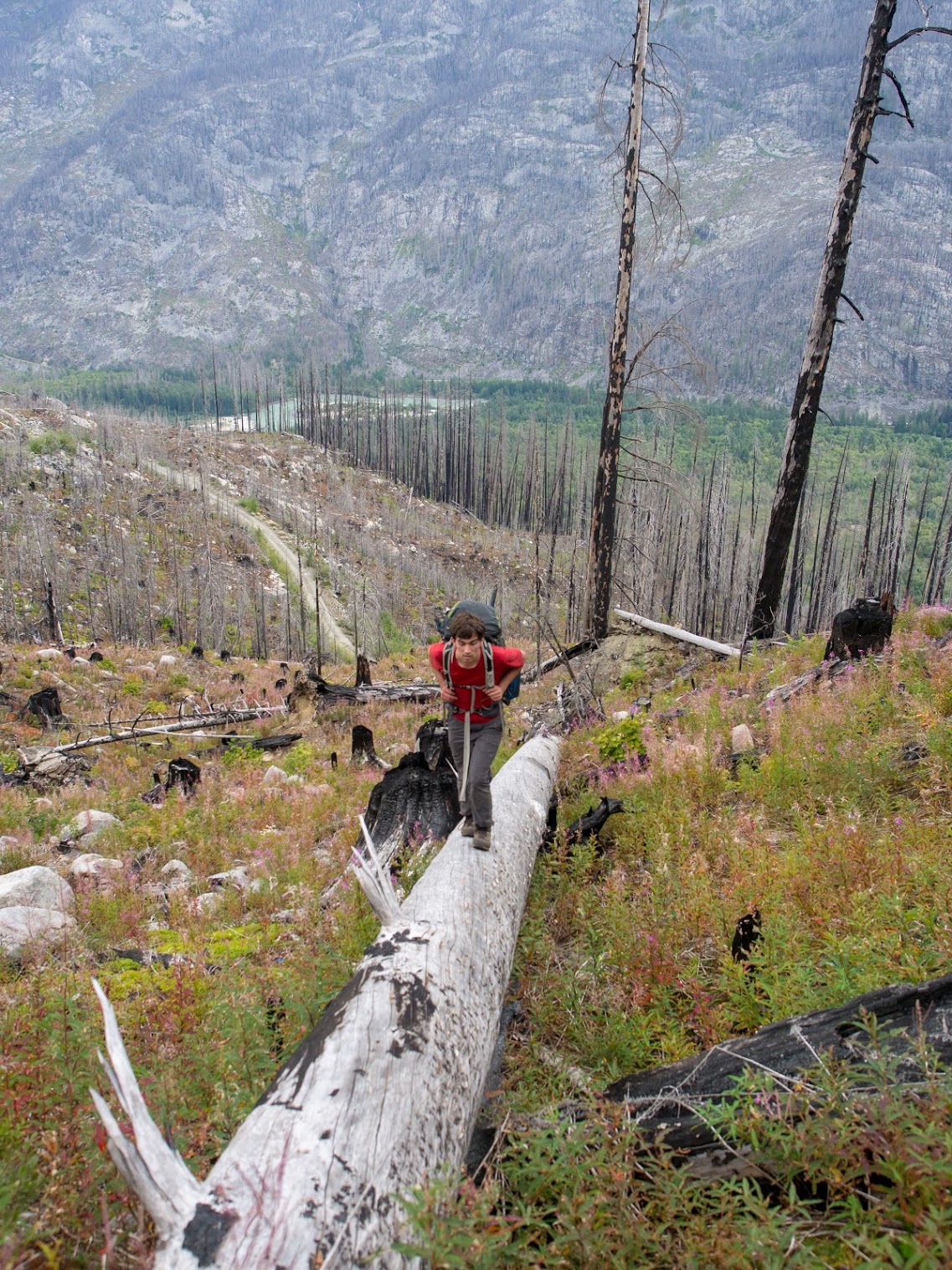 Me walking through typical terrain on the way up to Outrigger

What would have taken us 15 minutes along the road ended up taking 40. We kept reaching what looked like the end of the road, but at the top of every deadfall scramble, we found more road. By the time we reached the real trailhead, it was 5 pm and we decided that we were too tired to keep going. We set up our tents, ran into a bear, and made dinner. We were both asleep before sunset.

After a second alpine start, we ate a quick breakfast and headed up the mountain. The trees were all burnt and couldn’t be used as reliable holds. Neither could the rocks, which would shatter when you put weight on them. It was an amazing testament to the destructive power of fire. 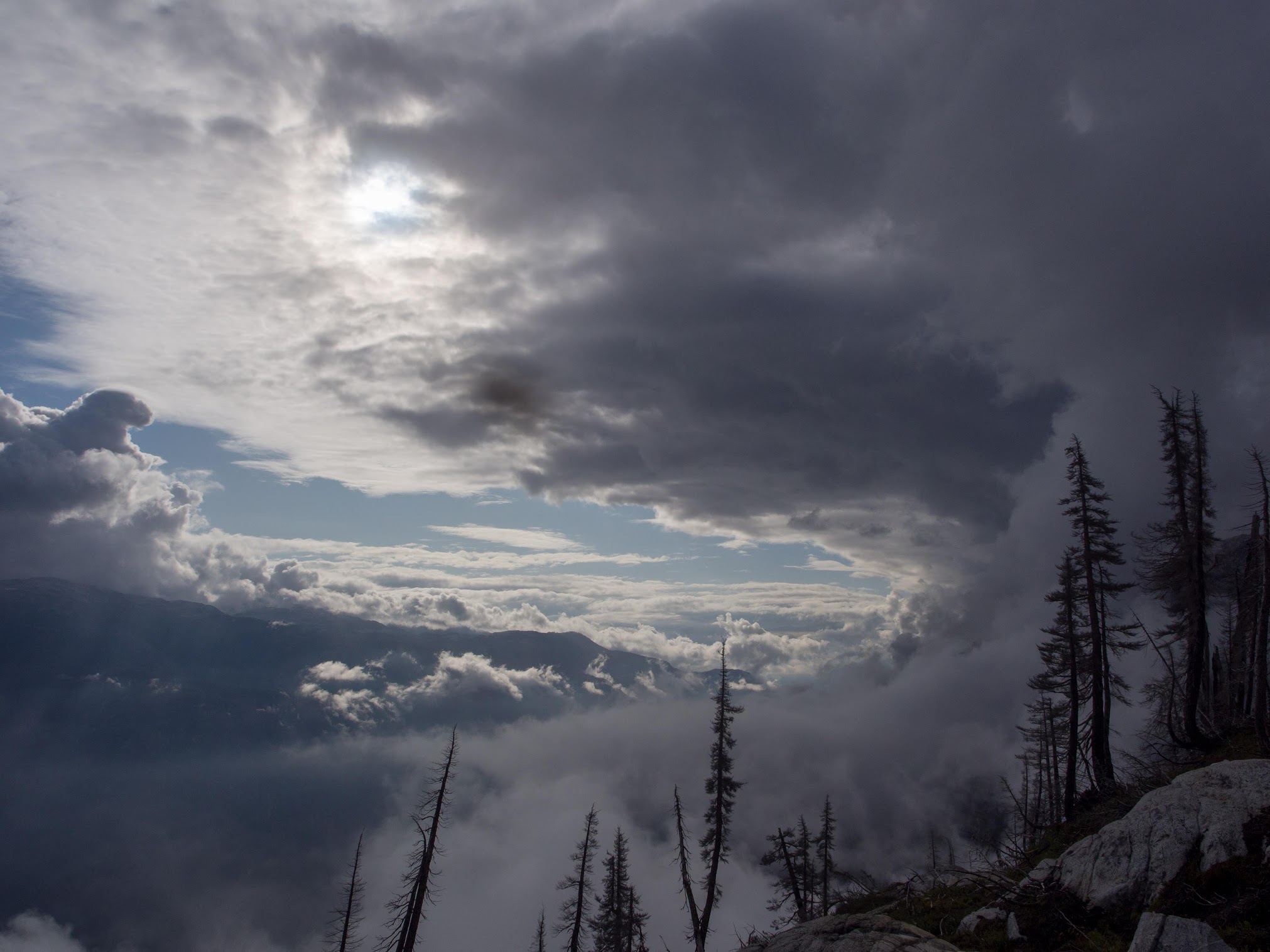 Some nice scenery that kept us going as we slogged

We finally reached the alpine and found numerous berries which we snacked on as we made our way upward.

Our plan for the day was to find a nice bivy spot, set up camp and head up Outrigger. We scrambled along the ridge for a while and saw an impressive glacier. 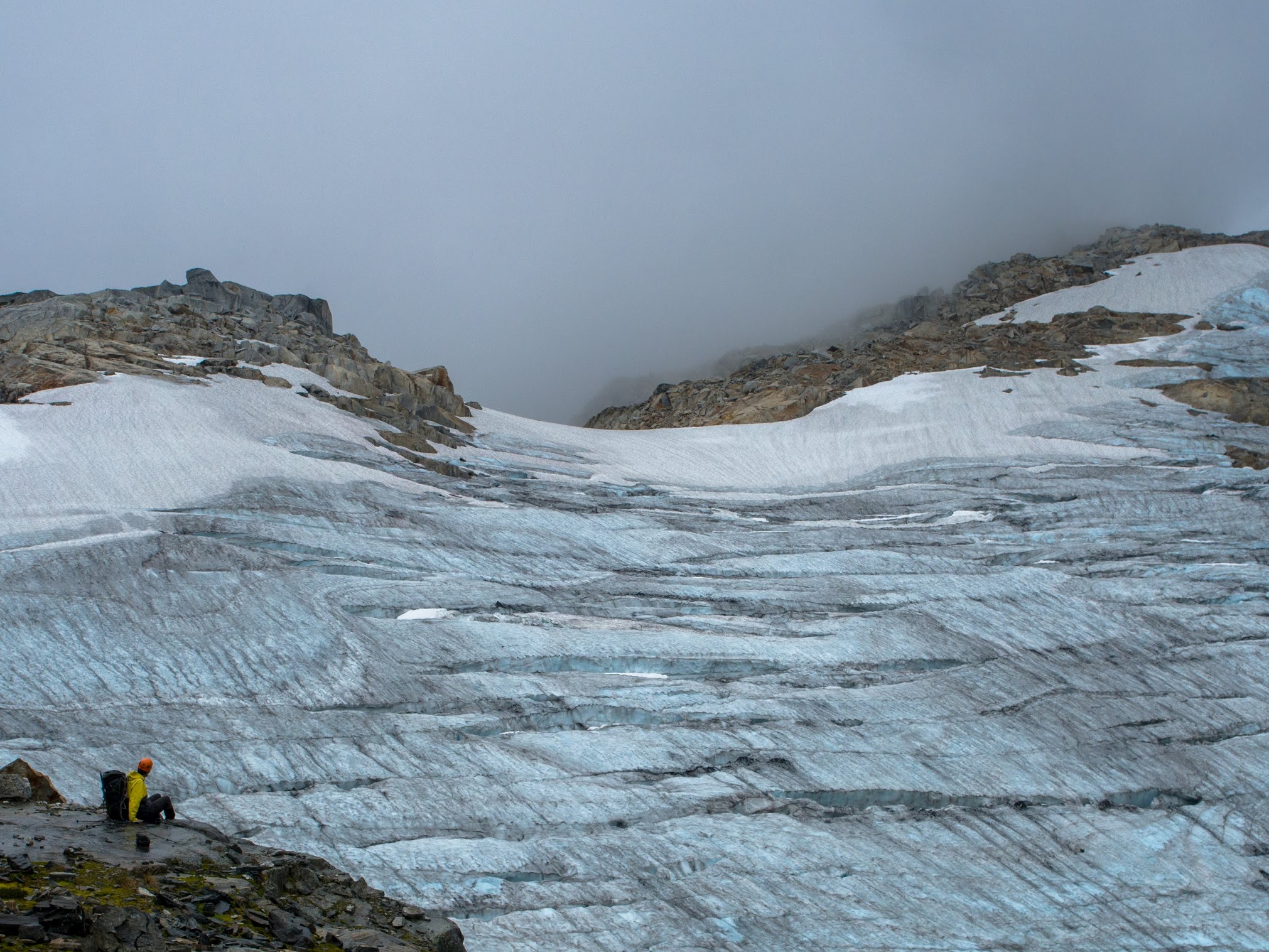 The impressive glacier on the north side of Outrigger

We followed some goats, who skirted around the glacier, sticking to the ridge above it. 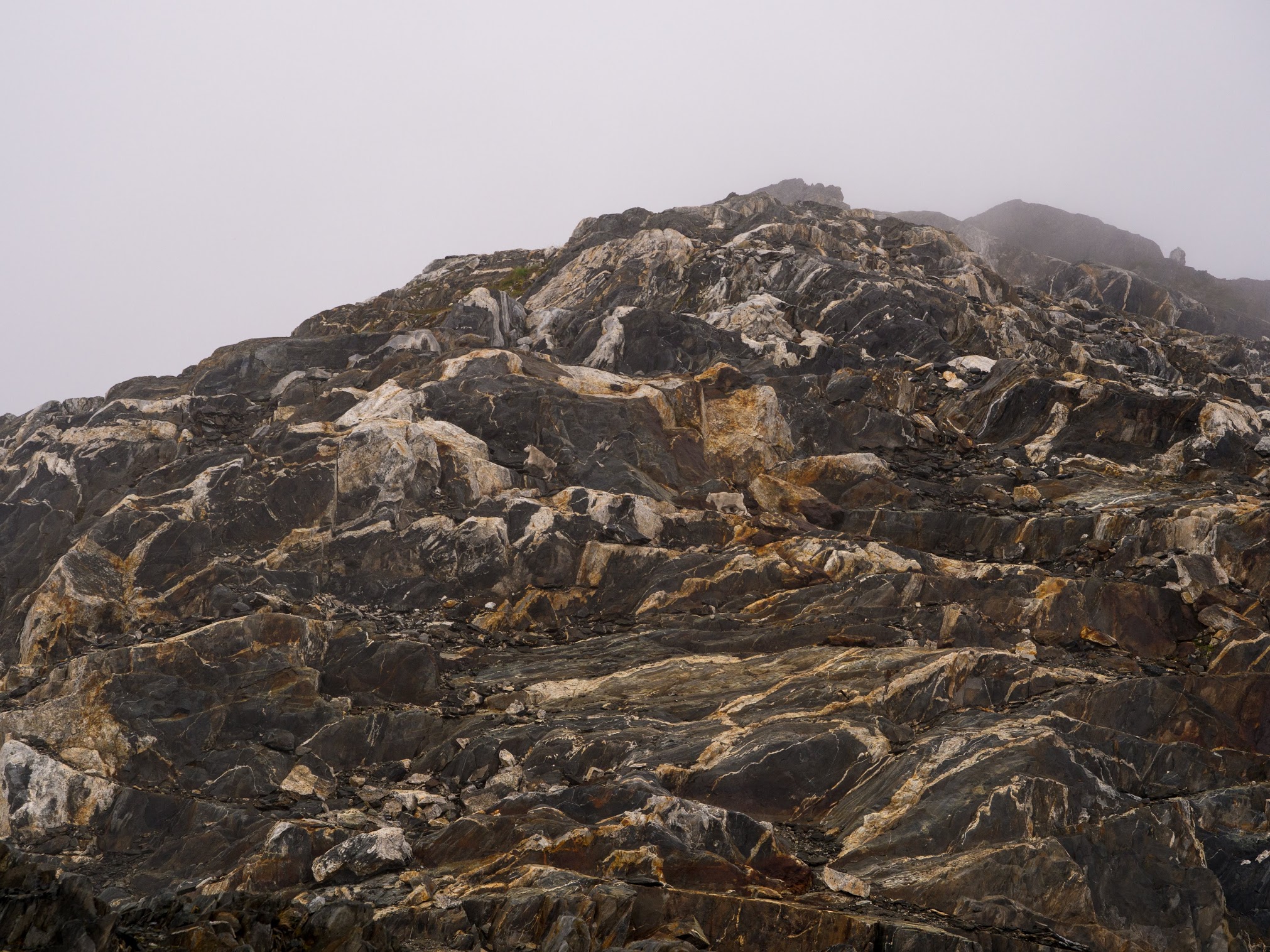 Spot the friendly goats who helped us with our route-finding

We continued along the ridge until it started to rain, at which point we quickly set up our tents on a mostly-flat bench and sought shelter. Ryan unfortunately left his book in the car but found some non-traditional reading material to stay occupied. We napped a lot, and both ate almost all of our food out of boredom. Right before sunset, the clouds suddenly disappeared. I was trying to sleep at that point, but Ryan came and got me out of my sleeping bag so that I could actually see the beautiful mountains around us. 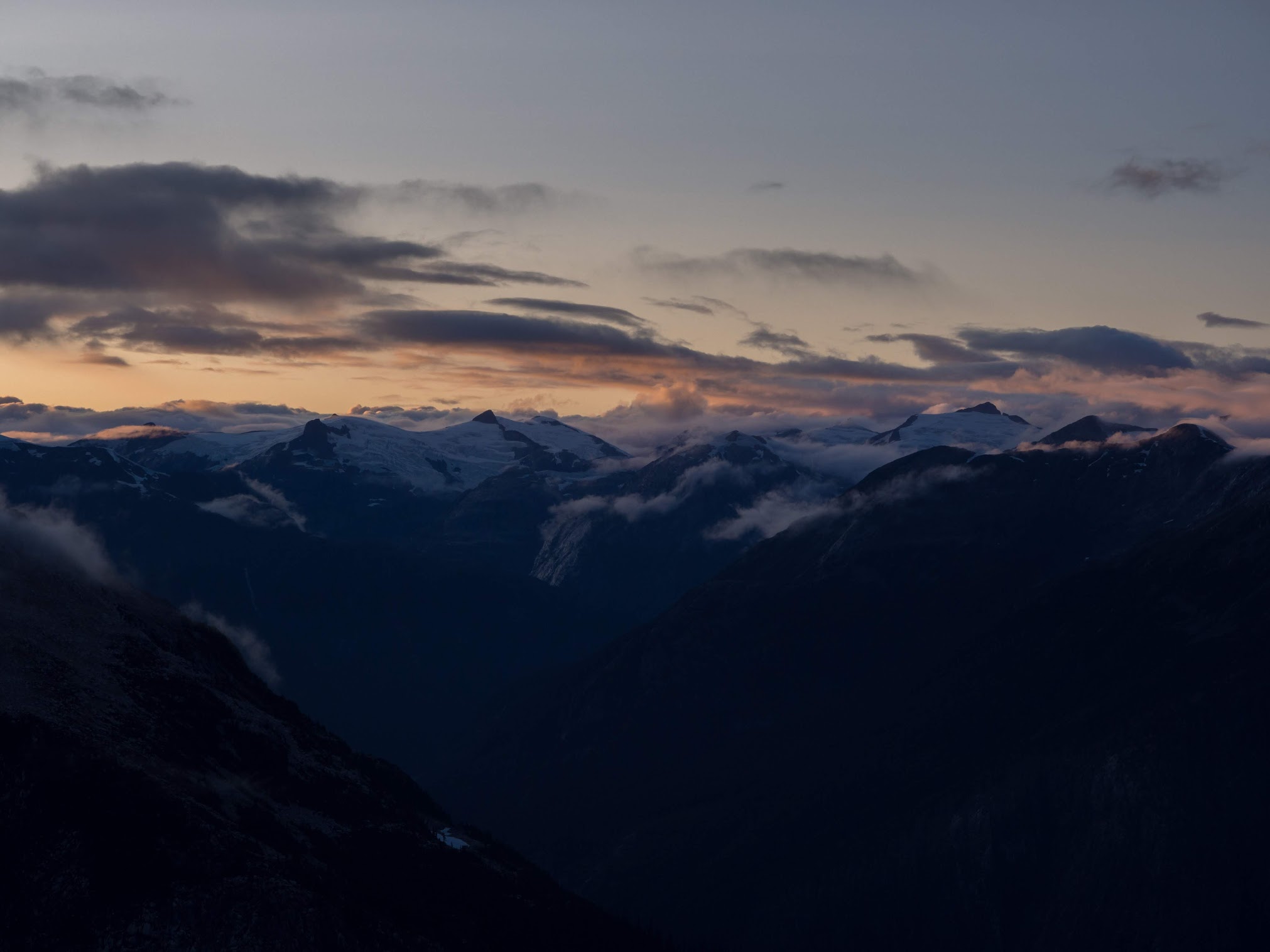 Our patience was rewarded by spectacular views in all directions

We decided that if the weather held, we would go for a summit attempt in the morning.

We started our final day with yet another alpine start and made our way up the ridge toward Outrigger. While we were packing our day packs for the summit bit, Ryan realized that he was missing his Nalgene. We weren’t sure if we’d summit because the glaciers looked pretty nasty and we didn’t have a rope, but we wanted to get as far as we could to see the sunrise. About 20 minutes before sunrise, we got to the glacier and discovered that the scary-looking crevasse was only a foot (30 cm) deep and a few inches wide. 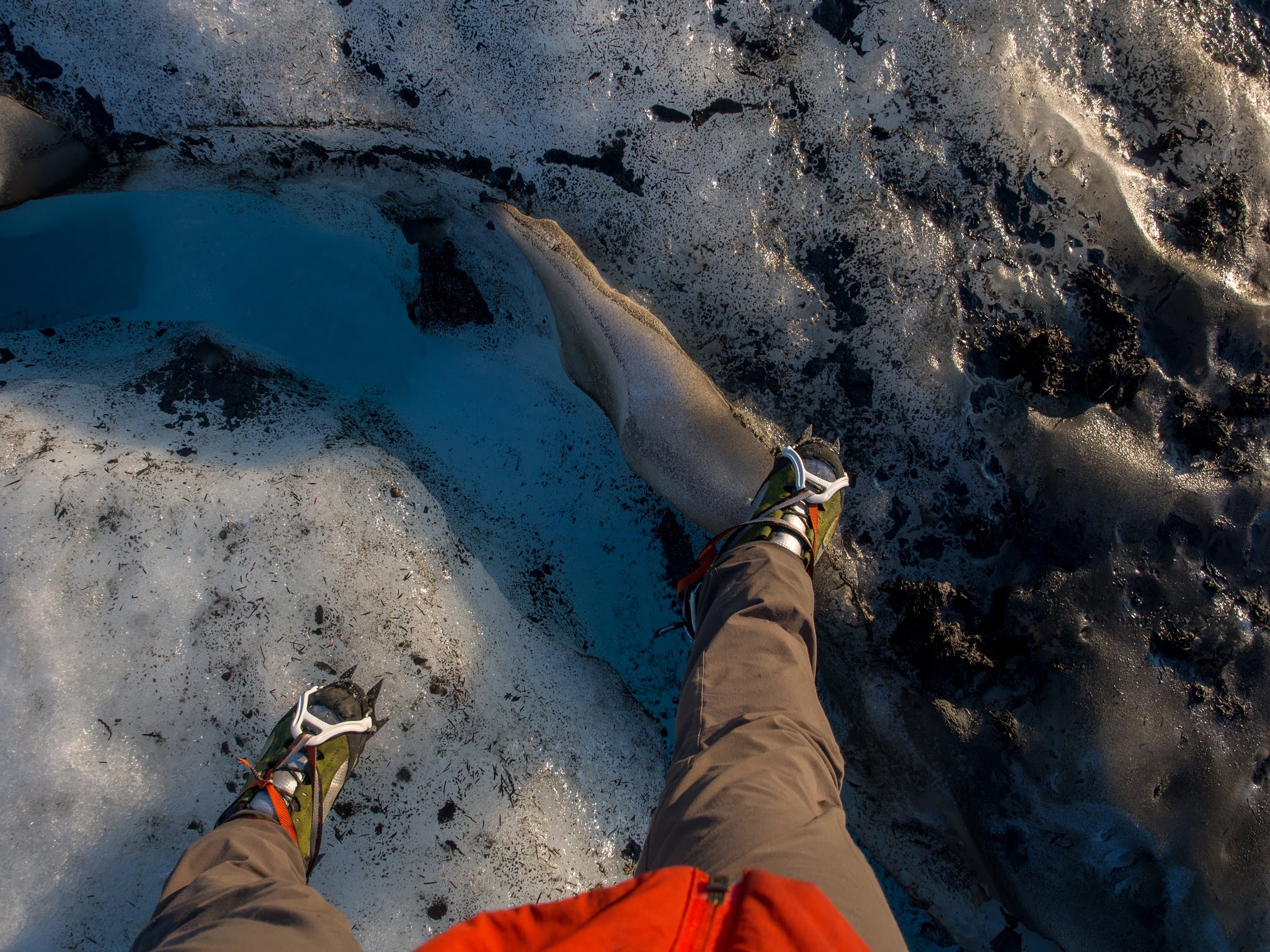 Ryan stepping over a very scary crevasse on Outrigger

We made great time up the glorified snowfield and had a few spicy scrambling moves to get to the summit, just in time for sunrise. After a long time taking photos at the summit, we headed back down the mountain. As we headed down the creek to the road, I found Ryan’s Nalgene stuck behind some branches. Once we got back to the car, Ryan decided to check on his radiator, which was under very high pressure for a car that had been off for a day and a half. We thought nothing of it and drove down to the McDonalds in Squamish for fries and chocolate milkshakes. 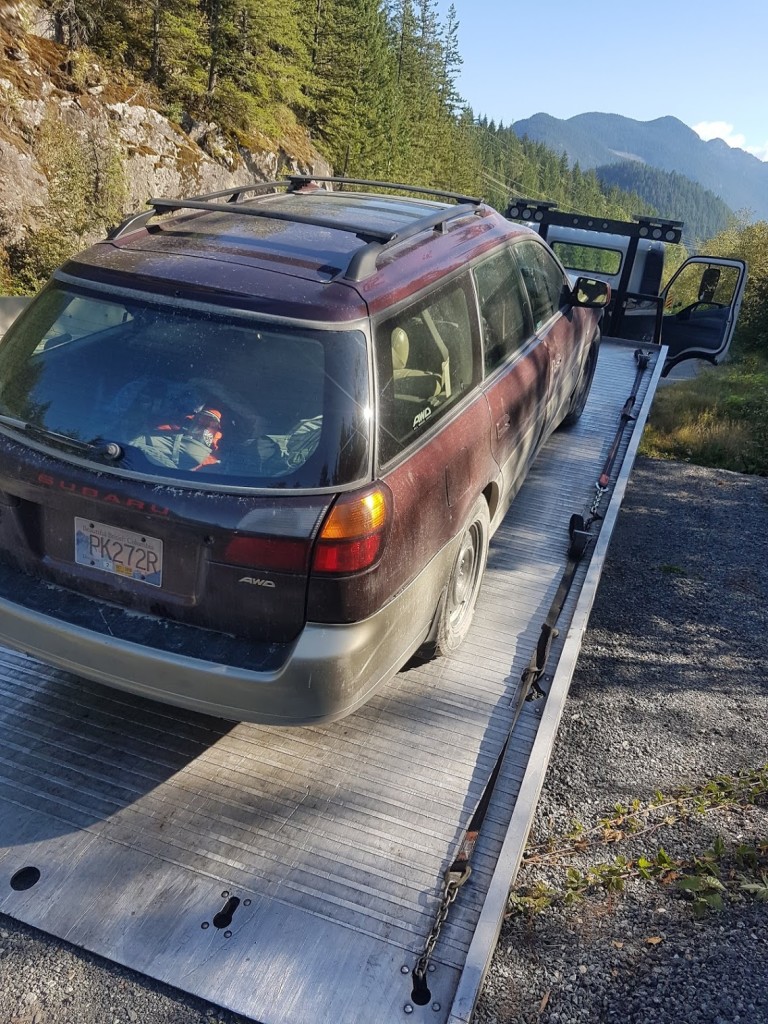 A fitting end to our trip

In a (not so) surprising turn of events, Ryan’s Subaru made a popping sound and started leaking coolant about 5 km past Brittania Beach. Another radiator hose had exploded, but since we were on Sea to Sky, we called BCAA and got a nice tow truck ride back to Vancouver.

2 Responses to Advanced Hotspringing in the Pitt River: An Elaho Epic