We began our trip early on a Saturday morning with the eight of us, in three cars, meeting at the highway exit to the trailhead and then driving on a logging road for several kilometers. Then, we began the hike with yet another logging road where we took our time hiking as we ate lots of berries. Eventually, we reached an intimidatingly steep looking trail that entered a forest. From there, the uphill began and never seemed to stop. The Mount Currie trail consists of about 2,300 meters of elevation gain over about ten kilometers of hiking, and Andrew had warned us to expect very steep conditions. I don’t think any of us had ever ascended such a steep trail before, but, regardless, we enjoyed our hike up as we chatted among ourselves and got to know each other. 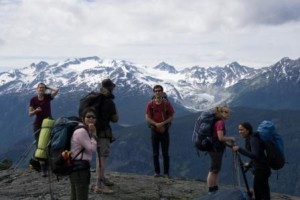 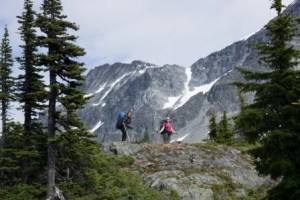 Pamela and Clementia taking a break

Eventually, after several hours of strenuous and steep hiking, we emerged from the forest into an open area with great views of Pemberton, Garibaldi Provincial Park, Tantalus Provincial Park and South Chilcotin Mountains Provincial Park. Some of us were running out of water, the afternoon was beginning to get late and the peak of Mount Currie was still many meters above us, and, thus, at the open area we began to look for possible areas to camp. We debated not going too much farther and camping where we were, but we decided that, although we were tired and the afternoon was becoming the evening, we should continue on to give ourselves the best chance of reaching the summit of Mount Currie the following day. As we continued to climb, we passed a number of potential camping sites, but none of them had access to running water, so we continued onwards, past each potential site. Just as some of us were getting too tired to continue onwards, we reached a potential camping area that was nearby very slowly running water. The water was coming from a patch of snow slightly above it, and, given that we had tablets and a SteriPen to sterilise the water, we decided to camp there for the night. I was slightly worried about not being able to find anywhere to tie my hammock, as the trees around us were very small and sparse, but, thankfully, I was able to tie my hammock between a tree and a large rock. The others slept in tents. Although Andrew wrote in the trip description to bring curry to eat on Mount Currie, only Andrew was organised enough to bring curry for dinner. We were all very jealous of his meal (no meal sharing because of COVID!). 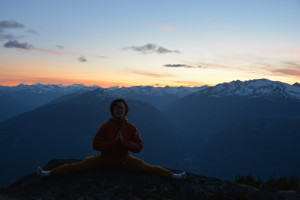 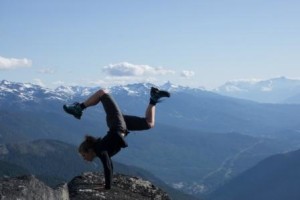 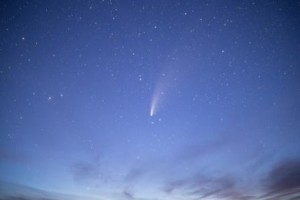 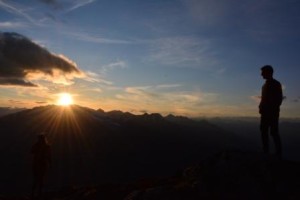 The temperature became suddenly very cold as the sun set, but we were prepared with many layers of clothes and remained warm. The stars were magnificent and we were lucky to see Comet NEOWISE in the distant sky above us. We retired to bed, exhausted and vaguely feeling the effects of the high elevation due to the reduced oxygen levels.

We woke the next morning excited to summit Mount Currie. Andrew, the trip leader, had warned us that the final kilometers of the trail involved scrambling and had recommended that we bring helmets for this portion of the journey. Thankfully, the scrambling consisted of medium size boulders that were large enough to be held securely in the boulder field; I doubt we would have been able to pass the boulder fields if the boulders had been small and loose. Eventually, after several kilometers of scrambling, we reached Mount Currie’s summit. We were rewarded with fantastic views of the surrounding mountains. 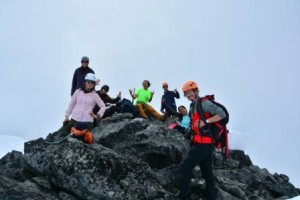 The summit of Mount Currie! 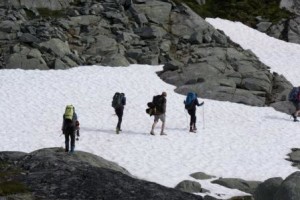 The group trekking towards the boulder fields

After enjoying the summit and writing in the summit’s log book, we descended back to our campsite, where we had left our tents. At the campsite, we packed our camping equipment, ate lunch and then continued onwards on our descent back to our cars. The hike down seemed to consist of hours and hours and hours of knee numbing steps along the incredibly steep trail. Over the hours, we became separated into a number of smaller groups, with each group descending at slightly different paces. At one point, after what had seemed like many hours of descending and feeling like I should have reached the bottom of the trail and wondering whether I had taken a wrong turn, I ran into Aye Min. Aye Min had also wondered if he had taken a wrong turn and was waiting to see if anyone would catch up with him. We were both relieved to see each other and figured that it was unlikely that both of us had taken a wrong turn. Finally, after many kilometers of stressing our muscles and joints, the first group reached the cars, followed by the second group, followed by the third group. By then, we could hardly walk and had to take a long break before driving to One Mile Lake for a very refreshing swim. We ate dinner in Pemberton and then endured a long drive back to Vancouver. Once finally home, it took a lot of effort for me to walk from my car to the bathroom to brush my teeth and then to bed. Our legs were very sore after an extremely tiring descent. I think we all slept very well that night!

Thanks again to Andrew for organising the trip! I will definitely remember this one for a long time!