Posted on September 29, 2020 by Melissa Bernstein 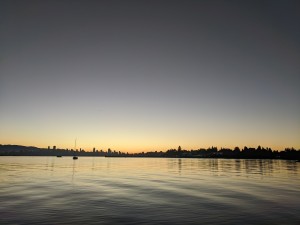 Last night I set my alarm for 6:45am and packed a bag with a nalgene full of water, a tea bag, ramen, a spoon, chopsticks, my stove, and a pot. I think my body was so excited that it decided to wake me up at 5:00am this morning. My stomach was growling but I was too lazy to get food at such an ungodly hour so I laid in bed curled up like a baby until my alarm went off.

At 6:45, my alarm rang and I threw on a few layers, grabbed my bag, my helmet, and my mountain bike and skirted the 5 minute ride down through Jericho trails (and stairs as I found out!). I met Jacob Grossbard, trip leader of “Coffee on the Beach”, at 7:01am.

Shortly after taking off (almost) all of my layers, more people rolled up (and some walked up… I won’t name names *eyeroll*). Using our own stoves, folks made tea and coffee. I made ramen cause why not  ¯\_(ツ)_/¯. We watched Kai Schwarz struggle to filter his coffee with a paper filter and his bare hands. We judged Declan Taylor for bringing what many of us thought to be meatloaf but was really banana bread. If only covid wasn’t a thing, I could have begged him for a slice…

Gabrielle Booth and Julia Ramos Bujalil won the award for the first people to empty a fuel canister. Kudos!

We did a round of names which was helpful cause I didn’t know about half of the folks! The discussions I was in mainly involved bikes and how doing long self-propelled adventures was a thing – less because we thought it was a good idea and more because we were broke and didn’t own cars.

Additionally, a common theme was discovered about bike touring trips: kayaking, surprisingly, was often a highlight of the trip.. not the biking part (who would’ve thought)! Both Gabrielle Declan Taylor greatly enjoyed kayaking on a bike trip. I personally enjoyed my evening kayak around the navy base in Victoria on my August bike touring trip, but I have many highlights from that trip so its hard to pick. Yes, I know, I still need to write that trip report…

Other people were talking about other things. There was probably about about 15 people who showed up! 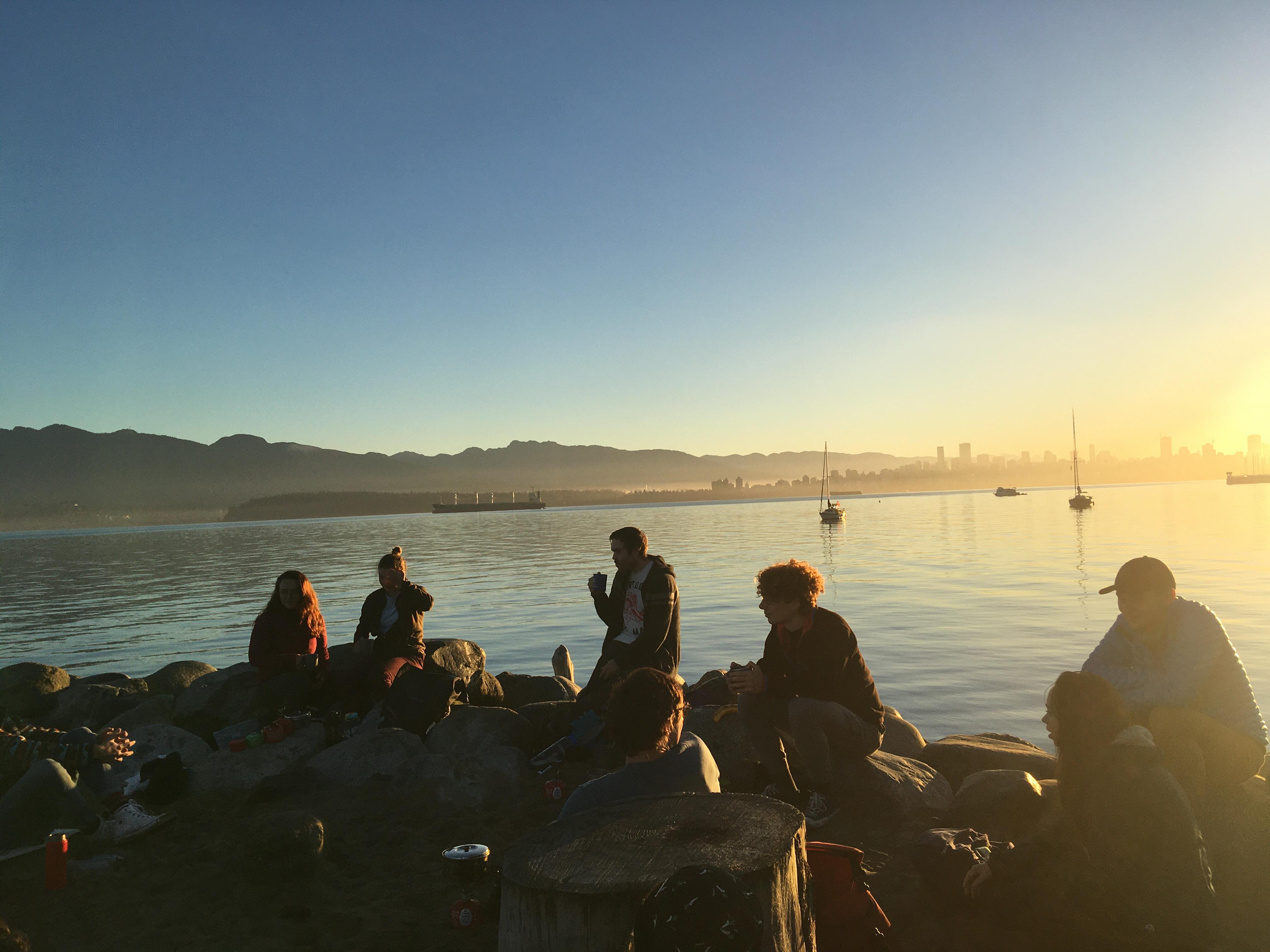 At about 8:30am, people started to make various excuses for leaving. The best one was “I have a real job” – anonymous.

Overall, it was a lovely morning and a great excuse to get my sleep schedule back on track. Think about it… on the weekend you do a big trip, Monday you sleep in, and then Tuesday you fix your sleep schedule by hanging out with some awesome VOCers at 7:00am so that the rest of the week you are acclimated to an early start… in theory. In theory, an early wake up Saturday morning for a trip won’t be so bad, right? 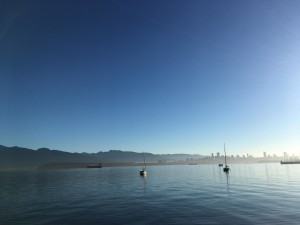 “Coffee on the Beach” will be a recurring Tuesday morning VOC “trip”, at the moment led by Jacob Grossbard. Jacob plans to rent/borrow the UBC Bike Kitchen’s cargo trailer to haul the VOC’s tent for when it rains. Also, there was talk of having some educational Tuesday mornings topics including glacier self-arrest practice on the sand. Fun!!… right?! This trip is open to anyone and everyone – newbies encouraged! We meet on the rocky outcropping just east of the Jericho Sailing Center’s property. Google Maps Link

I hope to see you there!
Till next week!
- Melissa

This entry was posted in Other, Trip Reports. Bookmark the permalink.

One Response to Coffee on the Beach, Ep. 1