The Spatula, Cognac Peak, Spatula Peak, Brandywine, and did I mention the Spatula? Sept 12, 2020

Posted on September 28, 2020 by Jeff Mottershead

I was waffling a bit about writing a trip report on this, because despite me being fairly dumb, there wasn’t as much personal stupidity and suffering to reach my standard threshold for being worth writing up. It does, however, have way more spatula than most trip reports, so here goes.

Spatula Peak is a good enough name for a mountain that it’d be worth doing just for the sake of being able to say that you stood at the summit of Spatula Peak, but it’s so much more than that. On a sub-summit, there’s the Spatula. When a mountain is named after something on a sub-summit, you know that feature has to be rad. Generally a feature, even on the true summit, needs to be pretty spectacular to outcompete our desire to name mountains after dead white men. 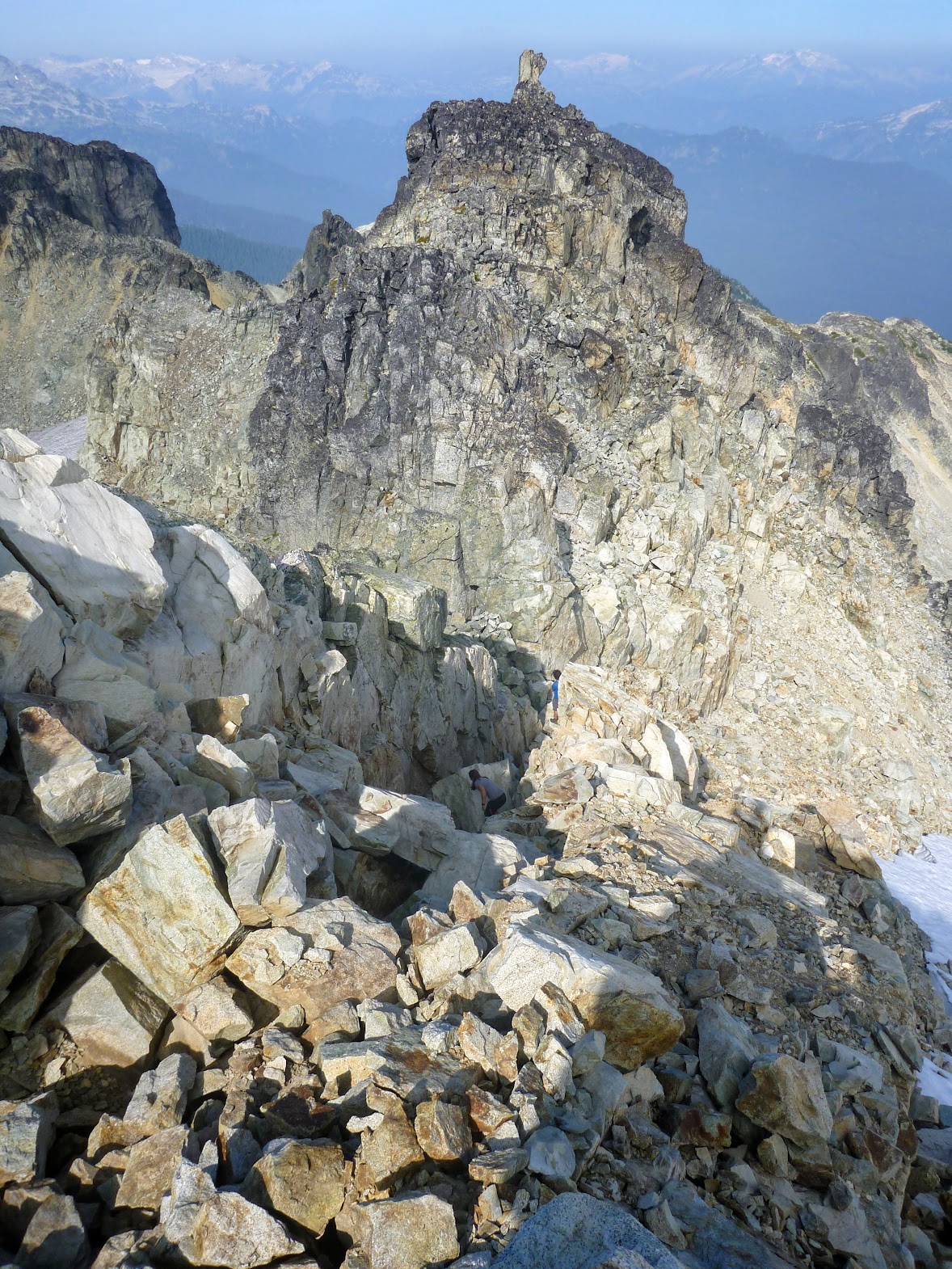 The Spatula from Spatula Peak

The Spatula is this glorious, flat and vaguely spatula-shaped rock sticking straight out the top of the sub-peak.
Devlin thought it really looked like the bone sticking out of a bone-in ham, and thought the whole thing should be re-named Mt. Bone-In Ham. That’s a really glorious name, but at the same time so is Spatula.

Spatula Peak is identified in government topos, and on Bivouac.com, but doesn’t show up when you look for it on Google Maps, and is barely mentioned on the internet at all. Human kind’s priorities must be all messed up, but I guess we already knew that.

One gets to Spatula most easily by following the ridge to Brandywine, and when you’d normally turn right to summit Brandywine, you keep going straight and follow the ridge for another 600 m. We didn’t do that; we were planning on summitting Brandywine as we went, and when we saw that Brandywine glacier was snow-free, so there was no danger of falling in a hidden crevasse, and mushy enough that there was no need for crampons, we just walked across because we were bored with walking on rocks. I was dreaming of spatulas and not even vaguely paying attention, and had it in my head that since we weren’t far from the ridge, that Brandywine would still be to our right, and managed to go straight up Cognac instead. Dave thought this seemed wrong, but because I’d been there before and he hadn’t he didn’t object. Maybe he learned his lesson. What’s most embarrassing is that I’ve been on the col between Cognac and Brandywine a few times before, and done both peaks. After realizing what I’d done, I recognized all the familiar features and felt like the dumbest guy of all time, which is probably fairly accurate. 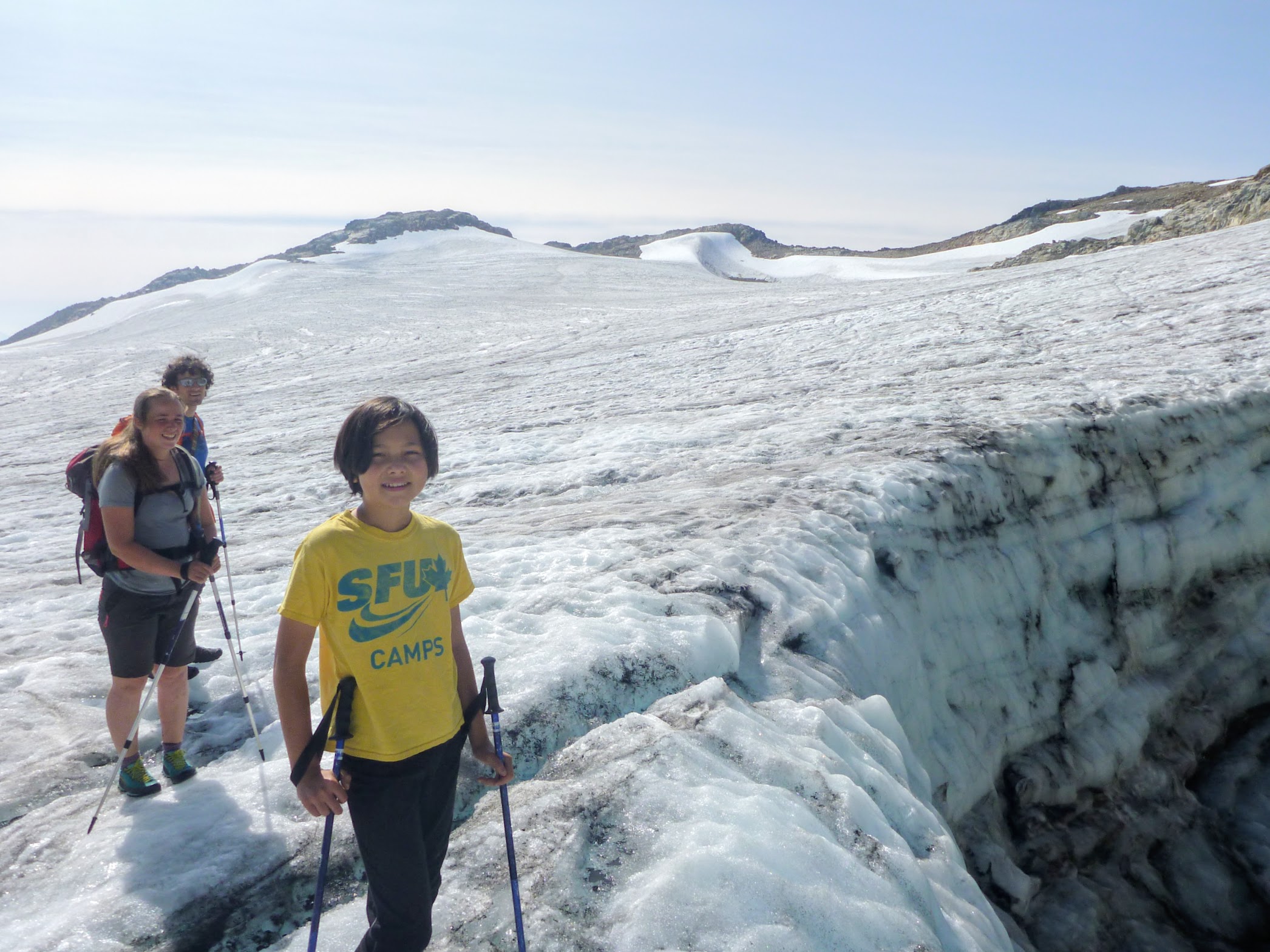 Despite being somewhat shorter, the view from Cognac is at least as good (better when you look northeast, but not as good to the southwest), and there was no one else there. Brandywine, on the other hand, was packed like BestBuy with ten shopping days left till Christmas when we got there. Maybe that’s a bit of an overstatement, but it was still way too many people. 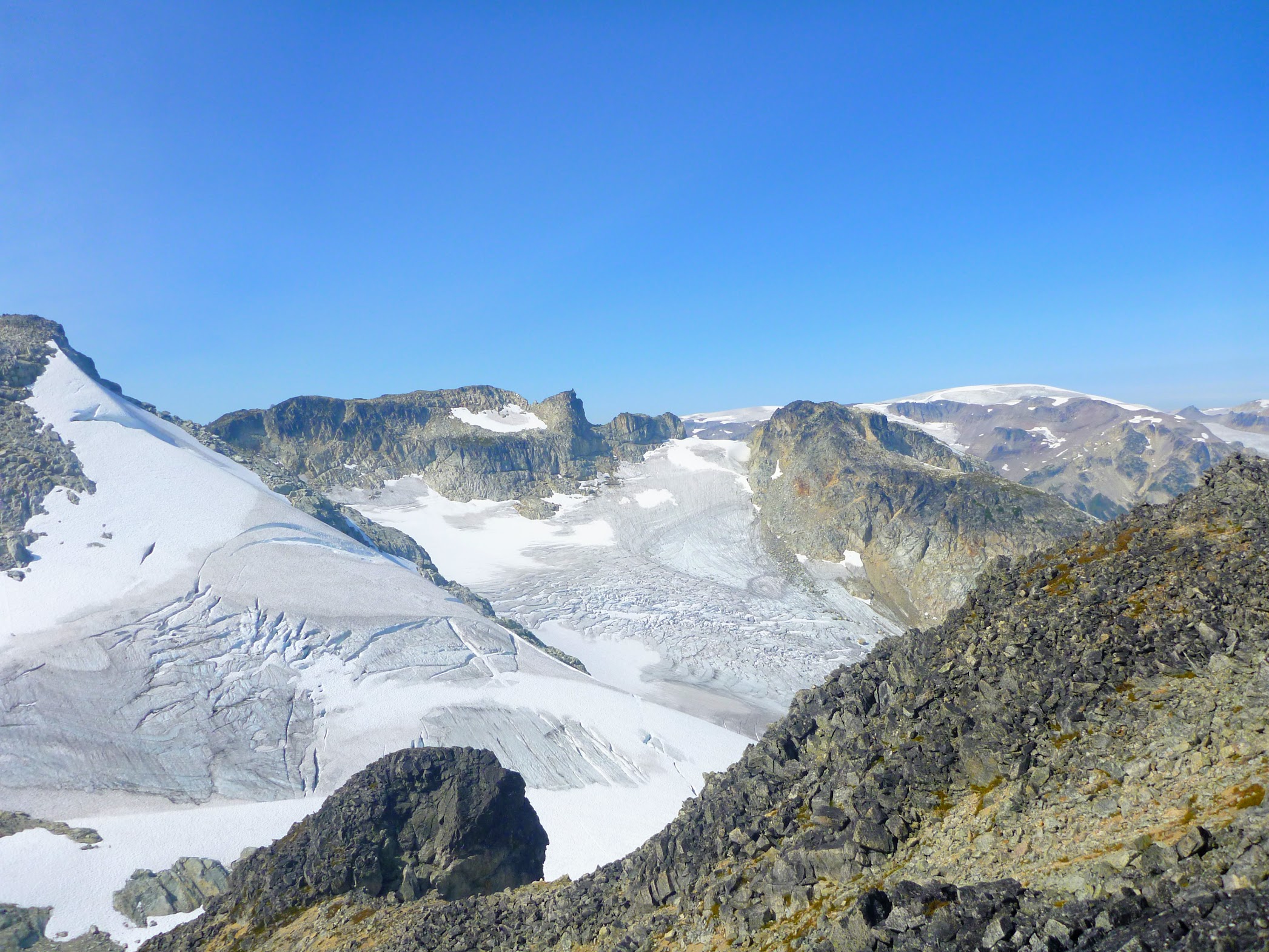 Brandywine, Spatula Peak and the Spatula from Cognac 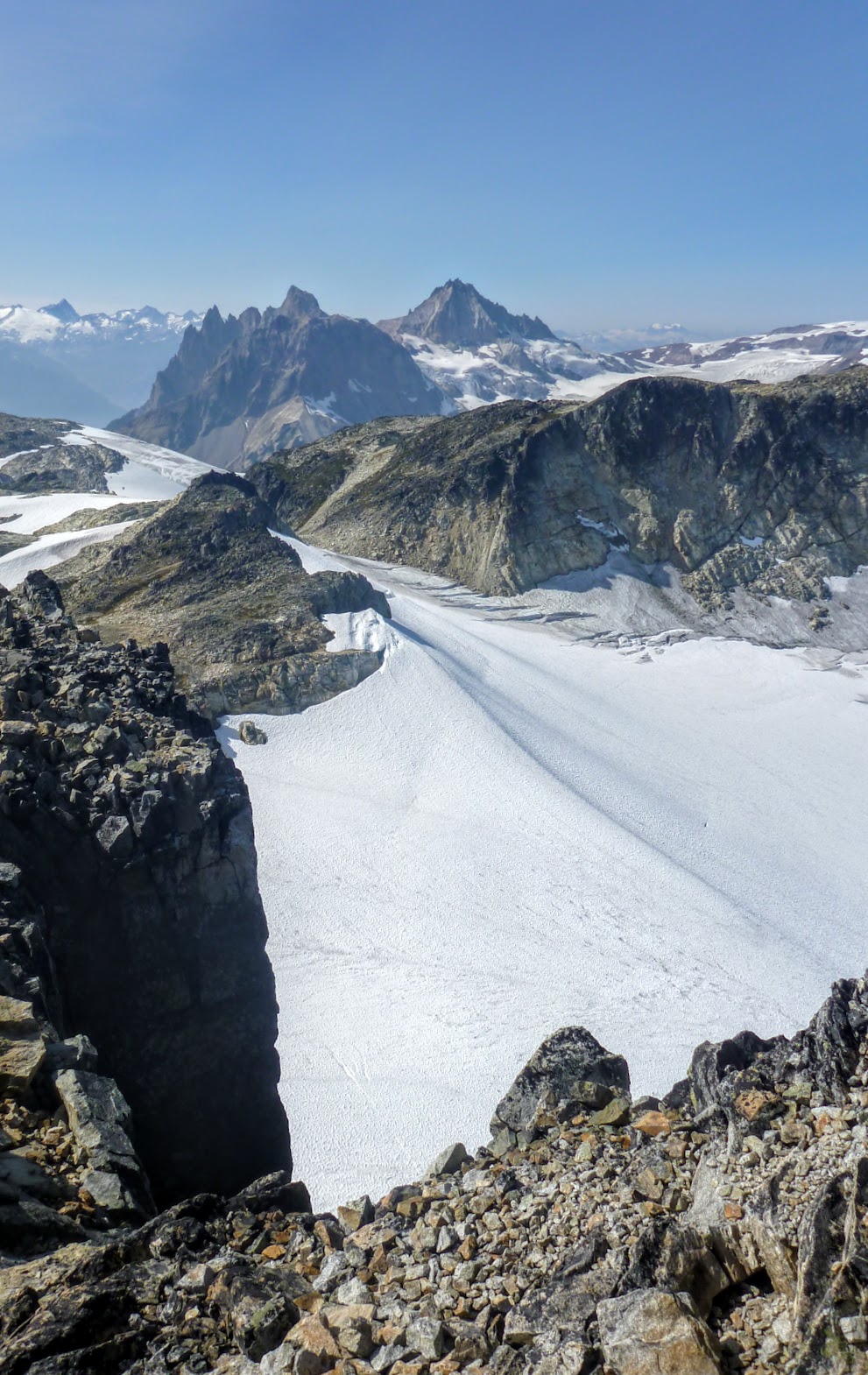 Pyroclastic and Cayley from Brandywine

Skipping ahead to Spatula Peak, we could see the Spatula sticking gloriously up. Although the scramble to it was all on big blocks, some of them were surprisingly loose. Devlin found the whole experience disturbing. The Spatula itself is really solid, though, and absolutely glorious. It’s just sticking up there, with nothing around it. Dave, Alex, the Spatula, and Devlin 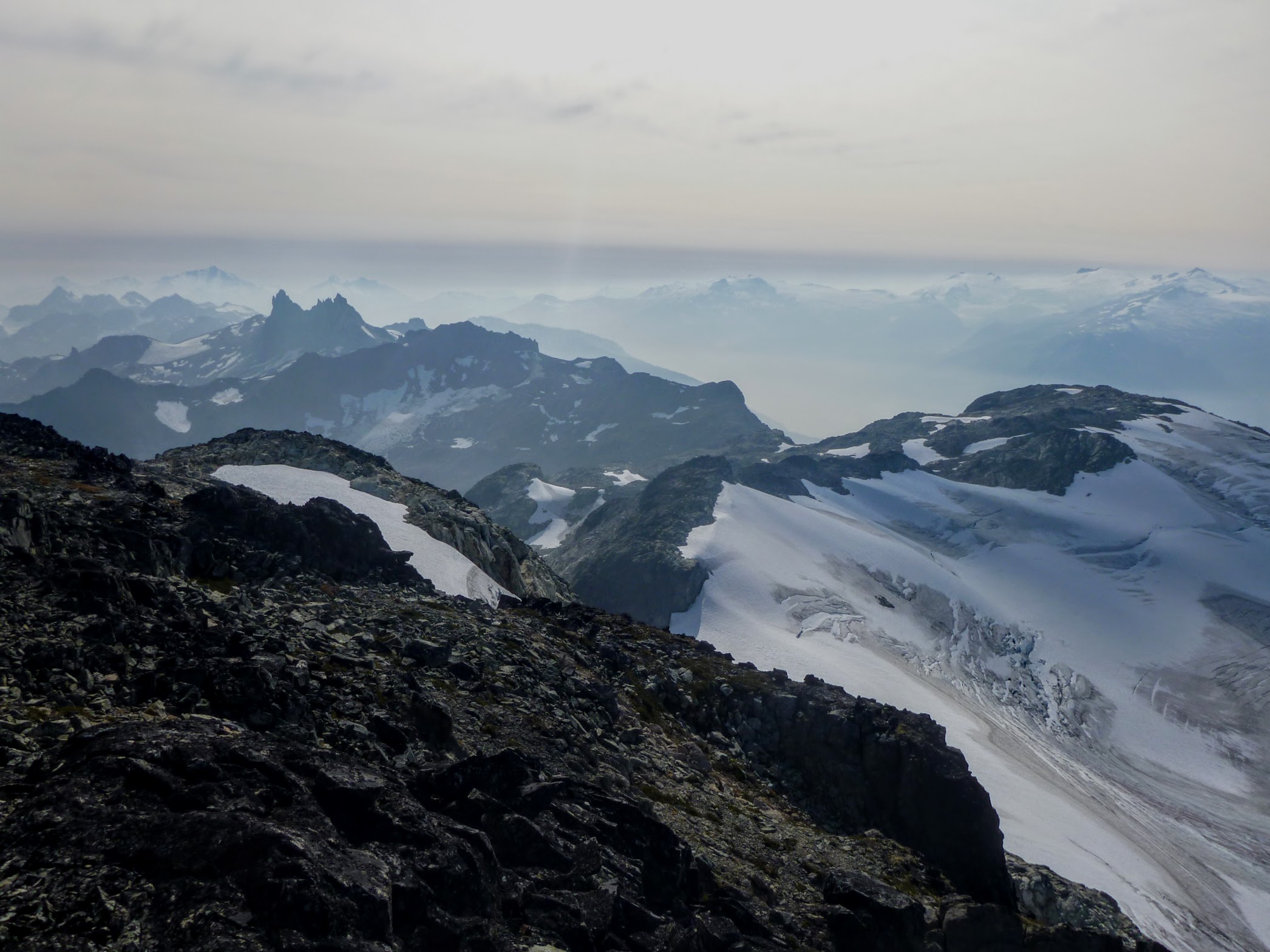 Looking towards Fee from Spatula, with the smoke coming in. 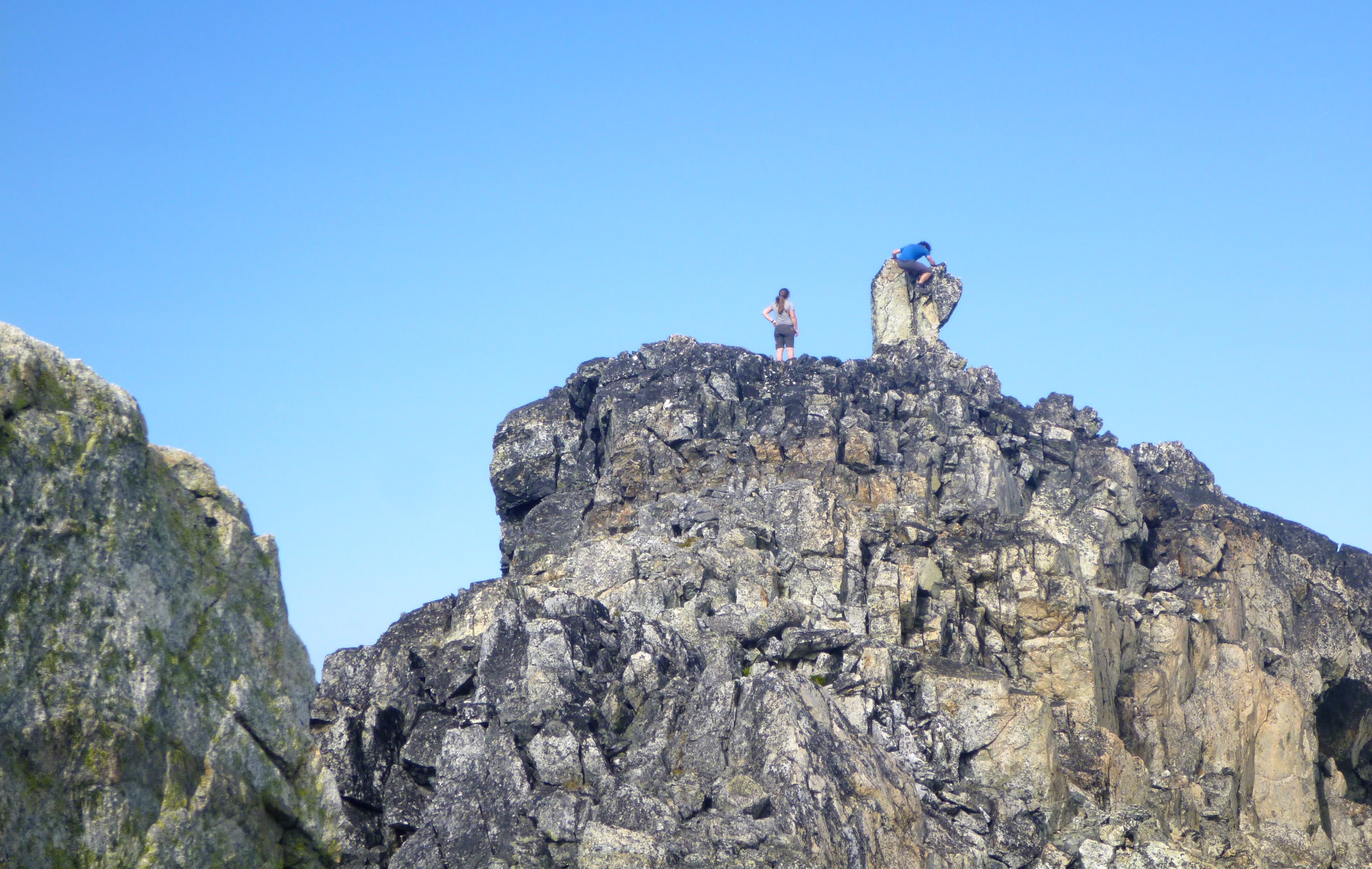 Dave on the Spatula Alex on the Spatula Me on the Spatula 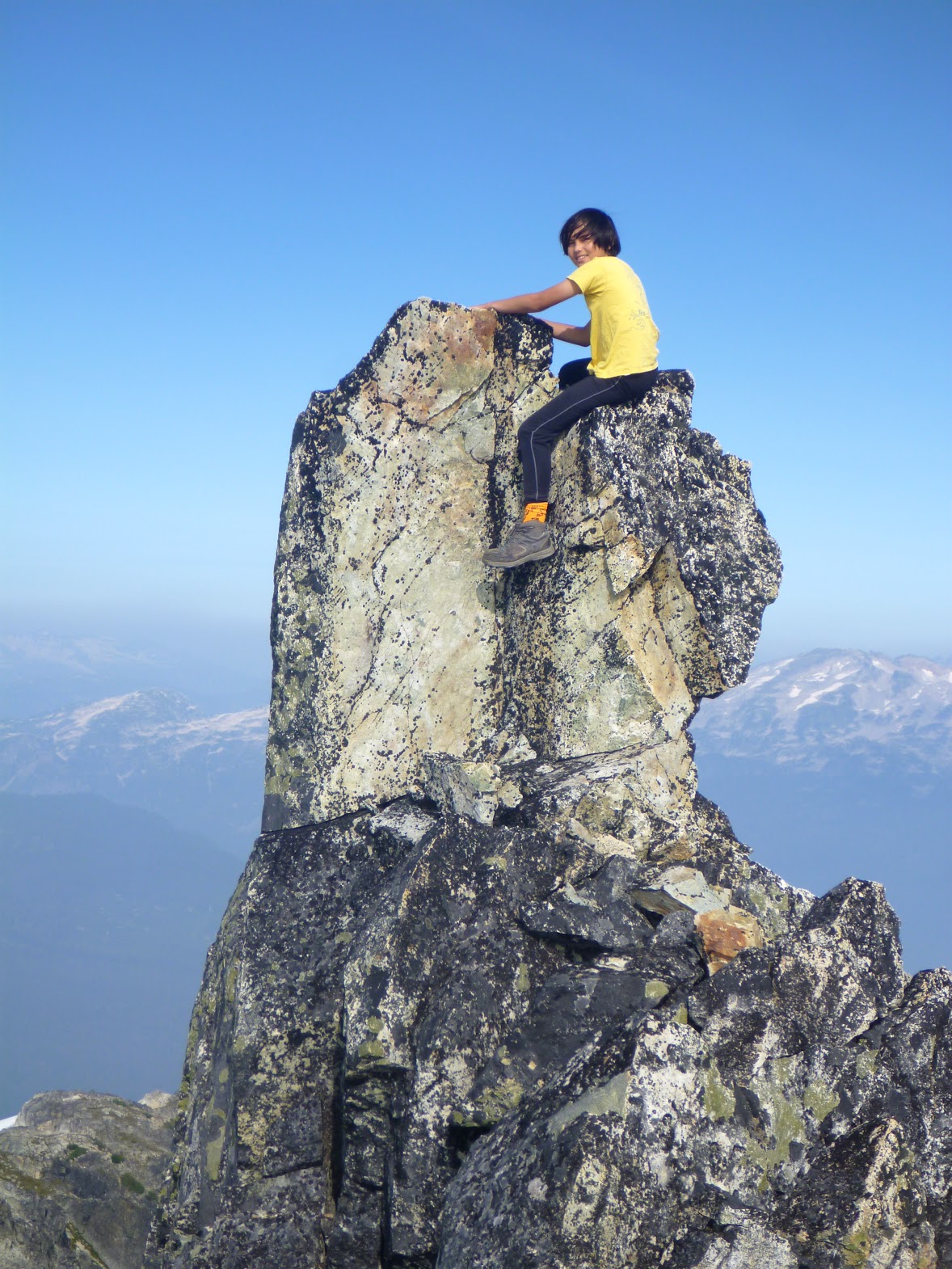 Devlin on the Spatula 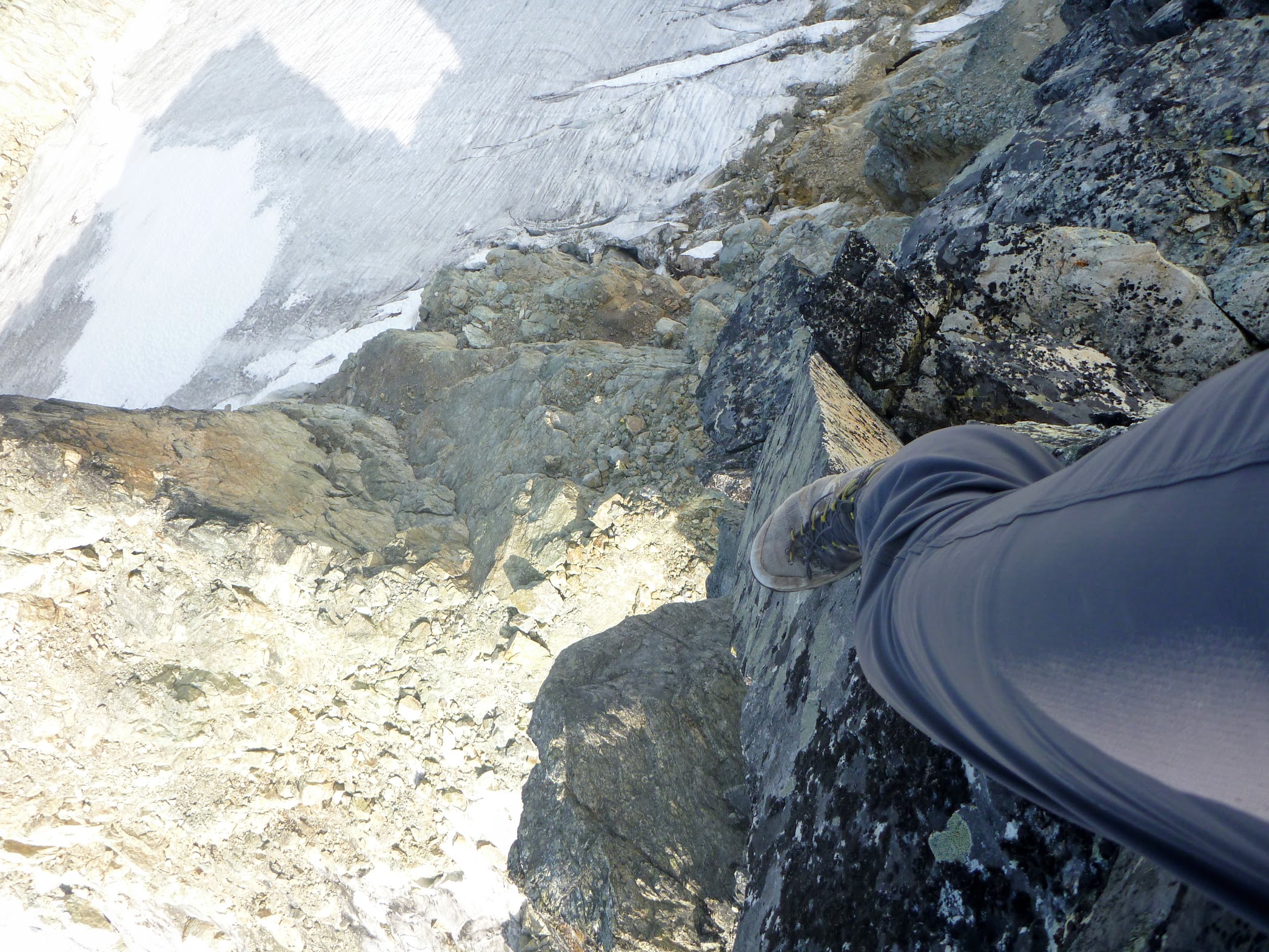 Looking down the steep side while seated on the Spatula 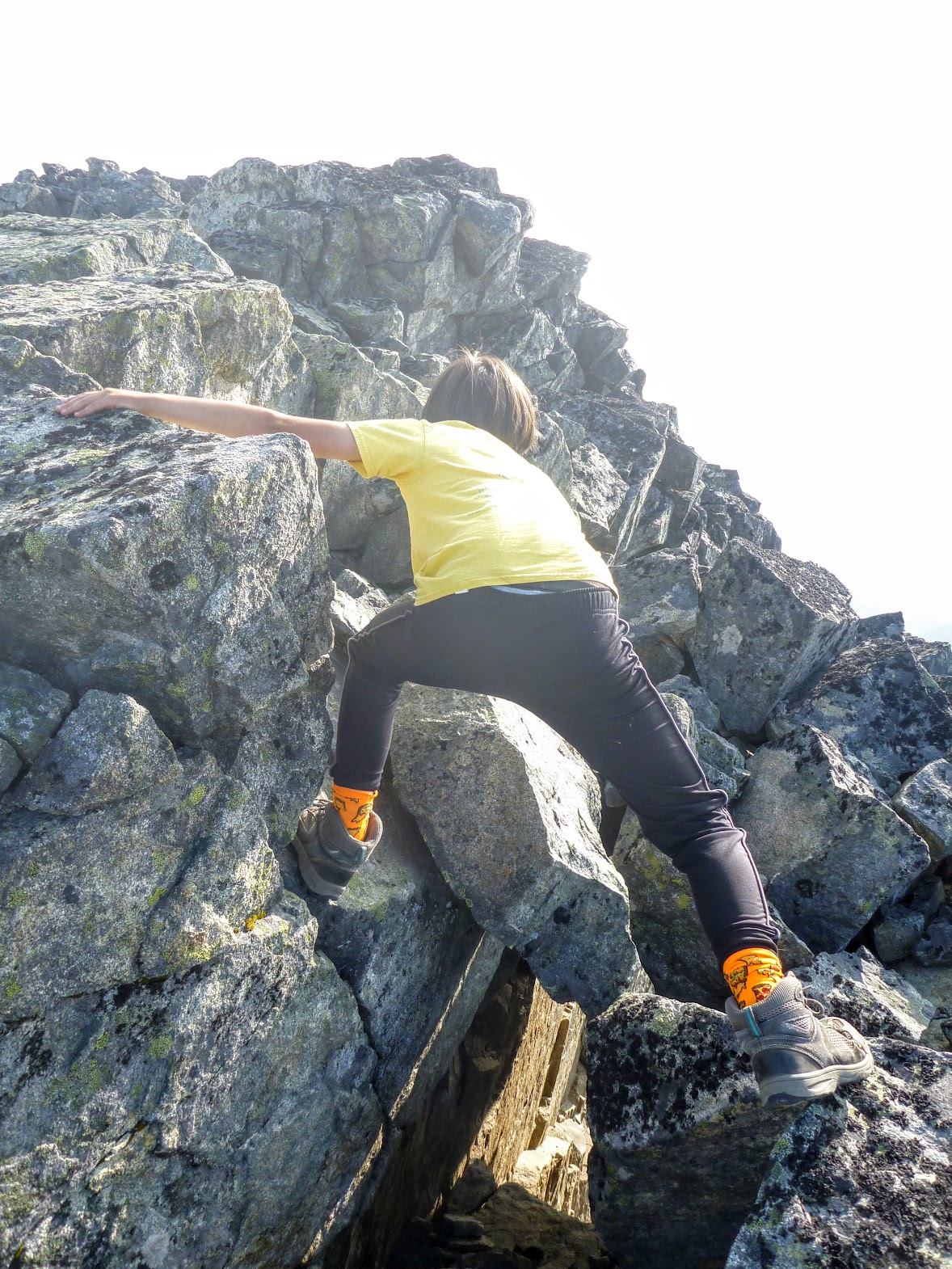 Devlin scrambling back to Spatula Peak

Afterwards, at Sunny Chiba’s, Alex regretted not having the large burrito, which was a new experience for her. I guess with the extra Cognac adventure it was a fair bit of fooling around.

One Response to The Spatula, Cognac Peak, Spatula Peak, Brandywine, and did I mention the Spatula? Sept 12, 2020