Fun with the RCMP

Posted on September 28, 2020 by Jeff Mottershead

I went up to install the throne in the new backup outhouse up at Brew Hut and discovered that rain makes the trail wet. It was even snowing up at the hut, although it was all melting on contact with the ground. 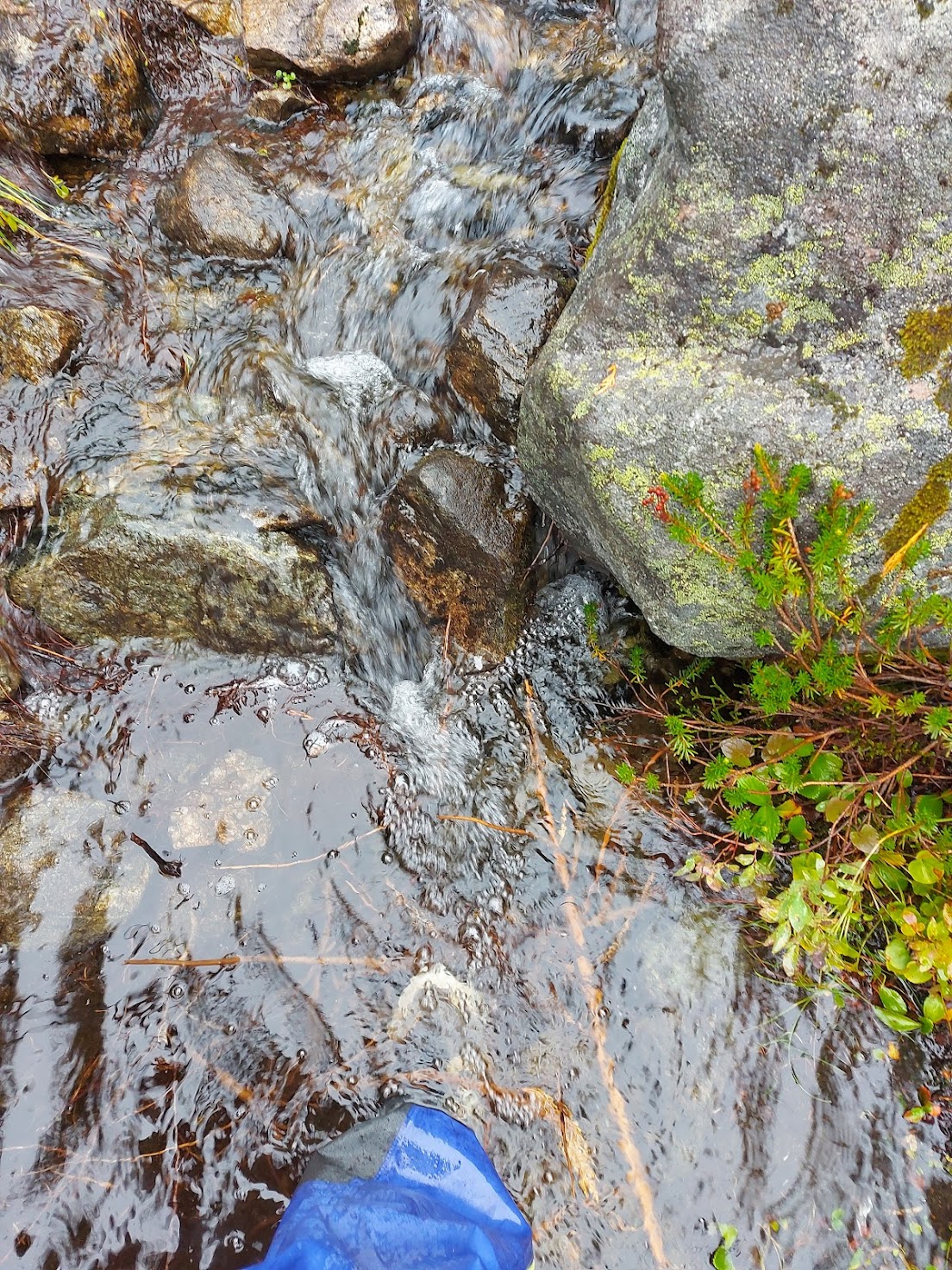 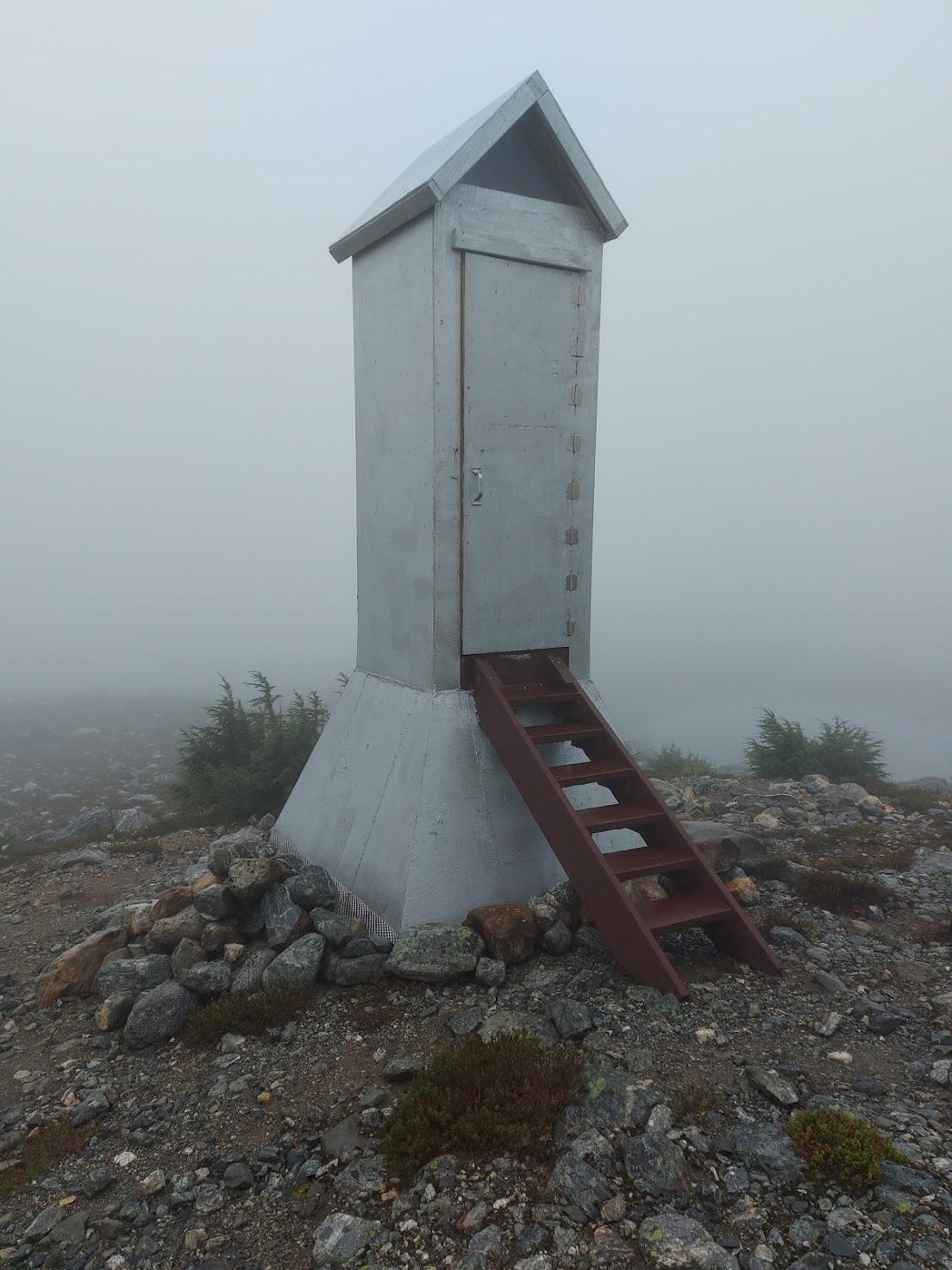 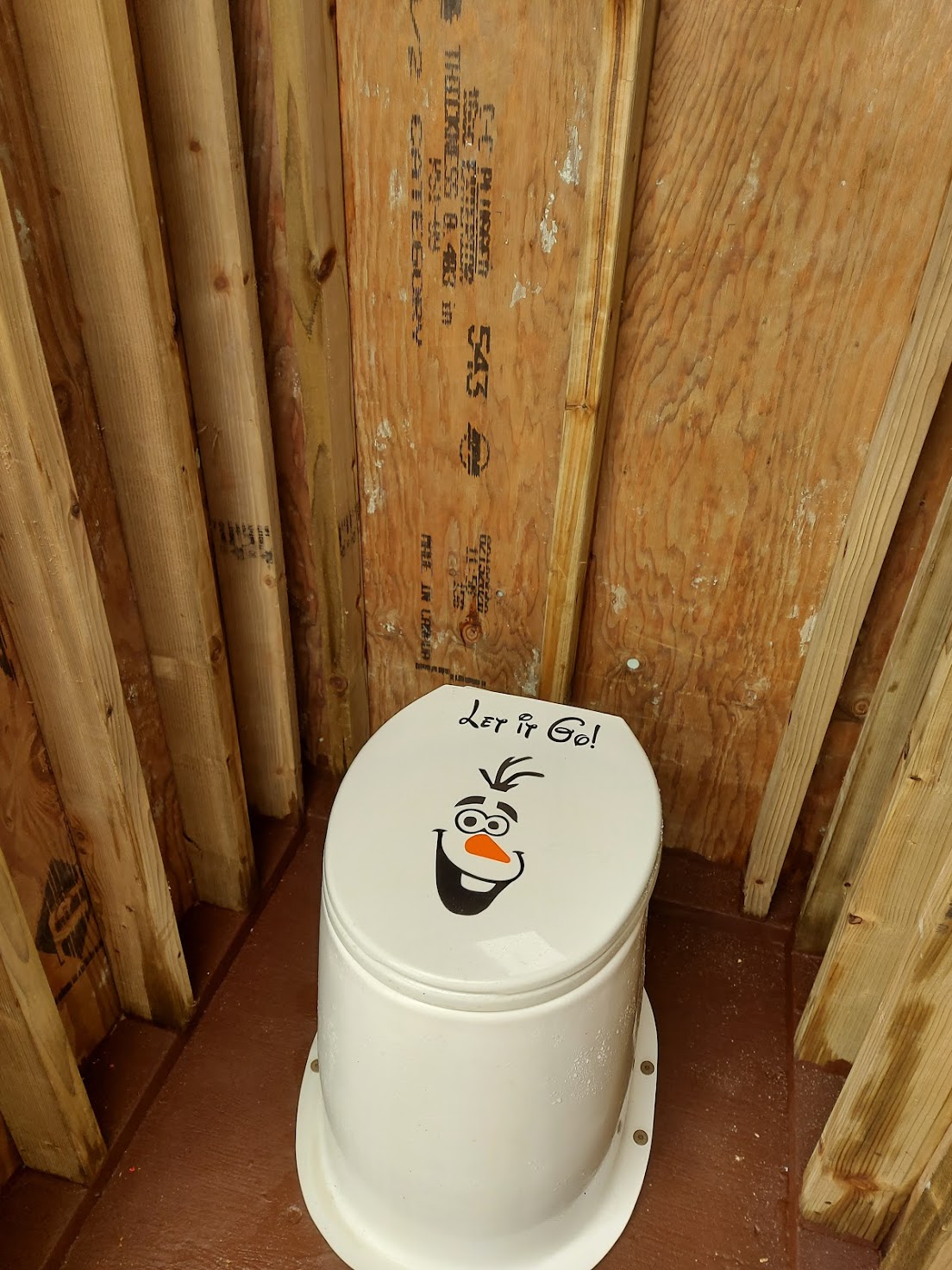 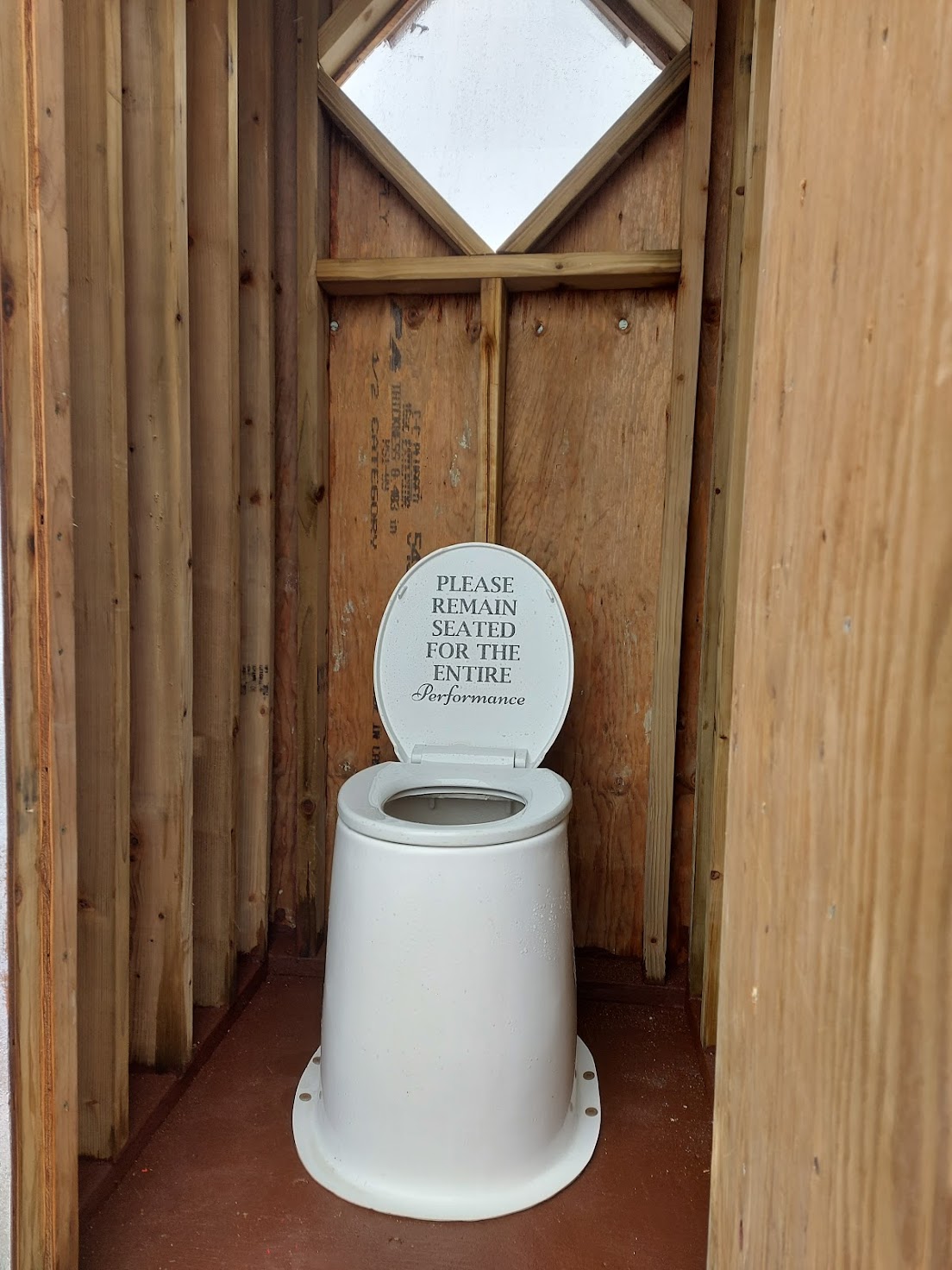 Inside the hut, there’s this sign that tells people “About Coleman Stoves.” Probably the condition of the sign gives the most valuable information. 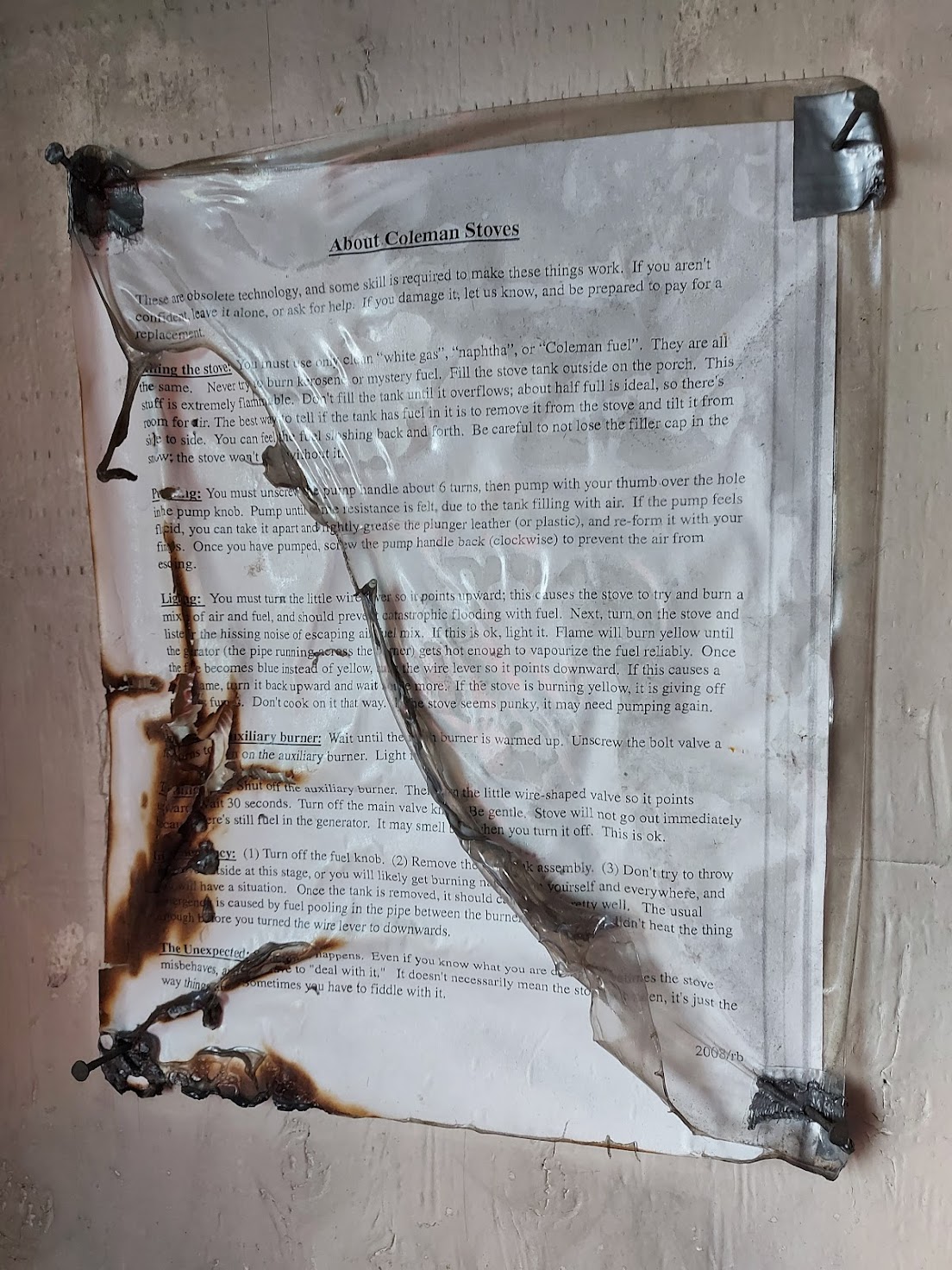 Things got more interesting on the way down. On the Roe Creek FSR, near the junction with Chance Creek, there’s a little side road with an explosives shed. I used to notice the warning signs on it but haven’t for a few years, maybe because the signs aren’t there anymore, or maybe because I just tune them out now. The powers that be put some largeish rocks on that turnoff to impede access to the shed.

As I went past the shed on the way down, there was a beefed-up gunmetal pickup truck with tinted windows tied to the middle rock, and it was doing its best to pull it out of the way. There was this monstrous 4WD RV with it, a grim-faced lady inside and some sketchy looking dude standing beside it, smoking a cigarette and watching the rock-moving attempt. He made eye-contact without a hint of a smile and made this gesture that started out like it was a wave, but ended up being a point down the road, like he wanted me to keep moving. I obliged; that was not a party I wanted to crash.

Once I got to the highway, I parked and called the RCMP, because it was clearly a crime in progress, and maybe a little crime that precedes a bigger crime. The person I was talking to seemed to take it pretty seriously, so I was kind of expecting to see police cars passing me the other way as I drove towards Squamish, but that didn’t happen.
Just past Squamish, there was a sign with the lights saying that there was a vehicle incident in Lions Bay. I’d braced myself for an hours-long delay, but when I got there it was only northbound traffic that was fouled up. There were two of those large industrial tow-trucks there, the kind that can deal with a city bus, and a good-sized capsized boom lift on the road. It was unclear if the whole trailer had tipped but they’d already removed it, or if the boom lift had just flopped off the trailer, but either way it must have been fairly exciting.

After I got home, I went to the bathroom and the phone rang. Normally I just let it ring and return the call later, because I’m at least partially domesticated, but it said that call ID was blocked, dispatch had said that it would look like that if the RCMP called me, and if it was the RCMP it might be time-sensitive, so I answered. Turns out that they didn’t know where the Roe Creek FSR left the Chance Creek FSR, so I talked the constable through it, and after a bit of “should be right there” he found the shed and said “whoah, spooky.” He said that they’d failed to move the rock, thanked me for my time and said that he was going to look around a little more.

This entry was posted in Trip Reports and tagged Brew Hut, fog, outhouse. Bookmark the permalink.

7 Responses to Fun with the RCMP