Coffee (not) at the Beach

Posted on November 5, 2020 by Adelaide Truman

Tuesday morning, 6:30am: time to roll out of bed, hop on my bike and head to Jericho Beach for weekly coffee at dawn, where some early-rising VOCers watch the sunrise, make breakfast and share stories. The rain had held off for most of September and October but to my dismay when I looked out my bedroom window I found it was pouring. Not ideal. 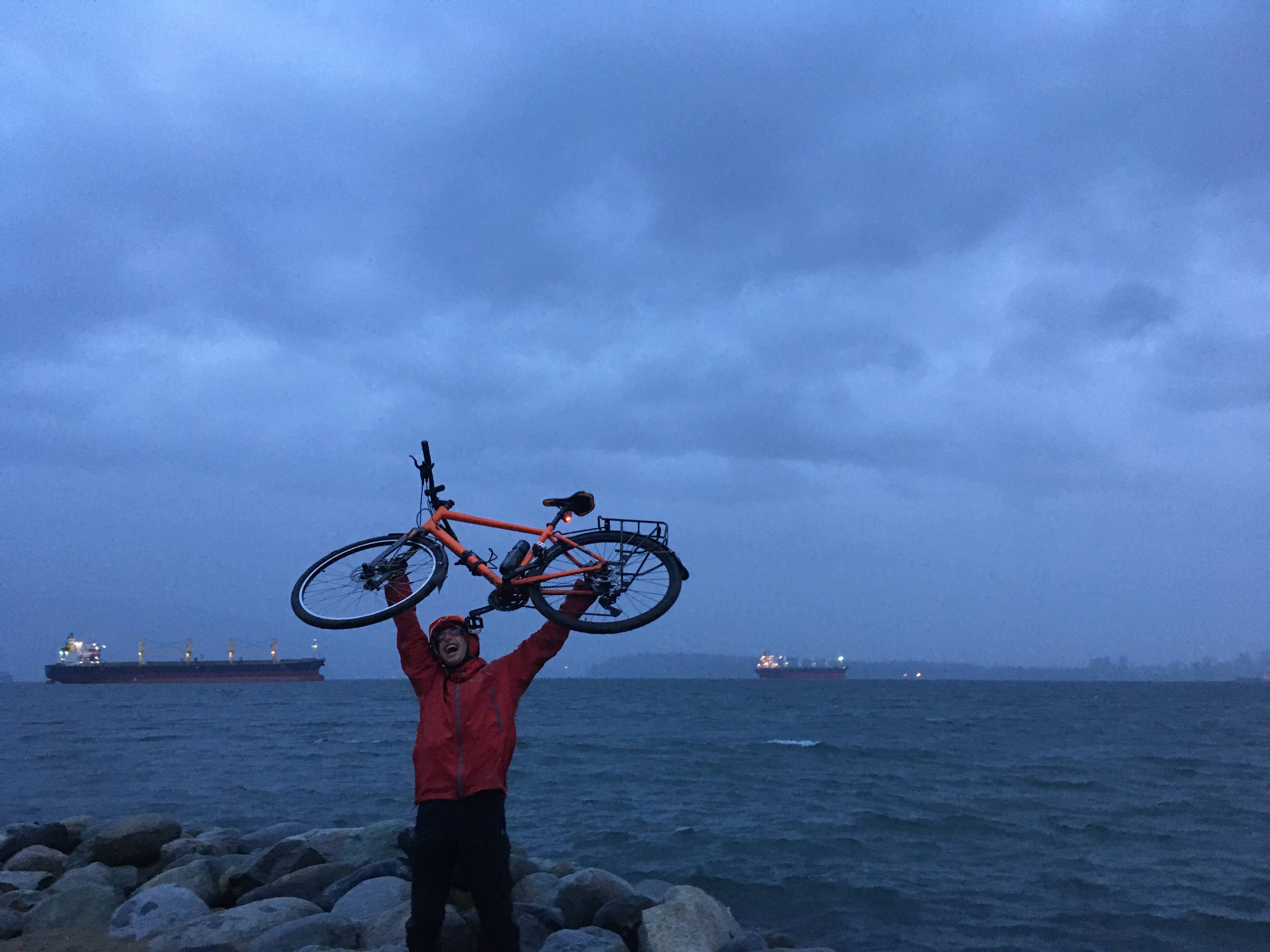 I shot a quick text to Melissa Bernstein asking if we were still on and she said that her and Jacob Grossbard (the organizer of the whole thing) would be going down for at least a while to have a “cold and miserable” time and would love it if I could join, so I pulled on an additional 3 layers and headed out on my bike. 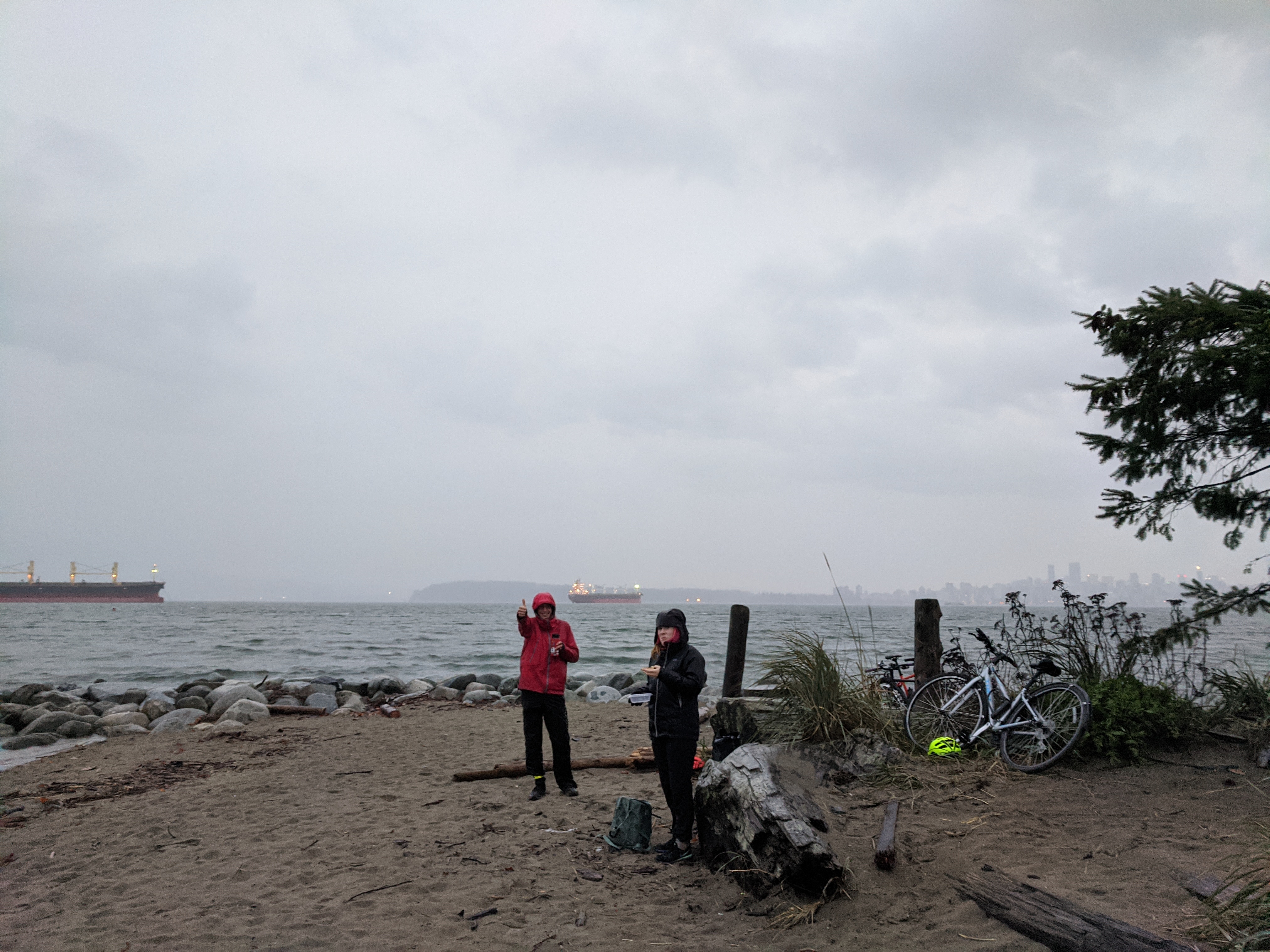 The three of us were the only ones on the beach that morning and for good reason. The wind and rain were strong enough to hurt my face and I had to squint my eyes to see downtown across the bay. Melissa crouched down behind a log for some shelter to drink her coffee. The bagel that I brought quickly became cold and soggy but I was grateful for it nonetheless. 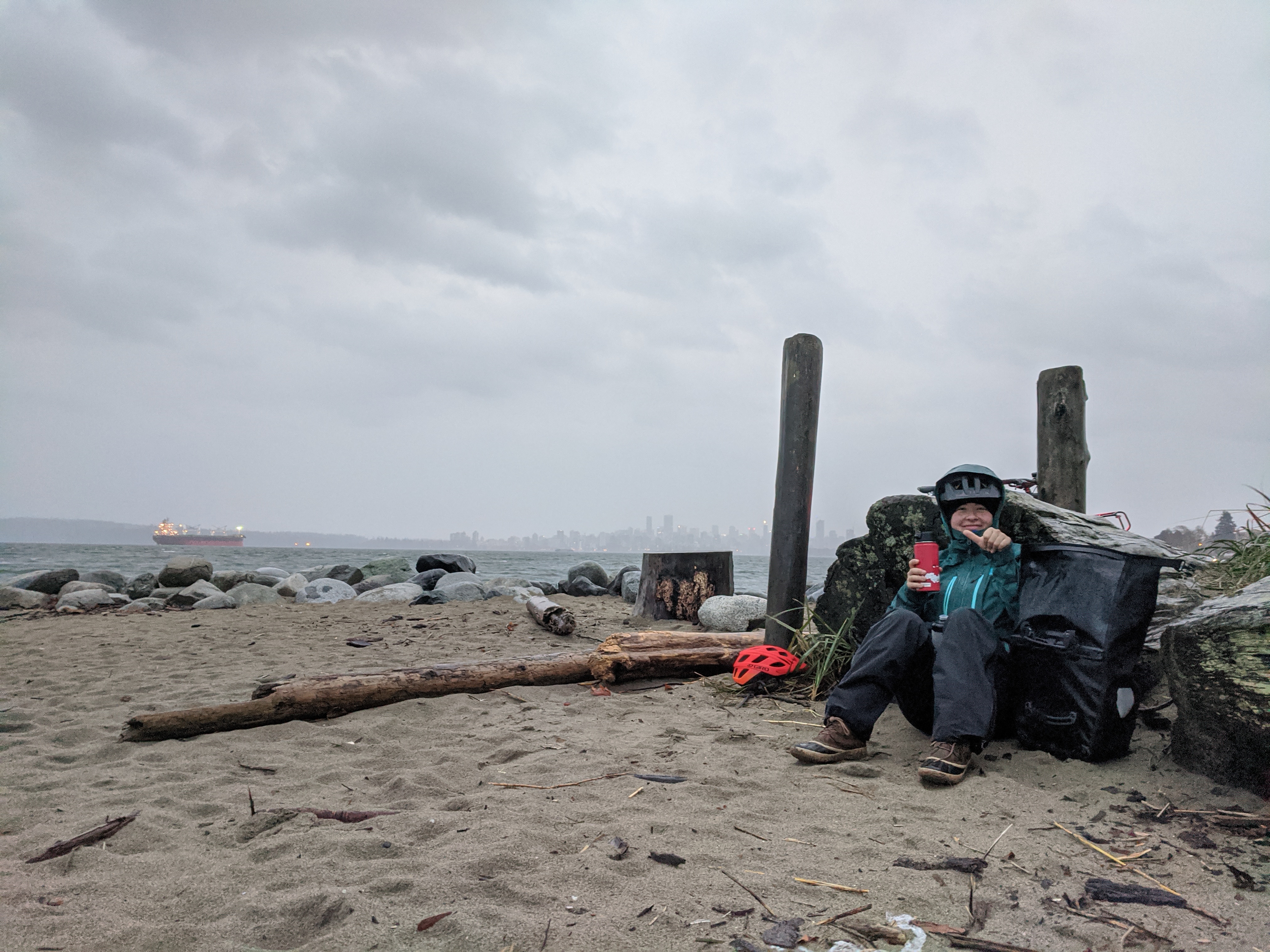 We managed to stand there on the beach for around 45 minutes before we lost hope of any other VOCers showing up and quit the beach to head to Breka Cafe for some much needed warm breakfast. We stood outside under the overhang watching the rain come down. As I stood there dripping I really wished I owned waterproof pants, but my spiced chai latte kept me toasty. 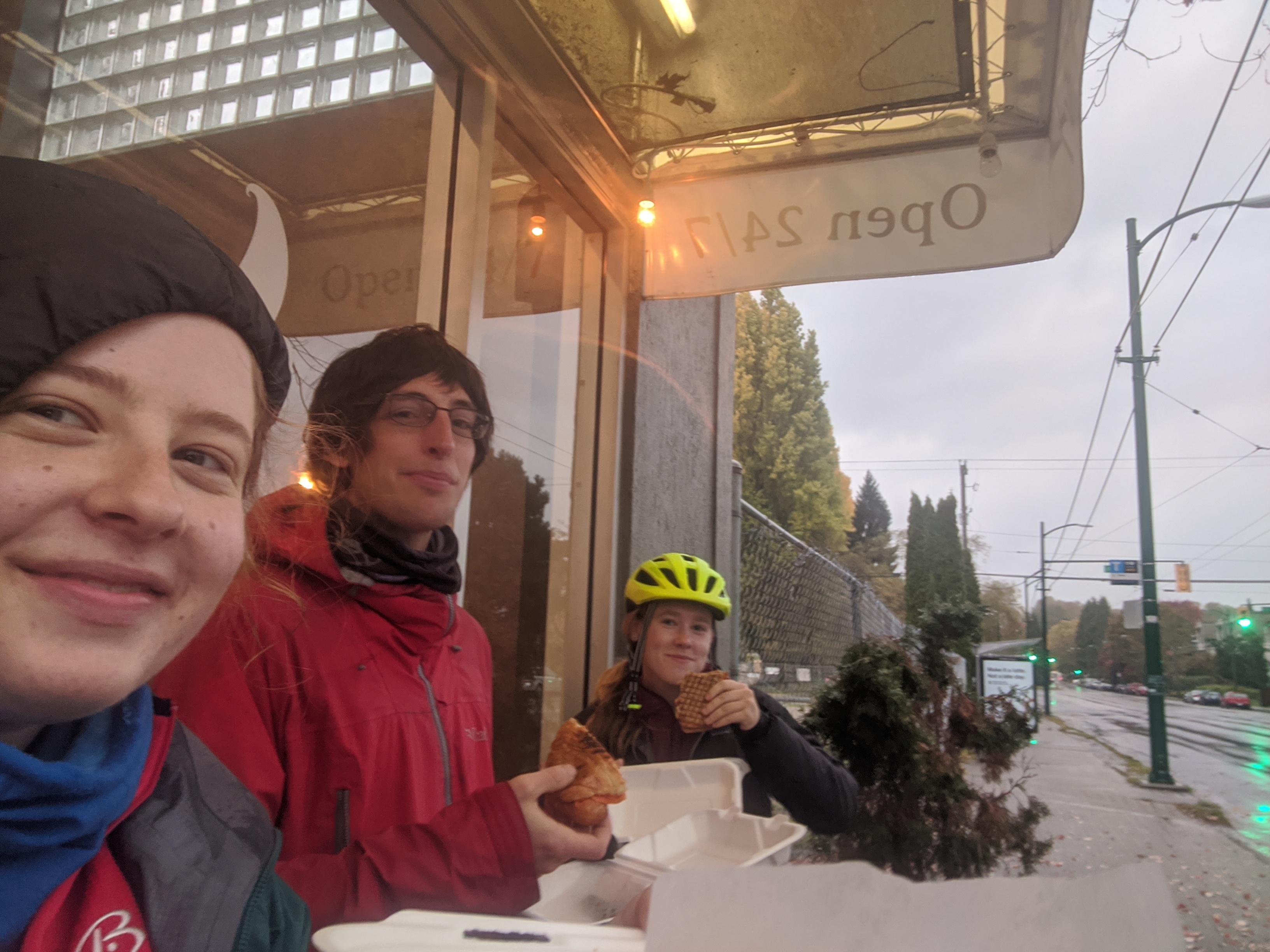 Melissa and Jacob took lots of pictures and a quick vlog to document our dedication to morning coffee on the beach. In the end it was not a cold or miserable experience but a fun adventure!! Beats staying in bed every time!

Hopefully Tuesday mornings will be a little drier in the next few weeks, but we will probably be there either way (since I now own rain pants !!). Stay tuned for more reports in the coffee (hopefully) on the beach series.

This entry was posted in Other, Trip Reports. Bookmark the permalink.

One Response to Coffee (not) at the Beach