We drove up Friday afternoon, June 11th, dining at Pemberton Macdonalds as usual, spent about an hour removing the usual slide on the road at 0.6km, then drove to around 5km, the place where we park. There we found a man in a white Mercedes van who asked if he could come with us to see the hut. As he didn’t bring overnight stuff he offered to carry most of our heavy tools and solar parts.

Saturday morning we tried to get going early, but it just didn’t happen. Not that it mattered; we arrived with plenty of time to figure out how the solar lighting stuff was supposed to work, to build it and test it. 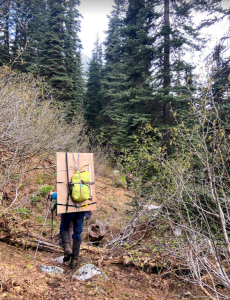 Cassandra carried the solar panel, which was big, awkward, and fragile. 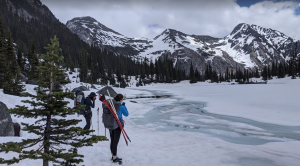 We had enough sturdy people that we could afford to carry in four Vileda broom handles (it seems that people at Phelix break a lot of broom handles). 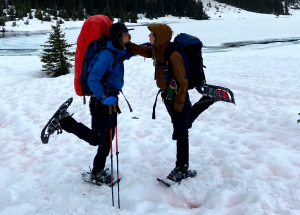 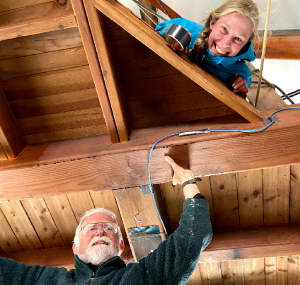 Wiring in the hut. 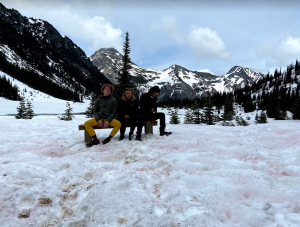 The furniture committee, led by John Wragg, who is a real carpenter, even built a bench.

Some dancing occurred, some music was played on a Bluetooth speaker, and even a bit of guitar music happened.

Sunday we were supposed to get up early and climb something pointy, but fortunately it was raining hard at 6am so we went back to sleep. Eventually we started down, carrying the tools plus several pieces of heavy garbage that needed to go down. 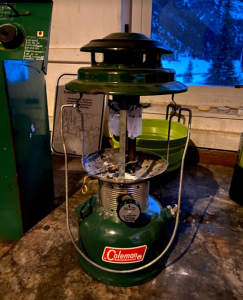 On the way back to the cars, we mostly perfected butt-sliding until we ran out of snow.