Frosty bites: My experience carrying a water melon to the frosty mountain summit. 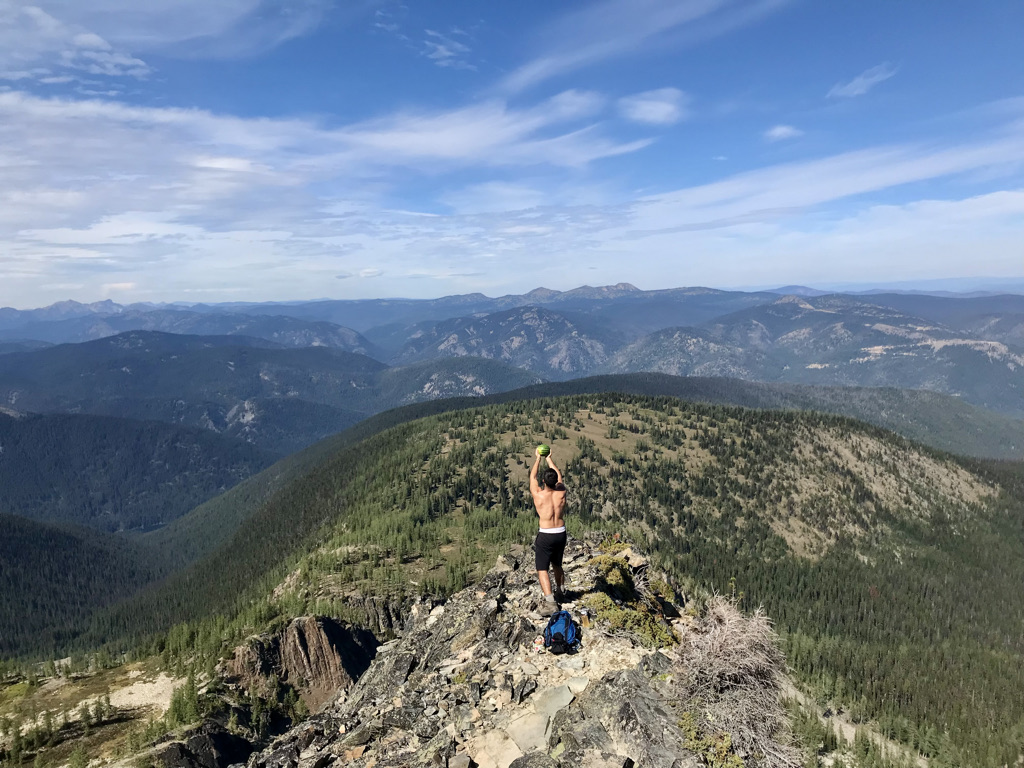 I was advised to not carry a watermelon according to the UBC VOC food weights webpage, but back in Dubai i went on a hike where a group got a watermelon and it was the best thing on earth. So i flouted the advice.

Why carry water when you can carry a watermelon?

When I joined the VOC in the summer, I felt like having watermelon on a summit would be a pretty significant achievement. I think I asked almost every VOC member I met if they had carried a watermelon up a summit or would like to do so. in doing so I asked Shane, who was open to this idea and recently joined the VOC like me.

We began the trip all squeezed in a sedan, going for a long drive to Manning Park. As soon as we got in the car, Shane says that he brought a watermelon. I didn’t believe him for a second because he said the same thing last time and as soon as we reached the campsite he said “I got water bro no melon”.

After we reach the trail head ,we start preparing our packs and getting the sunscreen on. Shane asks if he should leave the watermelon in the car, I thought I would be a fool if i fell for the same trick again. While walking to use the outhouse, I tell him I have space in my bag to carry a watermelon, just place it in. When I come back and pick up my bag its slightly heavy, so I open it, and I see a 3kg watermelon right above my snacks. Unable to comprehend what I am seeing, I look at Shane. He smiles and replied “I told you bro! I got a watermelon.”.

We start hiking up the trail exactly as the website all trails suggested the trail is going to be like, stopping at view points along the way and admiring the sheer beauty of British Columbia. I wanted to name the watermelon, but couldn’t think of a great name so I ask Joe, “Whats cold, sweet and reminds you of summer?” he replied “Ice Cream.” Now calling a watermelon ice cream would be quite misleading, so I thought maybe I should not name it just yet. 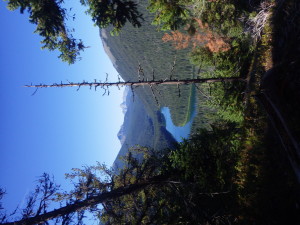 After that we went on climbing further to reach the campsite, filled up water at a stream. We decided to use the flat lands closer to the summit as our base camp and leave our backpacks before summiting Frosty Mountain. I carried the water melon in a helmet, scared that I might drop it leading to a big mess and an empty stomach. We met several hikers on the way who were amazed by the fact that we were carrying a watermelon up the summit, so that kept the morale up.

As we reach the top of the ridge, to mark the milestone we enact the iconic lion king scene and name the watermelon Frosty Bites. Ben, Joe and Shane started posing thoughts about how sad it would be, if I dropped it right before the summit. I held the melon close and said “There is a lot of negativity in this world, but only choose to listen to the positive thoughts and we will achieve our goals regardless” . 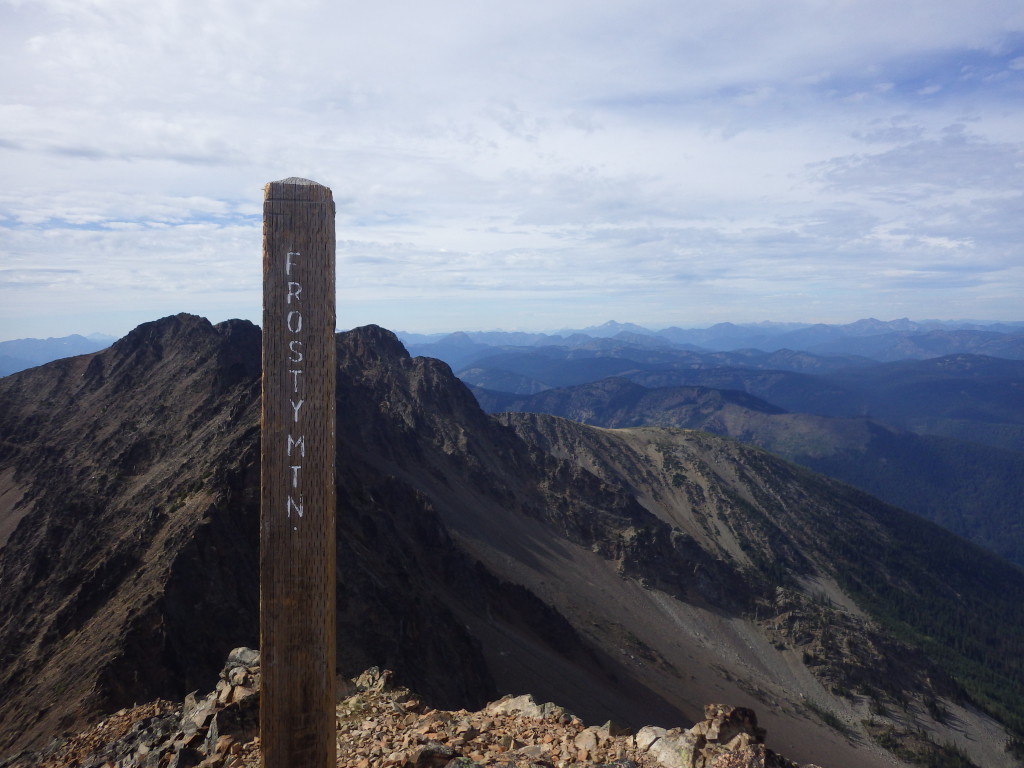 At the Frosty Mountain summit with the spectacular views of the coastal mountain range and clear skies. We slice the watermelon and start indulging in this excellent summer treat while the hikers ,who were having their granola bars, around us stared in awe or envy. 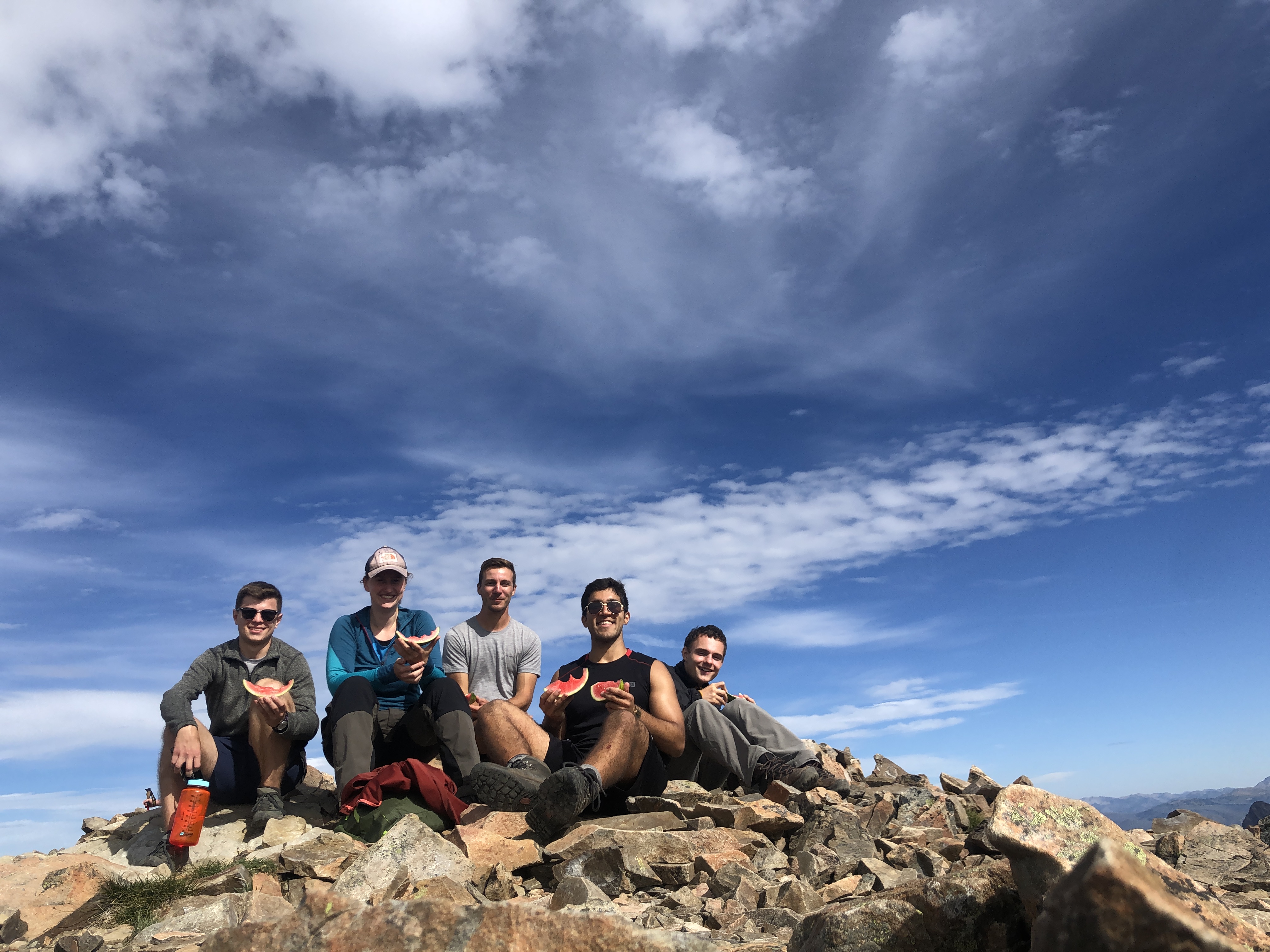 After having Frosty Bites at the Frosty mountain, we made our way back to our backpacks. One thing about loose rocks is that they are relatively easier going up than coming down.

We had dinner, played cards and then stargazed until we fell asleep. The next day we had breakfast and quickly made our way back to the car. We took a dip in the freezing lighting lake. Feeling refreshed made our way back home. The Frosty Mountain summit at Manning Park is a great hike but its the people that made it special, VOC provides a great opportunity for like minded individuals to come together and do fun stuff outdoors. Joe claimed that we might be the only VOC members to ever have a watermelon on a summit and while he enjoyed his slice he proposed an idea that all new members should carry a watermelon on their first hike.

To conclude, the watermelon is tasty but do carry it at your own risk.

7 Responses to Frosty bites: My experience carrying a water melon to the frosty mountain summit.