Not having been up there since we installed the solar lighting this summer, I wanted to know if the lights still worked. I also wanted to know if the loggers had put up another one of those miserable yellow gates, or if we would get our car crushed by a logging truck. The logging seemed to be done for the season and there were no new yellow gates. There were a few guys wandering around the clear cuts measuring stuff, and they seemed quite friendly and quite surprised to see our five cars.

We started up the trail in high spirits. I was carrying almost nothing and everybody else was carrying large quantities of stuff, mattocks, shovels, pieces of wood to build the outhouse hole liner, chain saws, battery operated power tools, little stoves, pots and all the usual stuff. As we went up the clouds increased, and just before the lake little crystals started falling from the sky, but it was not until we had been in the hut for a while, that the full-on blizzard got going. We found that there was almost a year’s supply of ready-to-use firewood still sitting at the outlet end of the lake, and this stuff just needed to be carried. As we went to bed Saturday night it was still snowing. I spent most of the night listening to somebody purring on the mat next to mine, then trying to get undressed in my bag because I was too hot, then finding my earplugs and installing them.

Sunday it was sunny. The outhouse committee started looking for a new place to dig, not too far away from the old place because the outhouse is very tall and very heavy to move. The firewood people kept arriving with another load of wood. One guy found that he was pretty good at splitting the rounds into manageable pieces. I crawled into the basement (where the marmots live) and rearranged the surplus building materials down there to make room for more firewood. In the end the firewood committee did a very good job so it should be cozy and warm this winter when the hut fills with skiers, snowshoers and so on. As there was snow all over the place and the lake was starting to freeze, naturally the urge to go swimming was pretty much irresistible. VOC people do not bring swim suits.

By Sunday night the new outhouse hole was ready to get the outhouse installed over it. The solar lights were turned on at 6pm. I found a better place for my mat and bag, further away from the guy that purred. I took off my clothes before getting into the bag, which is the right thing to do. I located the ear plugs, just in case. Somebody found the guitar and some of the not-so-old favourites got sung.

My plan for Monday was to leave at noon because I figured the trail would be icy with all our traffic and I wanted to go very slow and rest often. Another group passed me before we got to the cars and they offered me a ride home. I didn’t have to drive at all and it was such a treat not having to worry about falling asleep while driving and getting us all killed. The drive home was not ideal because there was an accident on the highway between Squamish and Vancouver so we spent an hour in Tim Hortens in Squamish waiting for that to be cleared.

I could go on and describe what bringing only cookies, coffee and Spam was like, but I think this is enough. I’ll try and include some pictures that others took. 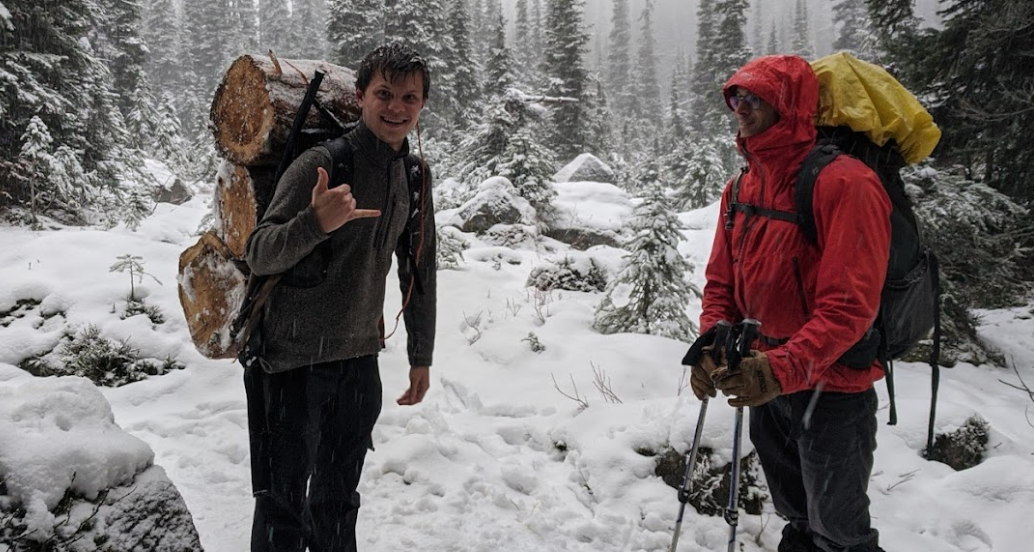 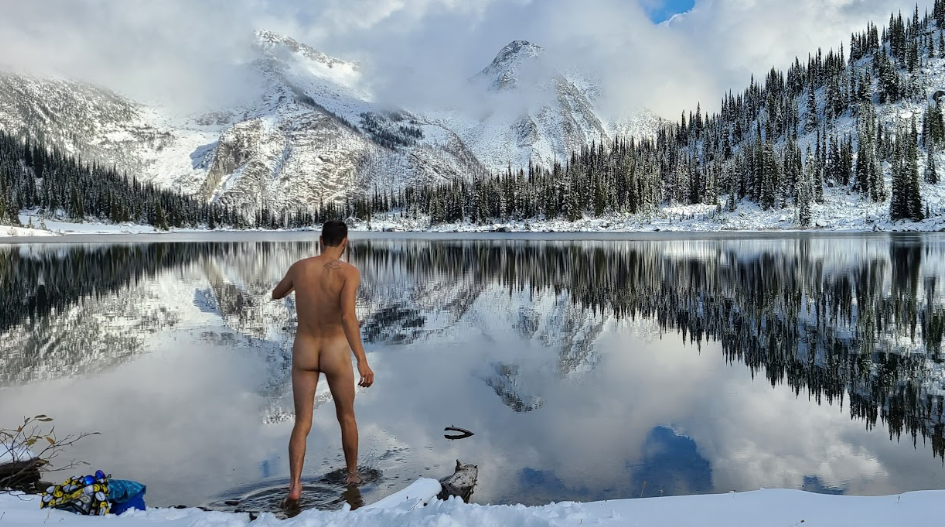 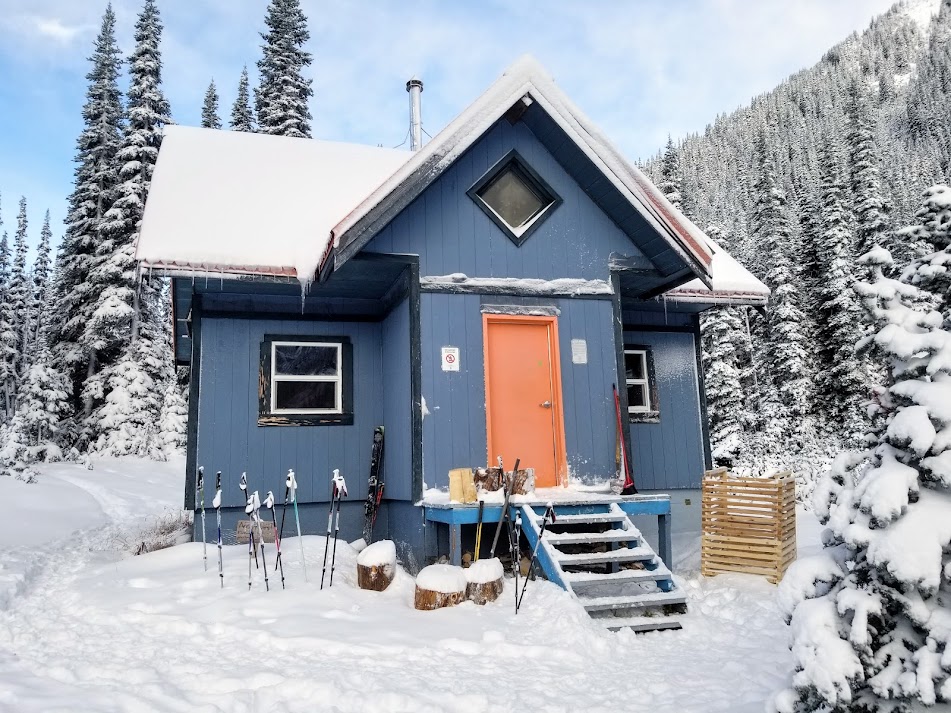 2 Responses to Phelix Firewood and Outhouse