Posted on November 2, 2021 by Anton Afanassiev 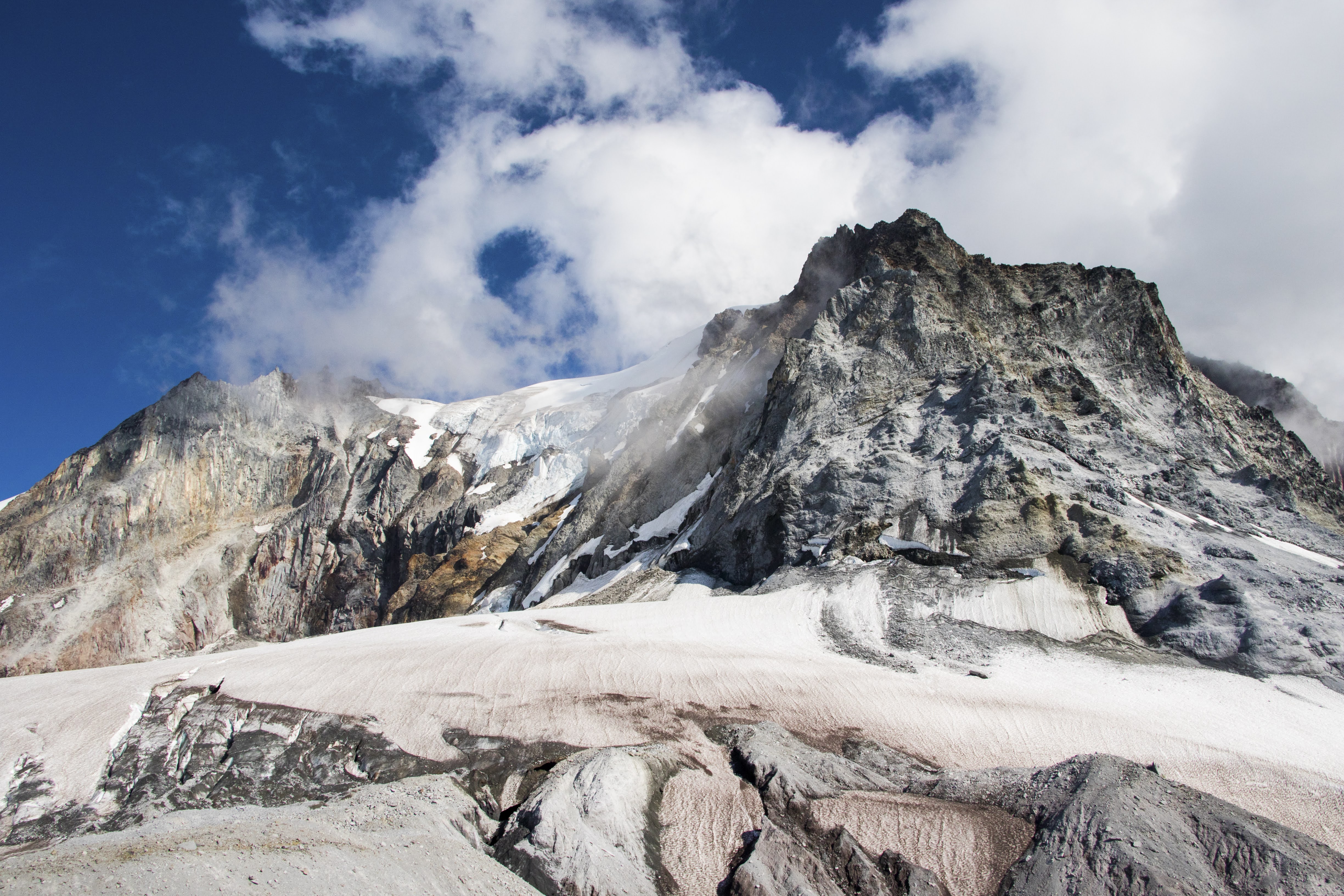 A view of the Warren Glacier coming from Brohm Ridge. Shot by Isaac Borego.

Better late than never! As I write this report, snow is just starting to stay on the north shore mountain range, and ski season is fast approaching. It was a different story when we were planning to go up to Brohm Ridge for some glacier skills practice. It was still peak summer, and the heatwave had just passed a few weeks earlier. Snow was a rare commodity, and I think everyone must have been excited to get out and see some in the alpine.

Brohm Ridge is situated next to Mt. Garibaldi and the Warren Glacier, the latter of which was our target of interest. The plan was to hike up and along the ridge and set up camp within reach of the glacier. Of course, the first challenge to any backpacking trip is getting to the trailhead. The vehicular approach is via Cheekeye FSR to just below a gate leading to the Brohm Chalet. This was very much a 4WD high clearance sort of road, but somehow my Ford Escape got up the whole way. Isaac Borego’s group also fared well in Isaac’s truck.

After parking the vehicles we had an hour-long slog up the FSR (if only gates didn’t exist) until we finally hit snow. We were surprised to see a pair of dirtbikes firmly stuck in the first snowbank. At about 10m away from the owner’s truck, they didn’t manage to get very far. 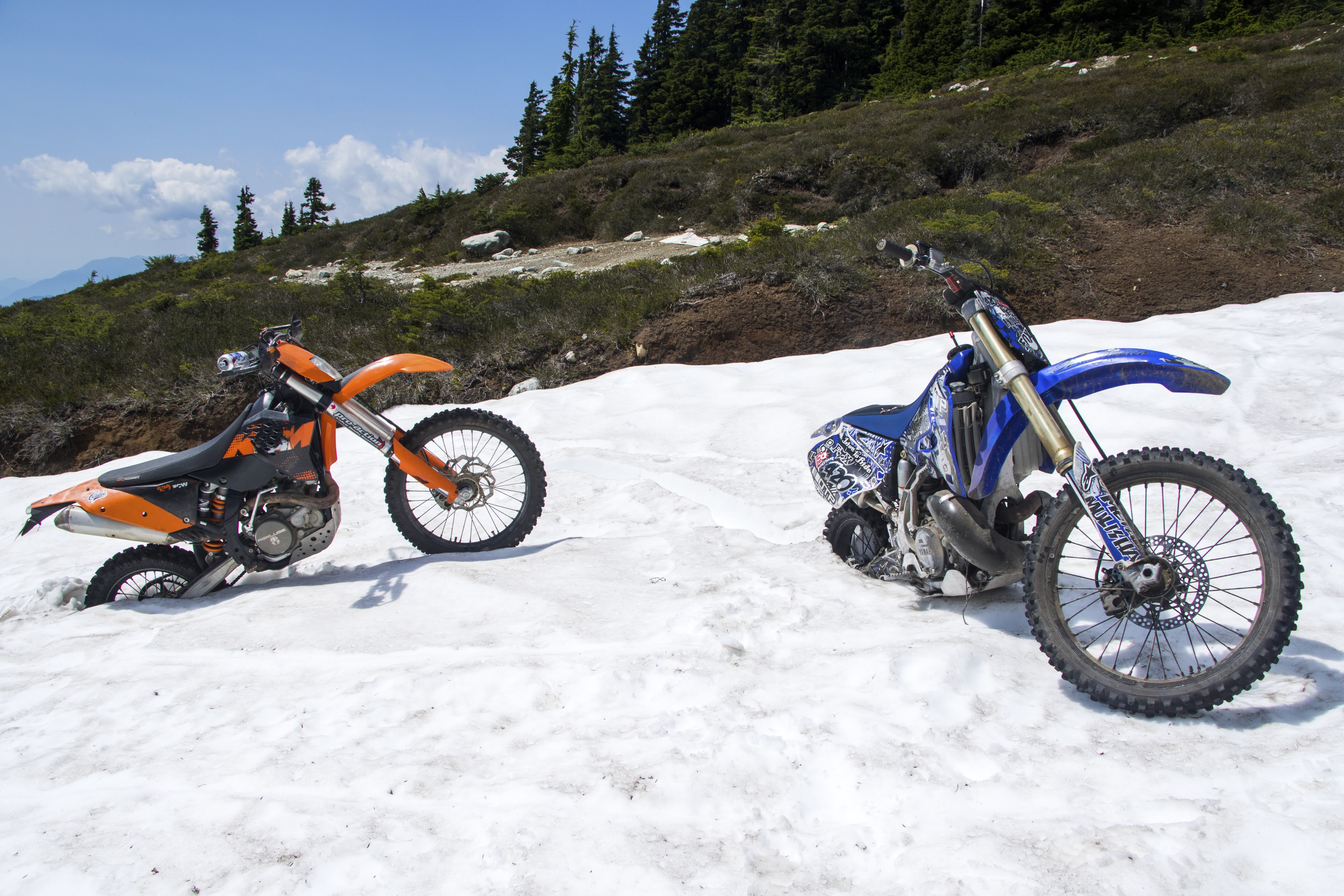 After gawking at the bikes for a bit, we continued along the ridge, now fully on snow. This year, there were a lot of patches of watermelon snow, which are caused by a species of algae that produces red pigment. About halfway along the ridge, we saw a particularly striking patch near a small snow-covered lake. We all joked about going for a dip. 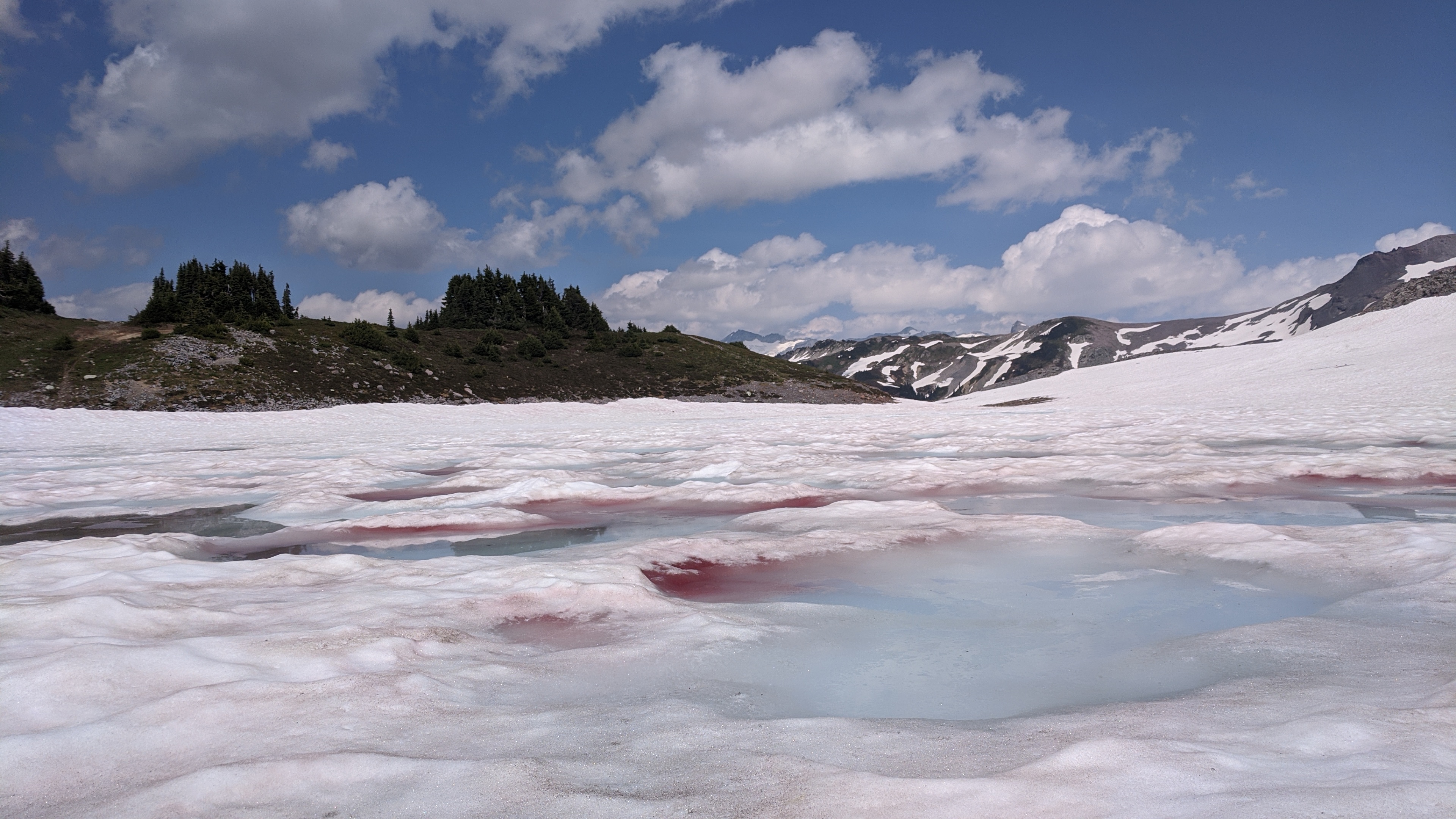 A picture of watermelon snow by Jacob Grossbard. I wonder if it tastes like 7-11 Slurpee?

After more slog along the ridge, we finally reached a nice place to set up camp that had a stunning view of Mt. Garibaldi. We packed our day packs and quickly set off towards the glacier to make the most of the day. The way up to the glacier features a rocky ridge with some decent exposure, and then a long uphill up a volcanic sand slope. 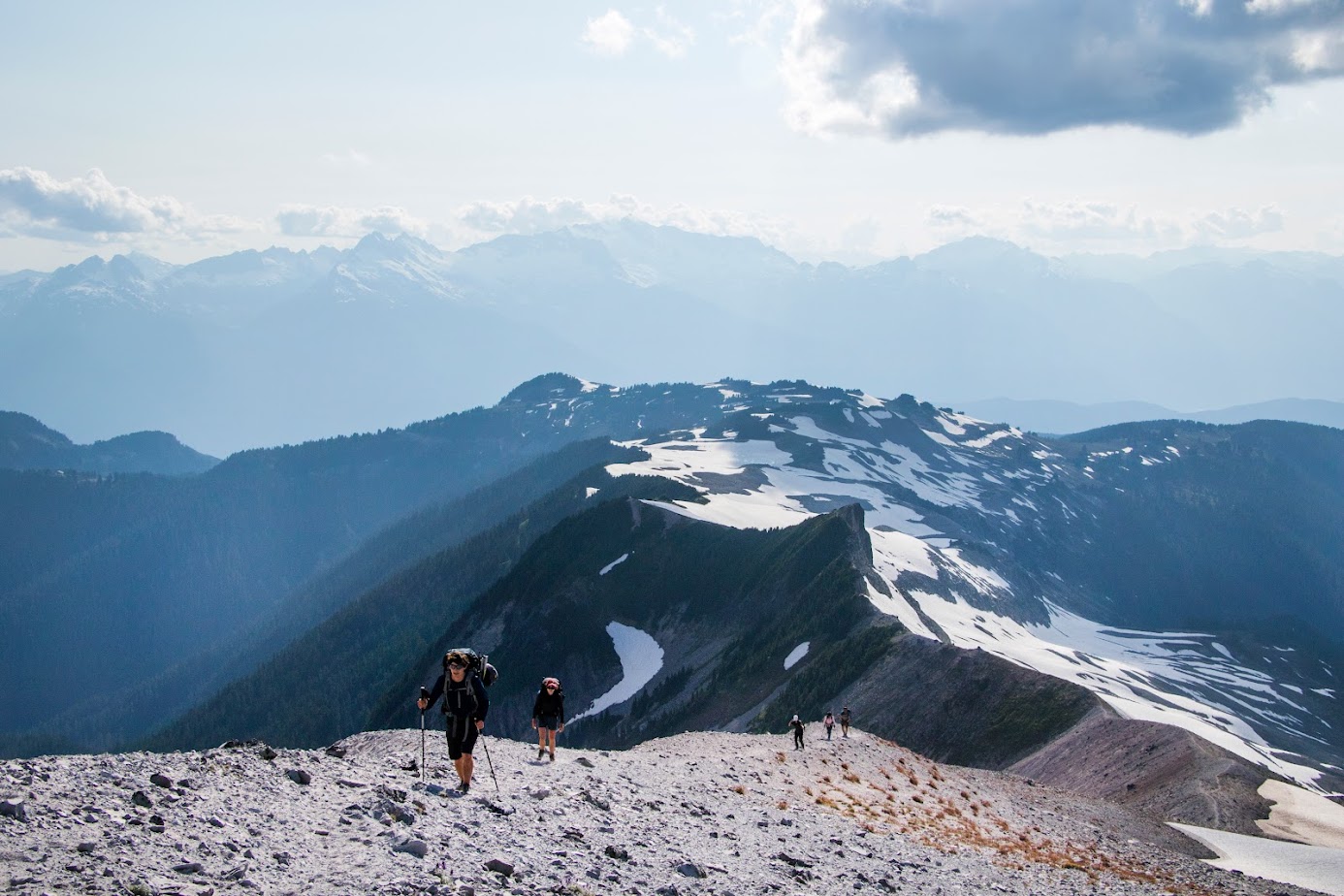 One step up, half a step down. Walking up this sand is hard work. Photo by Isaac Borego.

Once we got up to the glacier, Isaac, Nicole Dye, Jacob, and Jessica Leung quickly found a patch of ice to practice crampon usage on. Meanwhile, Shu Yu Fan and I took the opportunity to relax and look around. 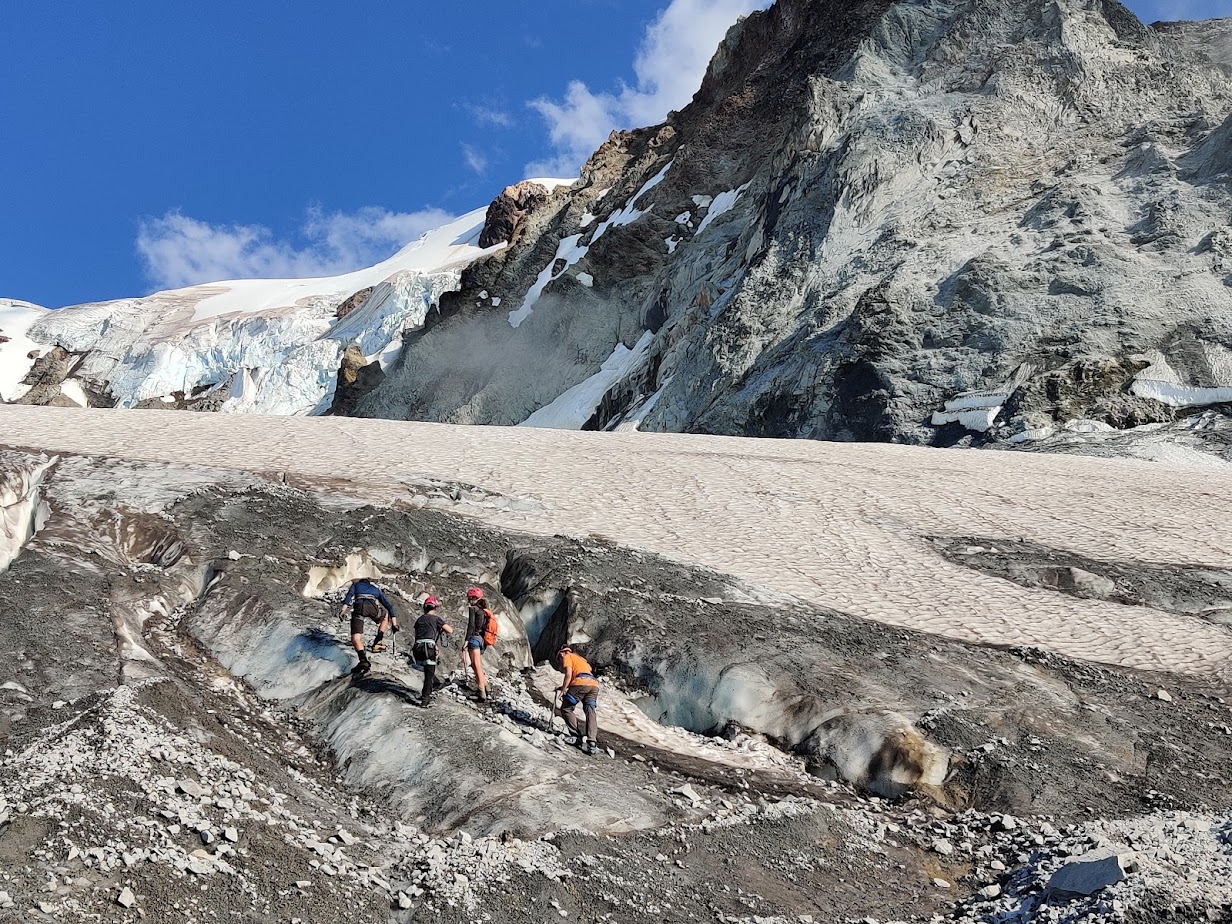 Some quick practice in walking on ice with crampons. Photo by Anton Afanassiev.

After some time, we decided to head back to camp and get some solid food in us. The way down the sand slopes was much more pleasant than the way up. As we walked, we could see alpine wildflowers scattered through the sand, and at the same time hearing rockfall down the steep west face of Mount Garibaldi. When we got back to camp, we fixed ourselves dinner and opted for an early night. That night, the sky was incredibly clear and there was almost no light pollution. I found myself just staring up at the stars until 1 am, occasionally seeing flashes from a distant thunderstorm near the horizon. 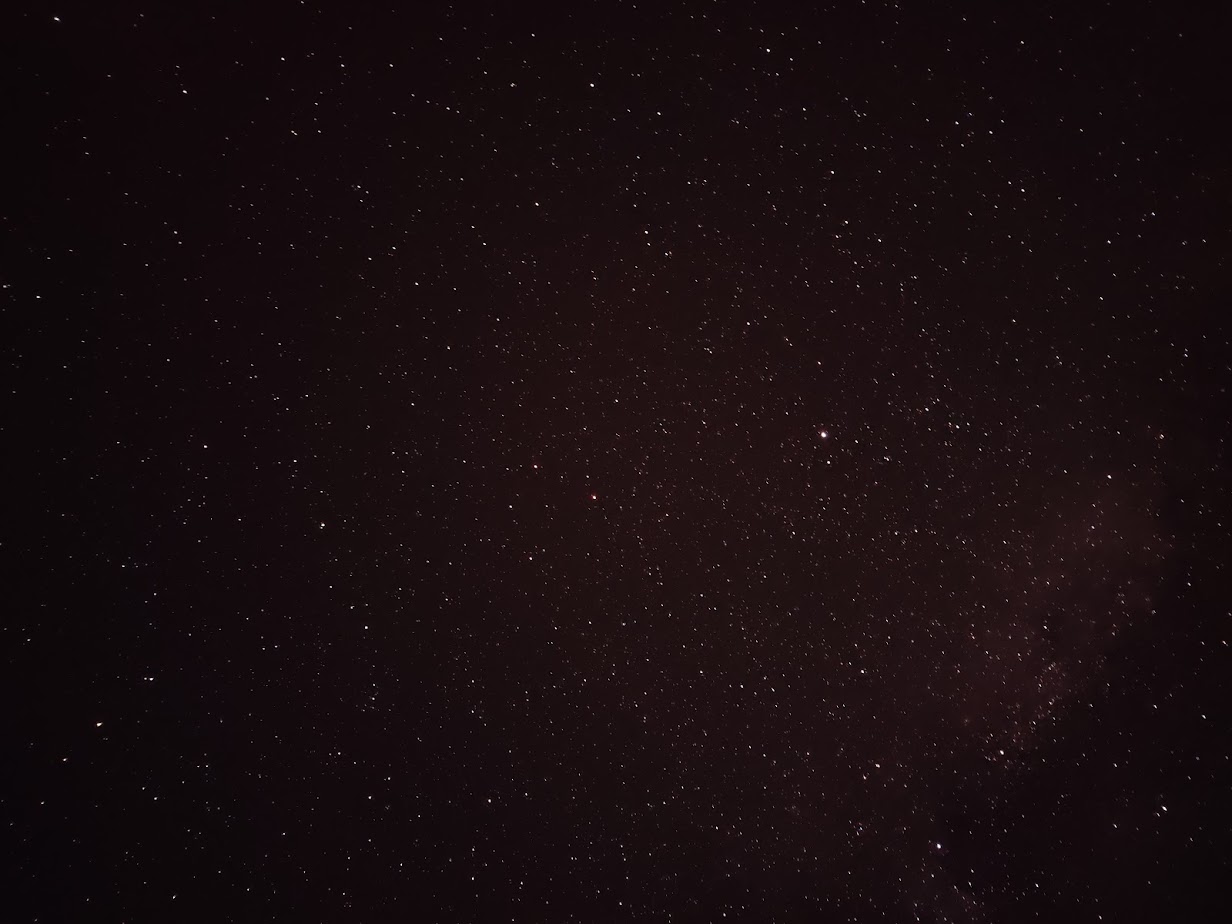 The stars from Brohm Ridge. Photo by Anton Afanassiev.

The next morning we woke up near sunrise and quickly packed our bags, eager for another trip up to the glacier. That day’s course was self-arrest practice, roped travel, anchors, and pulley systems – the works. Shu Yu kindly lent me some gear so I could get some practice in too.

After a productive day of practice, we finally started to get cold, tired, and hungry – generally ready to head down. The way back was a serious slog in the soft snow with the scorching sun blazing down on us. Jacob had the most creative way to beat the heat by actually taking a dip in the slush ponds, as we had joked about the day before. Along the way, we even managed to get the elusive group photo. 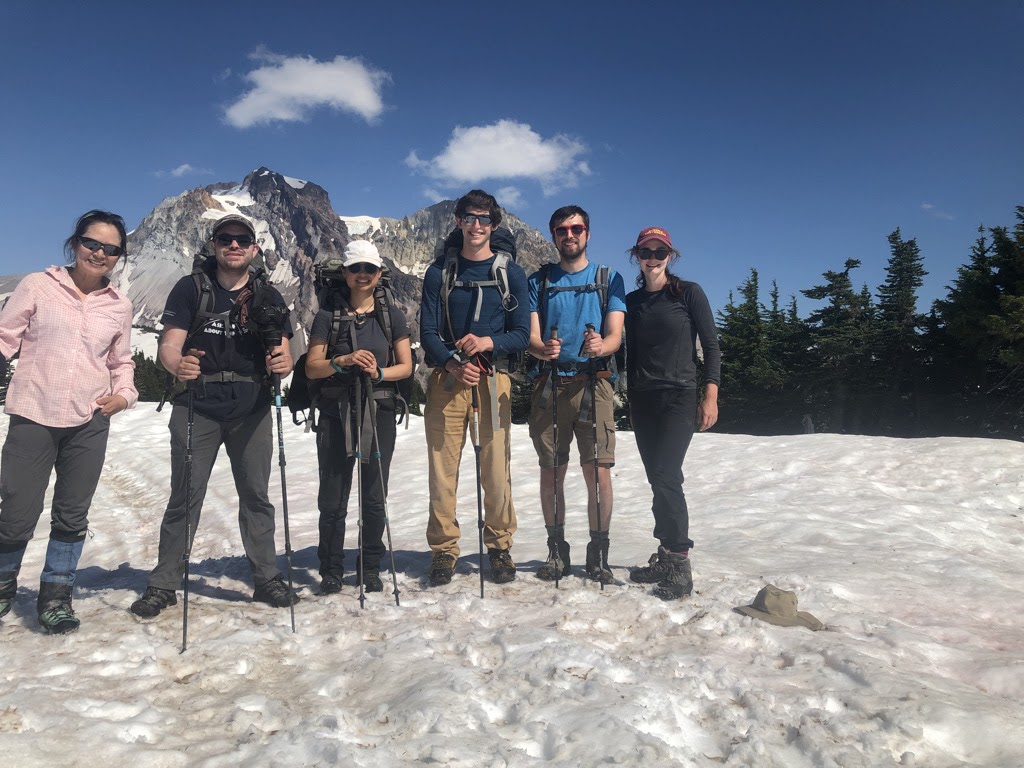 A group photo by Nicole Dye.

Eventually, we arrived at the cars, tired and ready to go home. Brohm ridge had given us incredible alpine scenery and a great experience practicing glacier skills. I am definitely looking forward to visiting Brohm again in the future!