Early Saturday morning we met up at the Tim Horton’s in Squamish. The group was somewhat smaller that what we had expected due to some car trouble that resulted in five people being unable to make it. The three remaining vehicles set out together, slightly behind schedule. The drive up the logging road was a bit of a struggle with 2WD but we managed to make it decently far. Eventually we decided to hike the rest of the way to the trailhead (a few km).

We reached the trailhead around 11:30 and set our turnaround time for 3:30. It was turning into a beautiful day – we couldn’t have asked for better weather. The trail was extremely wet and muddy but enjoyable nevertheless. We decided to stop for lunch at the first lake. While most people ate a few people decided to break the thin layer of ice and go for a swim.

We reached the third lake around 2 and decided that Tricouni Peak wasn’t in our time budget. Instead we got a chance to learn (or practice) how to use our ice axes and the proper technique for self-arrest. Then we hiked back the way we came, once again becoming entirely covered in mud. 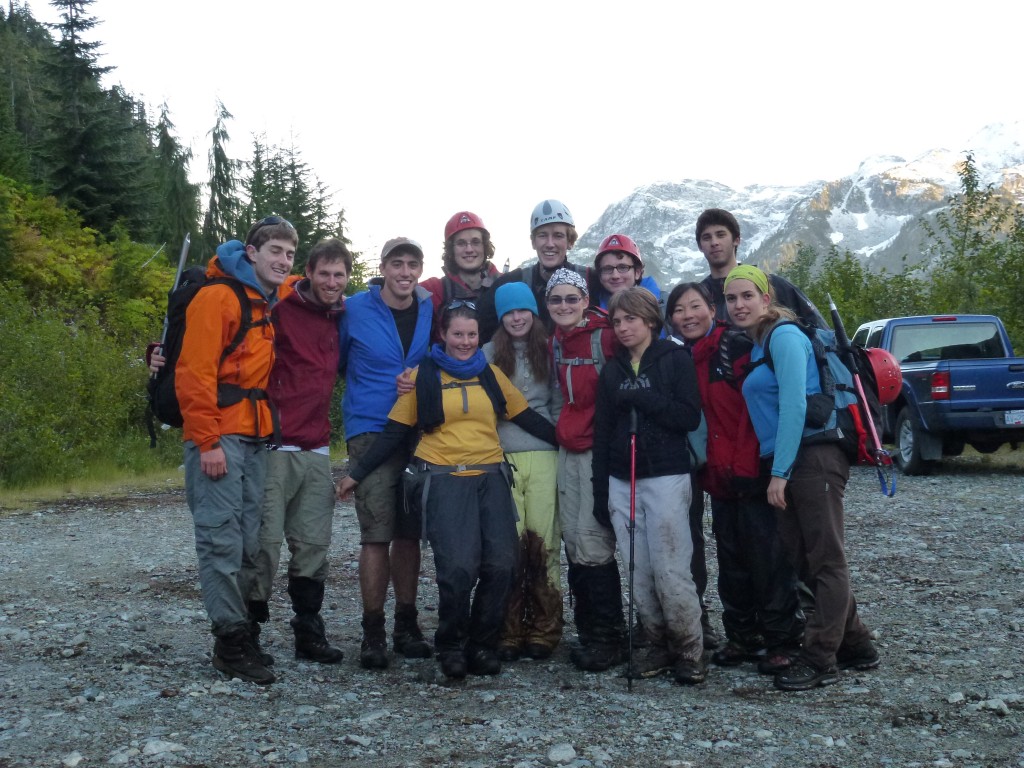 We returned to the cars just after dark and, after stopping for bite at Tim’s/Wendy’s, all headed home.