Posted on September 5, 2012 by Artem Bylinskii

On the weekend of August 24-25, Marcin Mirski, Phil Daoust, and myself went canyoning on the North Shore. With a stark lesson from Phil that it wasn’t called canyoneering and that only Americans called it that way, while the rest of the reasonable world called it canyoning, we were reminded that a particular friend of ours actually calls it can-yawn-ing. In terms of pronunciation of course and not as a comment on how interesting the sport is. In fact if you were yawning in the canyon with your mouth wide open, you’d probably drown pretty fast.

With my friend Francois-Xavier De Ruydts filming a documentary about local canyons and canyoneers for the mountain film festival, we were given the inspiration we needed to head out on such an adventure, completely new to me. The first day we sent Cypress Falls creek with Fix taking many photos and video of the descent. He strung a camera line over 3 successive waterfalls and made one phenomenal shot of us rappelling, scrambling, and throwing the rope at the same time. I am quite excited to see the finished product! 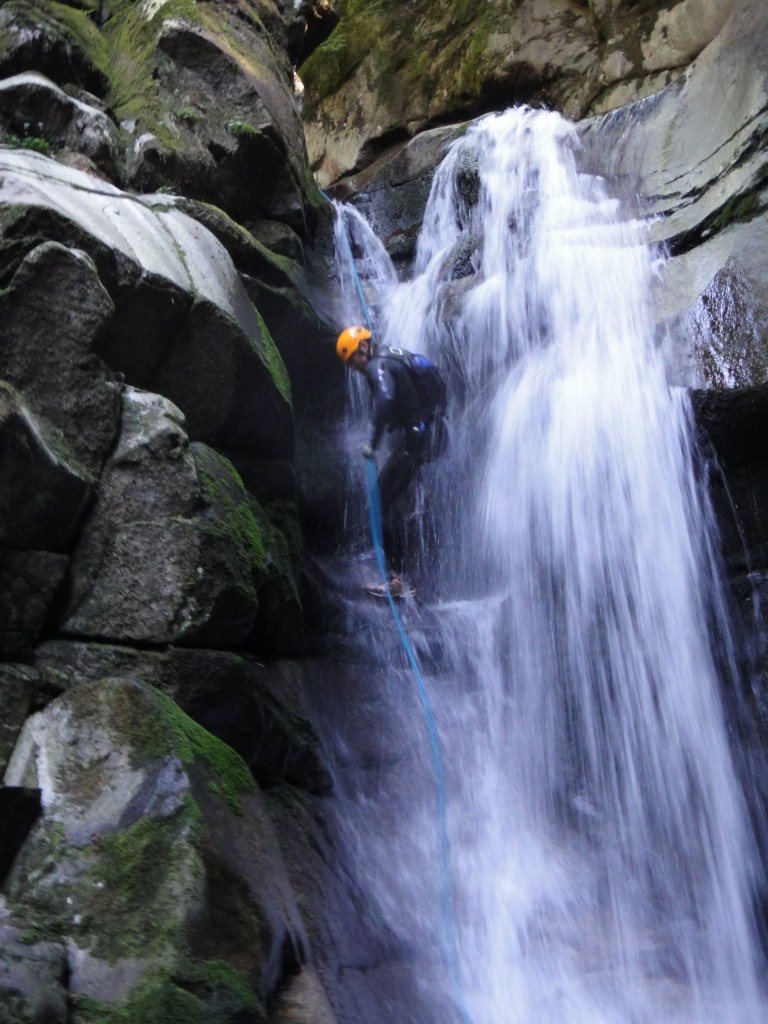 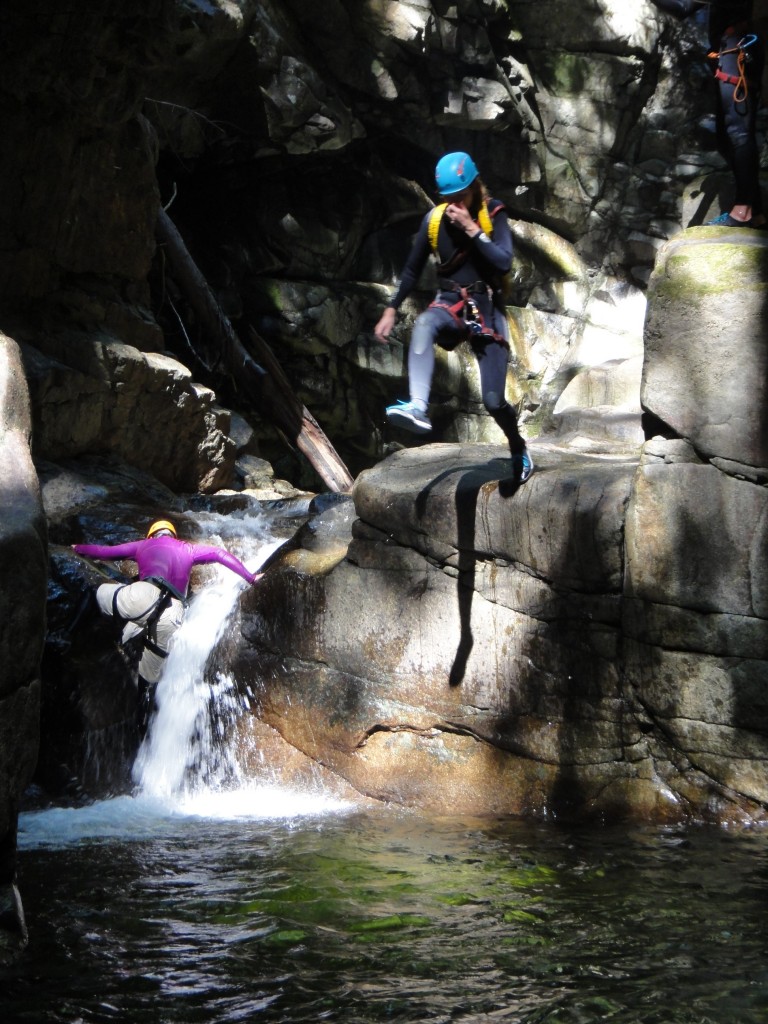 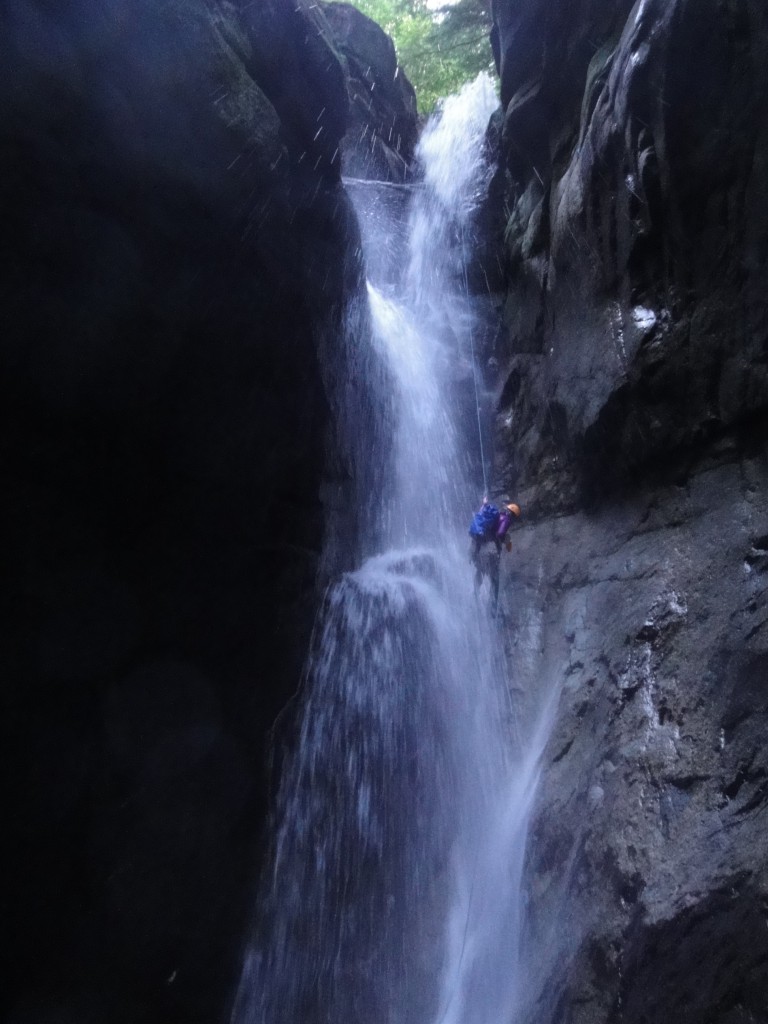 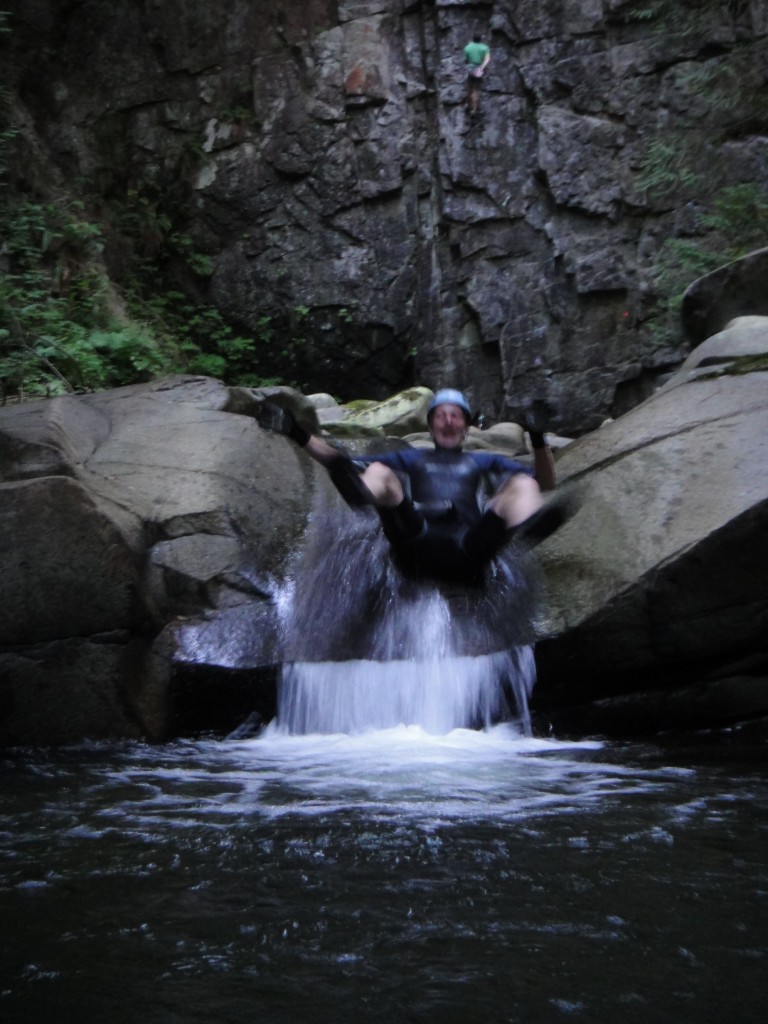 Marcin going "Spread Eagle" on one of his many slips, slides, and bails

The second day, now armed with with great knowledge, experience, and Dmitri Oguz, not to mention the stomachs still full with the previous night’s all-you-can-eat Indian food, the 4 of us went out to descend Goldie Creek, which turned out to be another stellar canyon. On the hike out, our naked group of dudes somehow managed to hitch a ride back to the car. Back at the Park Gate Mall parking lot a cop drove by us, stopped and looked at us confusedly out the window, said “I’m not even going to ask”, and drove away. 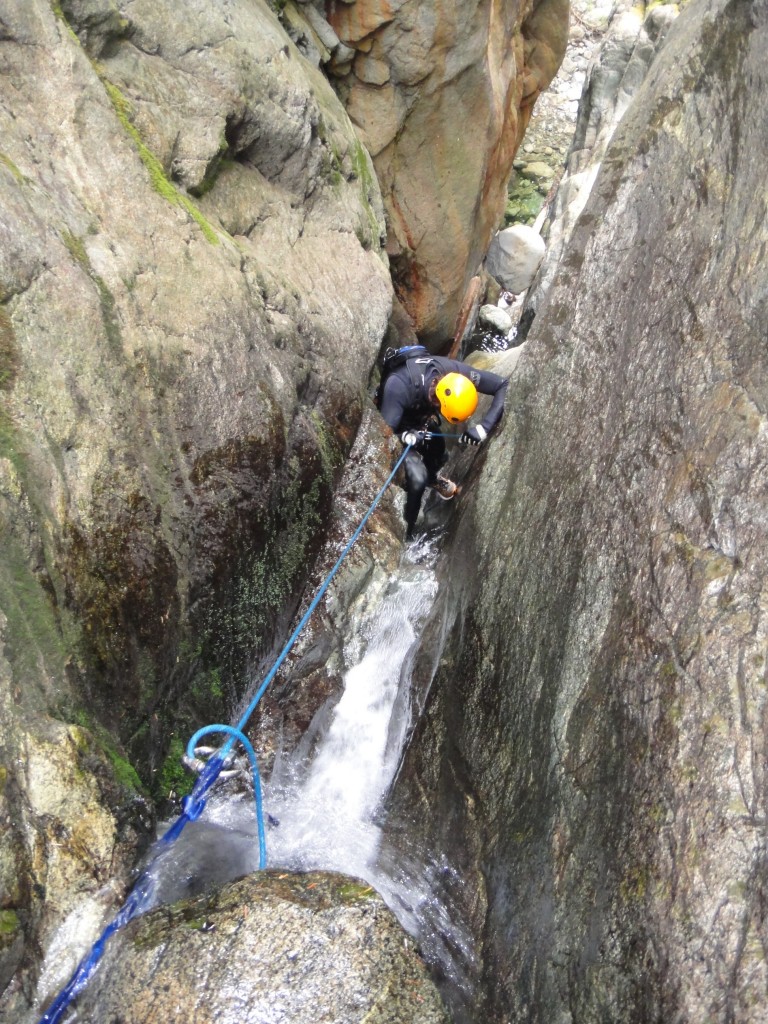 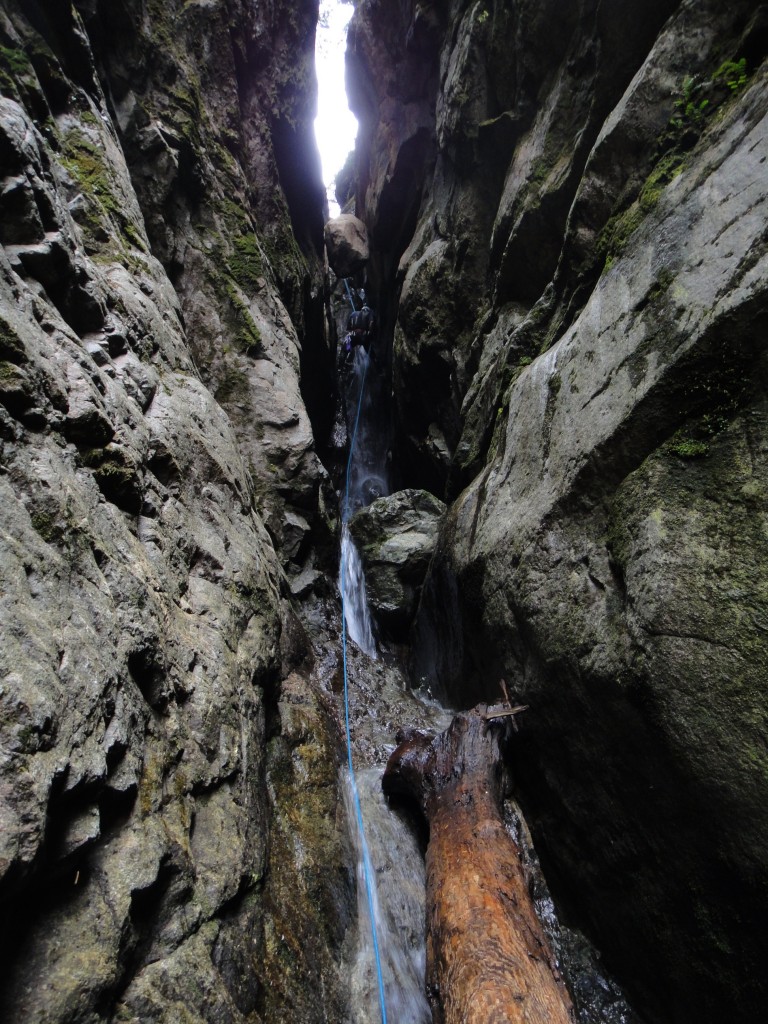 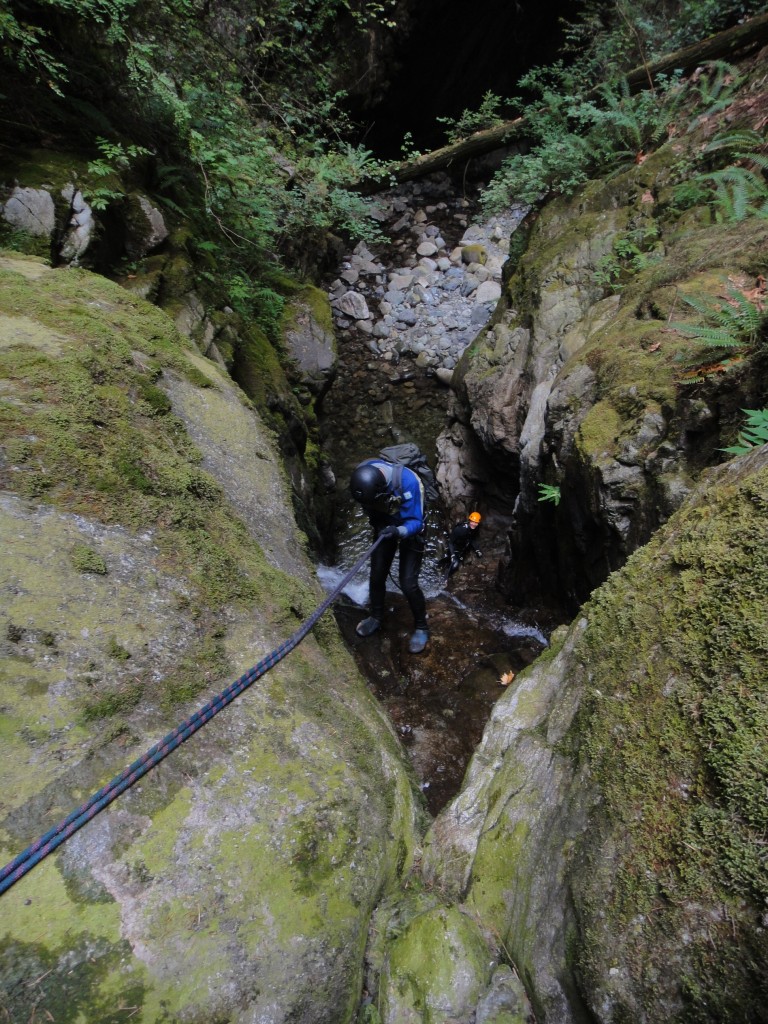 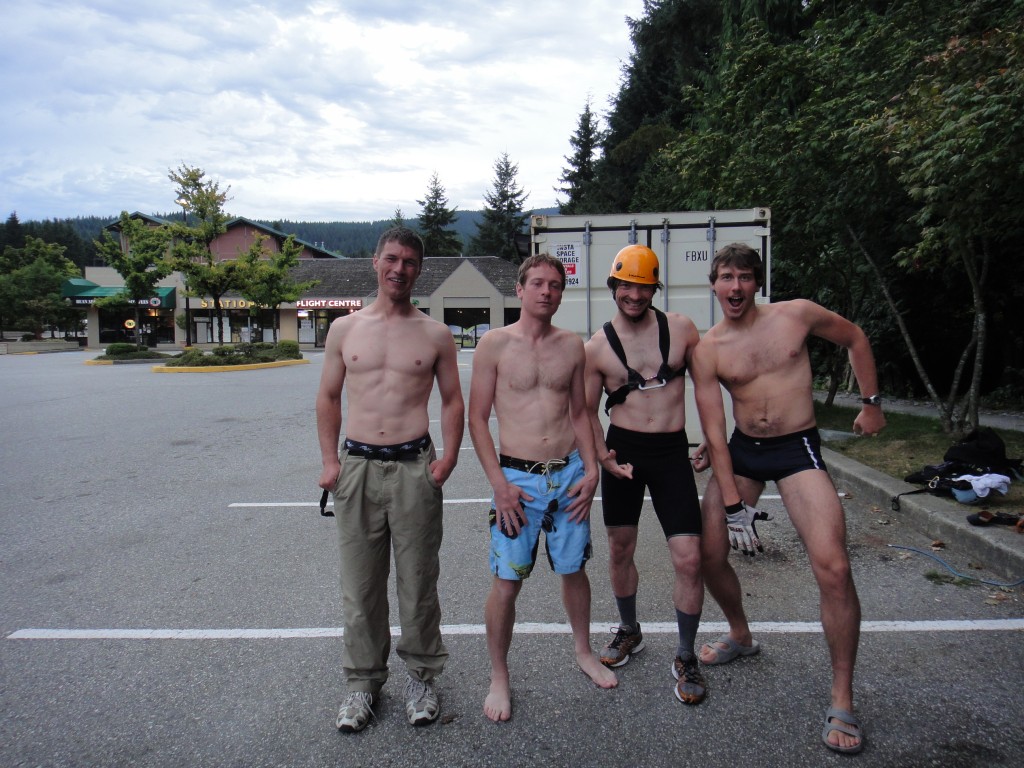 Even though this seems like a silly activity, I mean who would walk down a bunch of wet rocks in cold creek water for hours on end with perfectly nice dry trails all around us, it proved to be rater exciting and strangely appealing. I’m not going to commit a lot of time to it, but will certainly go out on at least a couple of weekends a year in the shoulder season. And really, the combination of building creative anchors, slick rappels, jumps, swims, slip-and-slides, and ridiculously hilarious conversations makes this a truly entertaining and awesome sport.

7 Responses to Canyoning, Canyoneering, or Can-yawn-ing