Fifteen VOC’ers met up on the last day of May for a hike and a picnic at the top of Coliseum mountain, in Lynn Headwaters park. I was tasked with writing the trip report, so here goes, a month and a half later. Better late than never, right?

We met up around 8AM downtown, hopped the 210 bus, then an hour or so later, we found ourselves on a bridge in a forest. 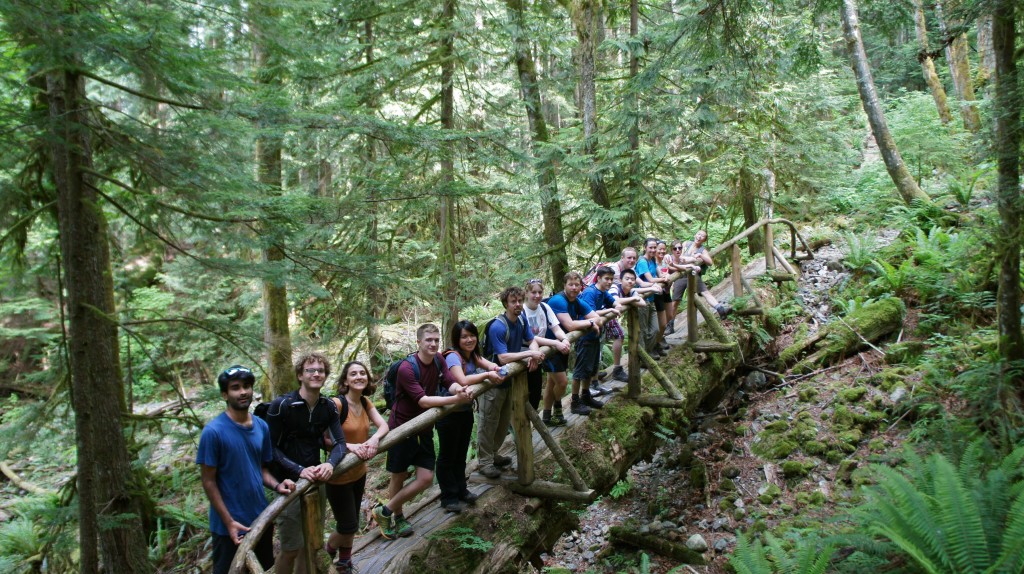 After about 9km of easy hiking along Lynn creek, we made it to Norvan falls, just in time for second breakfast. Dan went for a swim in the pool below the waterfall. 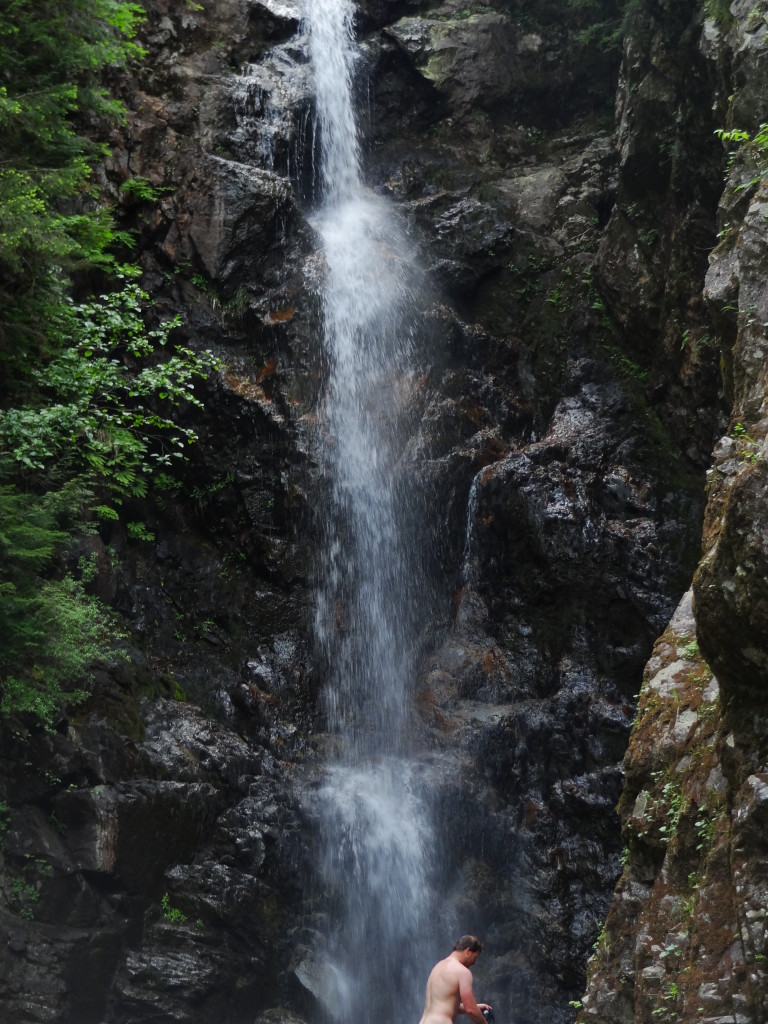 After Norvan Falls, the real hike started. This relatively easy climb was complicated by a backpack with a watermelon inside, which we passed around to share the burden. A few kilometers up the trail, we found another great swimming spot. Along the trail were young forests, meadows, and beautiful rocky areas. 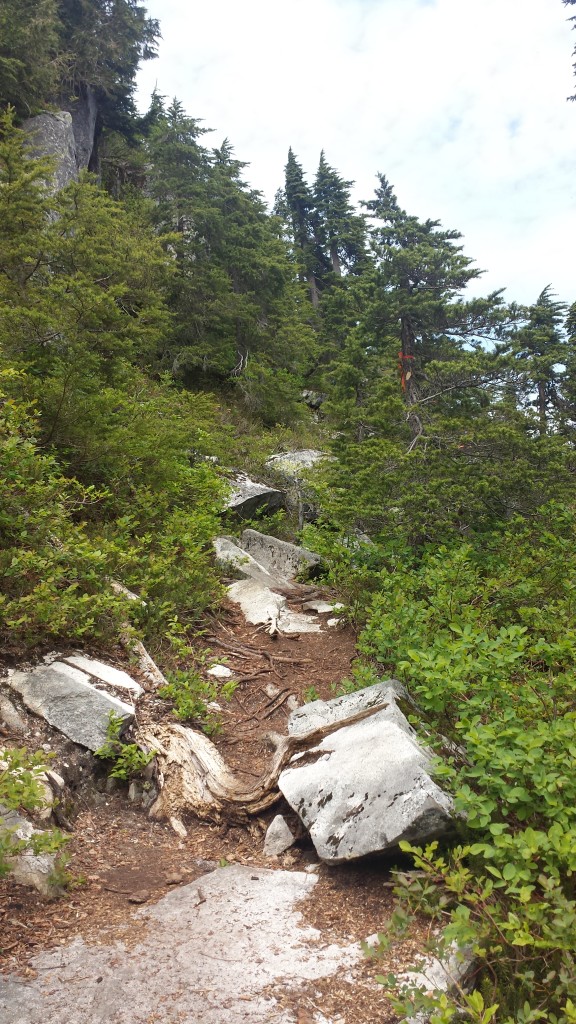 The trail was a bit of a scramble at times. 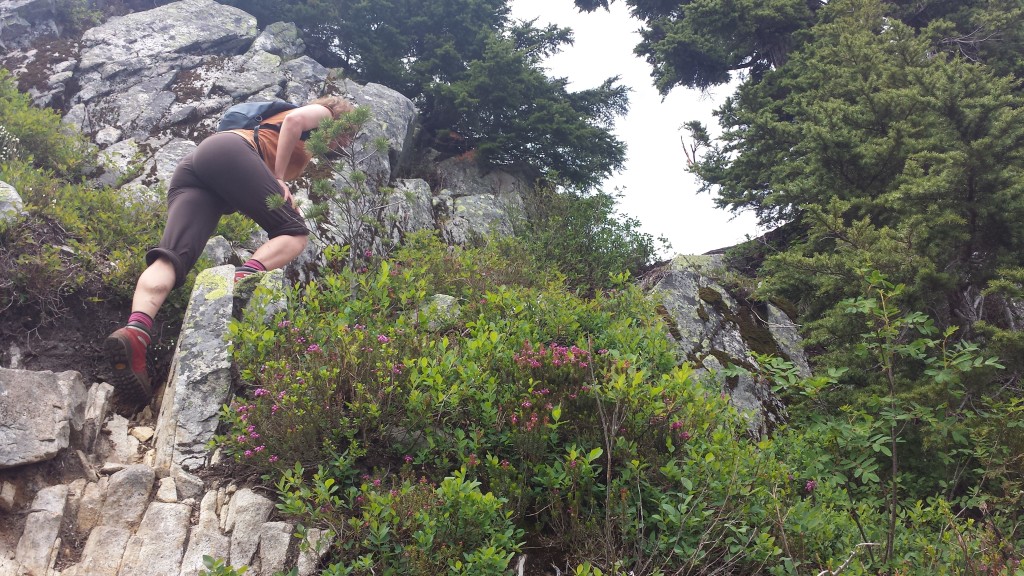 The gradient of the climb naturally split the group up. Here’s where things get a little grey. At some point, one of our crew wasn’t feeling up to the hike anymore, because his knee hurt. I wasn’t there, but as I understand, after some deliberation, we uhhh, left him on the hill. He consented. We made a plan to meet back up with him on our way down. We thus attained the summit with only one casualty, watermelon intact. There’s a lake! 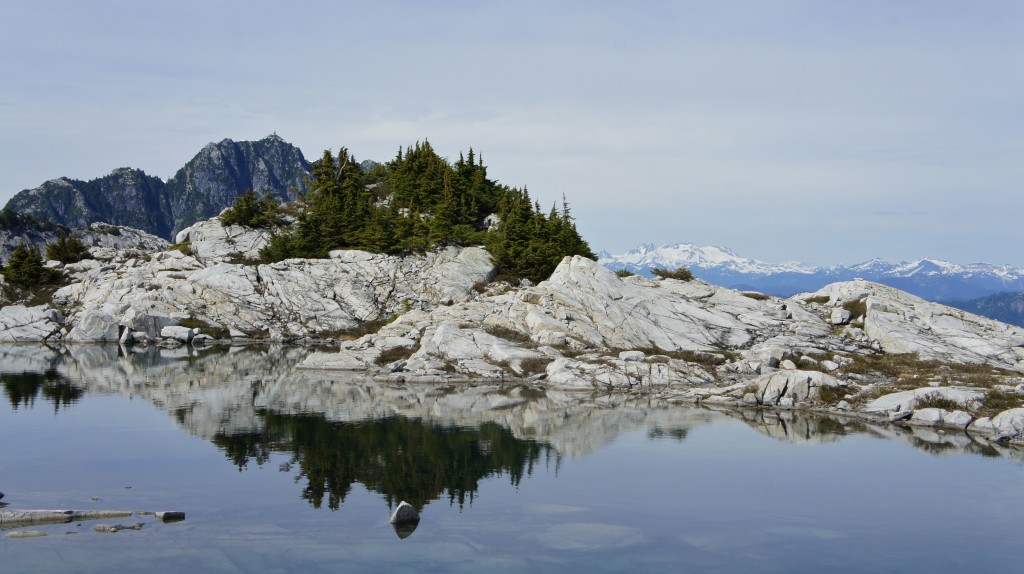 At this point we had our picnic. Memorable highlights include Liz’s baked goods, lots of pringles, chocolate, and of course, the watermelon. 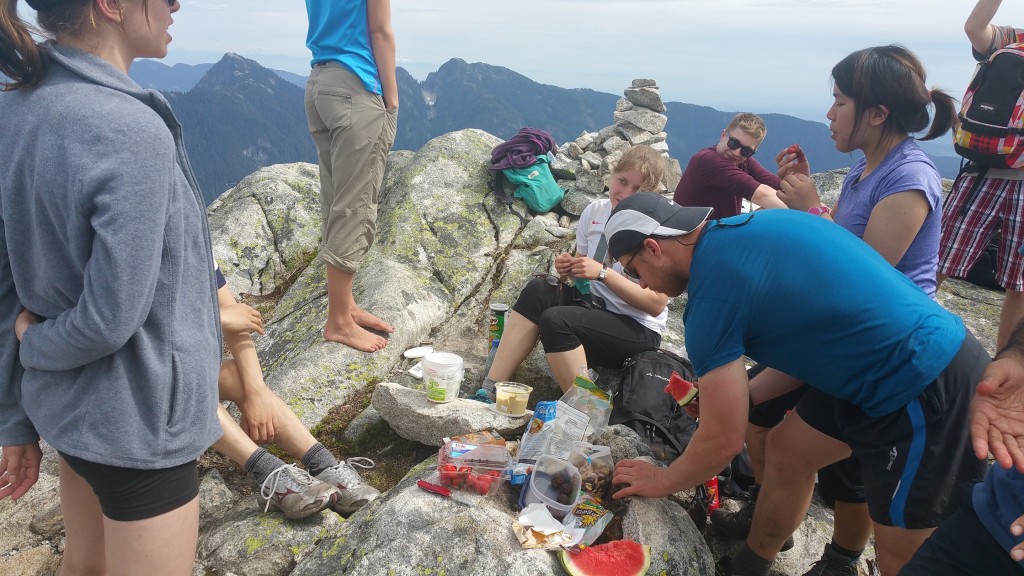 After the picnic, it was swim time. The lake on top of Coliseum is absolutely perfect. Next time, I’m bringing pool toys. During our swim, several unsuspecting marmots probably lost their vision to an intense white light emanating from the general direction of the lake. 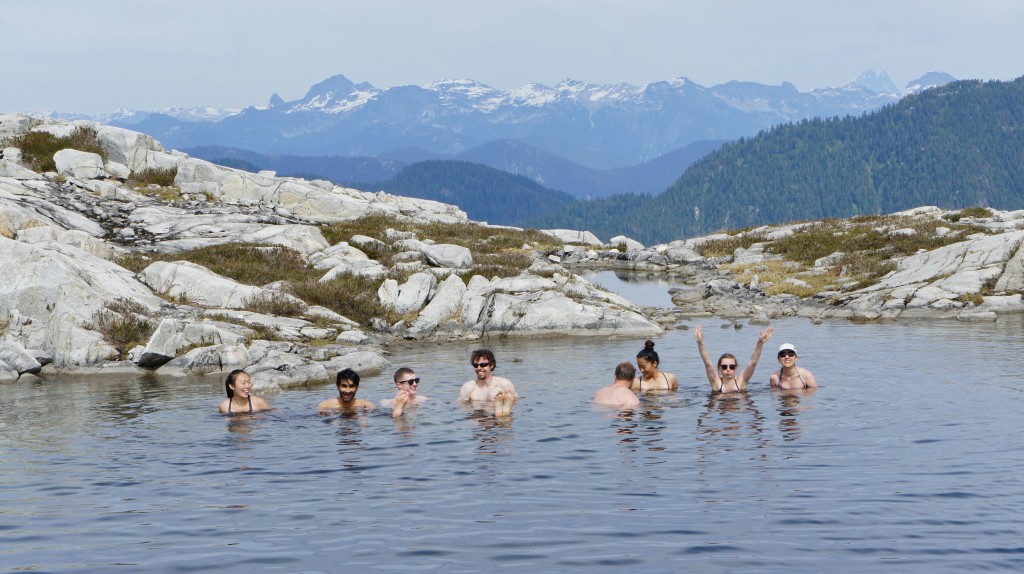 After drying off in the sun, we headed back down the mountain to find our abandoned friend. He was relatively content, but his knee was worse than everyone had thought. What we should have done is probably different than what we did, but alas, we live and learn. We all made it to the bottom of the mountain an hour or two before dark. We made it to the trail head at the edge of dark– props to Dan and Mirko.

There are two main lessons to learn, and a few pointers to note. First, call North Shore Rescue sooner rather than later. Second, an early and accurate assessment of discomfort on any trip is essential. Had we realized the degree of the injury when we had left our friend on the hill and continued on to the summit, we would have had a much easier time dealing with this situation, and we wouldn’t have been risking nightfall.

As for the pointers,

With two of our crew at the hospital, the many of the rest of us went to the Alibi Room in Gastown. There were about eight of us on the way to the tap-house, so we decided to take a sketchy alleyway near Hastings and Main. Here we saw anomalous human behaviors involving a woman and a bag. Vancouver is strange.

After this, we all went home and slept like infant children. Another trip’s worth of good memories! 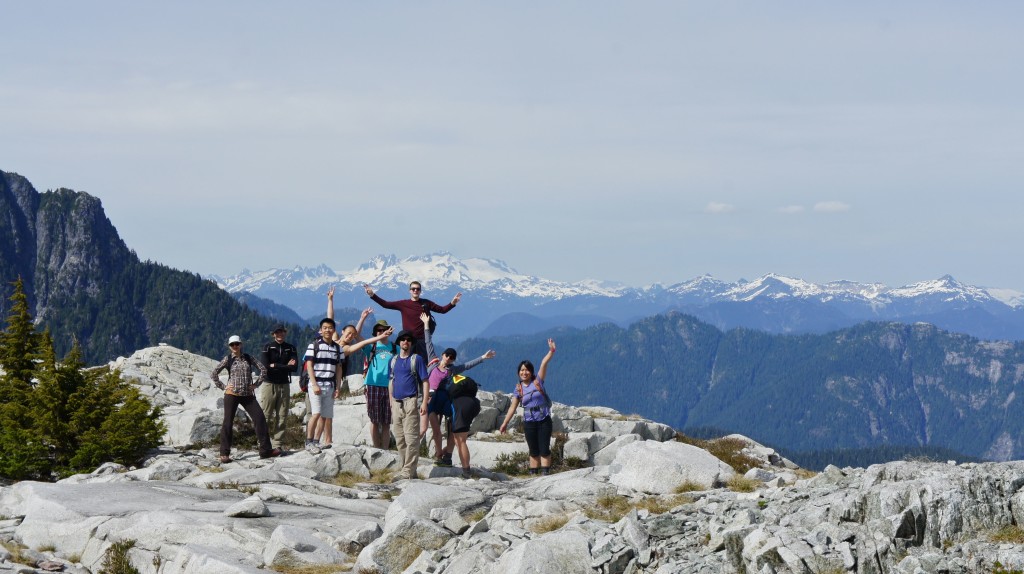