Posted on September 29, 2015 by Spencer Rasmussen

Sometimes I’m bad at making plans. This weekend was one of those times, and I was a bit ticked at myself when Friday rolled around. The forecast was great, and I wanted to be in the mountains. I started pouring over maps and trip reports, but without a car, it was mostly an exercise in frustration. Perhaps I need to forget about planning?

I decided I would ditch my plans in favour of piece of cardboard. On one side it said “The Mountains” and the other, “Vancouver”. I would stand by the Sea-to-Sky and see where it took me. I packed a very light bag and caught the buses out toward Caufield Saturday morning.

The bus dropped me off at the “legendary” hitching spot, and within five minutes a old sedan had stopped for me.

I hopped in. It seemed fortunate that they picked me up, because they apparently had done no planning whatsoever. But I this strategy usually works for them; supposedly they once found Brew Hut in low-visibility with a map drawn on a napkin. I guided them up to the trailhead and answered their questions about the route. I figured I would exit via Brandywine, and texted a friend to be my emergency contact. Travelling from Mount Brew to Brandwine and is called the Alcoholic Traverse, and people dub the Cypress to Brandywine variation the Semi-Alcoholic.

We were stopped by the waterbars shortly before R200. Just as we were parking, a Nissan X-terra drove by and offered us a lift to for the last few kms. The driver said he was just out for a drive. His “eat wild” ball cap said otherwise. We guessed later that he thought we were a bunch of hippy-environmentalist-vegans who would be appalled for his real reason to be up there.

I hiked with my new friends up to the col below Cypress and bid them adieu. They were really cool, and one them is starting at UBC. Hopefully we’ll see him around. I sat alone and stared at the map. I had downloaded one trip report onto my phone during the car ride, but it that party had turned around after the first quarter of the route. I guess all I’d have to on was the route line drawn on the map. 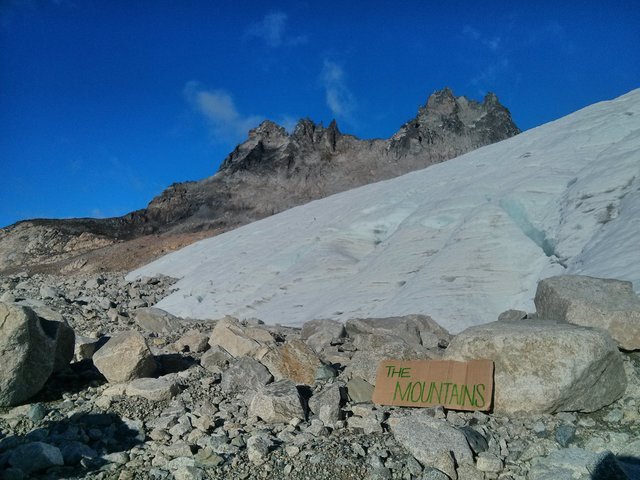 I wandered north through the alpine. The route follows the line of mountains between the Squamish and Cheakamus rivers, and the views are both constant and spectacular. There was a bit of snow hanging around in places, and I was worried about the glaciers since the route line on my map told me to cross them. Fall is usually the worst time for glacier travel since thin snow can hide the crevasses, but not support your weight. When I arrived at the glacier below Fee, there was indeed a few inches of snow, but I was able to hike below it. I know the glaciers on this route have a mellow reputation, and I think Baldwin’s book recommends the traverse early season, but there are still some crevasses I’d rather not fall into. 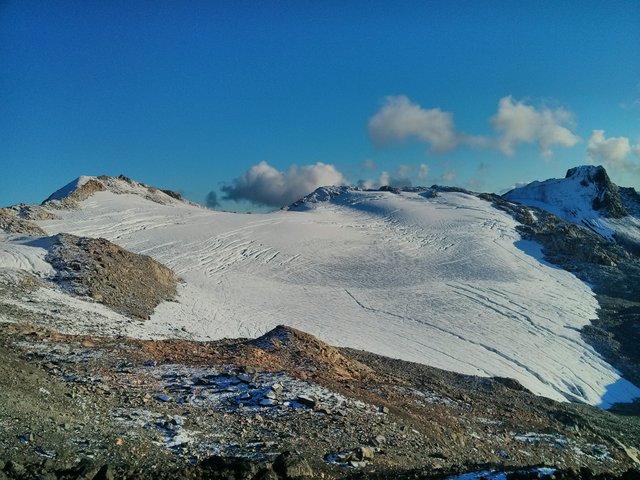 The glacier southwest of Fee with a few inches of snow.

At the small lake below Fee I stopped for the day. I had packed only a -3C sleeping bag and a piece of Tyvek I begged from a construction site the night before. The skies looked clear, so I didn’t bother making Tyvek tarp and just curled up in my sleeping bag.

I woke up with frost covering my sleeping bag at 2am and struggled to keep warm. It didn’t work that well. I guess the season for open bivys with a light bag is over. The night was only going to get colder and by 3am I gave up sleeping and got a move on. Continuing to avoid the glaciers brought me a bit closer than I’d like the walls of disgusting choss that is Mount Fee, and I was a glad to both have a helmet and be travelling before dawn. 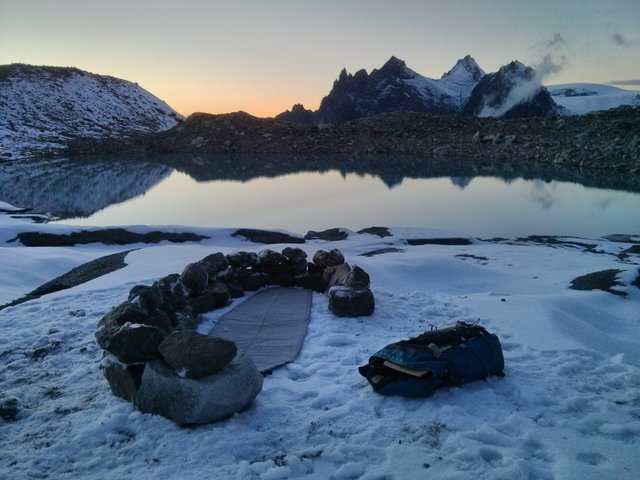 It was as cold as it looks.

The moon was so bright my headlamp stayed in my pack. At 4am I took off my jacket and had to repack my bag. A second later I reached for my headlamp to better see the map. It, and the bag of essentials that comes on every trip, was gone. Shit. I searched around, but it was pretty tough without a headlamp.

I started to retrace my steps through boulder field. I was pleased with my ability to follow the occasional footprint, and am considering a career as a bounty hunter. I returned to my bivy empty handed. Double shit. I decided to wait for the sunrise before heading forward again.

When I got back to my turnaround point just after dawn, I saw the bag lying just behind the rock I stopped at. Yep.

The rest of the way to Brandywine went quickly. The route might be nicer with a bit more snow though because there’s a lot of crappy talus hiking. I tagged the summit of Brandywine and chatted with the many people on route. They marvelled at my 26L bag. I told them it was a result of poor decisions.

A small backhoe was at work trailbuilding in Brandywine meadows. I made it halfway down the road to the highway before I was picked up, and a couple rides later I was on a bus home. One couple I travelled with claimed to have been at Keyhole hotsprings over the weekend.

So I guess it worked out. I’m keeping the sign.

3 Responses to Semi-Alcoholic on a Whim