The Objective We had driven up to the Brew trail head a couple of weeks previously and cut what we estimated was about half a ton of firewood. 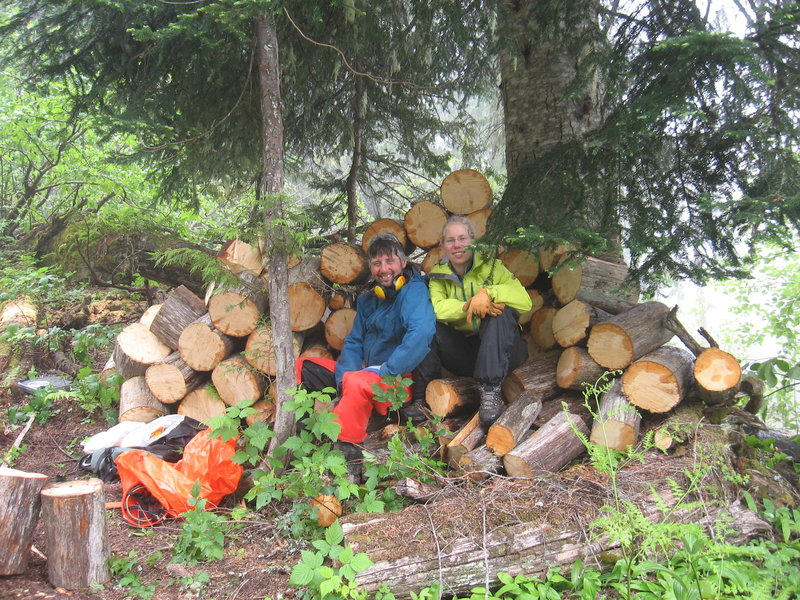 Now we were curious to see if we could carry it up to the Brew Hut. If we had 20 wood carriers and each carried 25 kilos of wood, that would do it, but a lot of us aren’t rated to carry this much. We had a dinner crew (mostly Noriko) who prepared dinner (both vegetarian and carnivorous) for us, and a sturdy 4WD Jeep to get us to the trail head and back as required. We also had outhouse parts to install.

Dog’s Story, as told to Roland I am Noriko’s dog. I am small and white. For the last ten years I lived a comfortable urban life in Japan, so this trip was something of a novelty for me. I have a name, but nobody can remember it, so they mostly addressed me as “dog”, or sometimes “useless” because I didn’t carry any firewood. Just how urban can a dog get? Well, I did not understand that you can drink out of a stream, and I had no idea how to cross a stream, and I don’t swim. Walking on snow was a new experience for me, and made my feet cold. I did not chase sticks when the humans threw them. I didn’t chase frogs, or deer, or snakes. Although I seemed to enjoy following behind my mother, Noriko (she’s not my real mother, but that’s a long story), I prefer to travel in her day pack with just my head sticking out. Sometimes it got cold and wet in there and I would like a dry towel or two for the next trip. 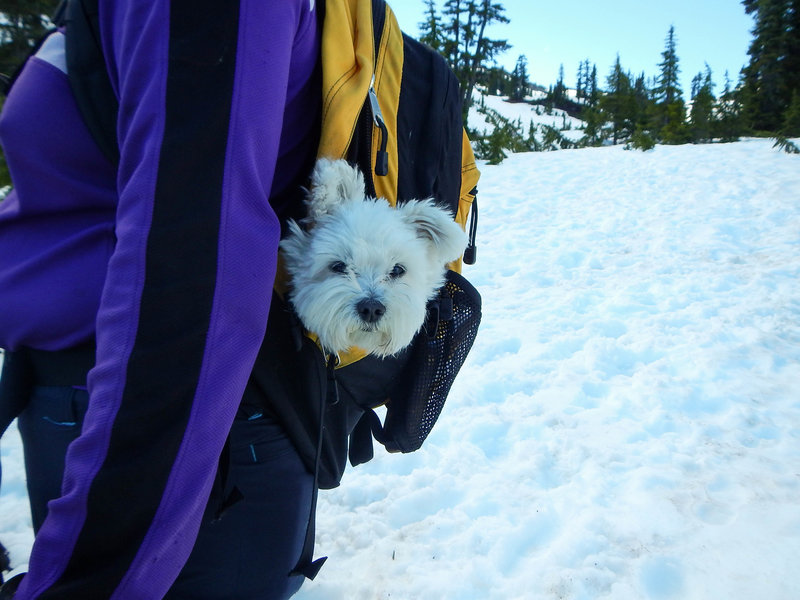 Medical Emergency, Roland’s Story  I’ve seen a few medical problems, but never one quite like this. Our patient had a lot of mosquito bites. We all did. She mentioned having had allergic reactions to bug bites in the past. Things were starting to swell up, which is a not-uncommon reaction to bug bites. She decided that we were abandoning her and she was miles from help, so she took her one single antihistamine tablet and called 911 and soon we were trying to describe where on the complex network of logging roads the ambulance should meet us. So, we drive the Jeep back through all the road washouts, and down by the highway we find a nice big ambulance waiting for us. The ambulance attendants look over the patient and say she should buy some more antihistamines. So we drive into Whistler, buy some more antihistamines, then rejoin the wood hauling people. Our patient caught her ride home Saturday evening, as she had planned.

So, what can we learn from this? If you expect you might need medicine, bring enough. Once you have called 911 and they dispatch an ambulance, you had better cooperate and do what they say; you are no longer expected to provide diagnostic or other advice. Ambulance attendants don’t get upset if your emergency doesn’t appear to be serious. For them, this is much nicer than scraping road kill off the highway.

What did we accomplish with the firewood? We got a lot of VOC people up to the Brew hut. Our huts have seen a lot of use over the past year, but the users were mostly not VOC Members. Sure, the general public appreciates and enjoys our huts, and leaves money when they use them, but it’s nice to see VOC using them as well. We did haul a pile of firewood and we found other firewood up there now that the snow has somewhat melted. I think we mostly had fun, of various types. Ross “fixed” the outhouse so now there’s room for at least another year of poop.

Suggestions for Next Time Mosquito repellent or bug net was extremely popular, as was sunscreen lotion, hat with a brim, and dark glasses. And snacks. Bring lots of ropes for tying stuff to the sleds, if you are using sleds, or frame packs. There is no additional virtue associated with carrying half a ton of firewood for five kilometers, if you can cut firewood only one kilometer from the hut and carry it only one kilometer, so maybe we should do that next time. VOC people like to do crazy things, especially if they are actually possible. If you want to go swimming in Brew Lake, you might want to wait until the ice is mostly melted. Or not. 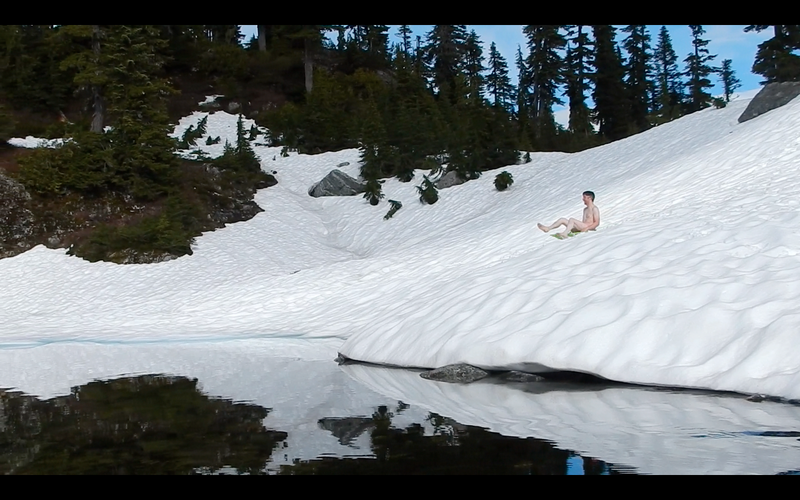 Final word from Ross: First, my sincerest thanks to all who came out over the weekend. You were all worked ragged, there’s no way anyone could have expected more of you. I’m sure we all slept well last night, I know I did!

We were also successful. We didn’t get all the wood up to the hut but the objective was to get half a tonne up there, and while our weighing and recording didn’t go exactly to plan the average weight of a log was certainly north of 10 Kg and we got close to 50 logs up there, so we achieved our goal. We replaced a helicopter! We also got 200 – 300 Kg of wood up to the lake that will hopefully find its way along to the hut before winter rolls in. And of course the outhouse is now empty and the poo barrel installed. If that’s not a productive trip I don’t know what is. 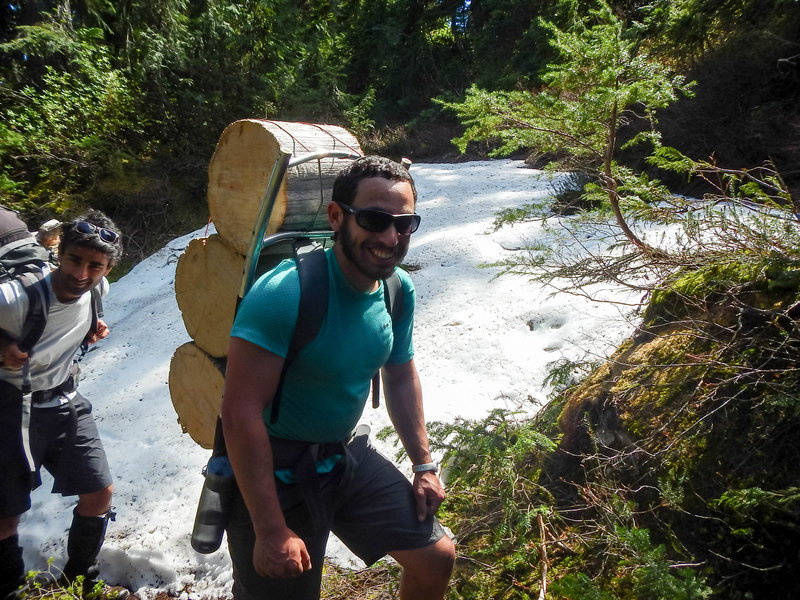