After a few days off from our Dolomites adventure, Jake and I spent a day in the beautiful capital of Slovenia, Ljubliana, before heading to Triglav National Park on July 15, 2017. This was truly one of the greenest and most beautiful European cities I have ever seen and I would highly recommend it!

We wanted to start our first day with a day hike to get a sense of the temperature changes with elevation and the conditions up high. For example, we were uncertain if there would still be snow that would require our ice axes. We chose a ridge traverse, which began at the Vogel Gondola and went to Crna Prst, and then down to the village below. This hike was not technically difficult, but was a long day of ~12 hours of hiking. This area is known to be a botanic paradise, and I could see why as we passed so many interesting looking flowering species! When on the summit of Rodica (1966 m), you can also see the the Adriatic Sea and Venice to the southwest. Along the entire ridge, you could see Triglav across the valley and all the surrounding mountains to the north. We also discovered that it remained very hot even at higher elevations, and to not expect much of a temperature drop. Additionally, there was surely no snow.

The forecast suggested that we only had a few good weather days ahead of us before a week of rain and thunderstorms, so we embarked on our journey up to Triglav earlier than planned.  We packed our bags the same way we did for the Sorapiss Circuit in Italy, but doubled our water-holding capacity so as to avoid the bad situation we had found ourselves in previously. We decided to take the Seven Lakes approach, which is one of the longer, least technical, but more scenic approaches up to Triglav. The beauty was well worth it! So many beautiful lakes and flower meadows.

We had the option of two different routes: the route to the right (southern-more route) was 100% hiking, and the route to the left (northern-more route) would bring us to a “more serious, but easy, via ferrata for the true adventurer”. We did not bring our via ferrata gear, but decided to take our chances on the more technical route. We passed many more lakes and then made it to the next refuge. It was getting late and we had another few hours of crossing the via ferrata section ahead of us. We knew that the next day would be way too long of a day if we did not push on, so we did despite our exhaustion. We scrambled up a vegetation slope, following the faint paint markings indicating a trail and reached a ridge to reveal our upcoming path: a series of narrow (1-2 m wide) ledges alongside the mountain with sheer 1500 m drops below. I was a little panicked because we would be doing this without any actual via ferrata gear, but we pushed on. We were well rewarded! Despite having no room for error, the surface our feet walked along was extremely stable and flat, and the via ferrata cable could be used as a railing at the most exposed sections. We finished the traverse after a few hours, and then hiked up the switchbacks to the next refuge which was situated below the final slog to Triglav.  We were pretty exhausted after an 11 hour day, but still had enough water to last us at least until we reached the first refuge once descending the summit of Triglav. Because we are cheap and did not want to pay for the refuge, we stayed 30 m away from the refuge, down slope in some old ruins. We set our bivys up, tried to be really quiet so as not to be discovered and hunkered down for the night….

To read the full trip report, check out my blog here… 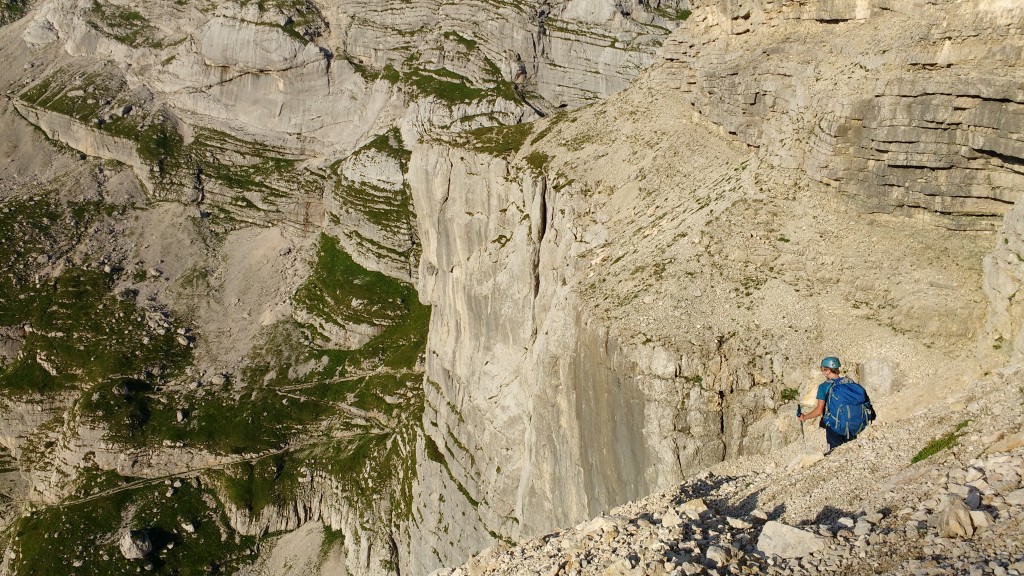 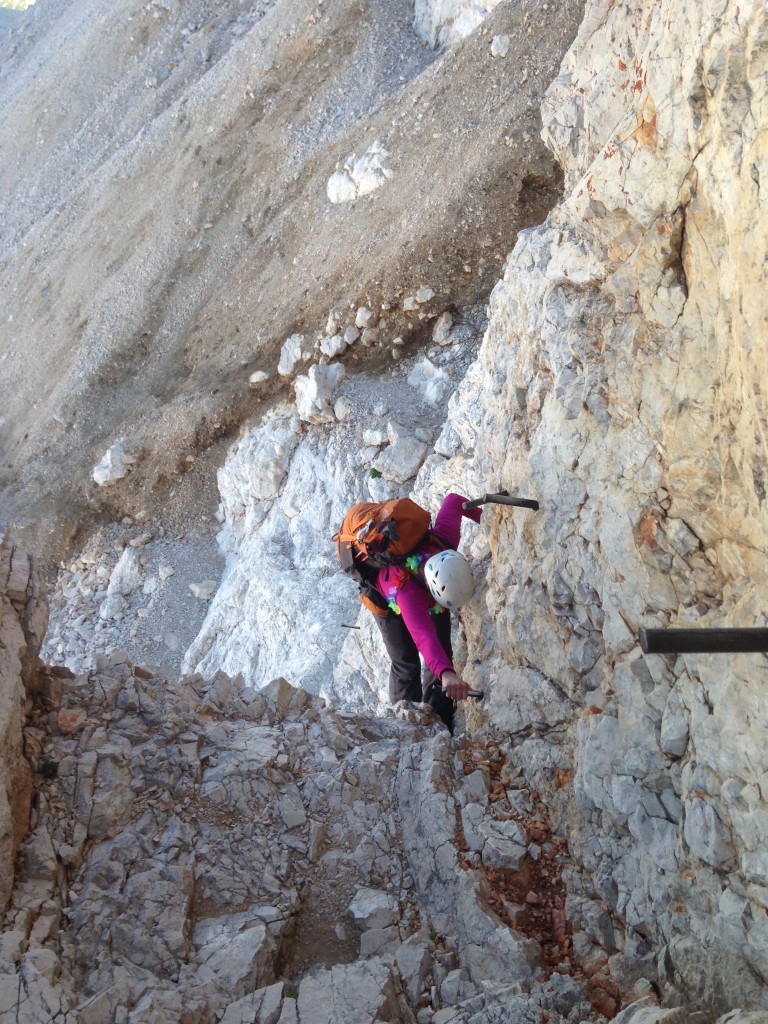