I hadn’t been to our Brew Hut for a while and it seemed that nobody else in VOC had been up recently. Having mostly built it I was curious to see how it was doing. I couldn’t find a carload of VOCers who wanted to go up, but fortunately Carla and Dave were OK, providing we didn’t have to carry heavy overnight stuff. So we had a one-carload day trip. Every time I go up there I wonder if it’s going to be my last time; I’m getting pretty old to do this.

We left Vancouver at 6:30am, avoided a lot of traffic, and had breakfast at MacDonald’s in Squamish. The Brew road had been mostly improved, except that many deep cross ditches (water bars) had been dug between 8 km and the 9.5 km trail head. We drove through half of these and stopped when we figured this might wreck the Jeep. Adding 1.5 km of logging road to the trail is not a biggie. After a suitable amount of faffing we were walking by 9:30am. 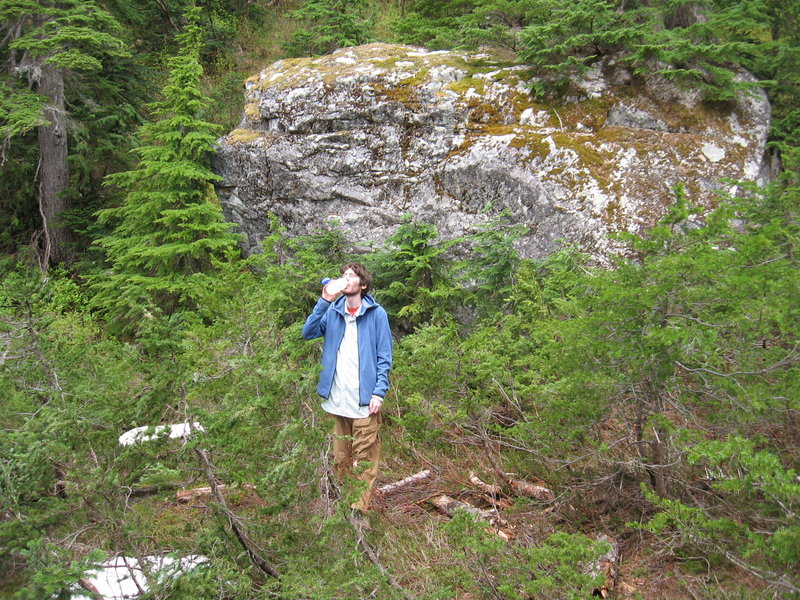 The Seasonal Rock did not have snow on it, so we knew it was summer. 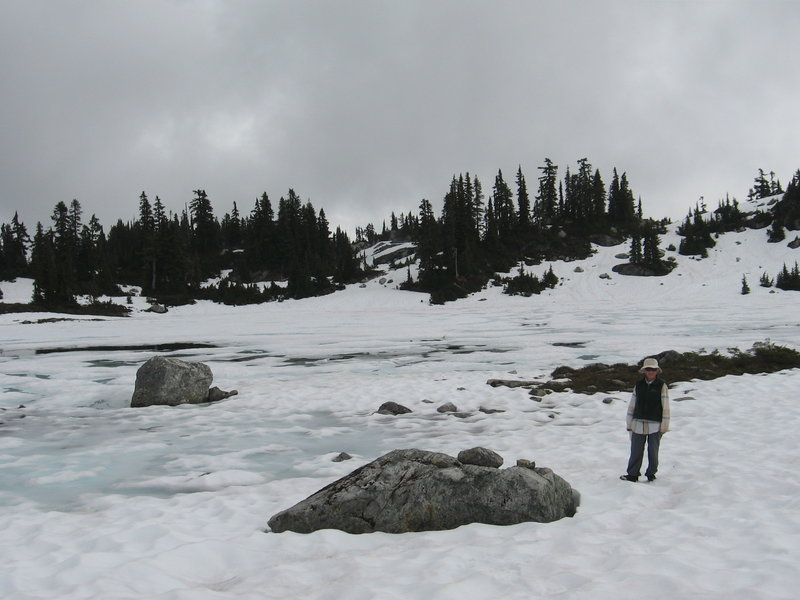 Lots of snow above the lake. Skinny dipping was not recommended.

We found that six people and a dog had spent the night at the hut and they were very pleased with it. Four had micro-spikes. Two wanted to know if they could join VOC because any club that can make such nice huts surely should be joined.

When we got to the hut, around 1pm, I felt that a nap was in order but we had stuff to do* and Carla wanted to start back, so we didn’t waste a lot of time up there. One of the disadvantages of day trips, it’s hard to fit in a nap. 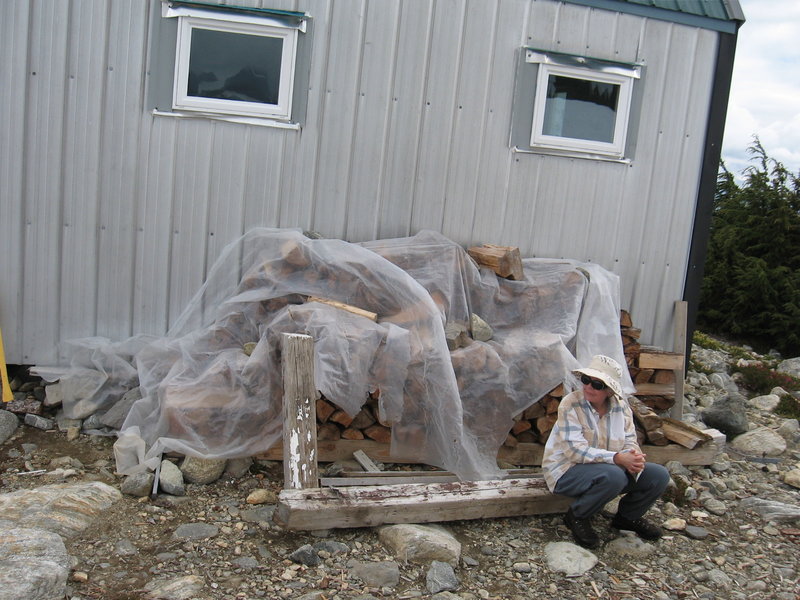 Firewood wasn’t all used up.

On the way back I was being noisy as usual to scare away the bears, and we encountered, not bears, but Sam Viviant (Alaska Sam) in some of the skimpiest running shoes I have ever seen. He asked about the snow and he told us there were two others in his party, behind him. They were a long way behind him.

Conclusions: Got lots of exercise. Boots are better than running shoes. Only wimps use microspikes.

* If you want to know what we found up there, just ask. I won’t bore the rest of you with details.