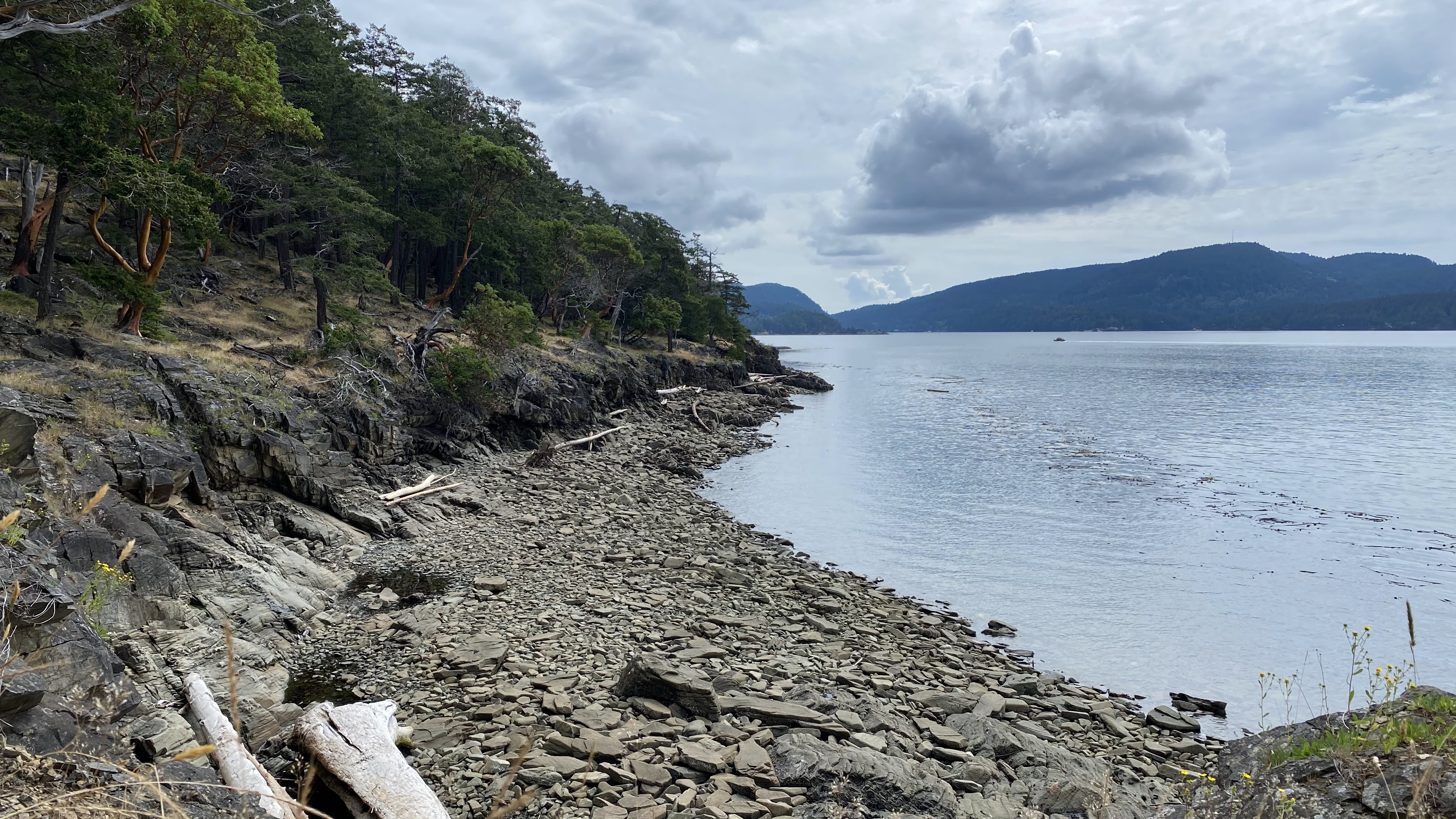 After having gone almost five years without having biked outside of BC’s mainland, I was more than ready to join Sasha Soda and five others on a biking trip at Mayne Island. Thankfully, with the summer rollout of Vancouver’s bike busses, which can carry up to nine bikes at once, getting our bikes to the Tswwassen ferry terminal was easier than anticipated. Our goal was to bike a rough loop of Mayne island (approximately 20 km), while also checking out the main tourist attractions there. Using a map we obtained for free in the 10:50am ferry, we set out to our first destination- the Japanese gardens. 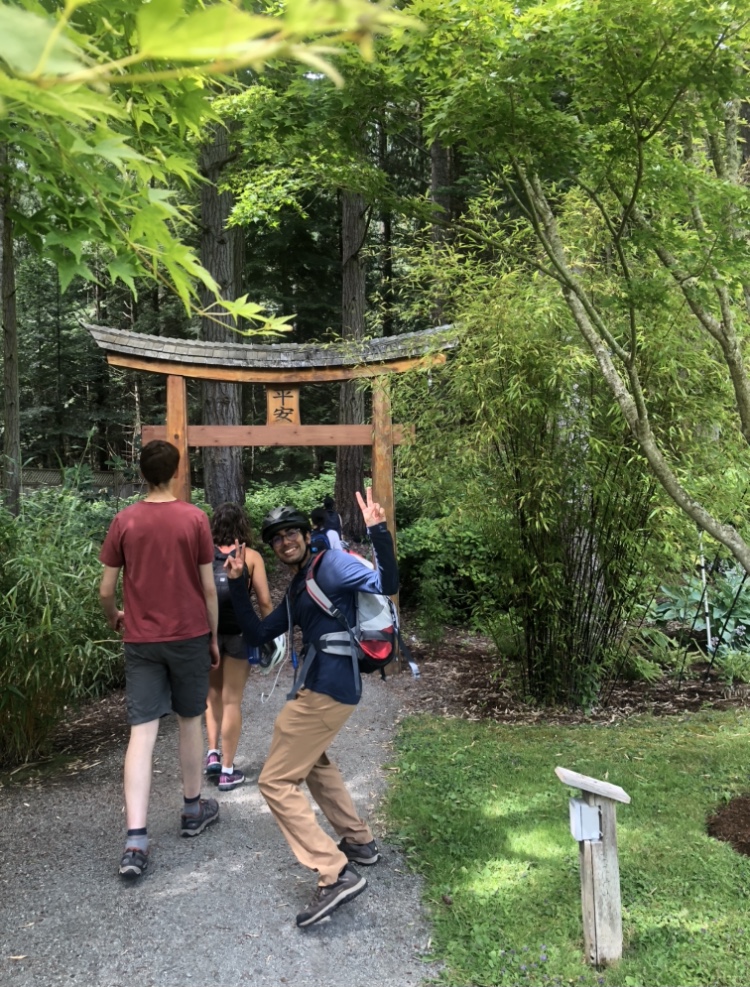 After doing some light trail running on a hiking path by the water, we found a beach that wasn’t too rocky where we took a dip in the salt water to cool off. Not long after, one of our members hit a flat tire despite all our biking being on paved roads. Thankfully, being well stocked with inner tubes and tire levers, we fixed the flat fairly easily. 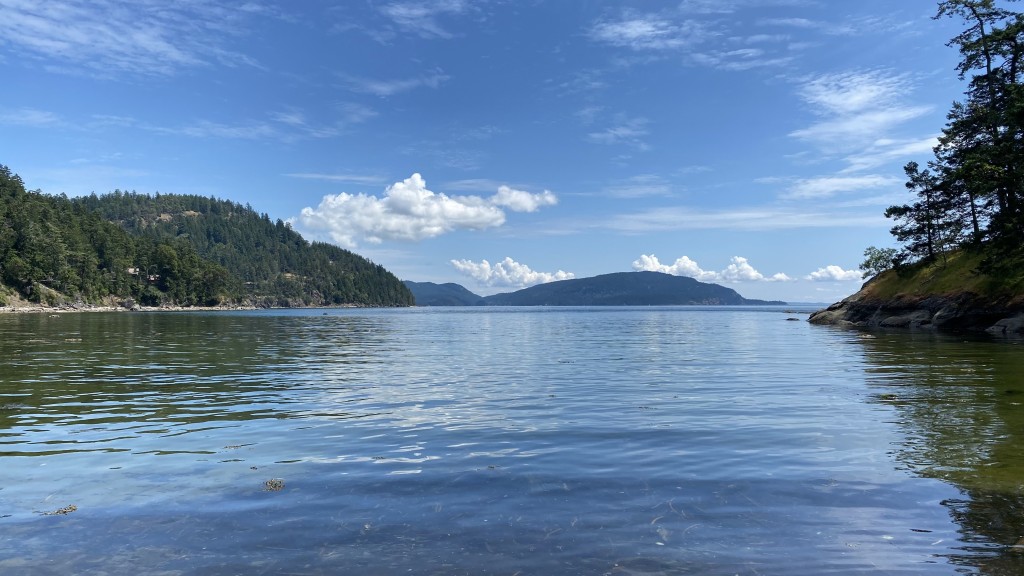 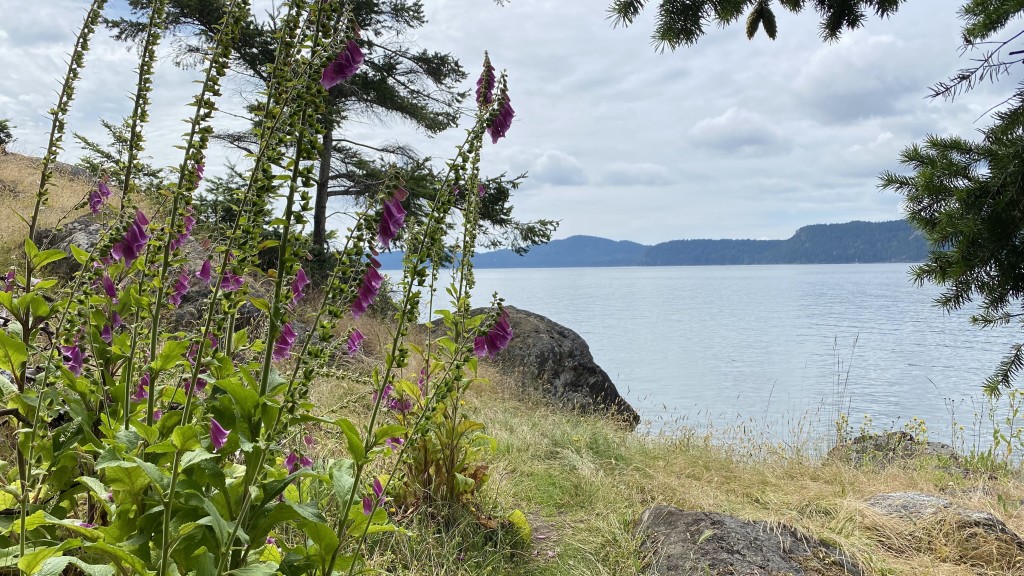 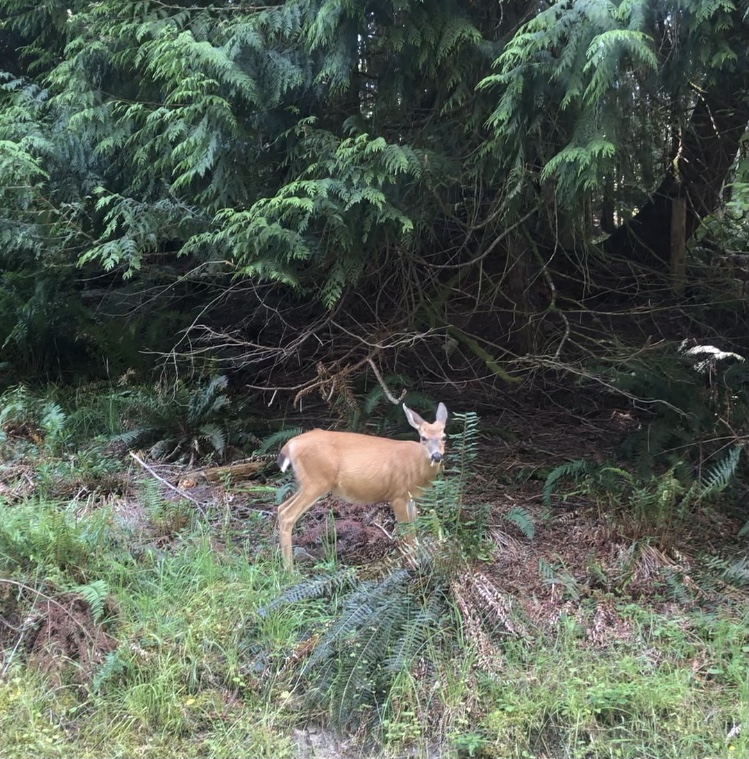 We spotted at least six deer at the island 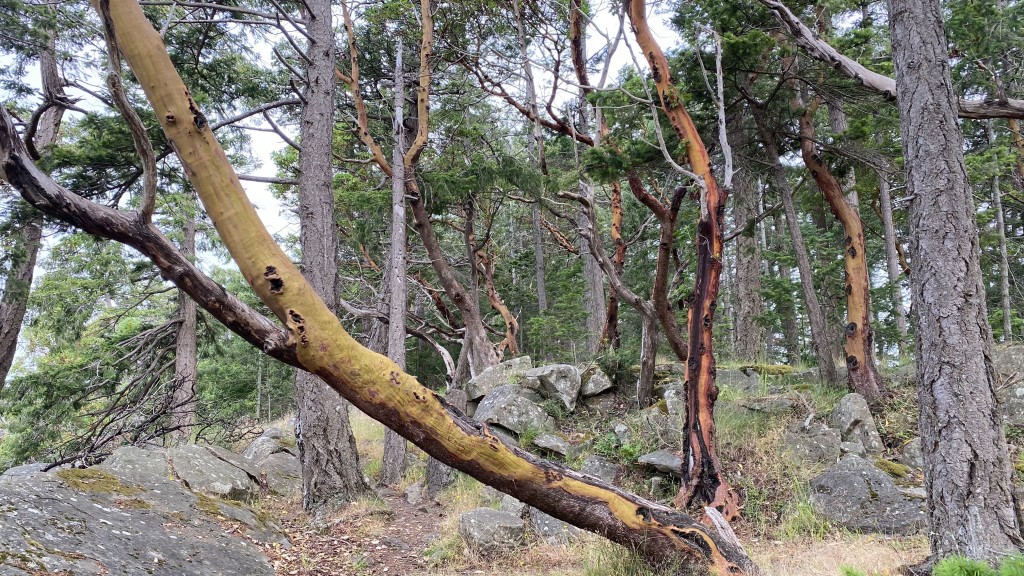 After having stopped at multiple bays and powering through some intense hills, we were all famished and ready to chow down. About a 20 minute bike ride from the ferry, there were a few places for food. However, interestingly enough, there was an excessively long wait time for food and one place was even completely sold out. In favour of making sure we did not have to end up having to do an impromptu overnight trip, we decided that we’d buy food on board instead. Thankfully, we at least got to view a beautiful sunset as we were waiting at the ferry terminal. 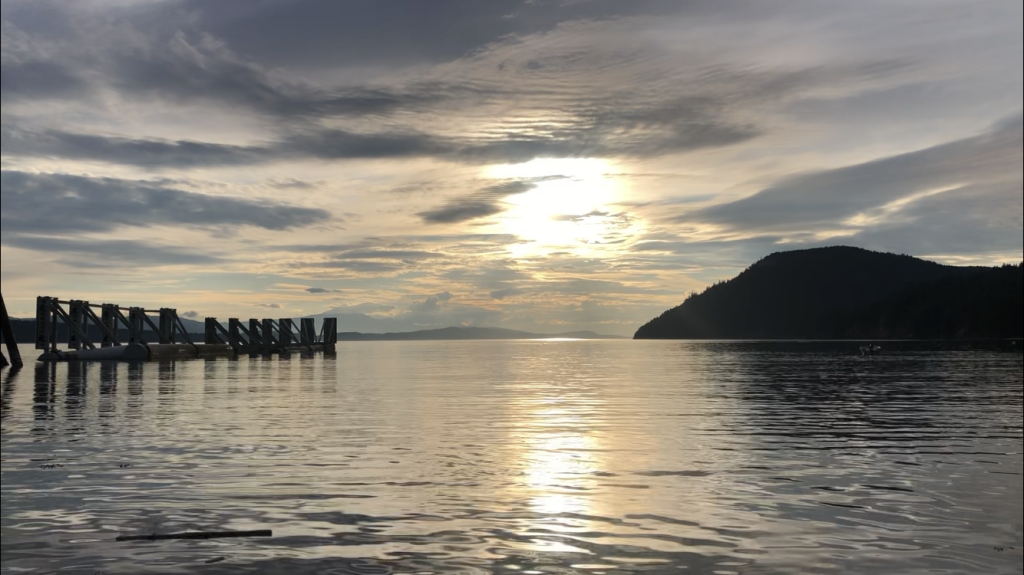 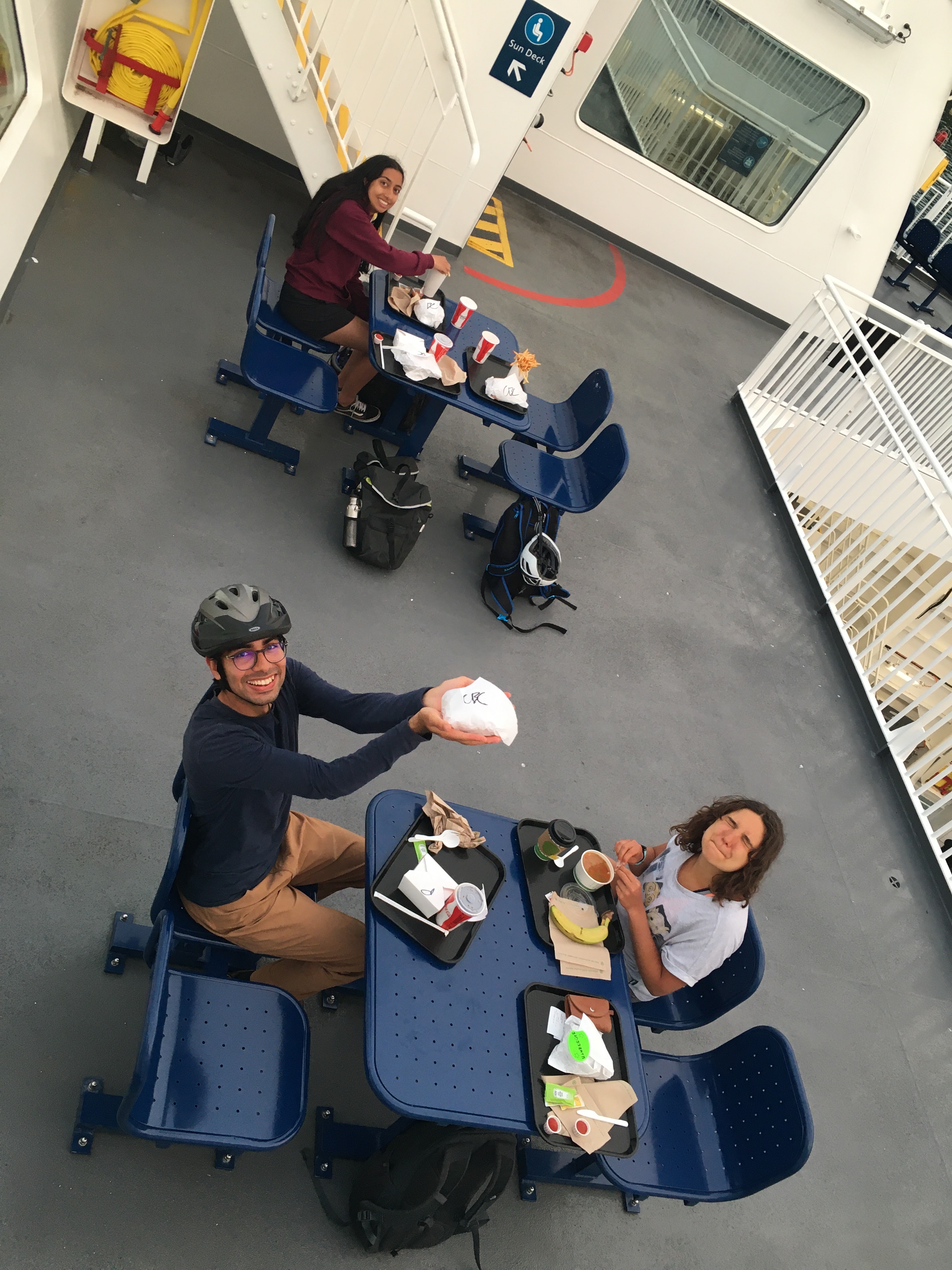 Having arrived back home in Vancouver at around 11:30 pm, we were all more than ready to get some well earned rest. While Mayne Island is definitely doable as a day trip, in the future I’d definitely consider going on an overnight bikepacking trip to allow for more time to explore and less hassle with ferries. Nonetheless, Mayne Island was an excellent getaway from the mainland!