Note: the recommended access to Dionisio Park is via foreshore or by water, the land owners request that people respect the road closure.

Co-authored by Caroline and Spencer

Ski touring is fun, but traverses, especially those involving days of whiteout glacier travel can be somewhat stressful (for me anyway, I guess I’m a softie). Last year, Spencer and I did just that in the days between the last exam, and my flight out of Vancouver, which made for some fun but rather stressful times. This year, we chose to kick back and bike the Gulf Islands.

Neither of us had actually bicycled for the sake of bike-touring, so this was something new. I guess it’s no surprise that riding your bicycle in the sun, on quiet forest roads for less than 50km a day, and having lunch on deserted beaches, is really relaxing.

Anyhoo, I guess the purpose of trip reports is to share information and generate a whee bit of stoke. So here’s what we did:

Day 1: We rode our bicycles, loaded with some basic camping supplies and bicycle repair kit, to Bridgeport station. From there we took a bus to the Tswwassen ferry terminal, to minimize chances of things going wrong and missing the last ferry of the day. (It is possible to ride your bike all the way to the terminal. We’ve done this before and thought it was a kind of a pain thanks to the Massey tunnel)

We took the evening ferry to Sturdies Bay on Galiano island, and after a short bike ride arrived at Montague Harbour where we camped for the night. We went down to the docks where there was one boat moored to it, belonging to a guy who’d sailed from Squamish. The bioluminescence was real bright that night. If you don’t know what that is, you should find out. Stick your hand/stick in the water at night and swirl it around.

There is one grocery store on Galiano island (that we know of anyway), at the intersection of Porlier Pass road and Georgeson Bay road. We backtracked a bit in the morning to pick up some food, checked out some tide pools at Montague harbour, then biked on to Dioniso point. 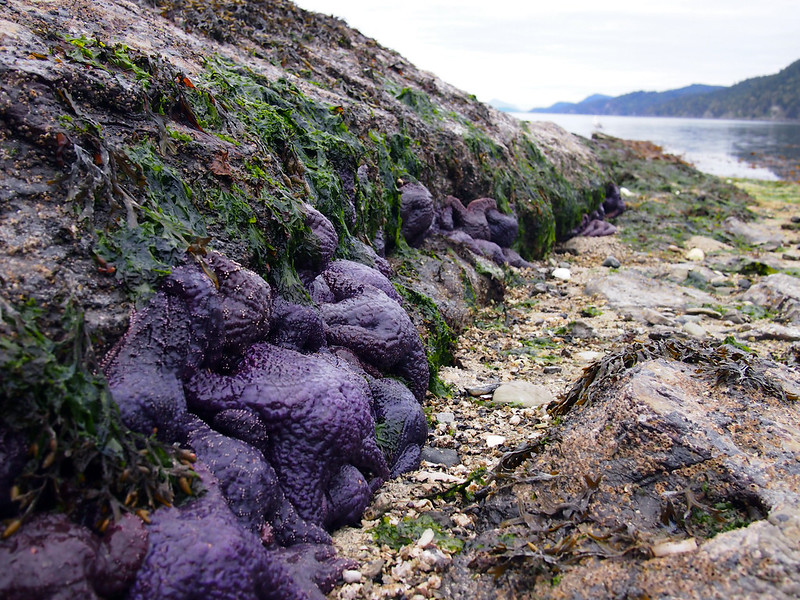 Note on Dionisio Point Prov Park: BC Parks website will tell you that it’s marine-access only. That’s not technically true, because there’s a paved road going all the way to a parking lot. When I was first looking into it, I felt hesitant about using the road because I thought maybe it was for conservation purposes-but it’s not. Turns out that it has to do with “land owners” (and a minority of the group, too) who got their feelings hurt when they couldn’t build their retirement homes with private beaches there. If you want to read about it, you can find it here: http://bivouac.com/DsxPg.asp?DsxId=3840

So-go there.  It’s beautiful, and the otters put on a good show.  Plus there’s some bouldering on cool sea-side sandstone.

To get there, follow NW along Porlier Pass road, and turn right onto Vineyard way. Turn left onto Bodega Beach road, and keep following it all the way to the park. Along the beach road, there are two access points down to Bodega beach. It’s a nice side trip down to a nice rocky beach with a view of the Tantalus Range and all the way to Baker and Shuksan. 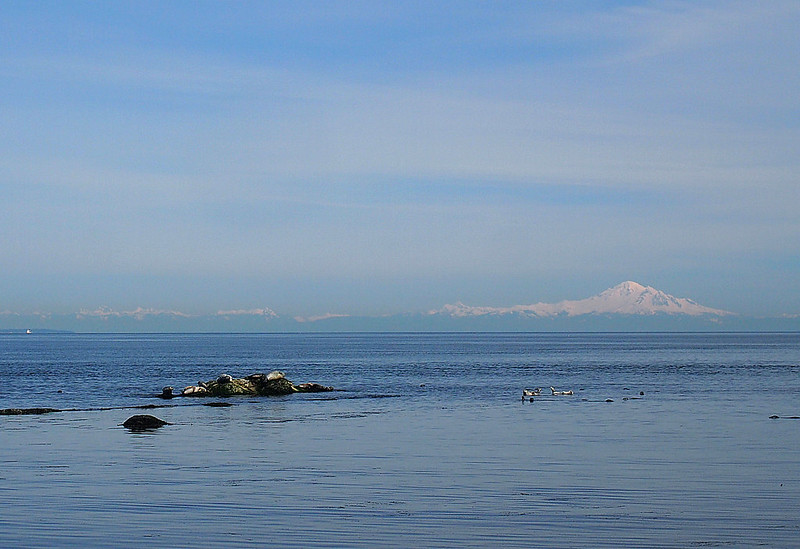 Some bouldering at Dionisio point

Don’t mind the gates that start popping up along Bodega Beach road; they’re no issue with bicycles. The road is getting a little overgrown now, but it’s clear for the most part. 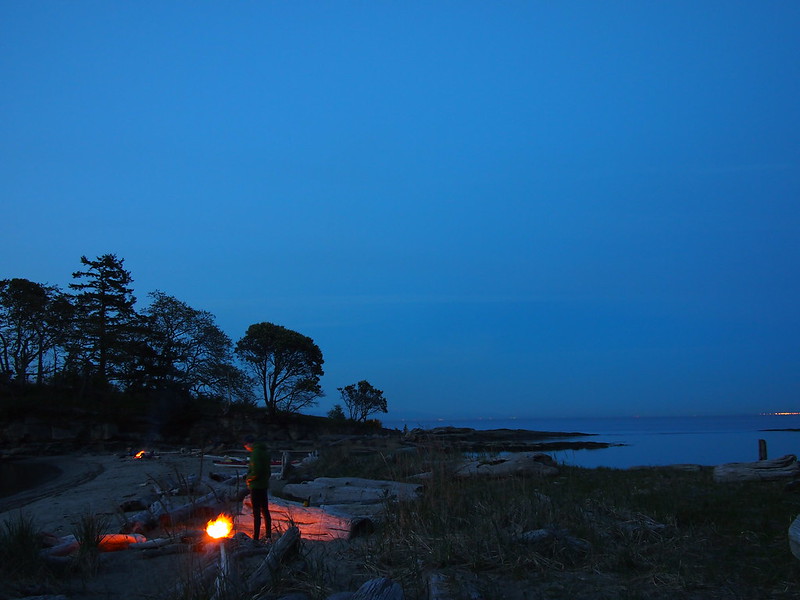 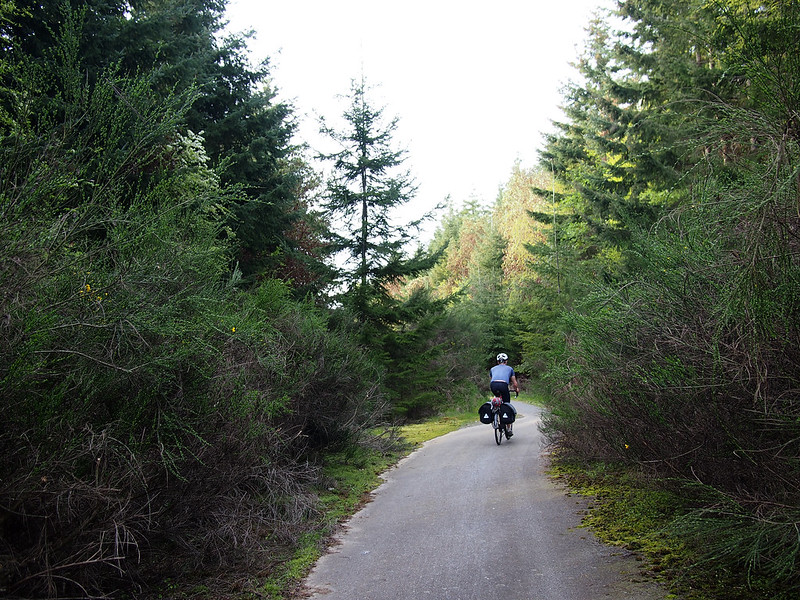 Road out of Dionisio Pt

Day 3: We woke up to sunrise, took in the scenery, and biked back to the ferry. 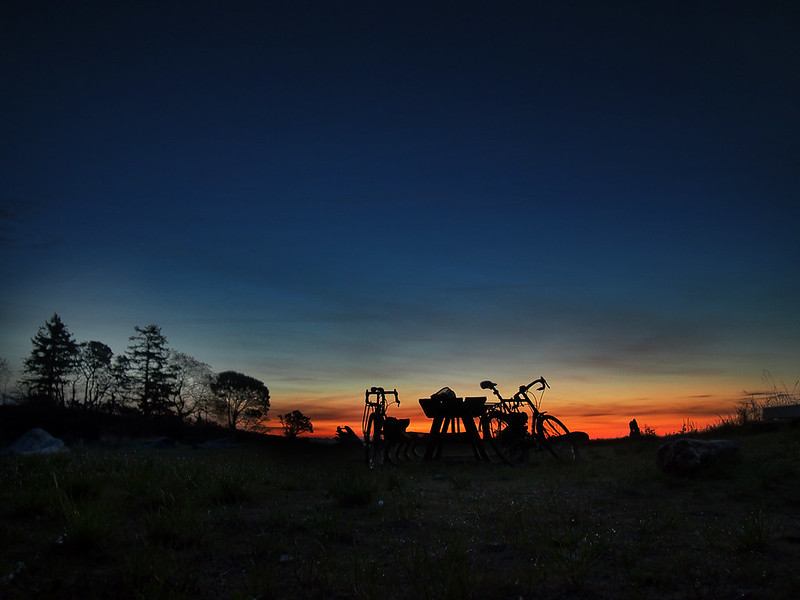 This time we rode it to Salt Spring.  The island was actually pretty busy in comparison to Galiano, especially after the ferry docks.  We biked to Ruckle Park and had our third ocean-view campsite.  There’s a nice ocean-side trail to the north if you’d like a short hike. 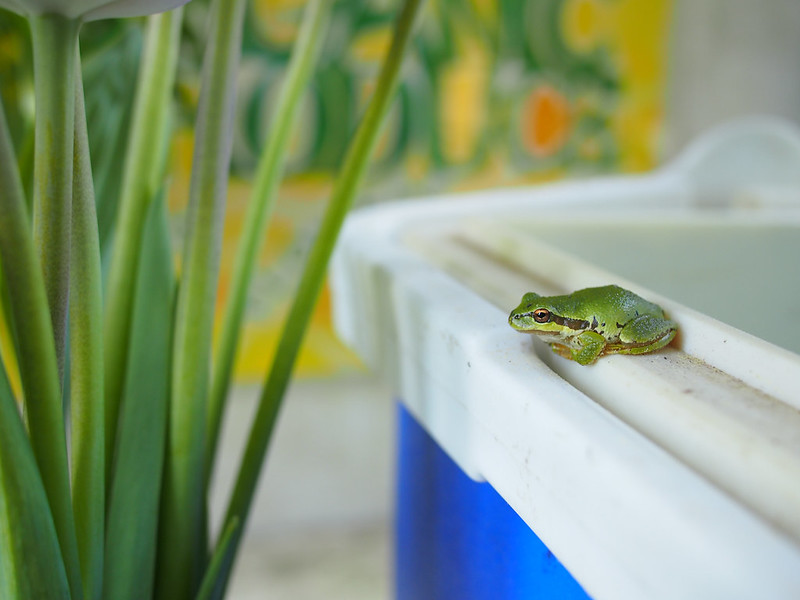 Little guy we found on a farm stand

On Salt Spring, there are a number of roadside farm stands that sell eggs and produce. There is also a goat cheese farm, run by really nice folks-the cheese is fresh and delish, and there are free samples. On the way back to the ferry we picked up some of the cheese and eggs for our parents/neighbours then biked back at a leisurely pace to the ferry back to Vancouver.

2 Responses to Bicycling on Galiano and Salt Spring Islands