I didn’t write this TR, it was prepared by Ben Heaps, but I don’t know how to get the computer to say that.

This epic began with a bad mountain weather forecast, involving thunderstorms. Accepting the risks, the trip was planned, as the Alcoholic traverse is epic. The forecast called for storms but for only Saturday and Sunday in the afternoon, to be specific.

Some alcoholics (people who do the traverse are called alcoholics) with obligations to be in Vancouver Sunday night, and/or working Friday made car shuttling interesting. After the Traverse, four alcoholics walked all the way to highway 99 from the Brew trail head and two alcoholic drivers had to walk up the logging road to the brandywine 4wd parking area as the only car left at the brew side was a 2wd vehicle. For those that don’t know, the Alcoholic Traverse starts at Brandywine and finishes at Brew.  Here’s our camp at Brandywine Meadows. 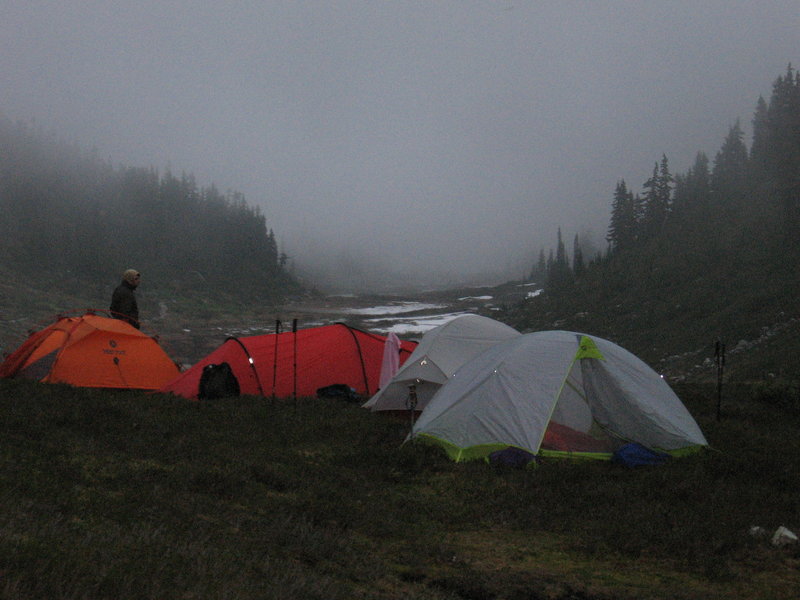 Group one left camp around 6:30AM from Brandywine Meadows Saturday morning, the fog followed us to the ridge where the panorama included a few peaks above a cloud layer. 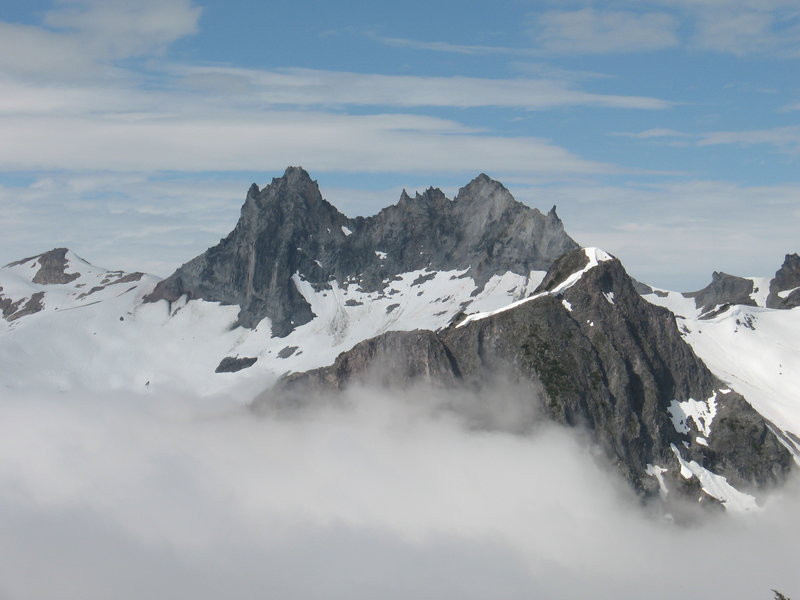 Group two began at 9 AM from the snowmobiler’s hut; being fast footed they caught up to group one around 2pm. We originally planned to camp at the Brandywine-Fee col, but it was full of snow. Ben recalled a camping area further along the traverse. We sidehilled around the west side of Mt. Fee and found the excellent campsite around 4pm. 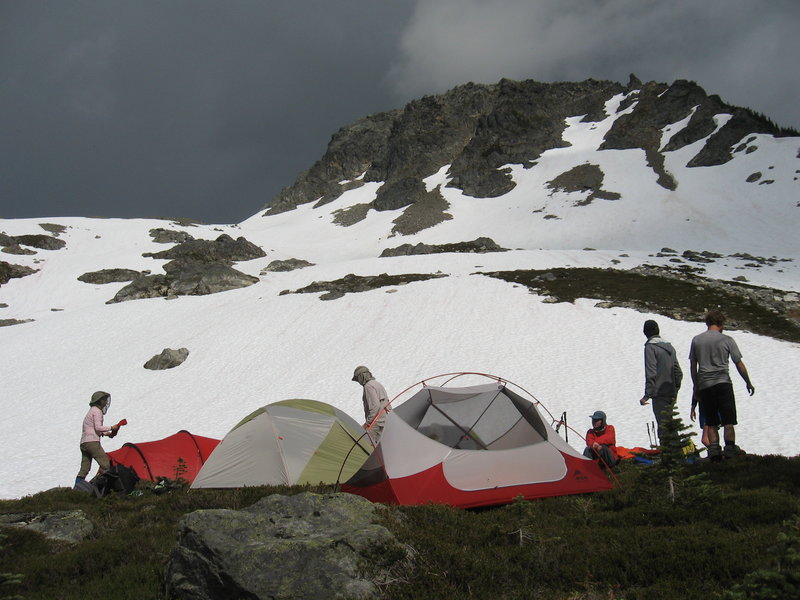 There was talk of going on to a lake and swimming, but fortunately we didn’t because it was still frozen. 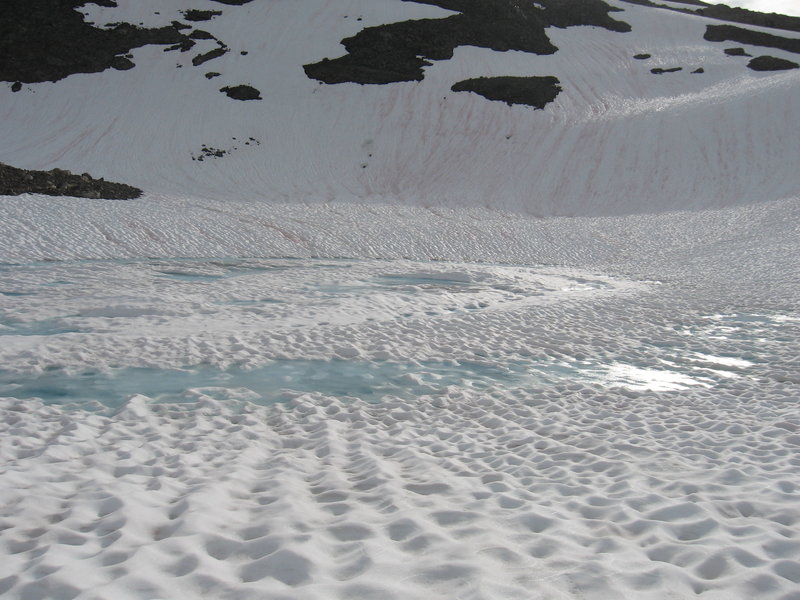 Around 6pm it rained for about 20 minutes but that was it for the night.

Sunday started around 7:15AM. We proceeded around the west -> southwest side of Fee to a ridge and we continued south along another ridge. There were two exposed cracks that scared the living daylights out of some of us. The weather was clear with some clouds in the sky – but clear enough to get scorched.

The next part of the alcoholic traverse took us east towards Brew hut through a series of ups and downs including Keg Mountain and Hops Mountain – hence the name Alcoholic traverse; don’t forget we started at Brandywine. Some alcoholics made it to Brew hut around 3pm (estimated).

An excellent trip! Highly recommended in my opinion.