Quest for the Golden Larches

On the chilly morning of 29th September 2018, a group consisting of professors, VOC veterans, UBC alumni, and students converged at EC Manning Park, in search of the famous Golden Larches. These larches look like typical conifers but shed their leaves in fall.

The plan was to set up camp at Frosty Creek (1850m) before heading up to Frosty Mountain (2408m), bypassing the meadows where the Golden Larches would be in full glory.

The sky was overcast throughout the day but we were fortunate that the cloud ceiling remained high above the peaks. On the hike up to Frosty Creek, it began to snow lightly. I loved it.

After setting up camp, we continued towards Frosty Mountain. We turned a corner and before us were rows and rows of larches. Their fine, golden leaves scattered light as if they were translucent. The warm hues made it feel like the sun was setting, but it was merely midday. Contrasted against the other dark green conifers, the yellow glow was a sight to behold. 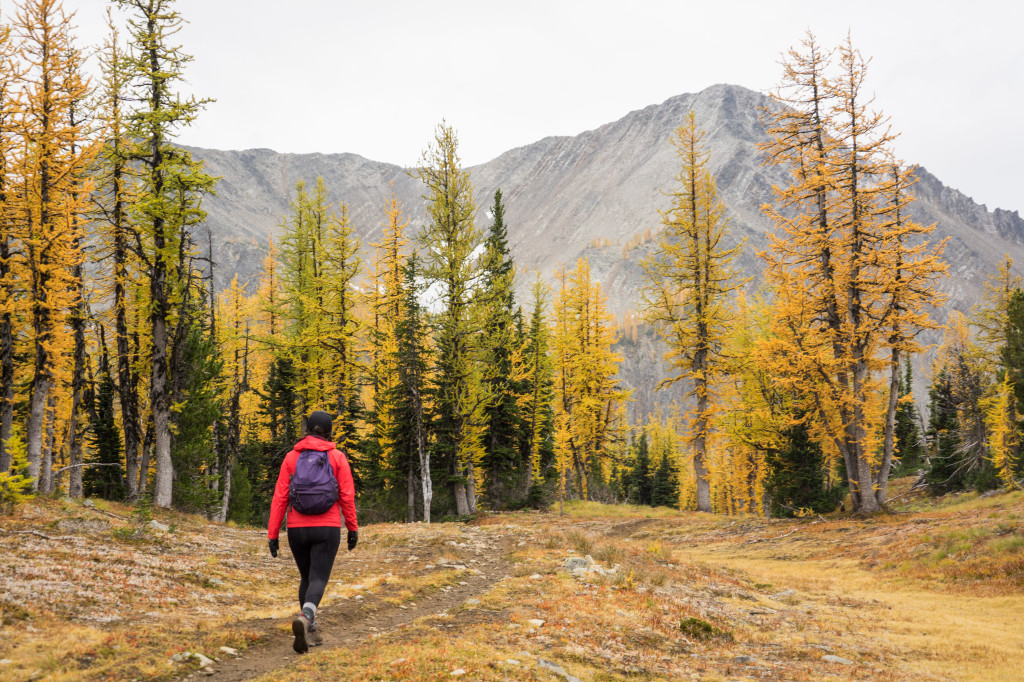 Laura crossing the meadows of golden larches on the way to Frosty Mountain. Photo by @changcj_ on Instagram.

Having fulfilled our primary mission, the subsequent ascent up to the peak, across the rocky ridgeline, was just a pleasant bonus. Until the fog rolled in, it offered views of the layers of mountains in all directions, alpine lakes, and a bird’s eye view of the meadows of larches. 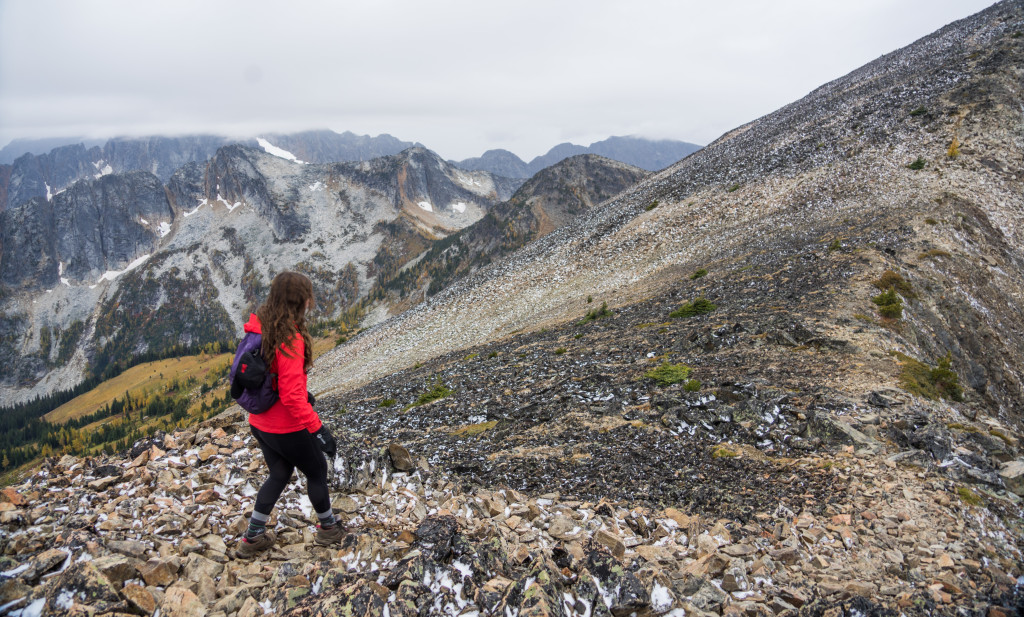 Back at the campsite, it began to snow. The temperature was just below freezing. We warmed ourselves over cups of hot tea boiled with our gas stoves. I could only watch in envy as others cooked curry, rice, and noodles while I chewed on my rock hard bagel. Outdoor cuisine is a huge part of the camping experience, I only then realised.

By night, our tents were blanketed by a thin layer of snow. It was about -3 degrees. I was so glad I had invested in a sleeping bag rated for -9 degrees just the day before. The night was super cozy. Invest in good equipment. 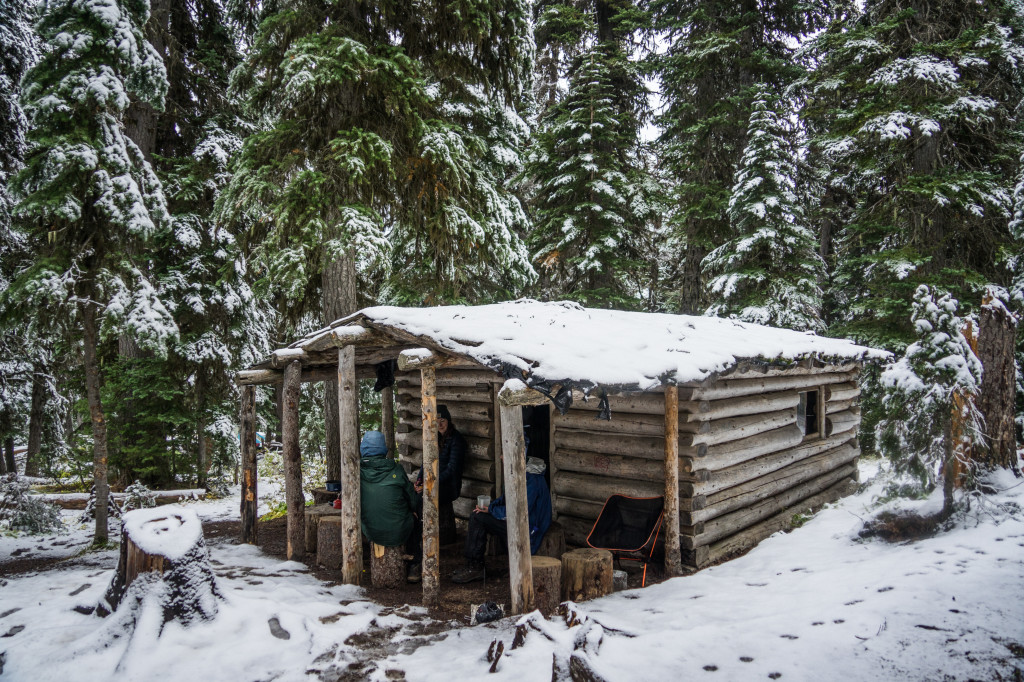 We woke up the next day to the gentle patter of flurries on our tent. The snow had changed the landscape and everything looked different. Drinking coffee at the shelter, a fellow campers doggo approached and dropped a branch at my feet, looking at me yearningly. A short game of fetch followed. I want a dog so much.

Before we left, we headed up to the meadows of Golden Larches once again. It was still beautiful with the snow but I preferred yesterday’s dry scene as the gold larches had stood out more against the dark green trees. 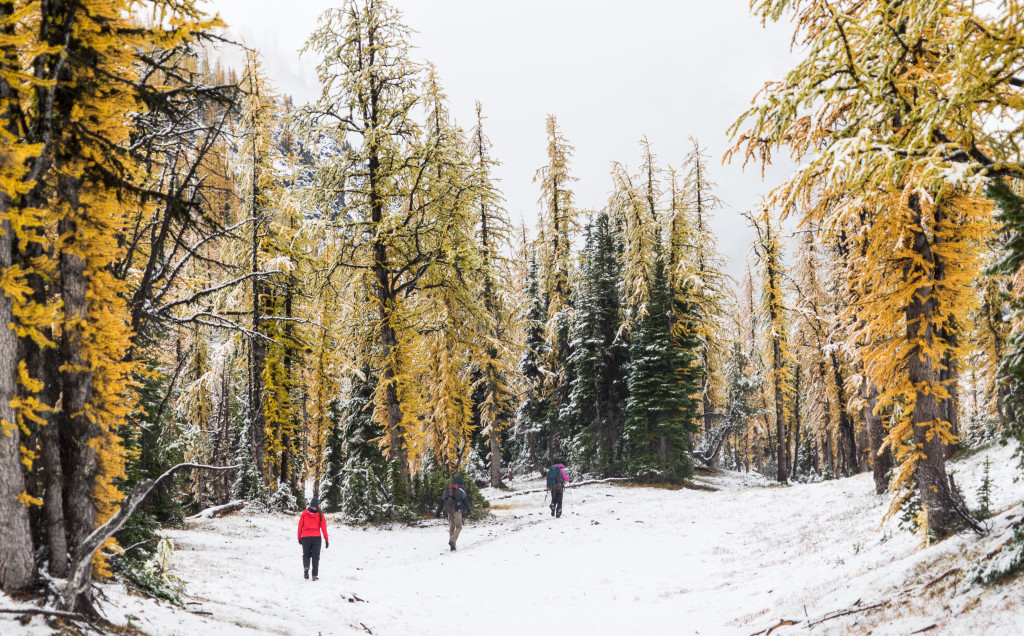 The Golden Larches, this time sprinkled with snow. Photo by @changcj_ on Instagram.

Finally, we bade each other farewell and headed back home.

4 Responses to Quest for the Golden Larches