After last weekend’s Zum Peak Fiasco, a return to the Coquihalla seemed necessary. Not going back would basically be admitting defeat to the weather gods right?

The participants converged at my place Saturday morning, loaded into Ben’s car and set off promptly. After a brief stop for coffee, breakfast, and washrooms at Tim’s we found ourselves at the Zopkios Rest Area. We elected to drive up the recently brushed out Ottomite road (4WD-HC needed) for a few hundered meters. The dedicated driver could get up another kilometer or two if they really wanted. 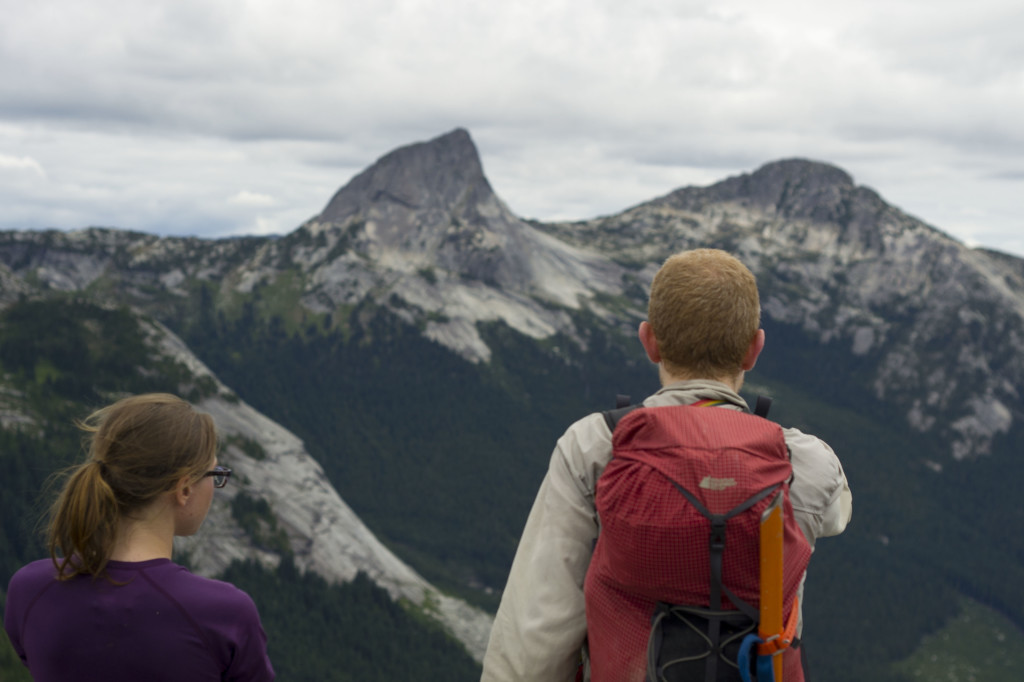 Christian and Liz looking toward Vicuna

After parking, we walked up the Ottomite road until the second switch back. From there we loosely followed a flagged bushwack up the South Ridge of Zupjok. The bush wasn’t too bad, and we quickly found ourselves at the summit. From the summit, views expanded out in all directions. Travel along the ridge between Zupjok, Llama, and Alpaca was very nice with only a slight helping of brush. The descent off of Alpaca toward Bighorn is class 3-4 depending on the route. If you’re unsure, a rope of a hand line would be nice. Beyond Alpaca, the slabs of Bighorn make a worthwhile side trip.

Dropping off the Alpaca-Bighorn ridge gave access to a broad basin NW of Alpaca. By then, it was getting close to four and the heat of the day was making us tired. A quick swim in a tarn helped a lot. After swimming, we had a relaxing dinner. Food ranged from Couscous, instant mashed potatoes, and butter (Christian and Ben) to high in fiber veggie curry (myself and Liz). After eating too much food, we made camp in the meadows nearby. 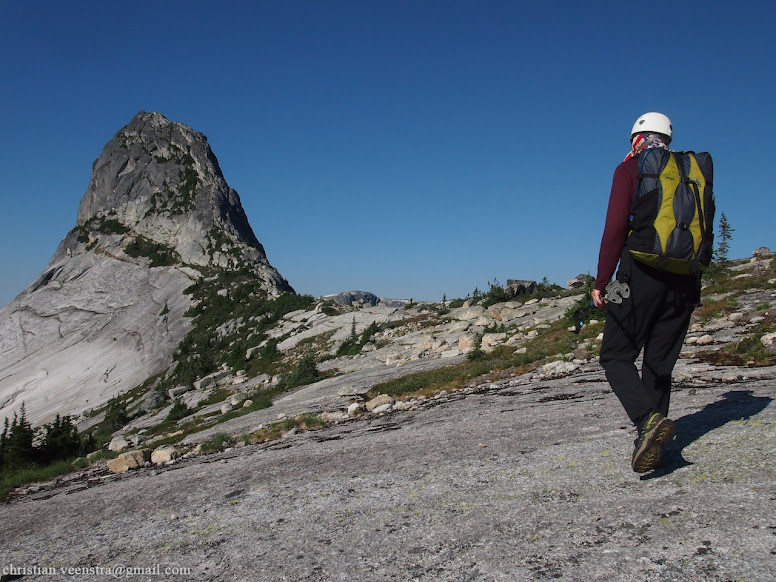 On the way to Vicuna.

Getting up at 5:30 am the next morning, we had a quick breakfast and set of to climb Vicuna and Guanaco. We quickly went up and over the Alpaca-Vicuna col and contoured around to the Guanaco-Vicuna col. Along the way, there was plenty of granite slab walking to be had. It was a interesting change from the usual talus walking that coastal scrambling sometimes involves. Once at the top of the Guanaco-Vicuna Col, we quickly padded up Vicuna. Its 4th class, but a permanent hand line makes for easy going. At the top, the views are excellent. The granite peaks of the Anderson River Group are specular and further away, Baker, Robbie Reid, and the Judge can be seen. Christian and Ben then went up Guanaco while the rest of us lounged in the shade and drank water. 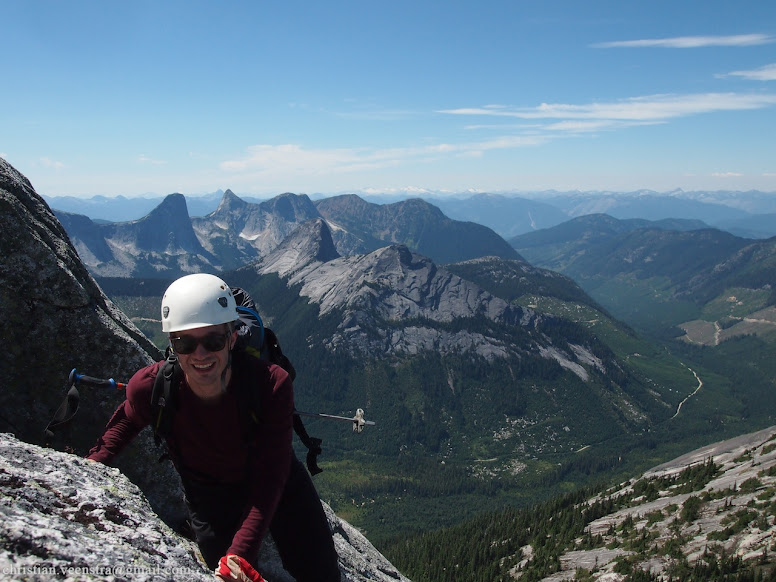 Done with the side trips, we went back to camp and packed up. Retracing our steps, we were back at the camp, went swimming and were back at the car by 6ish. Bad traffic on the highway caused a stop at Friendly Mike’s Pub in Chilliwack for dinner. It turns out that Sunday night is $5 cheeseburger night.

Overall, I’d highly recommend this area. The brush in minimal and the terrain is fantastic. As mentioned above, the descent north from Alpaca might be a bit spicy for some, but isn’t too bad. For the alpine climbing inclined, it looks like there is potential for numerous routes on the W face of Alpaca and most faces on Vicuna. Map here.