The legendary Iron Chef at Brew Hut started off strong as, although our organiser Joe “Energy Legs” O’Brien told us to expect snowy slushy hiking, we came up to the most beautiful of sunny and mostly dry days. The initial hike involved walking (with extra steps) (pun intended), low degrees of scrambling, low degrees of adorable dog carrying, and high degrees of staring off into the distance to figure out how far ahead Joe was. The day was so dry, in fact, that after an hour of hiking half of us decided to hydrate ourselves via osmosis and jump into the lake halfway up the hill. After some of us redressed ourselves (and the rest mulled in their sweaty jealousy), we carried on hiking and finally got to the hut to start the competition. Before we announce the secret ingredient, let’s meet our judges:

Alastair “Wherefore art thou Romeo” White – can’t rhyme to save his life, but he makes up for it by being extremely attractive to arrows

Swantje “Stale Sourdough” Moehle – is allergic to walnut-laced apples, but her bread is delicious

After introducing the judges, our organiser and speed hiker extraordinaire, Joe “Death by Cashews” O’Brien, introduced the secret ingredient: CASHEWS!! Teams quickly got onto cooking some of the most sexy dishes ever seen (and subsequently dropping half of them onto the floor) and, after 90 minutes of fierce competition, the judges tasted the dishes and elected the Supreme Champions of the Universe.

Here’s a rundown of the teams and dishes:

TEAM BATALI a.k.a. Comeback City a.k.a. Supreme Champions of the Universe 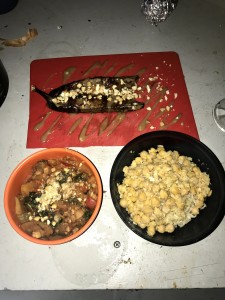 The Meal to End All Meals

Team Batali won the competition!!! with a Chana Masala on top of an absolutely delicious cashew butter-supplemented chickpea/rice combo. Their dessert, a beautifully-presented “elevated” roasted banana split, looked like a Greek trireme but tasted far less hexagonal – it featured a soft melted marshmallow cream over it with crushed cashews, and a chocolate sauce that was probably seasoned with unicorn tears to achieve that level of tasty. Team Batali not only had to deal with the massive initial setback of dropping half their rice and water, but one of their teammates was a last-minute drop-out and was replaced by “Eye of the Tiger” (hence her other nickname, “Second Half”) who expertly joined in with her catering company-fortified abilities. Team Batali surpassed their limits to produce an impressive win from an unfavorable position. However, they did have an unfortunate advantage of having an extra fourth chef in their team. However, that chef, although adorably fluffy, could not reach the table, nor did she have opposable thumbs, so other teams’ complaints fell on dead ears.

TEAM FEENIE a.k.a. Last Minute to Win It a.k.a. High Viewer Ratings 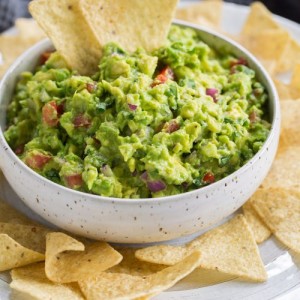 Team Feenie’s main had a mysterious name which I completely forgot, but essentially it was a soft tortilla chip base layer for a vibrant, enticing salsa and the most beautiful and creamy guacamole ever to have graced the Brew Hut (it was delicious too). The combination of the spicy salsa, the soft and gentle guacamole on top of the delicious tortilla chips was absolutely divine and 140% Mexican. (Editor’s note – cultural appropriation was NOT a featured ingredient because Julia is, in fact, from Mexico). It was like getting punched in the face with flavor and gently caressed by it simultaneously. Their dessert, chocolate-ice-cream-turned-hot-chocolate, had judges and fellow competitors on the edge of their seats wondering if they would be able to bring it together, and they did – the spices they added to their dessert beautifully accented the cream and mellowed the bitterness of the chocolate while keeping its richness. Even the most avid chocolate hater would have loved it (but perhaps been too stubborn to admit it – SORRY).

TEAM CHEESECAKE a.k.a. Questionably Racist a.k.a. The Fan Favourites 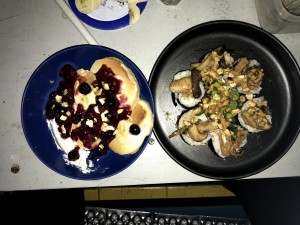 Team Cheesecake ambitiously, boldly, attractively, and proudly served king oyster mushroom teriyaki sushi for their main. Cashew butter was added to the teriyaki sauce for extra richness, allowing the gorgeous oyster mushrooms’ tender umami to burst forth in an explosion of flavor. Avocado and cucumber supplemented the perfectly asymmetric rolls. For a dessert, “Pancake Princess” spearheaded the manufacture of soft, fluffy cashew cream pancakes enhanced by “High-Vis”’s beautiful Triple Berry Compote and crushed cashews. The acidity of the compote really enhanced the mouthfeel or the pancakes, and the combined heat of the compote and pancakes was balanced out by a dollop of cold cream cheese, creating a dish which jolted the judges’ thermal sense to the maximum and left them breathless. 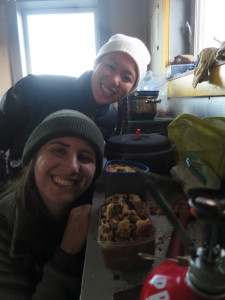 Team Flay Mignon’s main quietly outdid everyone else’s in simplicity and flavour. It featured a lentil stew with a North African/coastal spice profile gently mellowed out and empowered by the cashew butter which left judges and competitors at a loss for words. It also seemed to be unending, for many a spoonful was dolloped onto many a plate and yet, the gift kept on giving. Their dessert, a delicious apple crumble, featured perfection itself as a texture and a divine balance of tartness and sweetness. Because the dark crumble was hidden in the shadows of a deep black pot, perhaps the most-asked question after the judging was “hey, where’s that apple crumble?” Vanishing act aside, all were absolutely devastated when the last luscious crumbs were finally swallowed up by eager competitors.

-THE END- but wait there’s more

After eating everything forever we decided that it would be a good idea to play a game of Mafia. After two hours of fierce debating, emotional catharsis, and gruesome murders, we finally agreed on the rules and started playing. As it turns out, cashews were the secret ingredient not only in the cooking but also in the killing, as many a cashew-related assassination sprouted forth and the contestants whittled down. However, no one who got homicided was too upset about it, for upon stepping outside they were greeted with a stunning starry sky. Halfway through the game, Rachel “Sun’s Out Guns Out” Chew managed to confuse everyone, including herself, by arguing that two separate people simultaneously were and weren’t mafia. Swantje’s Shakespeare card contribution had Alastair rhyming for 30 minutes in a row. As I left the first game way too early, I started trying to provide an acoustic guitar soundtrack to Joe’s murder accounts. This eventually turned into a sing-along featuring music from the Beatles, Neon Trees, and (apparently) Puff the Magic Dragon? To everyone’s disappointment, nobody knew how to sing or play “99 Luftballons” except for Swantje who was outside making romance to nature.

Eventually we all went to sleep in a massive cuddle puddle that involved surprisingly little cuddling. Some of us braved the cold pre-dawn air and got up to watch the sunrise; it was absolutely beautiful and none of the photos or timelapses can do it justice (here’s the best picture ever though). 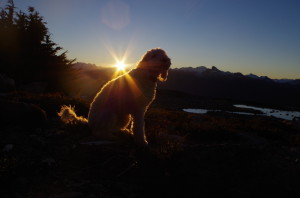 After eating everything again featuring hollandaise sauce by George “Solids and Liquids” Hill and butter-on-butter doughnuts by Joanna “Dunkin Donuts” Gower, we split up to hike things and scramble things and read things and enjoy the sunlight and our youth before global warming kills everything and we all die horrible non-cashew related deaths. 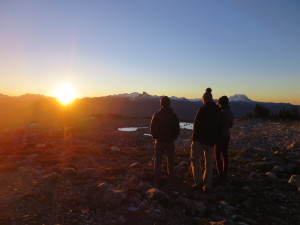 It was a really nice sunrise though

After cleaning up the hut and a solid repair/cleaning of the outhouse by “Solids and Liquids” (THANK YOU GEORGE), we made our way back down to real life. A bold team led by Spencer, George, Swantje, and myself went for another, less cold swim, making everyone else wait for us while we attractively displayed our attractive bodies in the attractive sunlight. In the middle of our break, someone mentioned to Joe “Death by Cashews” that his leg gains from that day didn’t look that impressive, so he sprinted up to the Hut and sprinted back down again. His leg gains looked impressive. With tears in our eyes, amazing food in our bellies, and leftover cashews in our packs, we headed back to civilization.