Posted on September 30, 2011 by Katherine Carey

We began the trip by meeting up at the Squamish Tim Hortons, where old members reminisced and new members stood around a bit awkwardly, before driving up the harrowing road up to the Roe Creek trail head. Adriana, who by the sounds of it can turn any vehicle into an off-road vehicle, was in the lead.

After successful attempts to learn each other’s names we split into two groups. One went to clear the trail from the bottom up, getting rid of slide alder and huckleberry bushes that had grown in the clear-cut. Though it was significantly overgrown, the group was hugely aided by a likely source: the club’s weed whacker/brush saw/death machine wielded like a machete by Marius, and a few strong clippers, and we were done in no time. The second group headed to the boulder field to move some loose rocks and cut up some fallen trees. Luckily, Scott brought his chainsaw. 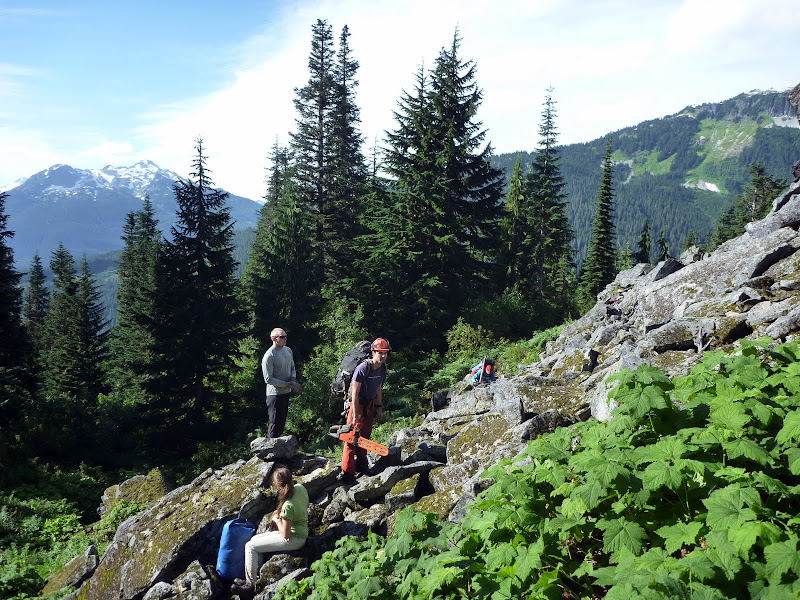 The second group encountered a bit of excitement on their way to starting work by accidentally walking over a wasp’s nest: many were stung, and Sylvia got a chance to experience her first allergic reaction; fortunately it subsided before she needed an epi pen or a hospital.

Once each group had finished work, we headed up the trail in beautiful sunshine, which began in forest, then opened up into alpine meadow, and several glacial lakes. Some of the group decided to escape the bugs and their sweat by having a swim. At Brew Hut, the views were incredible, and there was enough snow for Phil, Nick, and Alfred to use the skis they had brought (and Scott to use Nick’s) to get in some September turns. 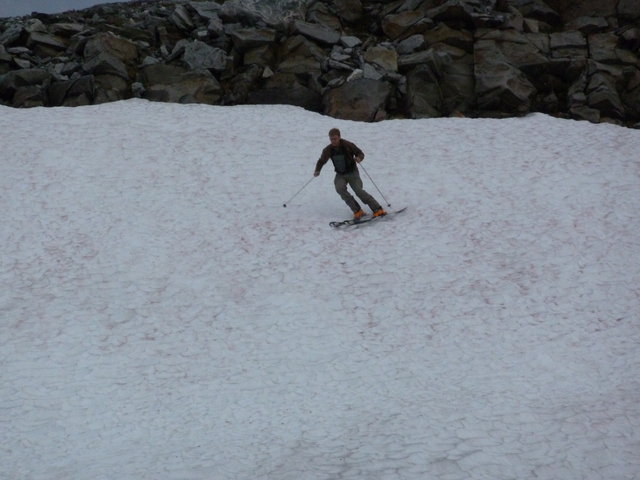 After “rum-aide”, brownies baked by Sandra (being five and a half months pregnant did not stop her from bringing an oven into the back country), and an overnight with winds high enough to prevent walking (or peeing) straight, the group woke to thick fog and heavy rain, which continued the rest of the day. Everyone was thoroughly soaked, but still managed to get some work on the trail done Sunday as well. 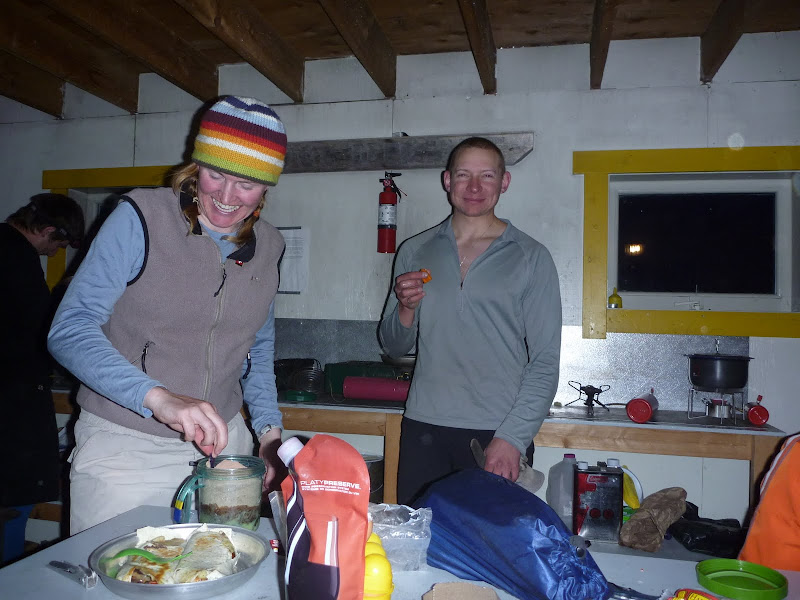 Some of us finished the weekend with a meal in Shady Tree pub in Squamish. Others decided to have more adventure: Alfred discovered a flat in both a tire on his car and in his spare tire. He also discovered that if you ask nicely as a BCAA plus member, the tow-truck driver will tow you back to Vancouver so you can save on gas.

Thanks so much to Phil for organizing this trip!